Cho Seung Woo Hunts For The Shocking Truth Behind A Frightening Accident In “Sisyphus: The Myth”

The fantasy-mystery drama stars Cho Seung Woo as Han Tae Sool, a genius engineer who embarks on a perilous journey to bring to light hidden beings that are secretly residing in our world, and Park Shin Hye as his savior Kang Seo Hae. She comes from a future that has fallen into ruin due to a war, and she takes on the task of protecting Han Tae Sool in order to save the world.

Han Tae Sool, who has been living a smooth life as the CEO of the company Quantum and Time, suddenly has his life turned upside down due to an unexpected airplane accident. The preview of the first episode depicts the frightening moment of the fall. Even from the brief clip of Han Tae Sool struggling inside the airplane, viewers can see that an intense story will begin to unfold starting with the first episode.

During the urgent crisis, Han Tae Sool still manages to gather his wits together and successfully wraps up the situation. However, the plane accident takes Han Tae Sool to an unexpected location. This explains the reason why Han Tae Sool is standing in a field of reeds in the newly released stills. While holding colorful flags in one hand, he focuses intently on his tablet screen, looking deep in thought as if he’s searching for something. Viewers are curious to find out what he could be looking for and what shocking truth will be unveiled that will change Han Tae Sool’s life completely. 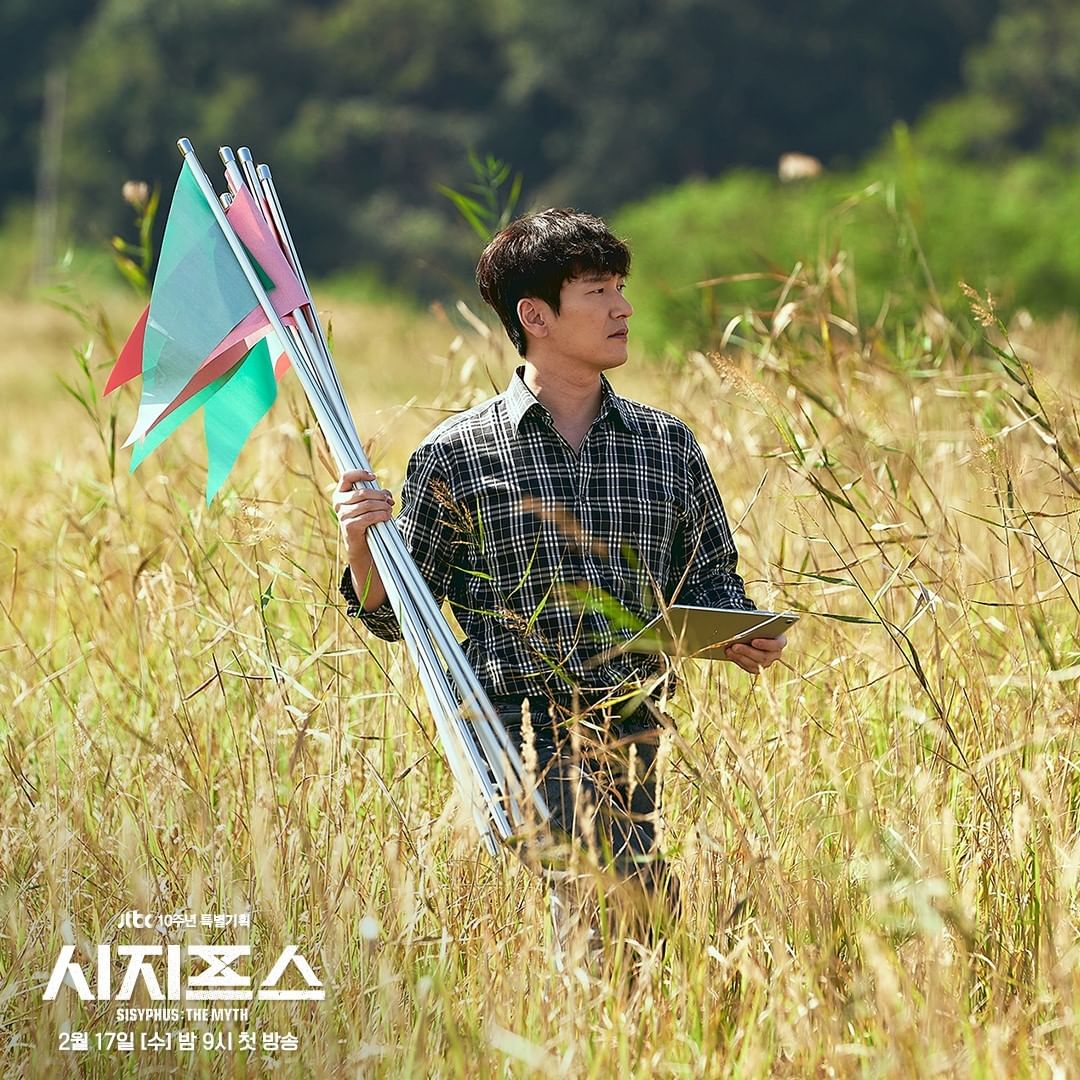 The production team shared, “Han Tae Sool faces a shocking truth due to an unexpected airplane accident. This is an important first event in which Han Tae Sool takes a step towards ‘Sisyphus’s fate.’ Please pay attention to the events that Han Tae Sool gets swept up in from the first episode without taking your eyes off for even a second.” 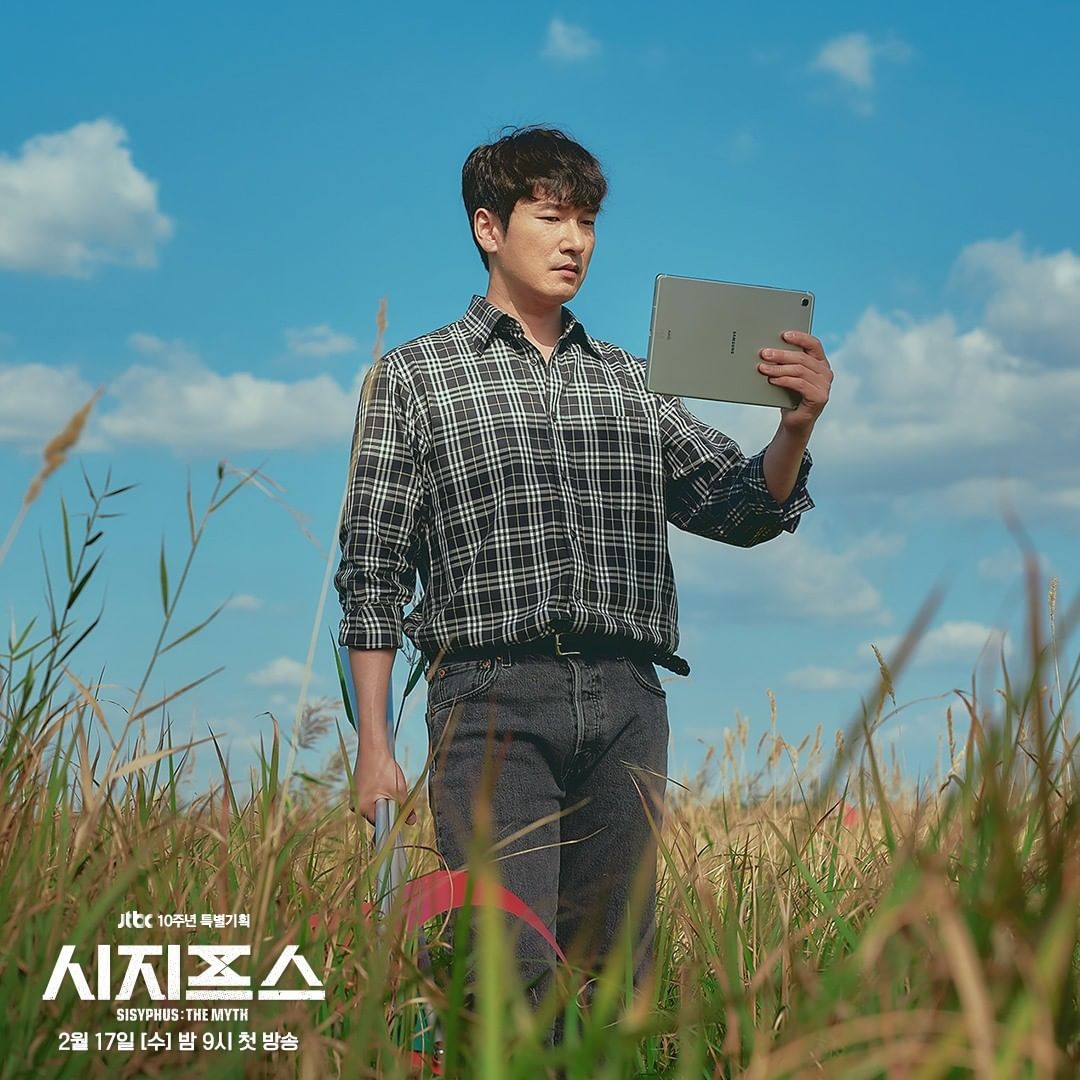 “Sisyphus: The Myth” premieres on February 17 at 9 p.m. KST. Watch a teaser for the drama here!

In the meantime, watch Cho Seung Woo in “Inside Men” below!