Former AOA Member Choa Opens Up About Her Current Daily Life, Her Long Hiatus, And More

Former AOA member Choa recently appeared on the February 16 episode of tvN’s “On and Off.”

Choa debuted with AOA in July 2012 and left the group in June 2017. After her departure from the group, she took a long hiatus from entertainment activities. On “On and Off,” she explained, “I thought I was a very positive and optimistic person, but one day it was like the fuse had blown. I suddenly felt tired. I couldn’t sleep well and my exhaustion kept building up.”

She added, “At the start of an idol’s career, there are lots of things that the agency staff takes care of. I realized that even though I was an adult in age, I had no idea how to do anything.” 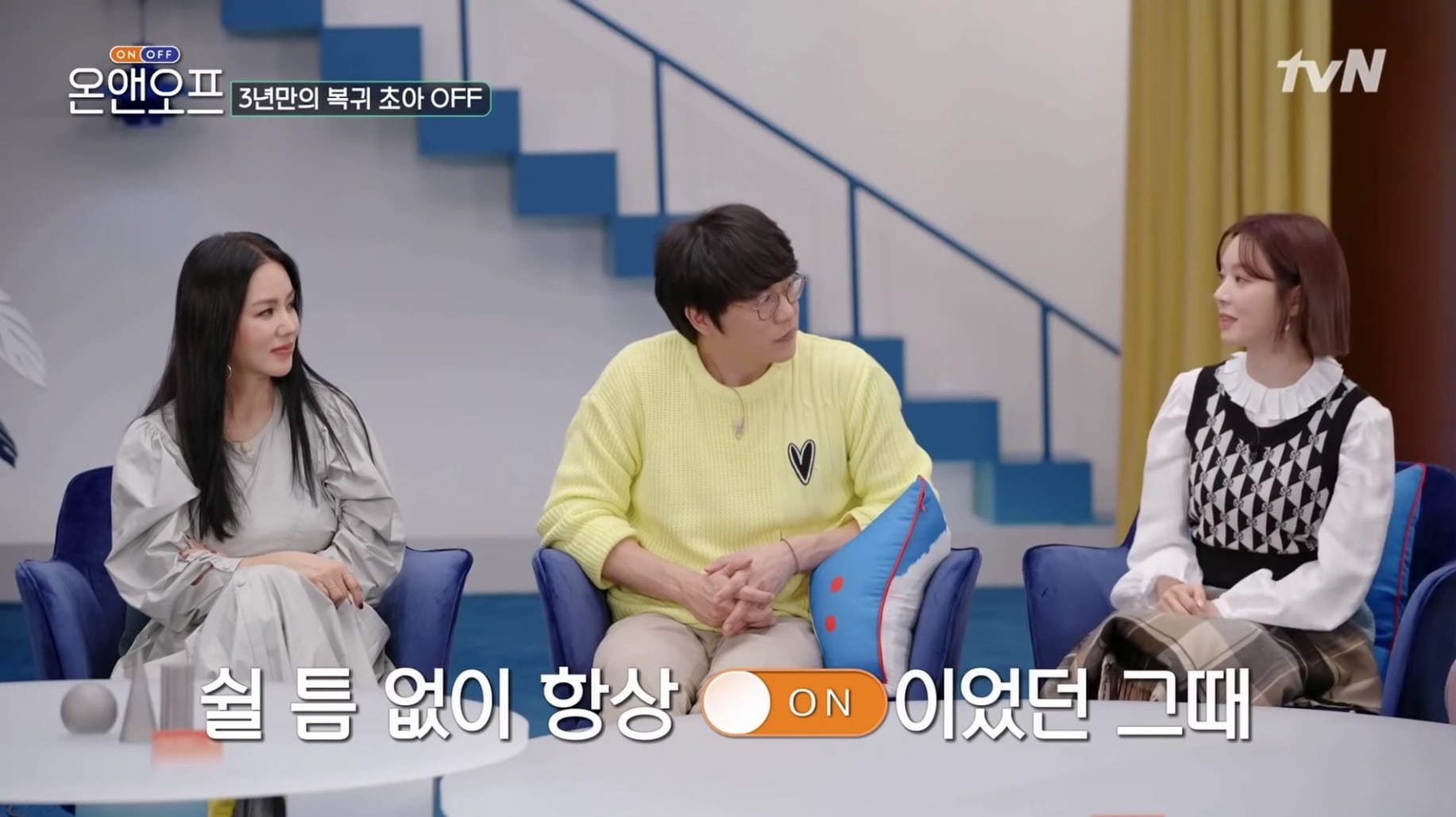 Choa shared that she had used the time of her hiatus to recharge. “I slept well, ate well, and traveled around,” she said. “I took as much rest as I needed. After taking a long break, I missed seeing everyone, so I decided to come back. To do my own broadcasts [on YouTube] and ‘On and Off,’ I moved to Seoul. I did some legwork and found a place to rent.” 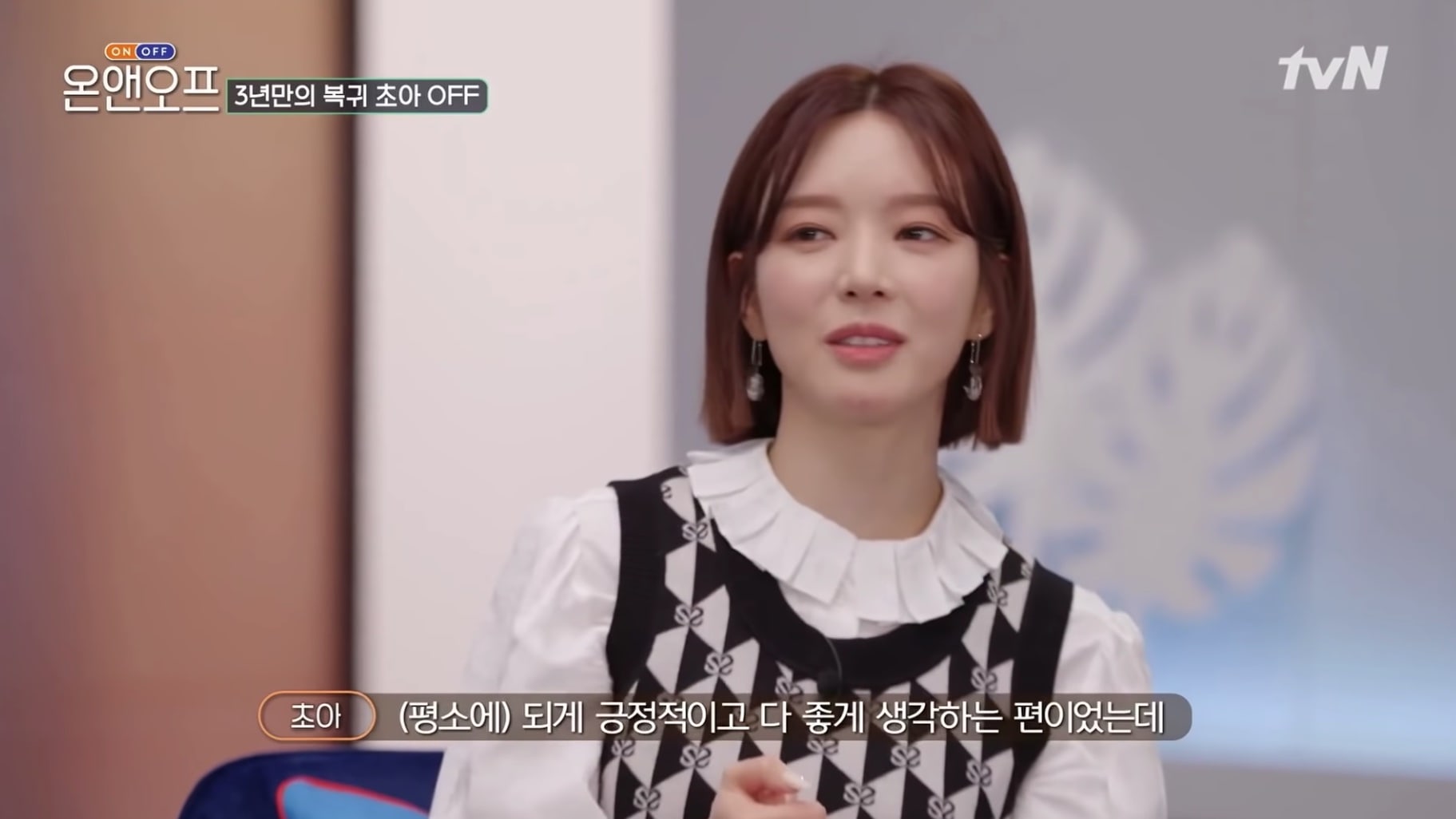 On “On and Off,” Choa showed her everyday routine. She woke up around 9 a.m. and checked the stocks as soon as she woke up. After selling about 20 stocks, she turned on the TV and watched economic broadcasts related to stocks. She said, “I started this after the stocks fell a lot due to COVID-19. It’s something I’ve always wanted to try, so I just tried it. I’m a beginner, but I’m making some money. My results have been pretty good.” 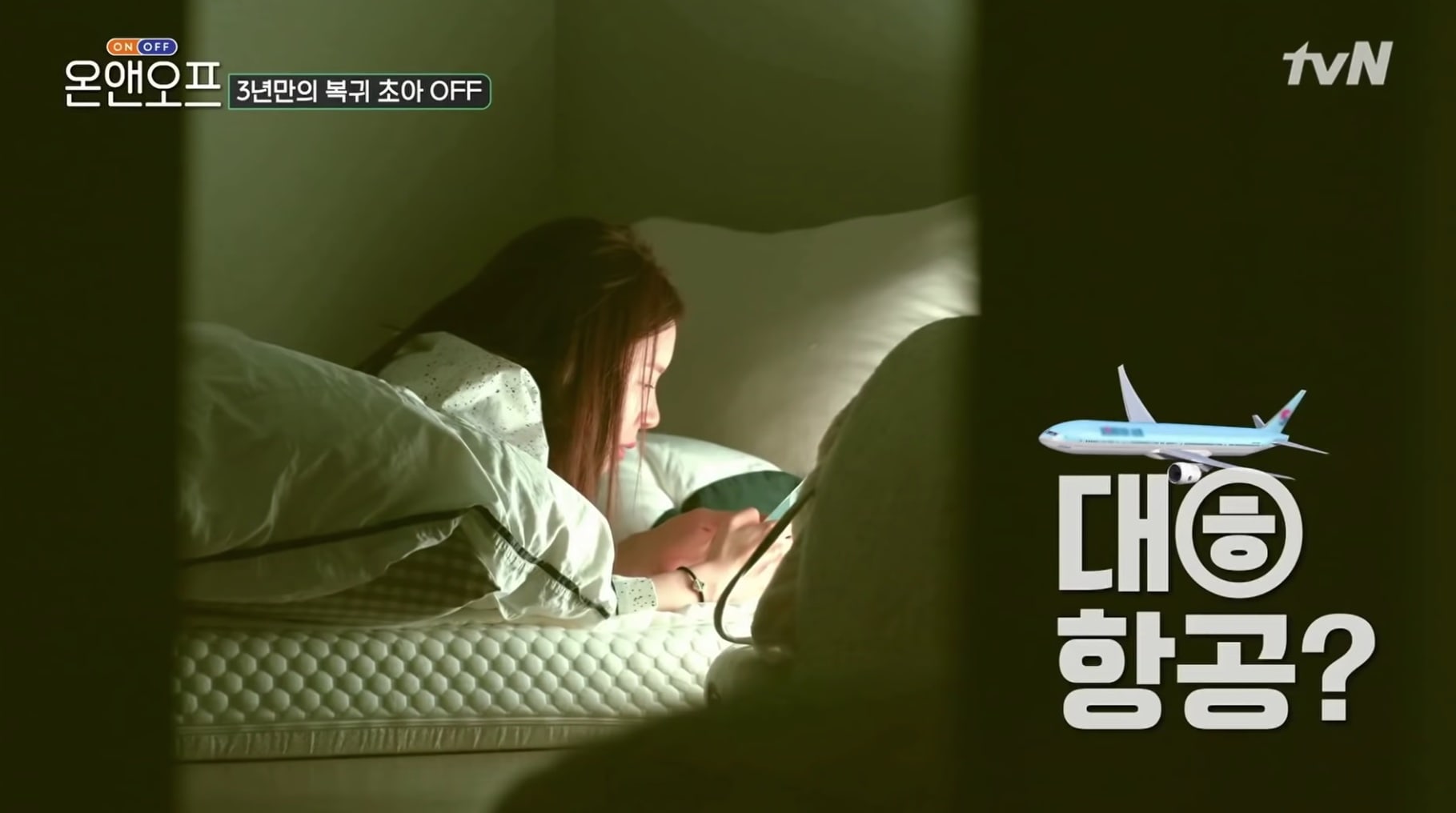 Choa then organized her clothes, giving away several pounds of clothes that no longer fit or that she no longer wore. She attempted some DIY remodeling to make a dry bathroom, but ran into some problems. She also debated between growing out her hair or keeping her usual short cut, and ended up cutting her hair again. After refilling her car’s gas tank and making her own food, she checked the stocks again and said, “I haven’t suffered any losses.” 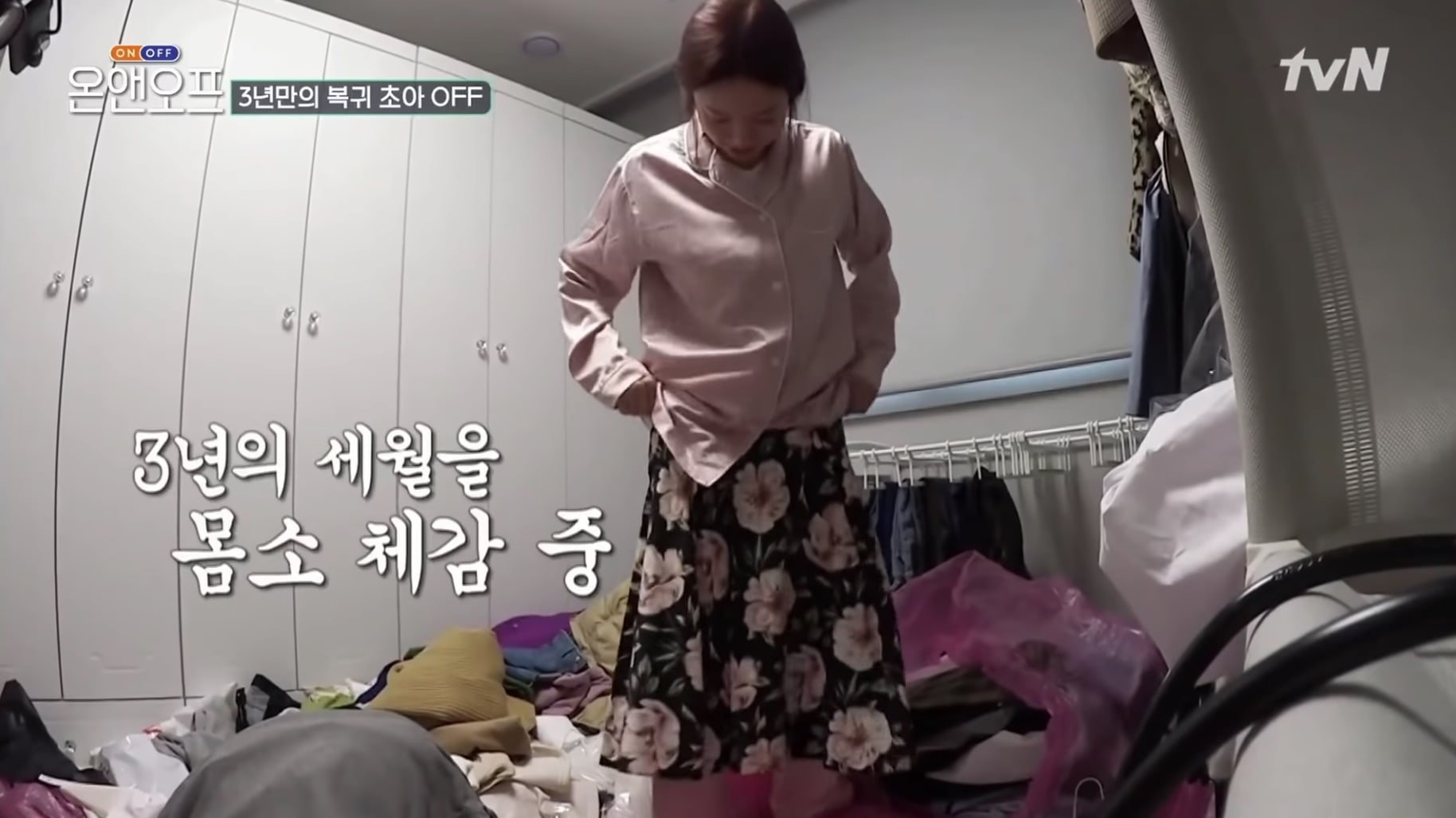 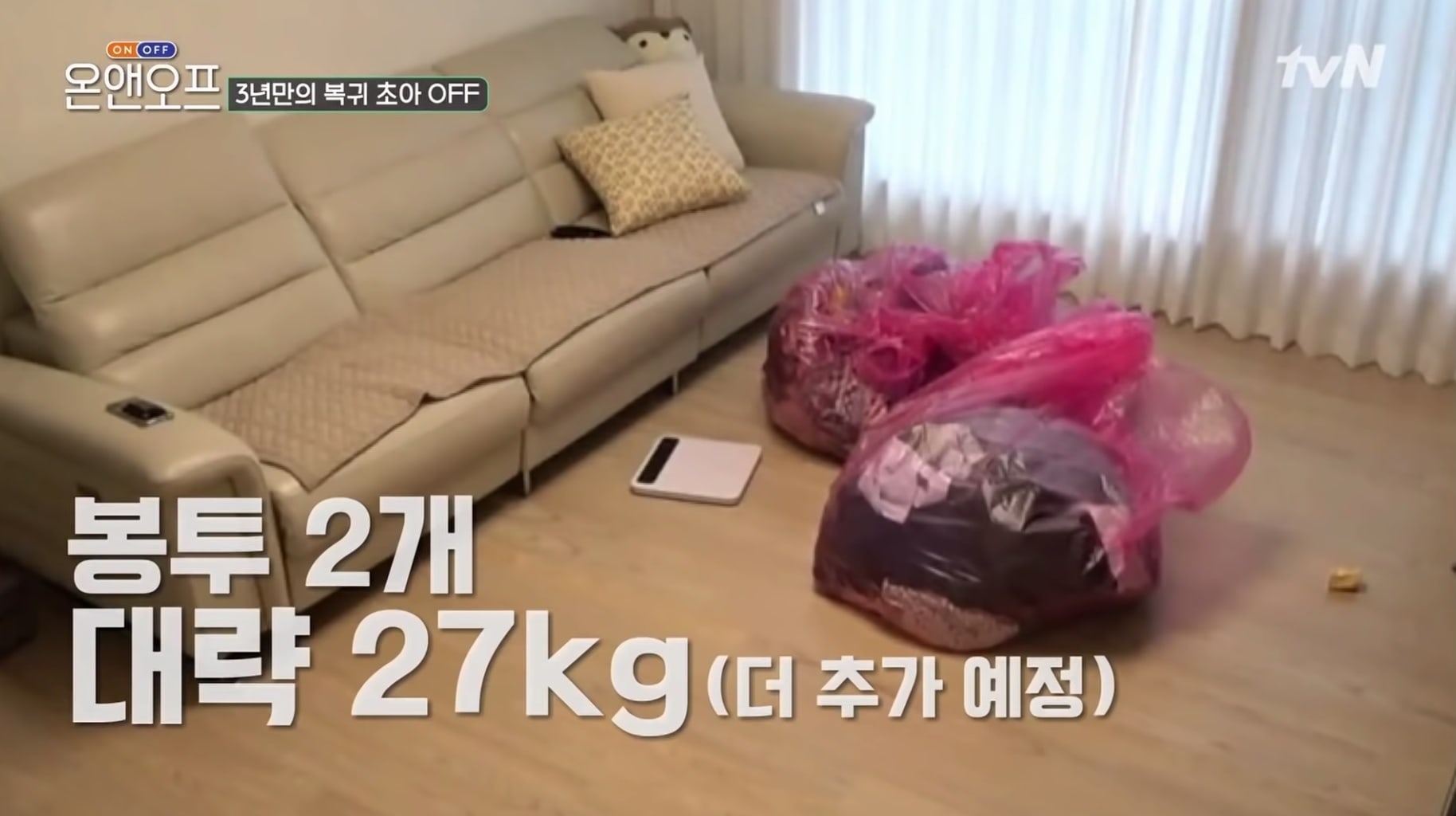 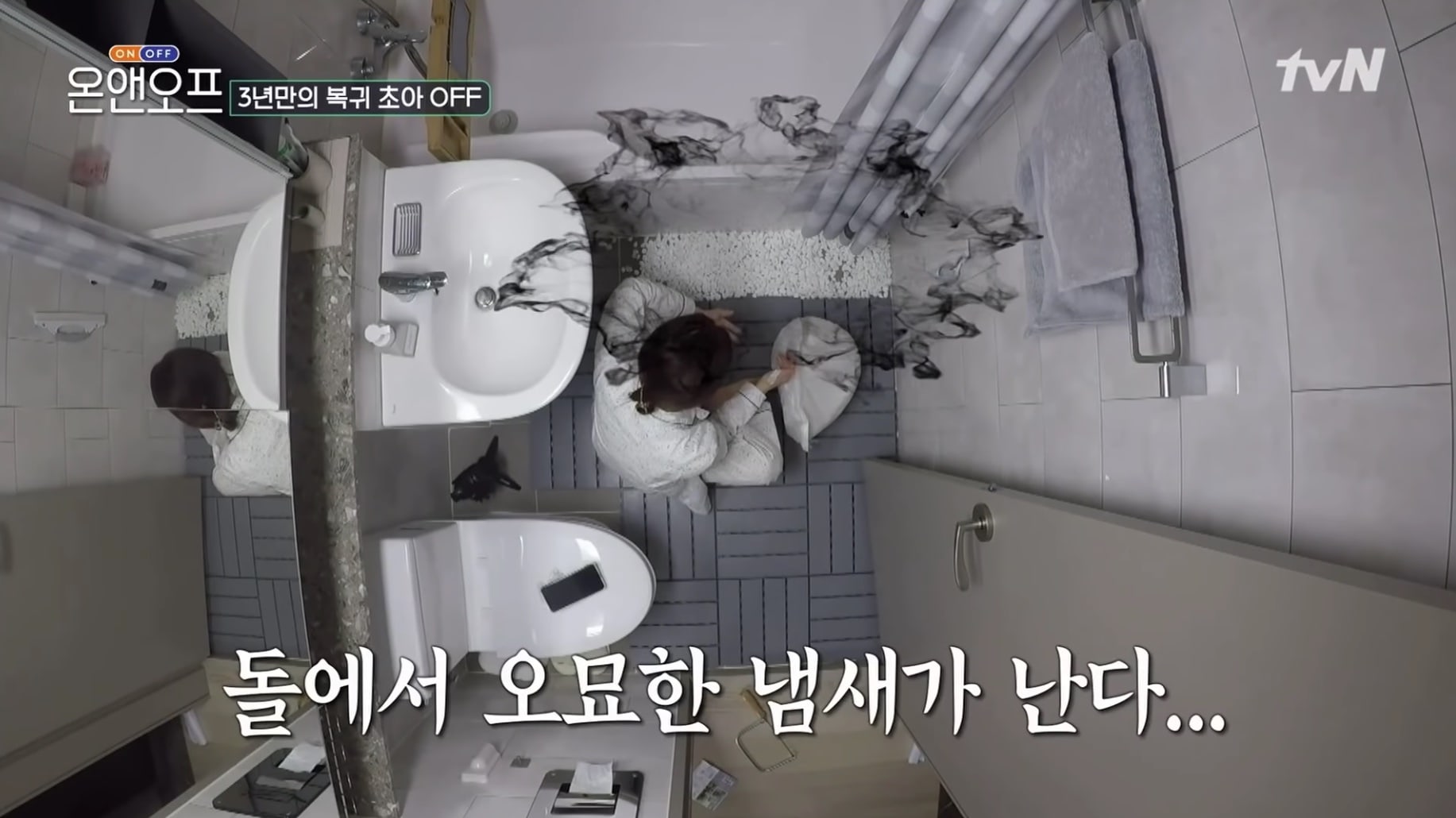 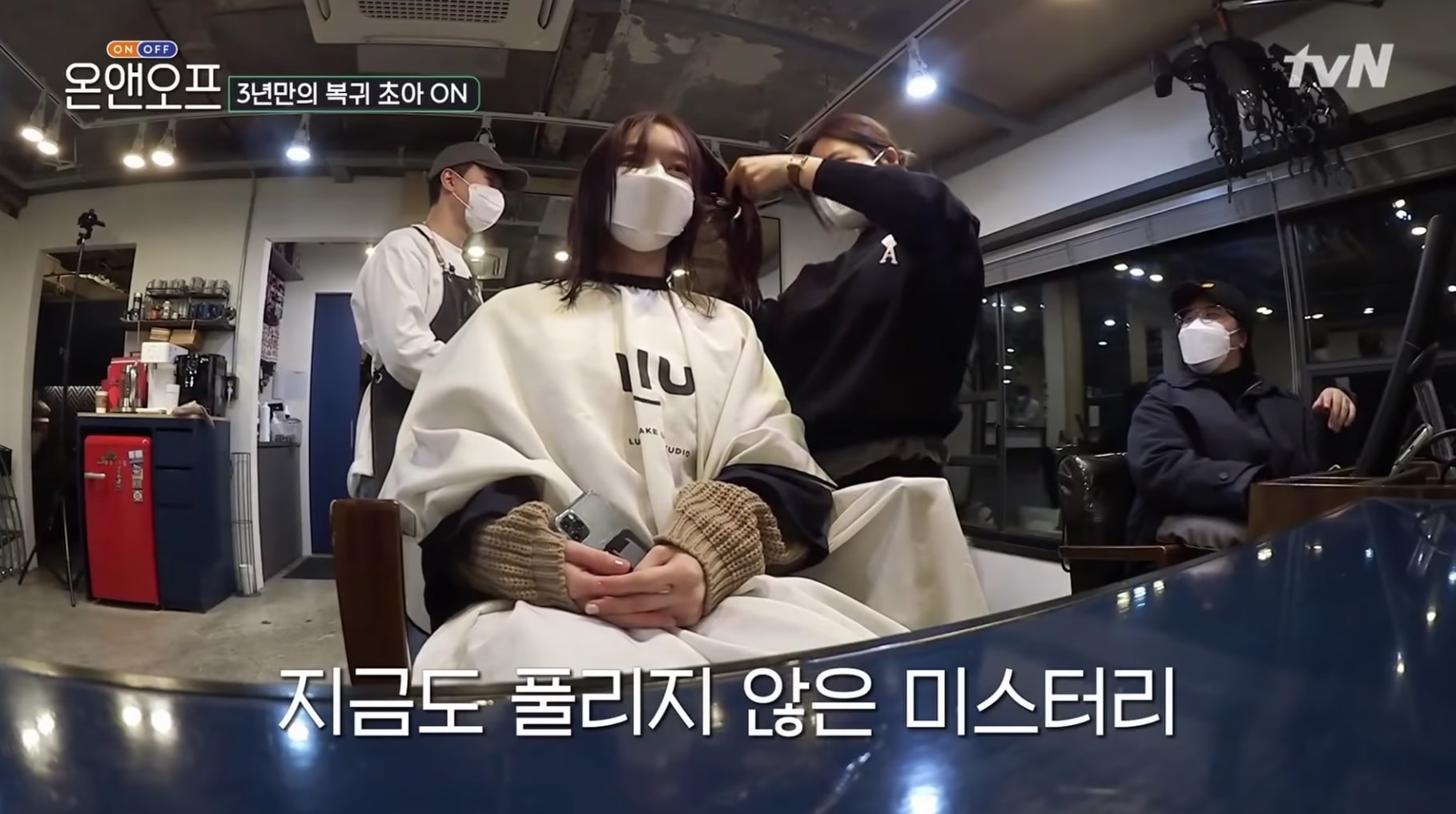 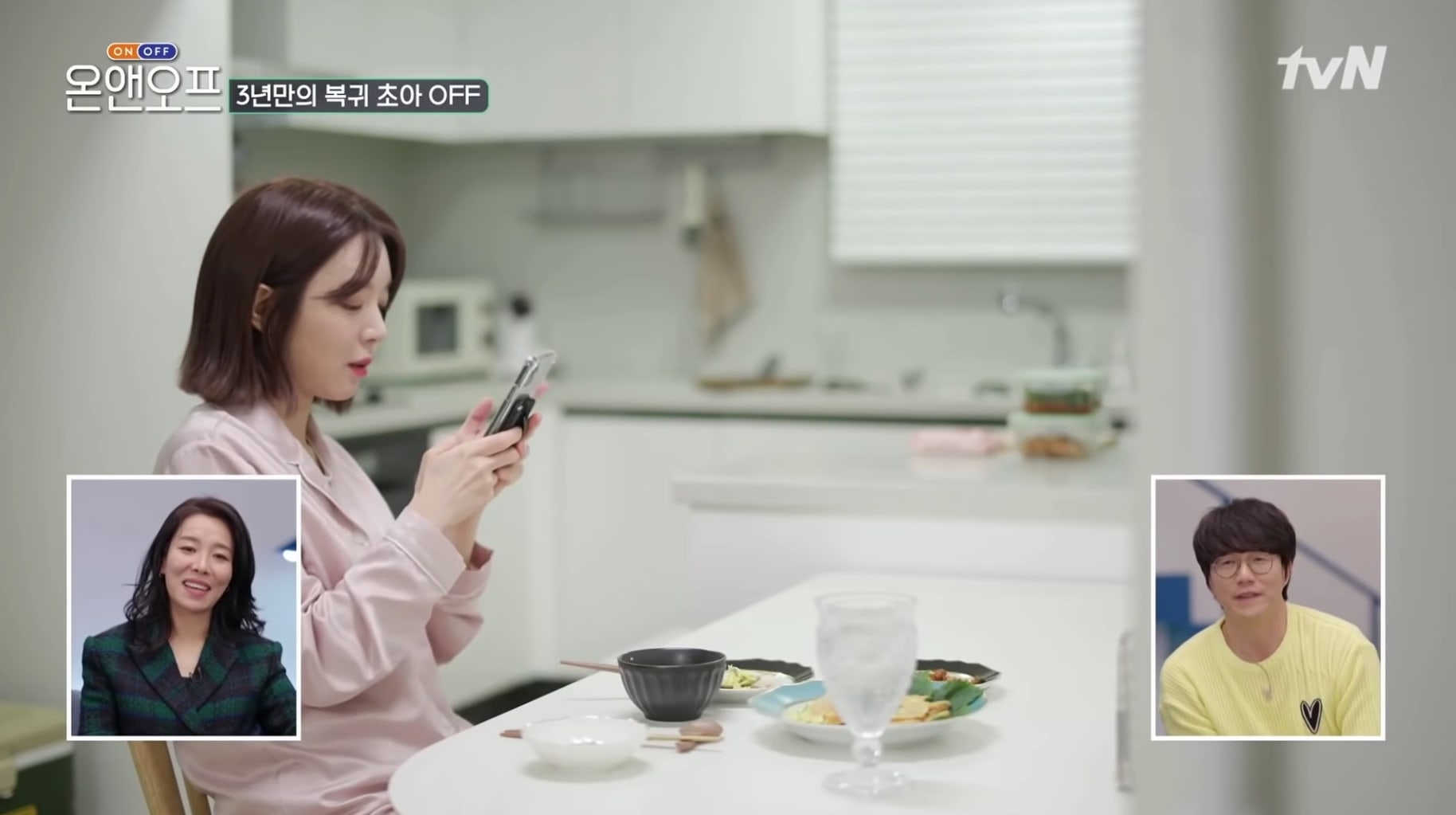 Choa
On and Off
How does this article make you feel?