Lee Do Hyun will appear in JTBC’s upcoming drama “Beyond Evil”!

The psychological thriller is about two men who are willing to break rules and the law in their pursuit of a serial killer. As they attempt to track down the murderer, they must repeatedly ask themselves, “Who is the monster? Is it you? Is it me? Is it us?”

Yeo Jin Goo will star in the drama as Han Joo Won, a highly capable detective who seems to have everything going for him but harbors a hidden secret. He ends up transferring to the local police station in the quiet village of Manyang, where former detective Lee Dong Shik (played by Shin Ha Kyun) has been demoted to doing menial work.

The newly released stills give insight into Lee Dong Shik’s past and present. Lee Do Hyun will make a special appearance in the drama as the younger version of Lee Dong Shik from 20 years ago. In the stills, Lee Dong Shik (Lee Do Hyun) sits comfortably, playing his guitar with a bright smile on his face. However, his smile quickly fades as he shares a tense confrontation with the cafe employee Bang Joo Sun (Kim Hee Uh Ra). In a previously released highlight teaser, Lee Dong Shik was revealed as a suspect of Bang Joo Sun’s murder 20 years ago. 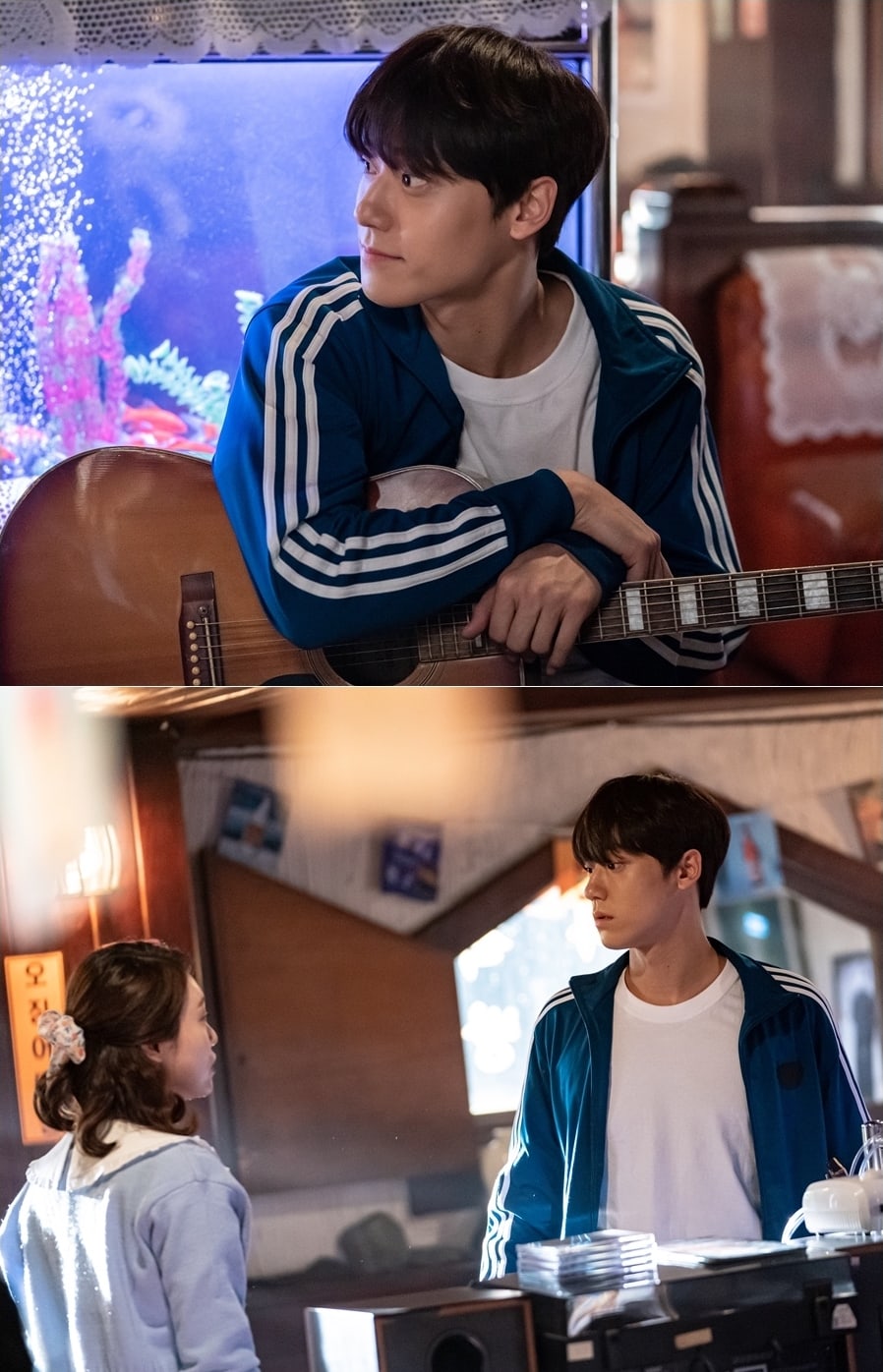 Viewers are curious to learn more about Lee Dong Shik’s mysterious past and the reason he became a police officer following the mysterious murder case. Although Lee Dong Shik was a violent crimes detective, he is now only in charge of menial tasks at the police station. Lee Dong Shik’s life changes when he reencounters a case similar to the unusual serial killer case that shook up his world 20 years ago. In the stills, Lee Dong Shik’s poker face draws curiosity about his real story and the truth he is hunting. 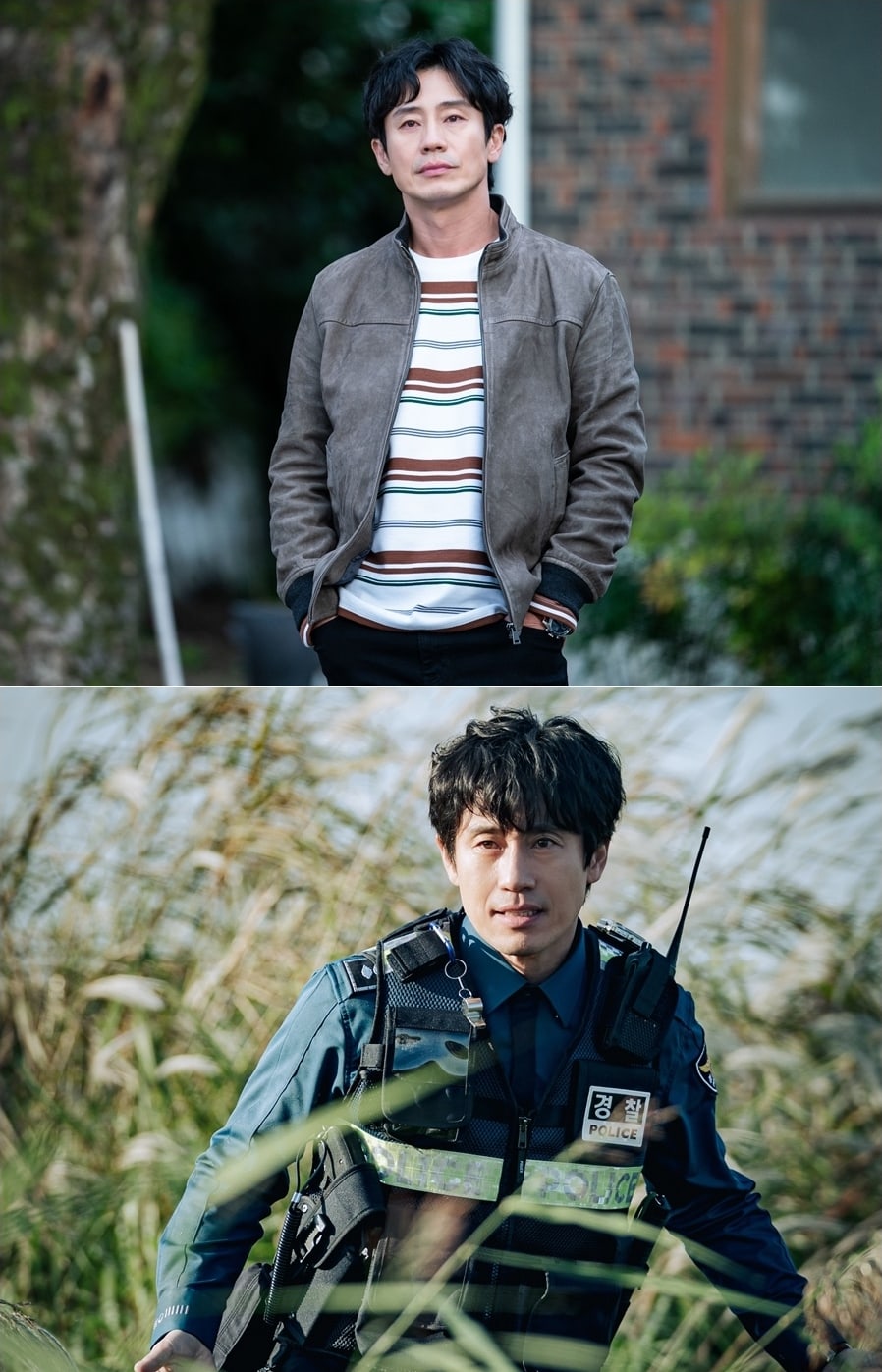 Shin Ha Kyun shared, “Lee Dong Shik is a figure who couldn’t help but turn crazy because he was overflowing with sadness. Because of that, he heads out to solve cases with his own method. I tried to portray the difference between his inner self and outer self well.” Furthermore, after receiving love for his performance in “18 Again” and “Sweet Home,” Lee Do Hyun is expected to impress once again with his skilled acting.

The production team of “Beyond Evil” shared, “The narrative of Lee Dong Shik’s past is one of the important points interlocking with the present case. Actor Lee Do Hyun added strength to the completion of the drama with his special appearance as Lee Dong Shik, who faced a sudden change in his 20s. Please check out the first episode to see the hidden story behind the case that shook up Lee Dong Shik and Manyang 20 years ago.”

“Beyond Evil” will premiere on February 19 at 11 p.m. KST. Watch a teaser for the drama here!

In the meanwhile, watch Shin Ha Kyun in “Fix You“:

And watch Lee Do Hyun and Yeo Jin Goo in “Hotel Del Luna“:

Shin Ha Kyun
Lee Do Hyun
Beyond Evil
How does this article make you feel?