“Mouse” is about an upright but naive young police officer named Jung Ba Reum (Lee Seung Gi) and a lawless detective named Go Moo Chi (Lee Hee Joon) who cares for nothing but revenge after a serial killer murdered his parents when he was a child. The two of them team up to chase down an evil predator who is described as being in the “top 1 percent” of psychopaths.

The newly released stills feature Jung Ba Reum and Oh Bong Yi conversing near the entrance to their neighborhood. After stopping Oh Bong Yi who was passing by him, he shows her a flyer that was stuck to the wall. However, Oh Bong Yi turns around after laughing coldly and giving him some sort of warning.

Jung Ba Reum shows concern as he hands over the bag of medicine he’s prepared beforehand, but Oh Bong Yi seems to respond in anger and frustration, leaving Jung Ba Reum behind. Viewers are curious to find out the reason behind Oh Bong Yi’s cold attitude towards Jung Ba Reum, who is known for his positive energy in the neighborhood. Furthermore, the stills raise questions about what could be connecting the two characters, as there seems to be more to their relationship than one normally between a police officer and a high school student. 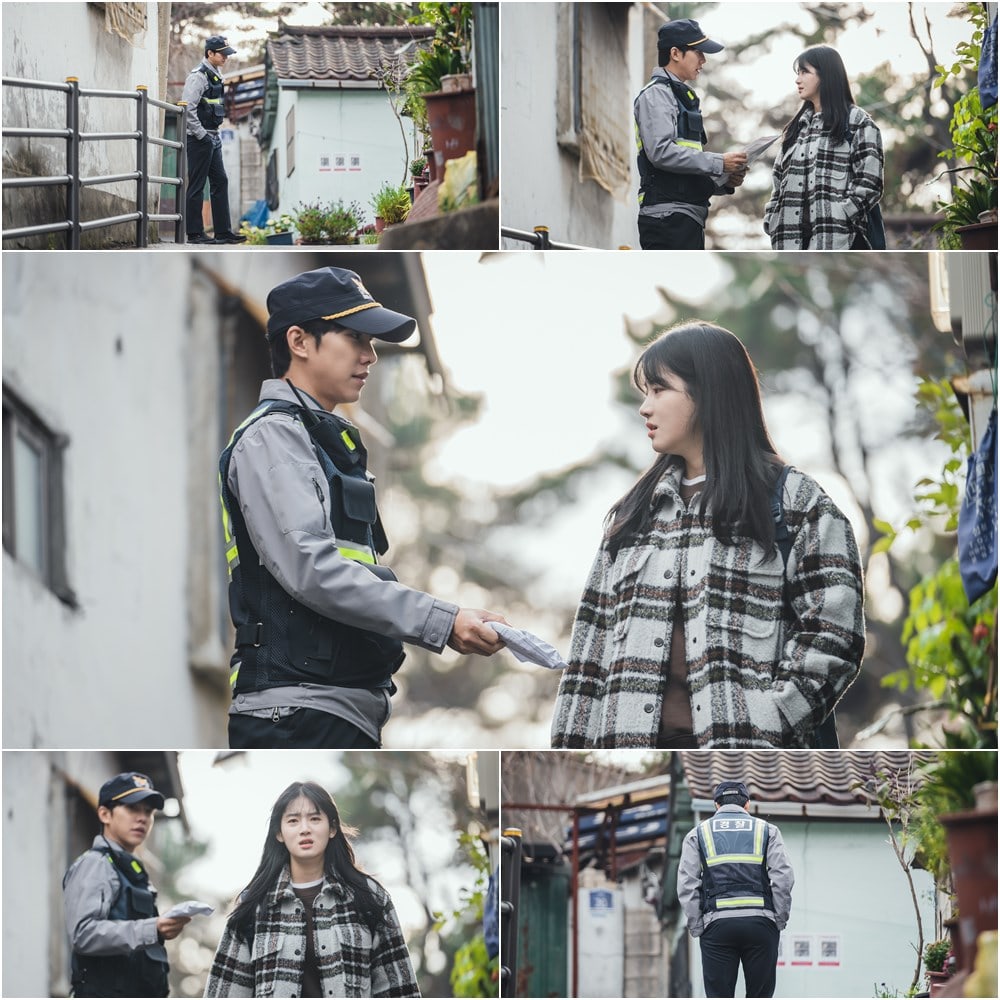 While filming the scene, Lee Seung Gi and Park Ju Hyun warmed up the set by showing concern for the staff due to the cold weather. While the staff were preparing for the scene, the two actors worked hard by rehearsing their movements and lines. Lee Seung Gi and Park Ju Hyun quickly completed the scene with their exceptional focus when filming actually began.

The production team praised, “Lee Seung Gi and Park Ju Hyun are actors that complete scene after scene with their thorough preparation and earnest attitudes to the extent that they don’t need any special directing.” They added, “Please look forward to the bickering chemistry between Jung Ba Reum, who is called the No. 1 choice to be a suitable son-in-law in the neighborhood, and the problematic high school student Oh Bong Yi.”