The new fantasy-mystery drama stars Cho Seung Woo as Han Tae Sool, a genius engineer who embarks on a perilous journey to bring light to hidden beings that are secretly residing in our world, and Park Shin Hye as his savior Kang Seo Hae. She comes from a future that has fallen into ruin due to a war, and she takes on the task of protecting Han Tae Sool in order to save the world.

Director Jin Hyuk described how the idea for “Sisyphus: The Myth” was born. “The story may seem like it’s fantasy, but it’s actually based on real-life events,” he revealed. “Four years ago when I was planning dramas with the screenwriters, it was when there was a possibility of nuclear weapons being used or a war breaking out. People outside the country were surprised at how Korean citizens just went about their work as usual. The plan for the drama started when we wondered what our reaction would be if a tragedy had actually happened.” 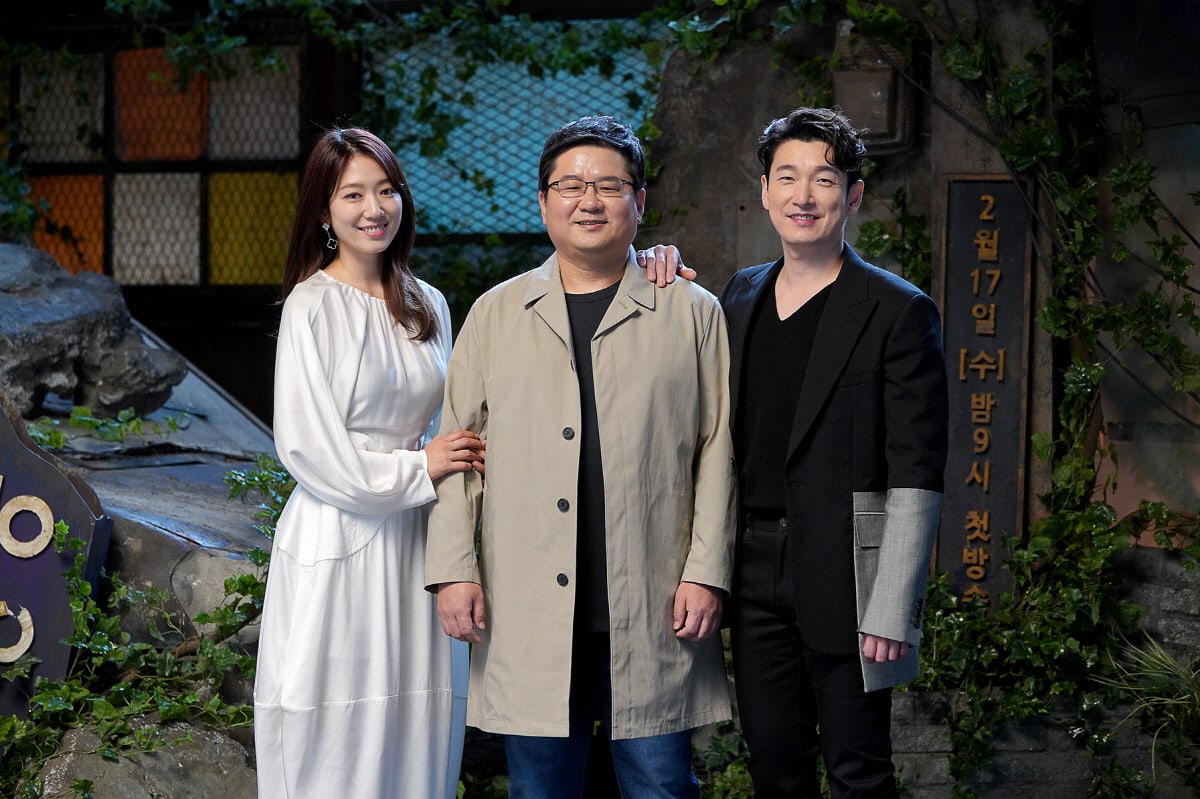 The drama marks Cho Seung Woo’s first attempt at the fantasy genre, and he recalled being intrigued by the idea of a world where the present and the future co-exist. “It was also scary to imagine how the South Korea in 2035 would be portrayed in ruins. I grew interested in that kind of thing, and how it would be embodied and portrayed,” he said. “More than anything, I chose the drama because of the compassion that Han Tae Sool and Kang Seo Hae share, and it’s also my first time acting in a genre that has all of these elements so I was really curious and excited.”

Park Shin Hye described how she prepared for her role, sharing, “I practiced with the action team about a month and a half before shooting began and tried to get used to the movements. As for the scenes in the future, we went to actual abandoned streets in Myeongdong and locations similar to wastelands and I got kind of used to those surroundings.” 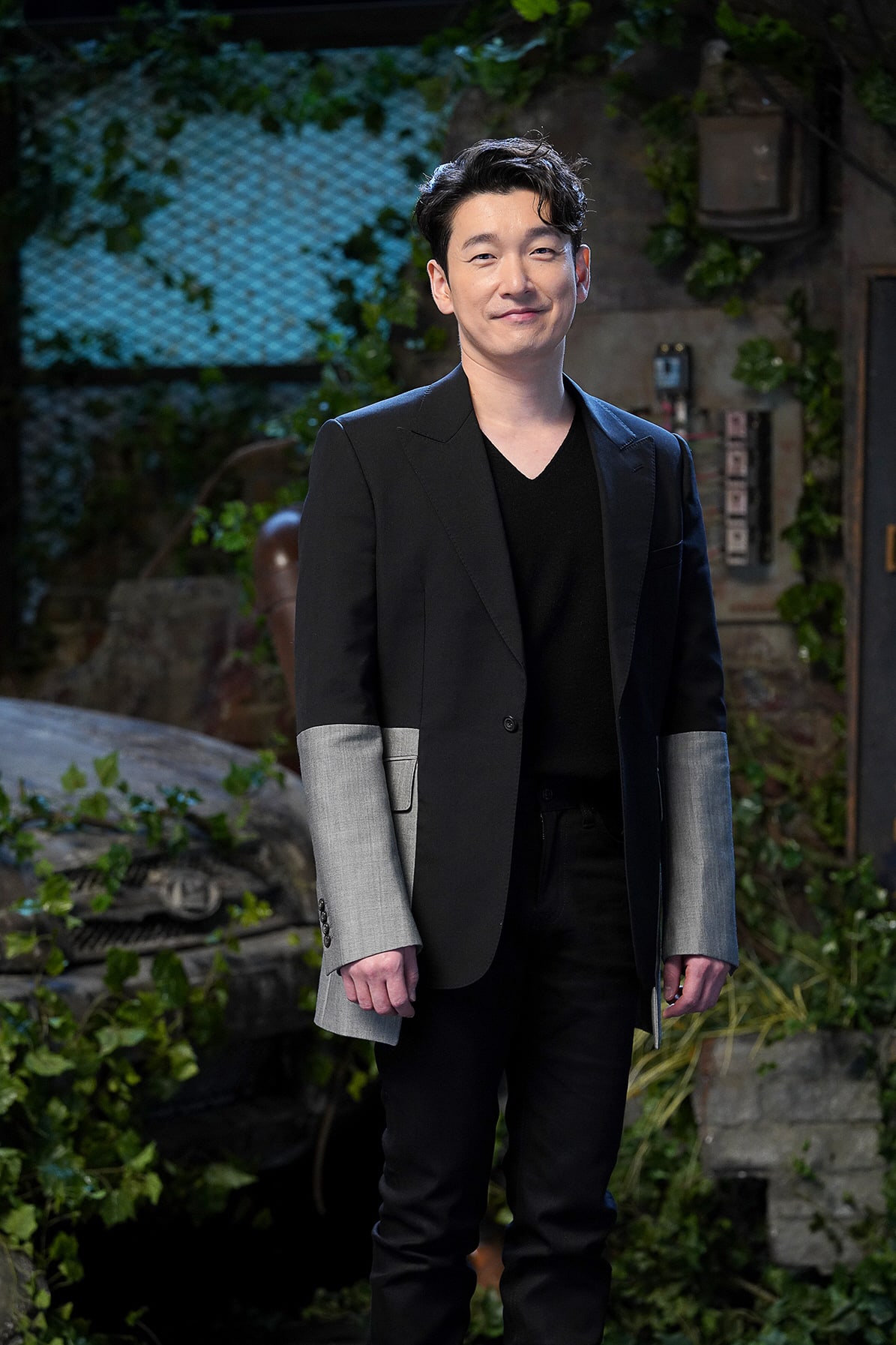 Director Jin Hyuk expressed his confidence in the two lead actors as he said, “From the beginning, we wanted Cho Seung Woo and Park Shin Hye, and if even just one of them said no I would have said to do a different drama.” Cho Seung Woo humorously chimed in, “The character description was someone who was born in 1988 and 183 centimeters tall, so I thought, ‘They weren’t looking for me.’ The description was changed to someone born in 1982 so I immediately decided I was in.”

Park Shin Hye also said that she and Cho Seung Woo had perfect synergy on set. Explaining how Cho Seung Woo helped her throughout filming, she said, “There are definitely some difficult scenes, and while filming there were times where I would get overwhelmed even though it was clearly my job to see it through. However, whenever that would happen, he would be there. There’s things that happen out of trust when you rely on each other. There were so many moments like that that whenever he wasn’t on set I would wait for him. I realized how differently I acted when we filmed separately compared to when we filmed together.” 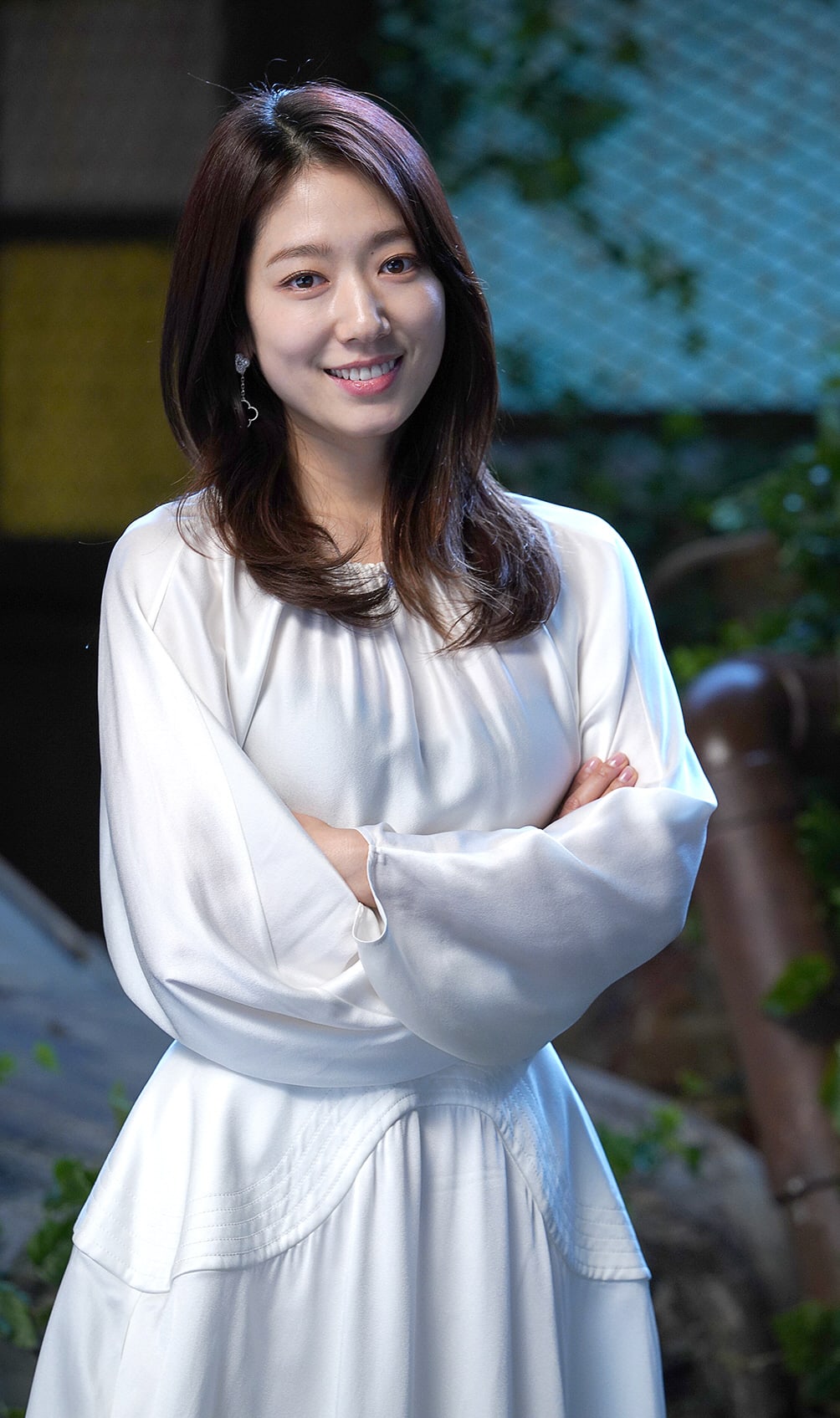 Cho Seung Woo also held Park Shin Hye in high regard as he described how she guided him through filming, having been on set two months longer than he had. “Excluding the director, she was the boss on set. She brought everyone together and looked after the staff and other actors, so even before seeing her as an actress I saw her as a really great person,” he said. “When you look into the other person’s eyes you can tell whether or not they’re 100 percent sincere about what they’re doing. When I saw her pouring her soul into every single scene and drawing upon and expressing those emotions, I thought she was amazing.”

Park Shin Hye shared what she hoped the drama would accomplish, saying, “I hope that this drama is one that satisfies your eyes, ears, and all five of your senses as you find out how Han Tae Sool and Kang Seo Hae will alter the future in the midst of their repeated fate. I hope this drama can bring everyone just a little bit of hope or comfort.”

Cho Seung Woo added, “The message and subject of this drama might appear simple, but it can also be the story of you all who watch it. I think this is a drama that presents the results that come out of the choices we make in our lives. If you pay attention to the mindset and hope embedded in those choices you will be able to relate to the drama even more.”

Check out Park Shin Hye In “Doctors” below!