“Hello, Me!” is a fantasy romantic comedy drama about a 37-year-old woman named Ban Ha Ni (Choi Kang Hee) who falls into a slump in both work and love and is visited by her 17-year-old self (Lee Re), who was full of passion and unafraid to take on the world.

PD Lee Hyun Suk shared what sets the drama apart from other “time-slip” dramas. “Our drama’s charm is its warmth,” he said. “There are lots of genres among ‘time-slip dramas.’ You can go to the future or there are some technological aspects involved. But ‘Hello, Me!’ is less of a ‘time-slip’ drama than what happens when a past self comes to visit you in the present.”

Choi Kang Hee’s character, Ban Ha Ni, is a 37-year-old woman who works as a contract employee at Joa Confectionery. The actress said, “37 isn’t an old age, but it represents a symbolic low point in this ordinary woman’s life. Even before I received the casting offer, I was interested in the title. I’ve done a lot of youth dramas, so I like dramas where people grow. This isn’t a story about young people’s growth, but of an adult’s growth. I thought the drama had a comforting message that says, ‘You’re okay as you are right now.'” 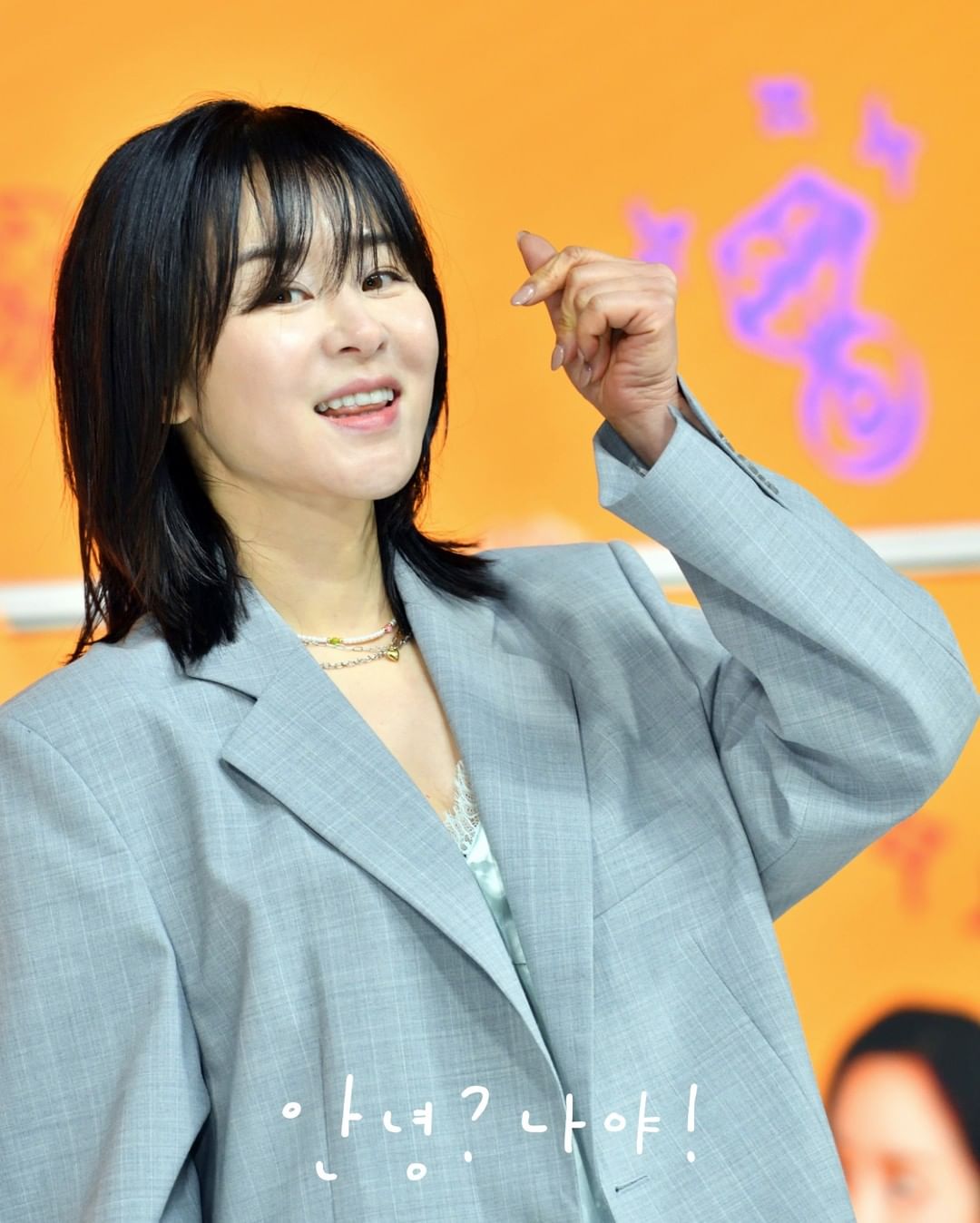 Kim Young Kwang’s character, Han Yoo Hyun, is the only son of the president of Joa Confectionery. He was born with a golden spoon in his mouth, but he is a free spirit who still hasn’t grown up. The actor said, “The first thing I thought after I read the script was that filming would be fun. Although he’s physically all grown up, he’s still a little kid on the inside. He acts in a way that most adults wouldn’t behave. I think that’s his own unique charm. He’s childish and plays a lot of pranks. Even though he’s grown older, he is still young at heart.” 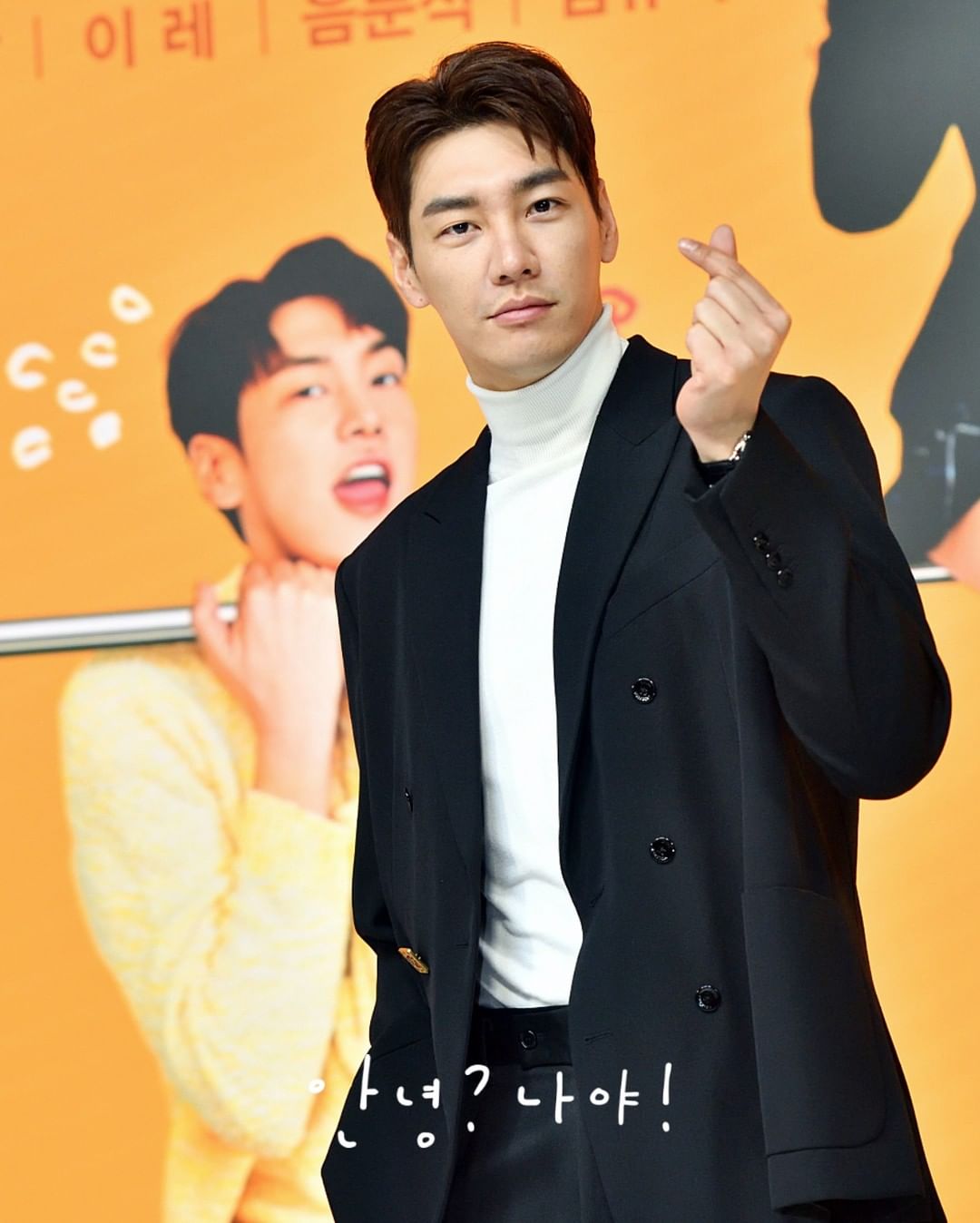 Lee Re plays the 17-year-old version of Ban Ha Ni, who suddenly finds herself 20 years in the future. The actress said, “She’s a lovable, warm-hearted person who knows how to look around her and how to receive love from others. I had fun reading the script when I first got it. I kept imagining what would happen to Ha Ni, so I read the script in one sitting. I hope that the drama will give a lot of comfort to people.” 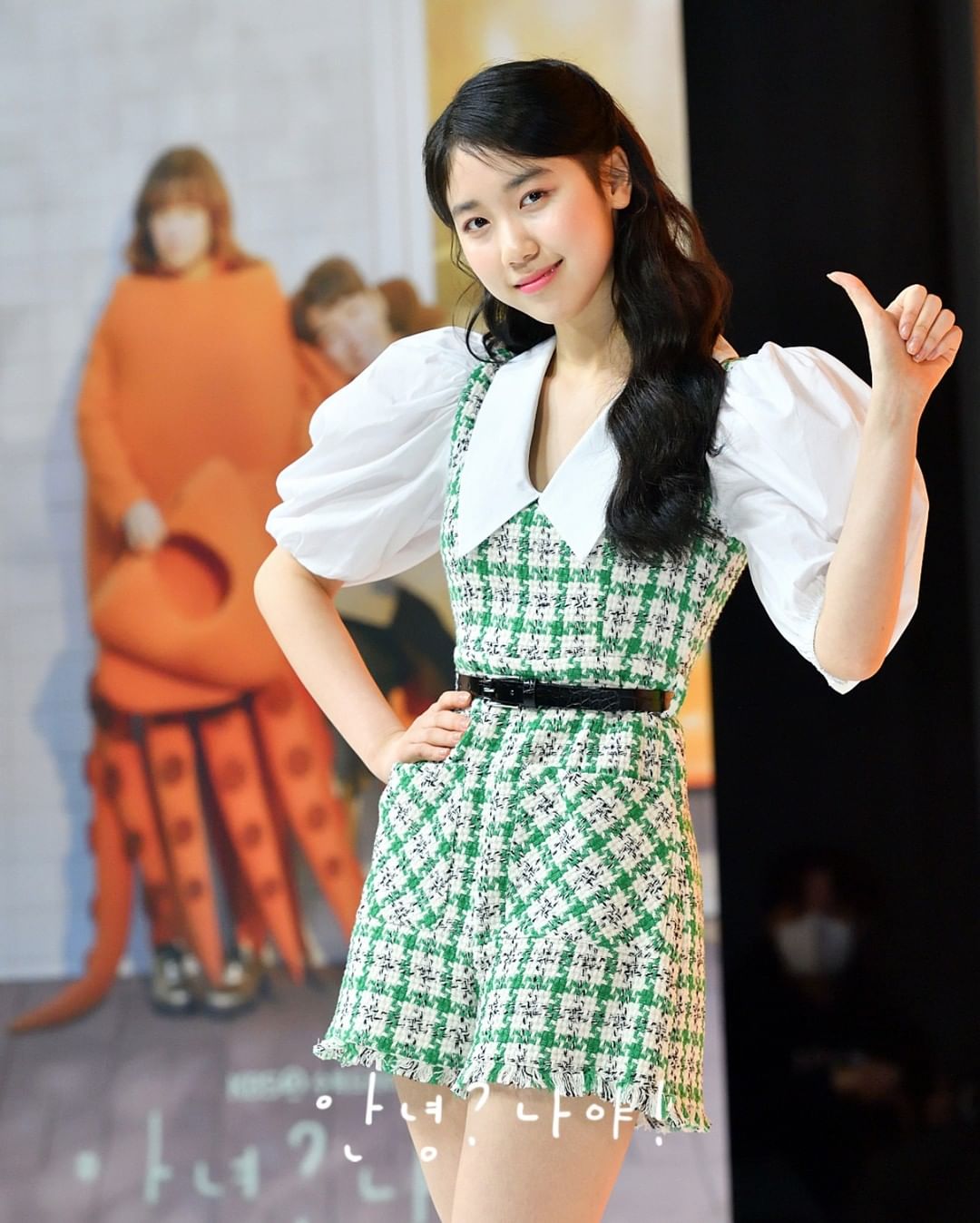 Eum Moon Suk plays Ahn So Ni, a former top star who is known for his high-maintenance demands. The actor said, “He’s a washed-up top star, but he also has an incredible secret in his past. I think that viewers will see his appeal when they watch the drama. When I read the script, I could imagine what it would look like on video. The characters aren’t perfect but all have some flaws. There was something beautiful about those gaps.” 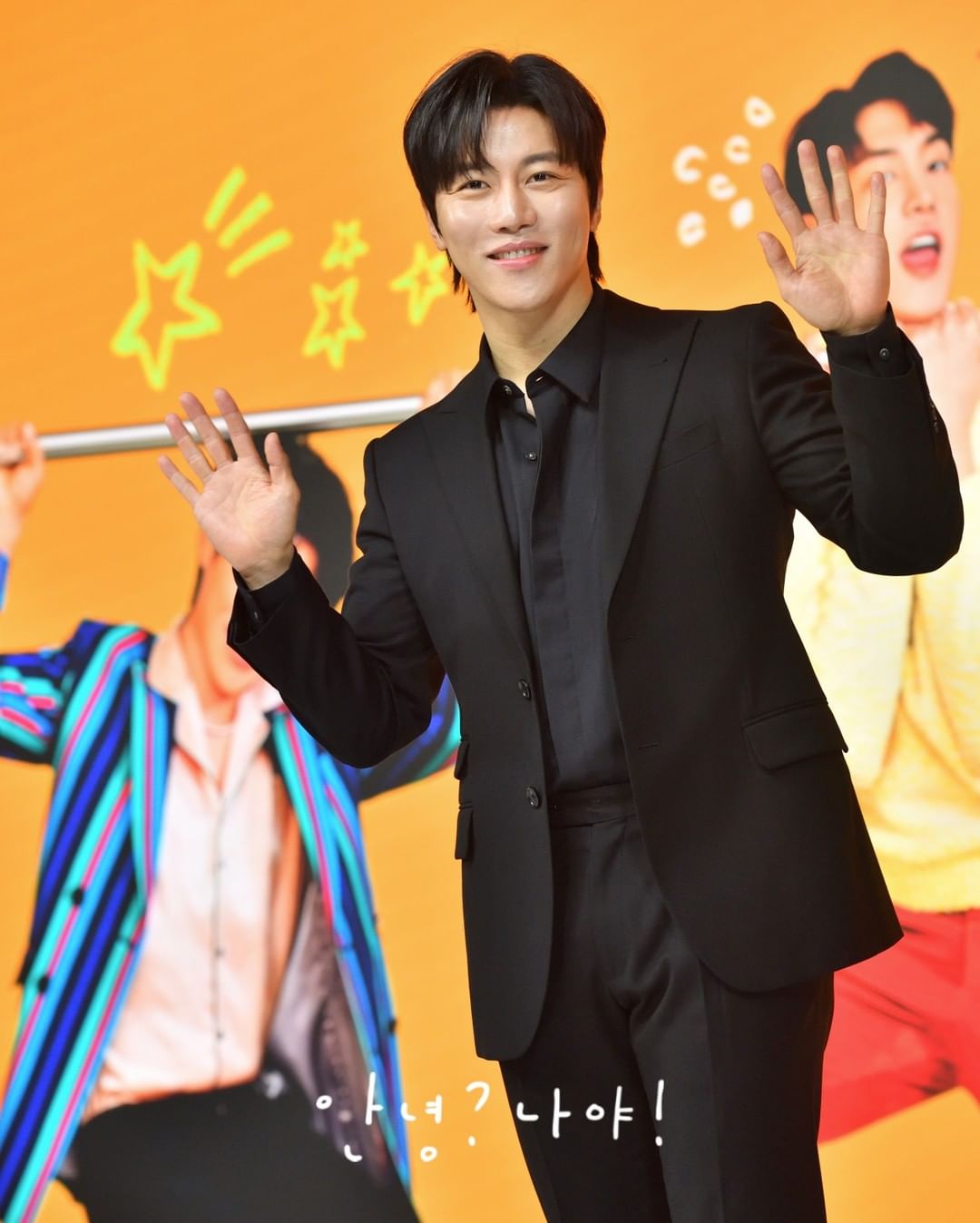 Choi Kang Hee and Lee Re talked about their first impressions of each other. Choi Kang Hee said, “Lee Re seemed like she was shy, so I was nervous too. But now we’re so close that I’m almost worried about what will happen when the drama ends. She’s a very lovable person.”

Lee Re said, “I was nervous and excited about what kind of chemistry I would create with [Choi Kang Hee]. But I’m really shy around people. I wanted to be friendly with her, but I couldn’t speak, so I was moved when she spoke to me first and treated me warmly. I’m really glad to hear what she said about that today.” 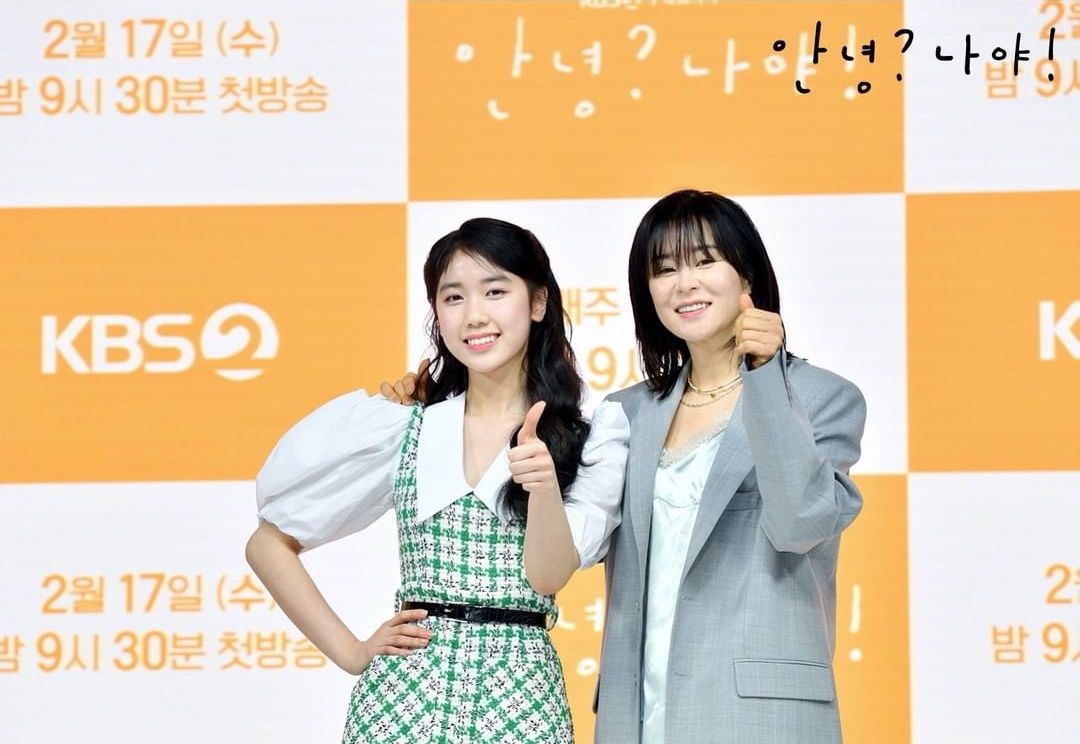 The cast also made a promise in the case that the drama surpassed 15 percent in viewership ratings. Choi Kang Hee said, “Kim Young Kwang recently gave all the actors a book, which was ‘The Little Prince’ translated in Gyeongsang-do dialect. If the drama surpasses 15 percent, Kim Young Kwang, Lee Re, and I will read the book in dialect and Eum Moon Suk will dance along.”

The actors were also asked what they would say if they met their past selves from 20 years ago. Choi Kang Hee said, “I don’t want to meet my past self from 20 years ago. I think it would be horrifying. I think I’d tell her that if she doesn’t want to study, she shouldn’t. Because no matter how she grows up, she’s going to be me regardless. I want to tell her, ‘Even if you don’t do well at something, you’re still going to be Choi Kang Hee.'”

Eum Moon Suk said, “I think I’d hug him and tell him that he’s doing well right now.” Kim Young Kwang said, “I’d tell me, ‘Do all that you want to do. Also, study a little.'” 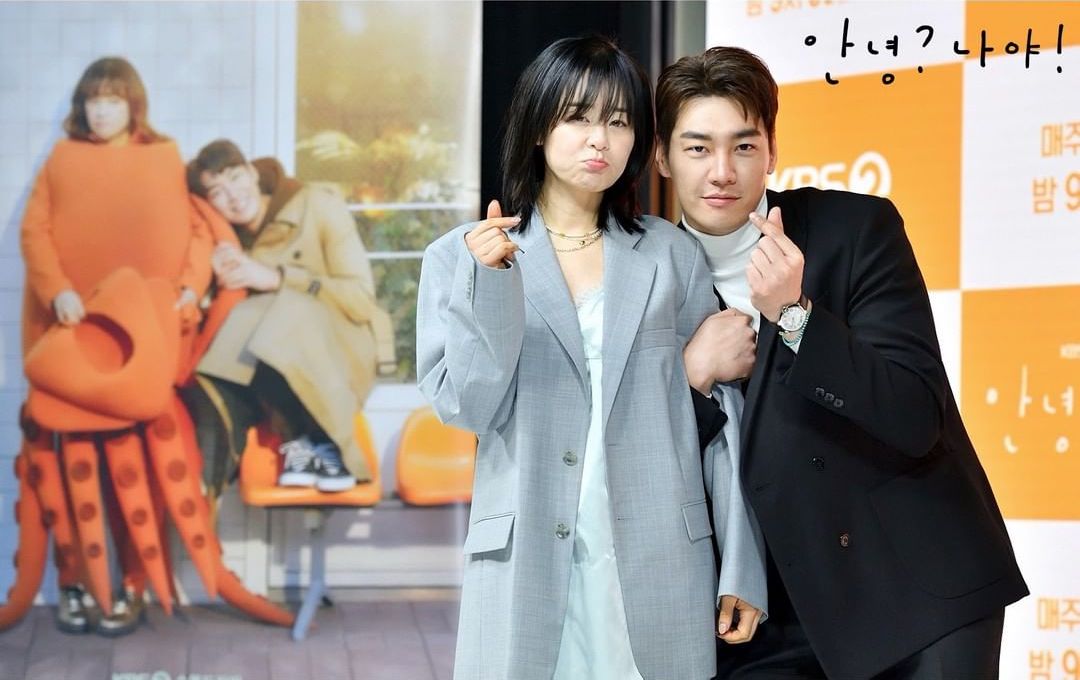 Check out Choi Kang Hee in “Good Casting” below!