With the premiere of their new drama “Vincenzo” just days away, stars Song Joong Ki and Jeon Yeo Bin talked about their experience working with one another on the filming set!

“Vincenzo” is an upcoming tvN drama starring Song Joong Ki as Vincenzo Cassano, an Italian lawyer and Mafia consigliere who is of Korean descent, but was adopted by an Italian family at a young age. When he moves back to Korea due to a conflict within his organization, he winds up crossing paths with sharp-tongued lawyer Hong Cha Young (played by Jeon Yeo Bin) and her intern Jang Joon Woo (played by 2PM’s Taecyeon). Together, they join forces in using villainous methods to take down villains who cannot be punished by the court of law.

Praising his co-star’s acting, Song Joong Ki remarked, “Jeon Yeo Bin is an actress whose acting is not only fun to watch, but a kind of acting that hasn’t been seen before. As a fellow actor, I’m envious of many aspects [of her talent], and she’s a partner that gives me a lot of motivation.”

He went on to add, “While working together with her on the filming set, I’m having a lot of fun watching Jeon Yeo Bin’s acting in person. I think viewers can safely look forward to her charms as well.”

Meanwhile, Jeon Yeo Bin commented, “Song Joong Ki is someone who is really well-suited to the role of Vincenzo. I was able to trust him right away while acting together. Cha Young is a character who continually pushes other people’s buttons, and he helped me to express [the character] in even more ways.”

tvN also released a striking new poster of its two leads that dramatically teases, “Not a negotiation, but a warning. Evil punished through evil.” 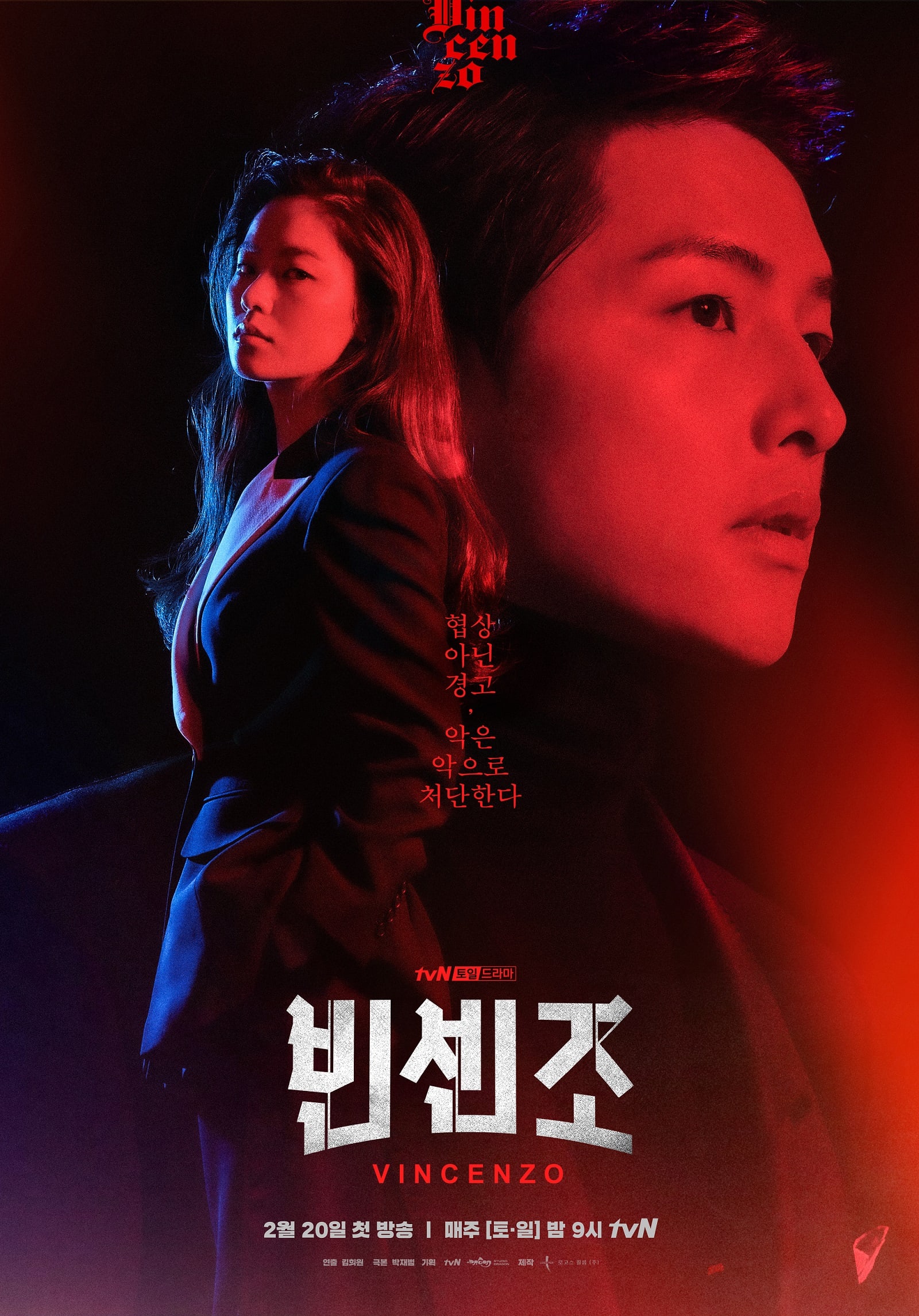 In the meantime, watch Song Joong Ki in his drama “Descendants of the Sun” here…

…and watch Jeon Yeo Bin in “Melo Is My Nature” here!