“Joseon Exorcist” takes place after the establishment of the Joseon dynasty and is about the undead who come back to life after being killed by the royal family. Jang Dong Yoon stars as Prince Chungnyeong, a bookish young man who is forced into battle to protect Joseon from the evil spirits. Kam Woo Sung stars as King Taejong, a cold-blooded monarch who sets out to control the evil spirits who have taken over the kingdom but secretly harbors a sense of guilt at the bloodshed he participated in to help his father establish the Joseon dynasty. Park Sung Hoon also stars as Prince Yangnyeong, who enters into a dangerous contract with the evil spirits in order to protect his loved ones.

The newly released stills feature Jang Dong Yoon as Chungnyeong. Chungnyeong’s eyes are deep and resolved. He gazes at something with an unknown sense of anxiety. He becomes involved in a crisis where people are swallowed by evil spirits, and it’s up to him to save his kingdom. He learned about the world through books, but through this dark event, he will be reborn as a true monarch.

Jang Dong Yoon expressed his affection for the drama, saying, “It was interesting that the drama added exorcism to a genre involving creatures. Viewers will be able to enjoy all the epic fun of a historical drama and the charms of a fantasy action drama. Chungnyeong in ‘Joseon Exorcist’ is a person who pursues what’s right. He will deeply think about what is correct and find the right answer.”

The actor made a lot of effort to portray the deep characteristics of Chungnyeong. He commented, “He’s a very attractive character, but he’s difficult to express. I have to express his warm heart, conscientious image, and sad personality rather than superficial action or an extraordinary appearance. I am doing my best to discuss with the director about the parts that are not revealed in the script.” 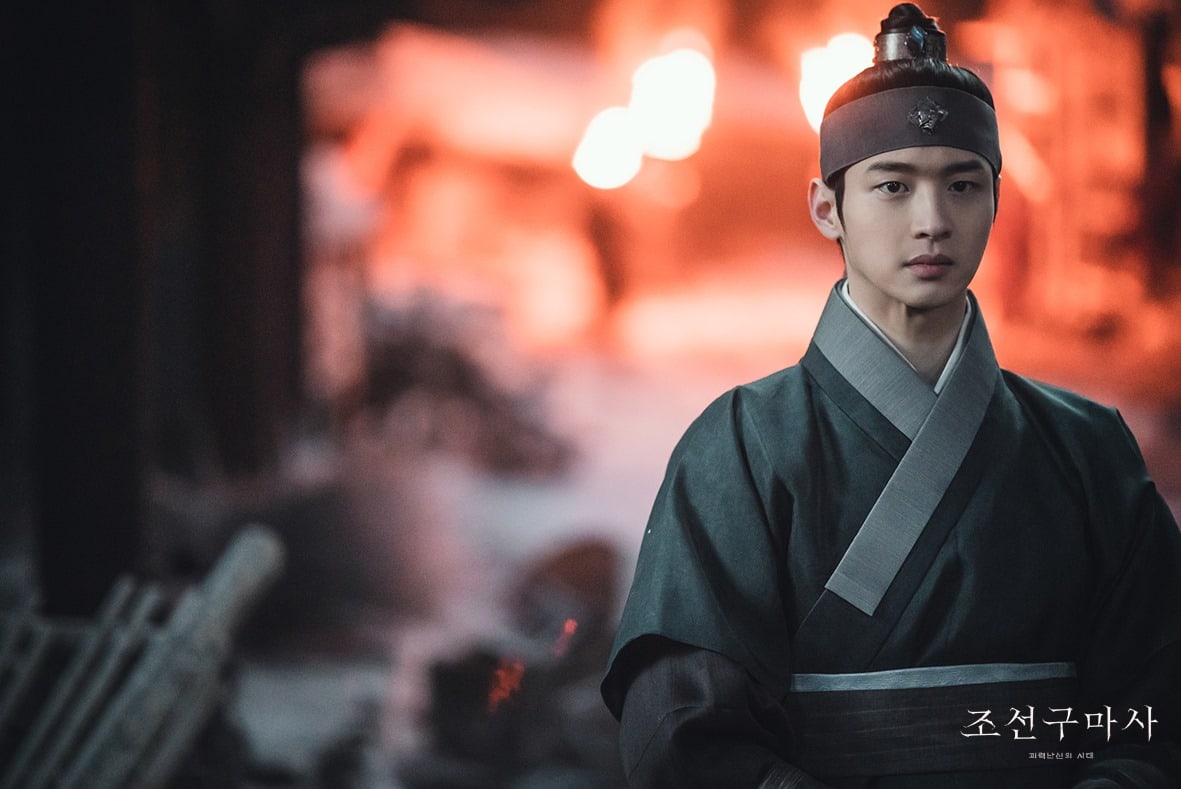 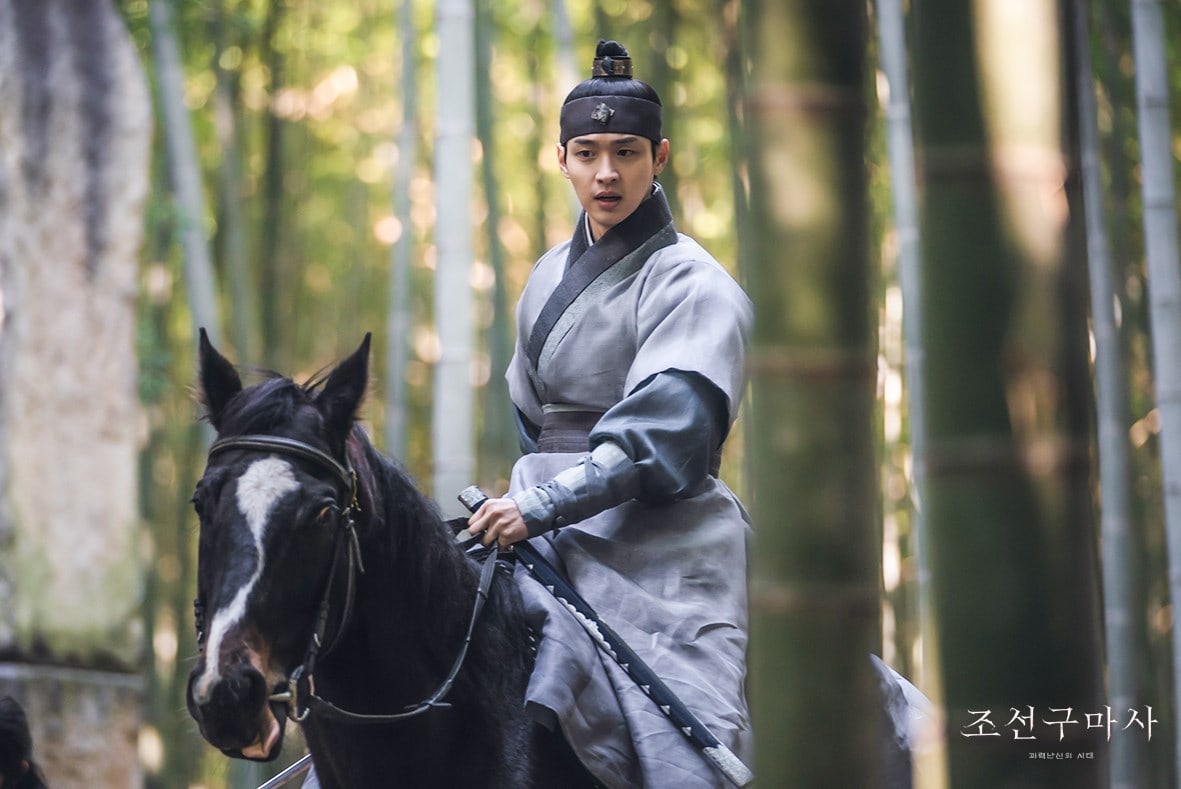 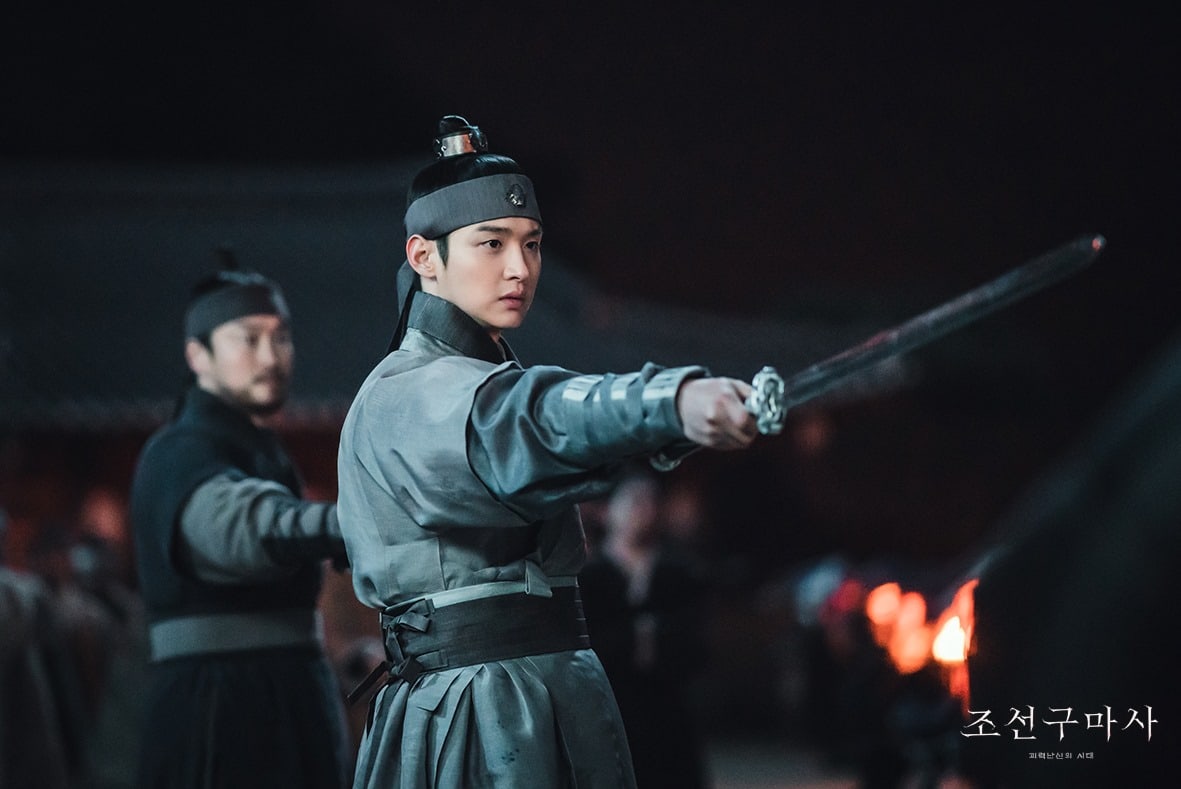 Taejong exudes a powerful, charismatic aura, and his keen eyes are filled with strength and determination. Even in a battlefield of chaos, he remains unwavering and level-headed. He isn’t afraid to be at the front of the battle, and he fights against evil with his sword and bow and arrow.

Taejong is proud to have helped his father Yi Seong Gye establish the Joseon Dynasty, but deep in his heart, he remains guilty of the bloodshed he committed. His country goes into chaos due to dark evil, and he jumps in to fight for his people. Fans can look forward to his unstoppable advances as he fights to seal the resurrected evil spirit.

Kam Woo Sung shared, “I chose to star in this drama because this is a role that I really wanted to play. In ‘Joseon Exorcist,’ Taejong is a character who risks his life to save Joseon. I felt like I would melt well with the director’s style, approach, and atmosphere. I wanted to work with him as a fan, and I’m having fun filming the drama.” 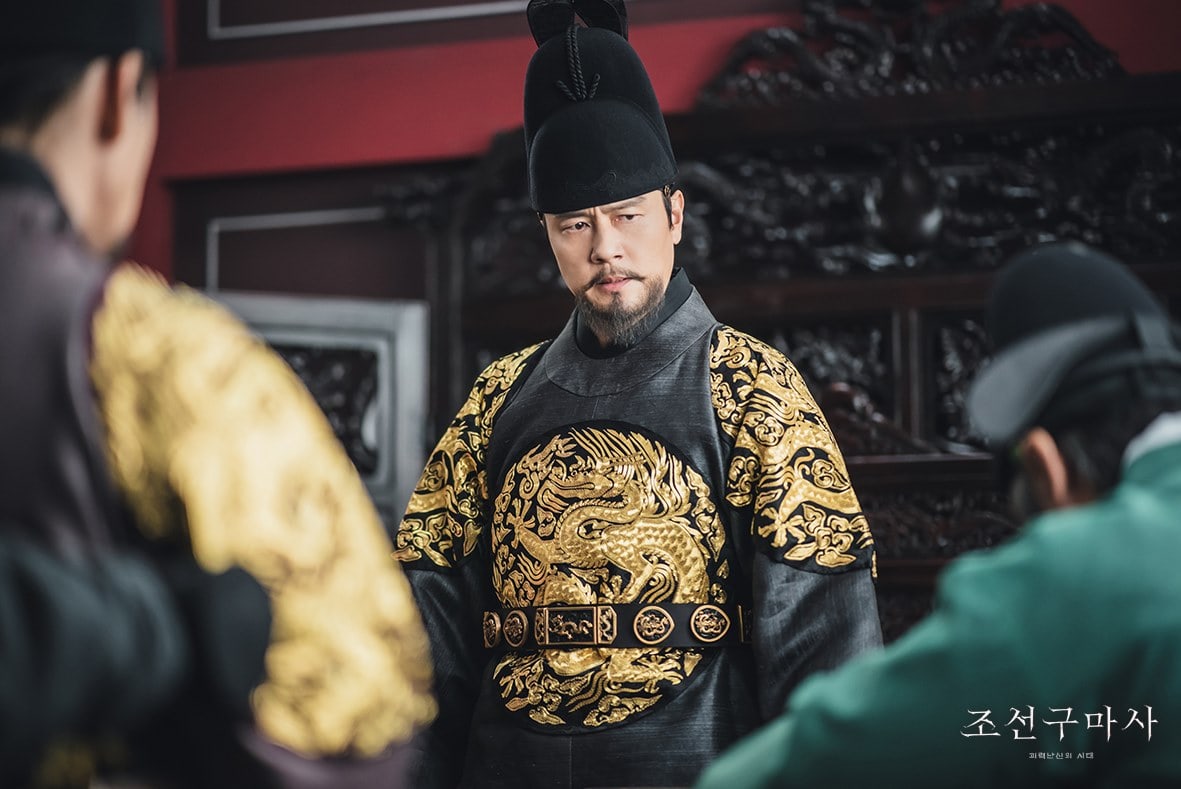 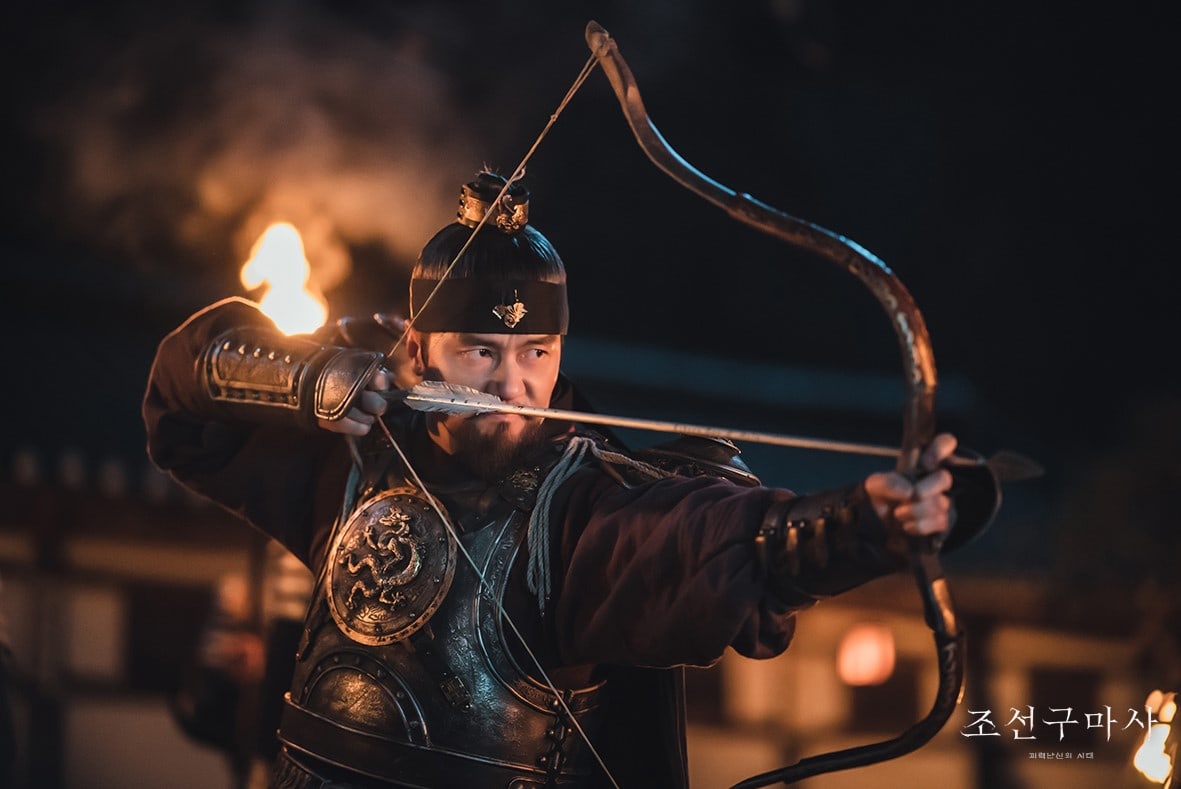 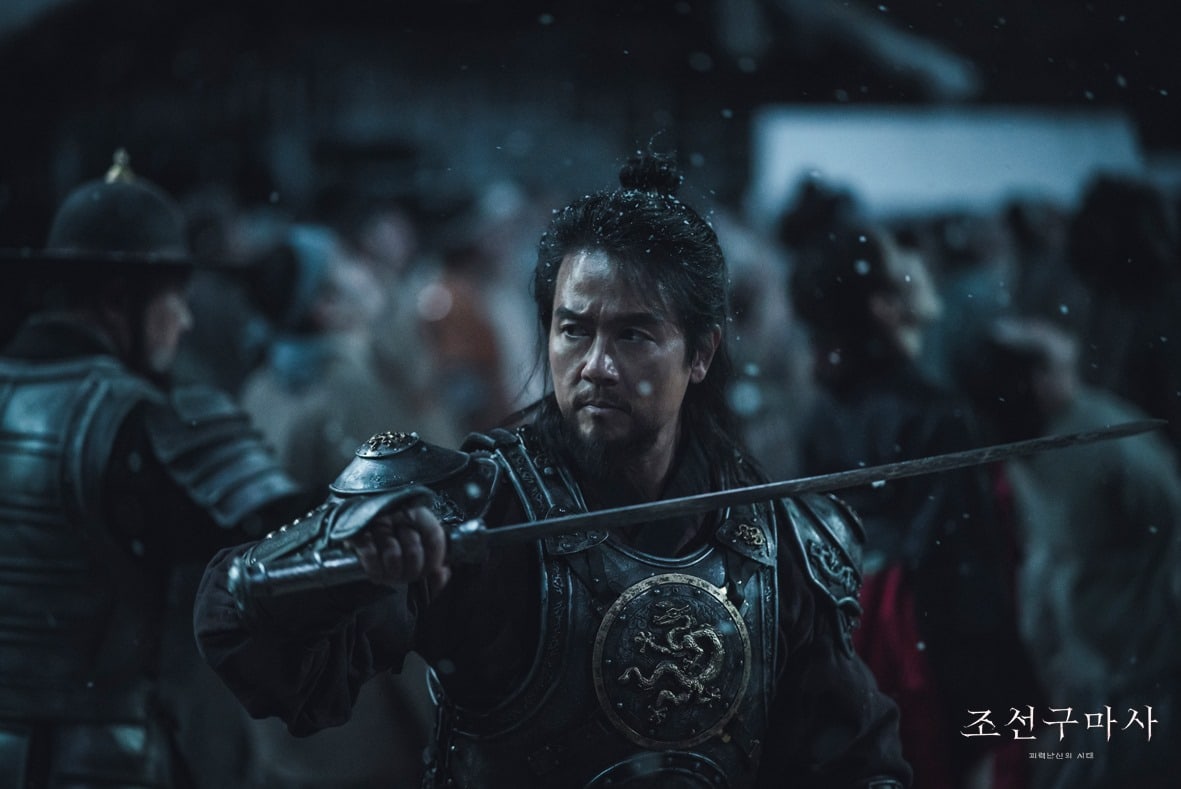 “Joseon Exorcist” premieres on March 22 at 10 p.m. KST. Check out a teaser here!

In the meantime, check out Jang Dong Yoon in “Search” below: