Park Eun Suk And Eugene Talk About Their Love For Acting, Speaking English On Set Of “The Penthouse,” And More

“The Penthouse” stars Park Eun Suk and Eugene shot a pictorial together for Cosmopolitan!

The two actors are gearing up for the return of the second season of their hit SBS drama, “The Penthouse 2.” Their characters are expected to play key roles in the new season as they pursue their dreams of revenge against the villains of Hera Palace. During the photo shoot, the actors laughed playfully and exchanged jokes in English, but were serious when it came to being in front of the camera. 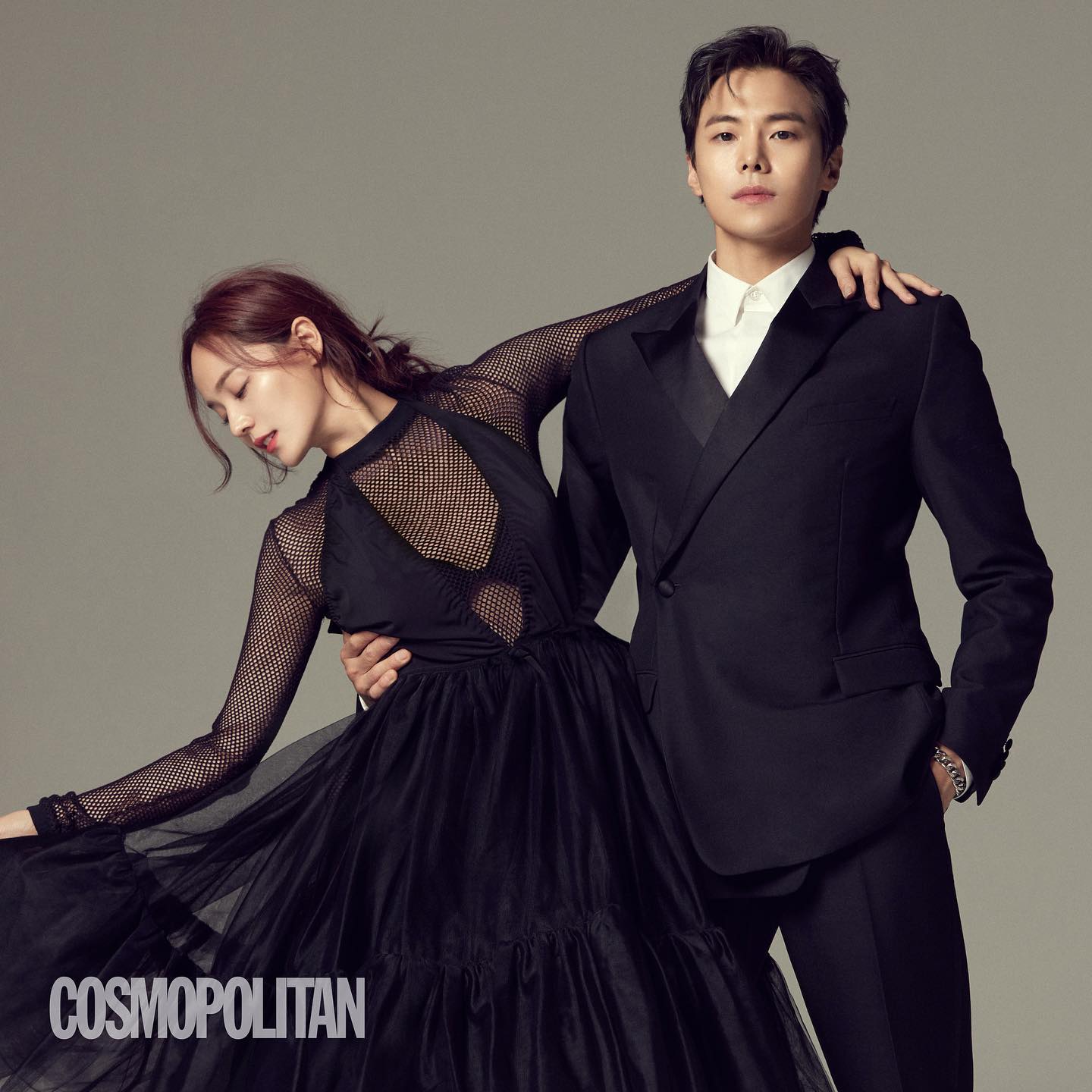 Park Eun Suk was asked about the chemistry between Shim Soo Ryeon (played by Lee Ji Ah) and Logan Lee, his character in “The Penthouse.” He replied, “I don’t know [about a romance]. A lot of people are looking forward to their chemistry, but to be honest, they have a kind of complicated relationship. He’s Min Seol Ah’s stepbrother and she’s Min Seol Ah’s biological mother, so it’s a bit of a difficult relationship. However, nothing’s guaranteed.”

He continued, “I’ve wanted to be an actor since I was young and I’ve been running toward that goal ever since. One day, I realized that acting had become my job. The more I act, the more ambitious I get toward acting. There are more things that I want to express, more details that I’ve learned. All the things I couldn’t express when I was young, I want to learn more and express them again in various ways. If I portrayed anger a certain way 10 years ago, then I want to do it a different way now.” 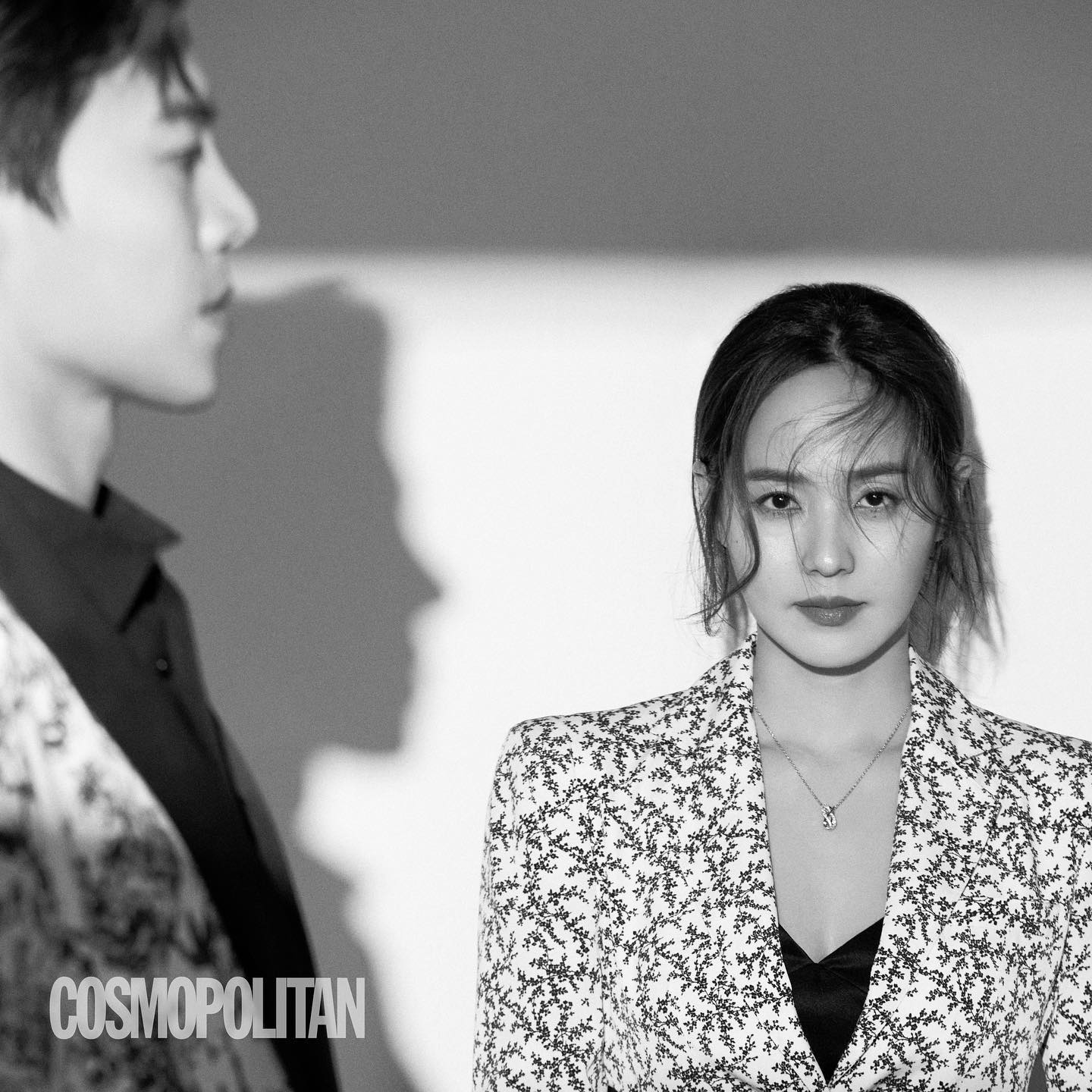 Eugene, who grew up in Guam, an American territory, talked about speaking English with Park Eun Suk, who grew up in the United States. She said, “I met Eun Suk for the first time on [‘The Penthouse’]. We met on occasion on set and chatted and we soon grew comfortable around each other. We both have experience growing up abroad, so I think that we were able to become closer through that.”

Her character in “The Penthouse,” Oh Yoon Hee, does not speak English and fumbles over the words when she has to speak it to Logan Lee. She said, “It was surprisingly hard. It’s a kind of acting that I’ve never tried before, [to pretend I couldn’t do something that I could]. I thought a lot about how I should pronounce the words to make me sound awkward. Eun Suk stood next to me and helped me with words of encouragement.”

Eugene was also asked about her speech at the 2020 SBS Drama Awards, where she said, “This was my first acting project in five years, after giving birth to my second child, and I had a lot of worries. I thought, ‘Would I be able to return? Would I get a good role?’ But through this project, I reaffirmed to myself that I wanted to act.” In the interview, she said, “I had lost a lot of confidence prior to starting [‘The Penthouse’]. Before, I did a lot of cheerful, light characters, so I was worried about whether I could hold my own in such an extreme drama. The director and writers and the people around me told me again and again that I would do well, so that’s how I started. But I had a lot of fun filming, and the results were good, so I’m grateful. This was my return to acting after five years and it helped me realize how fun acting could be.” 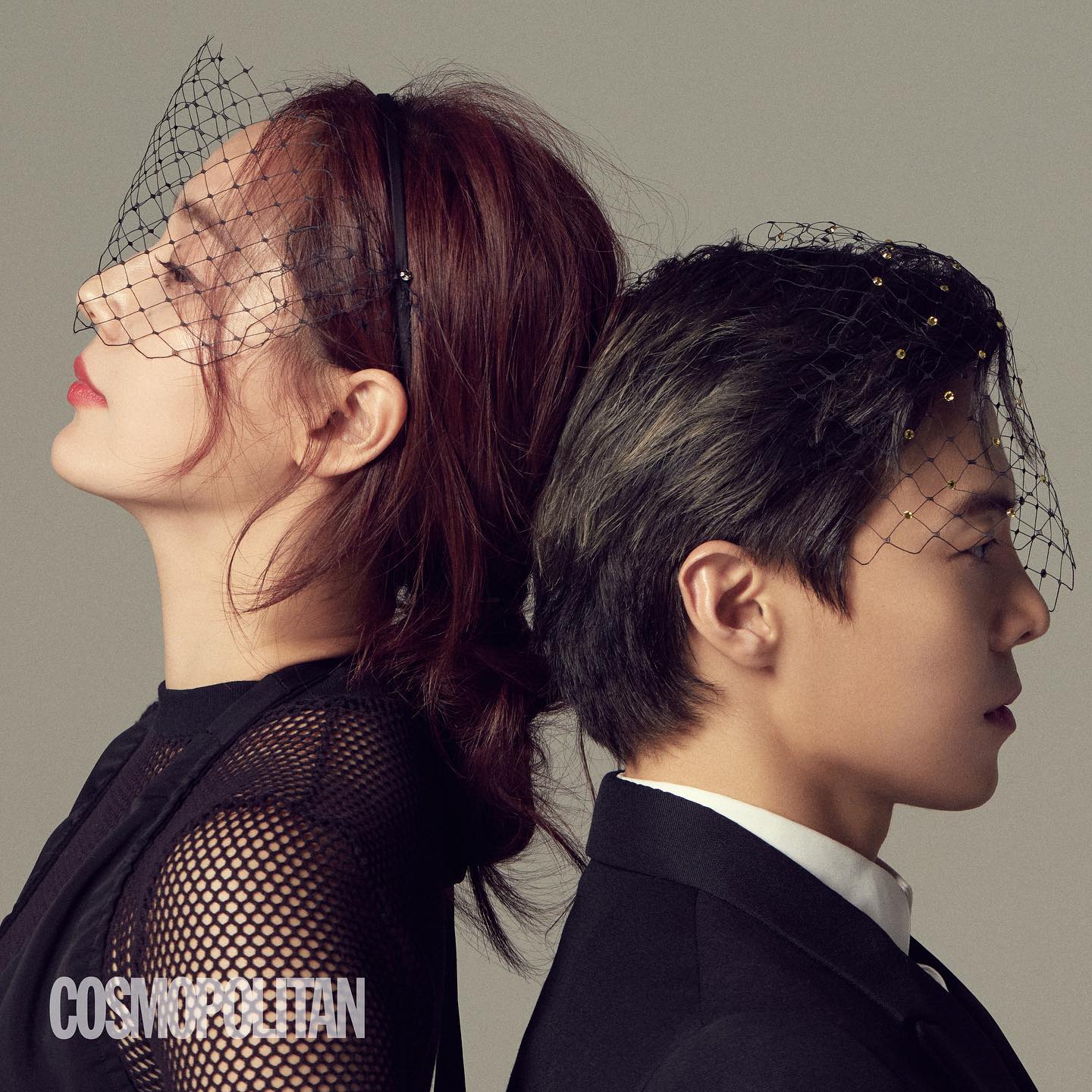 “The Penthouse 2” premieres on February 19 and will be available on Viki.

Cosmopolitan
Eugene
Park Eun Suk
The Penthouse
How does this article make you feel?