Get ready for a fun cameo by Jang Sung Kyu in SBS’s “The Penthouse 2”!

The second season of the smash hit drama premieres tonight (February 19 KST), and SBS has upped the excitement by unveiling a sneak peek of Jang Sung Kyu’s special appearance from the highly-anticipated first episode.

In the upcoming season of “The Penthouse,” Bong Tae Gyu’s character Lee Gyu Jin will venture into politics and become a member of the National Assembly. Jang Sung Kyu, who currently hosts JTBC’s variety show “Movie Room” together with Bong Tae Gyu in real life, will be playing the role of Lee Gyu Jin’s passionate chief of staff.

The newly released stills of Jang Sung Kyu’s cameo provide an amusing glimpse of the chaos that is Lee Gyu Jin’s election campaign: as his wife Go Sang Ah (played by Yoon Joo Hee) looks on with a concerned expression, the seemingly unconscious candidate is carried out of his own rally by his chief of staff and other aides. 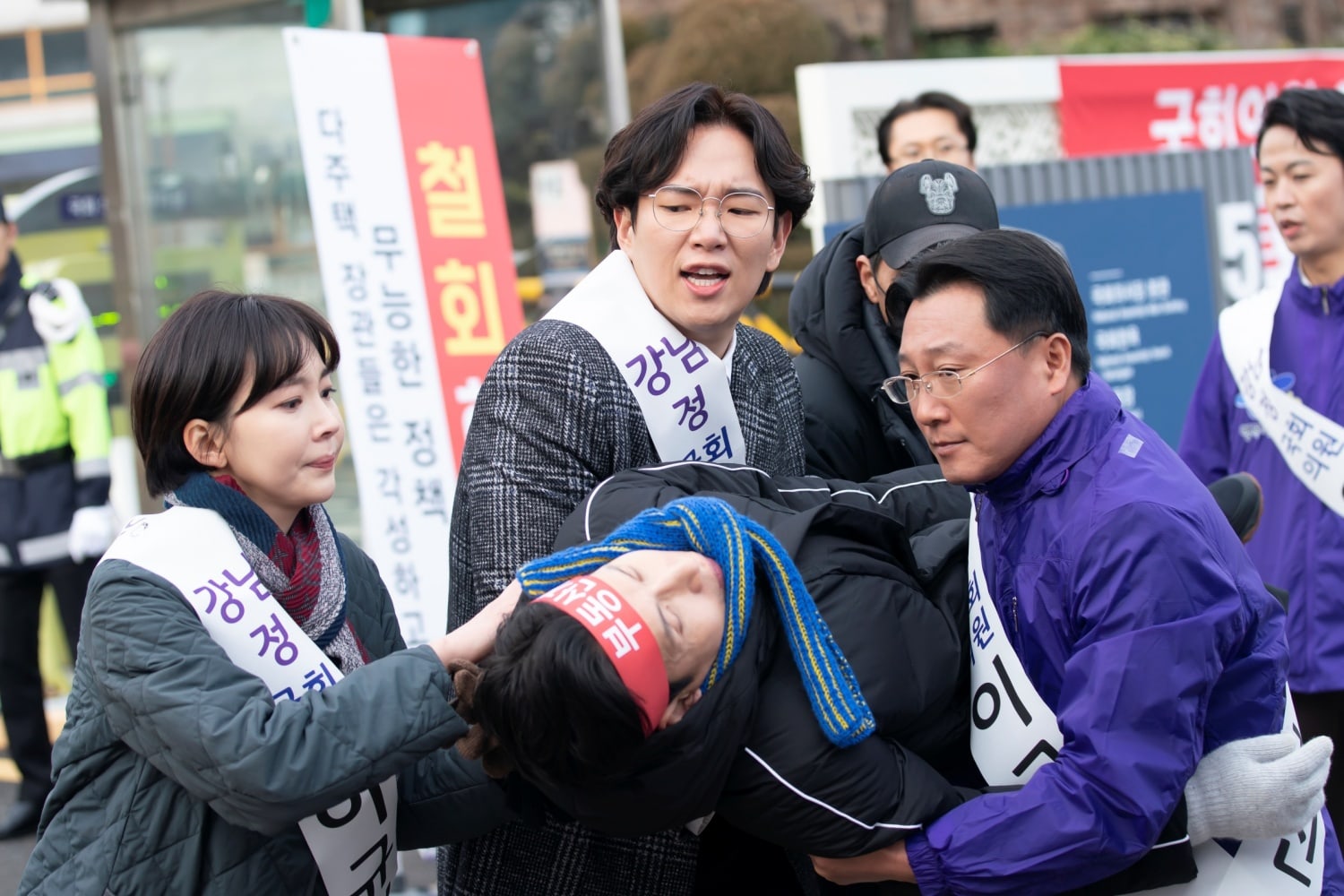 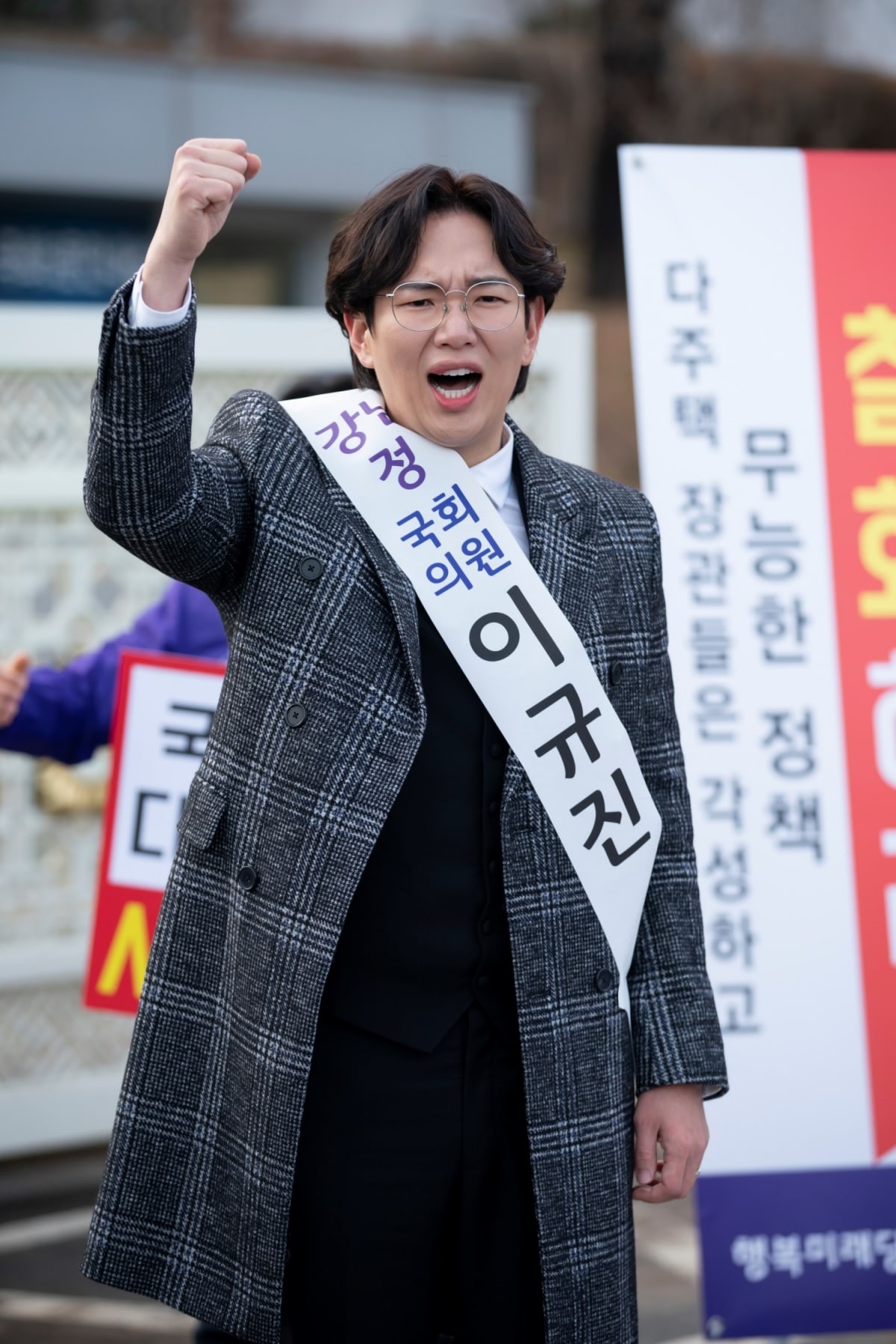 “The Penthouse 2” premieres on February 19 at 10 p.m. KST and will be available with subtitles on Viki.

In the meantime, check out a teaser for the new season with English subtitles below!