In newly released photos, VIncenzo appears at Geumga Plaza, and he radiates pulsing charisma and overwhelming power. The shopkeepers gather in a rush and watch the foreign newcomer with wide eyes that are brimming with curiosity. They naturally back away to make a way for Vincenzo as he comes to the very front of the crowd. Hong Cha Young is one of the people there, and she shoots someone a sharp look that suggests an unexpected incident occurred in the plaza. Fans can look forward to the kind of repercussions Vincenzo’s appearance will bring to Geumga Plaza. 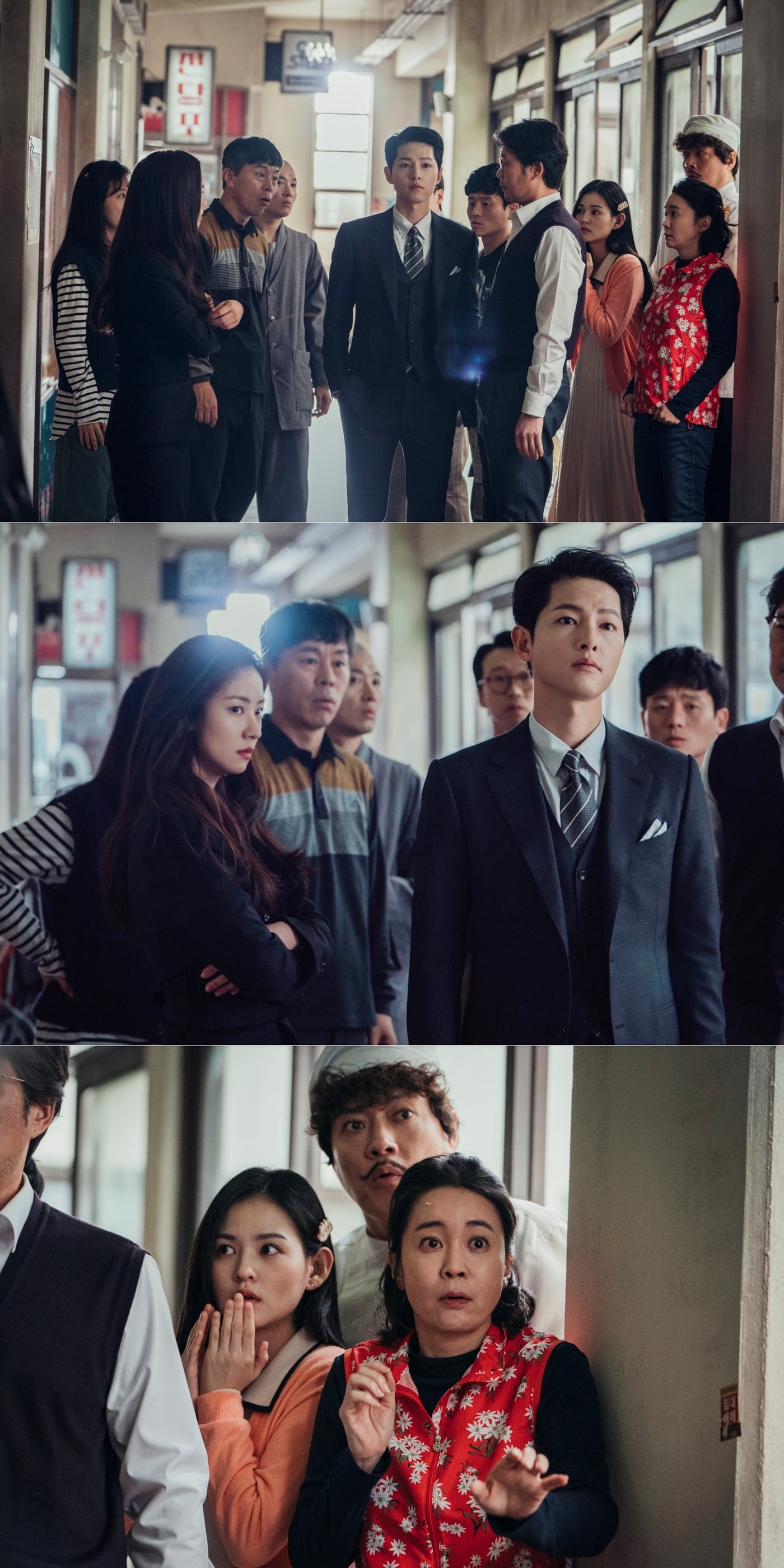 The first episode of “Vincenzo” will depict Vincenzo’s arrival in Korea. He will experience bizarre moments he has never before, and he will come across many strange encounters at Geumga Plaza.

The production crew stated, “The bold activities of unique characters, including Vincenzo, will unfold in an interesting way. Please watch to see the birth of a new kind of dark hero who punishes villains in a villainous way.”

In the meantime, check out Song Joong Ki’s drama “Descendants of the Sun” here: