The first episode kicked off to a thrilling start as it began to tell the story of the antihero Vincenzo. The appearance of other characters such as Hong Cha Young, intern Jang Joon Woo, Jipuragi Law Firm CEO Hong Yoo Chan (Yoo Jae Myung), and Choi Myung Hee (Kim Yeo Jin), a prosecutor who enjoys Zumba as a hobby, also added another layer of charm to the drama. When Vincenzo arrived at Geumga Plaza in search of gold bars, he caused quite a stir with the tenants and was crowned a hero when he took down a group of illegal occupants of the building.

A new still shows Vincenzo lingering outside the doors of Nan Pharmacy, which acts as a front for a secret underground room where the gold is hidden. Here he runs into the owner Lee Chul Wook (Yang Kyung Won) and the monk Chae Shin (Kwon Seung Woo), who eye him with guarded expressions. 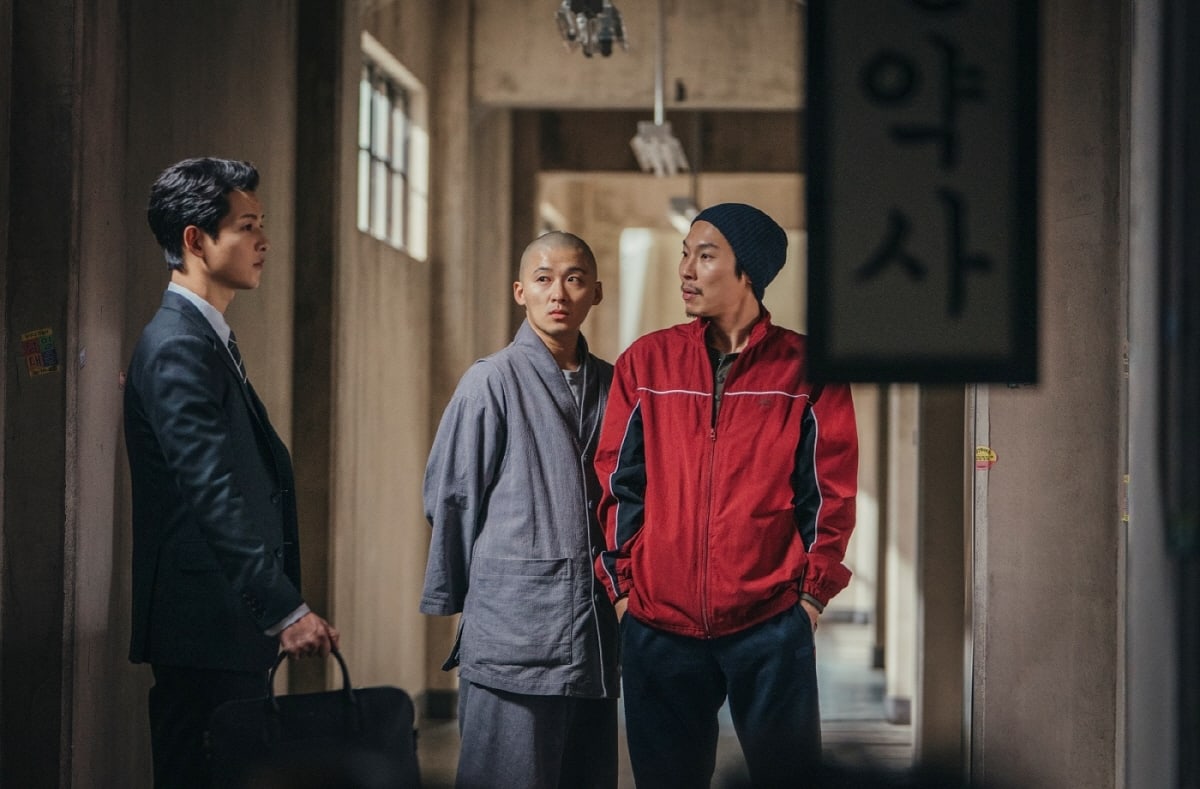 Other stills show Vincenzo walking through the doors of the pharmacy and confronting Lee Chul Wook and Chae Shin inside the room. He puts his hand over his heart with an unreadable look, leading viewers to wonder why he entered the room and whether or not he will be able to safely retrieve the gold. 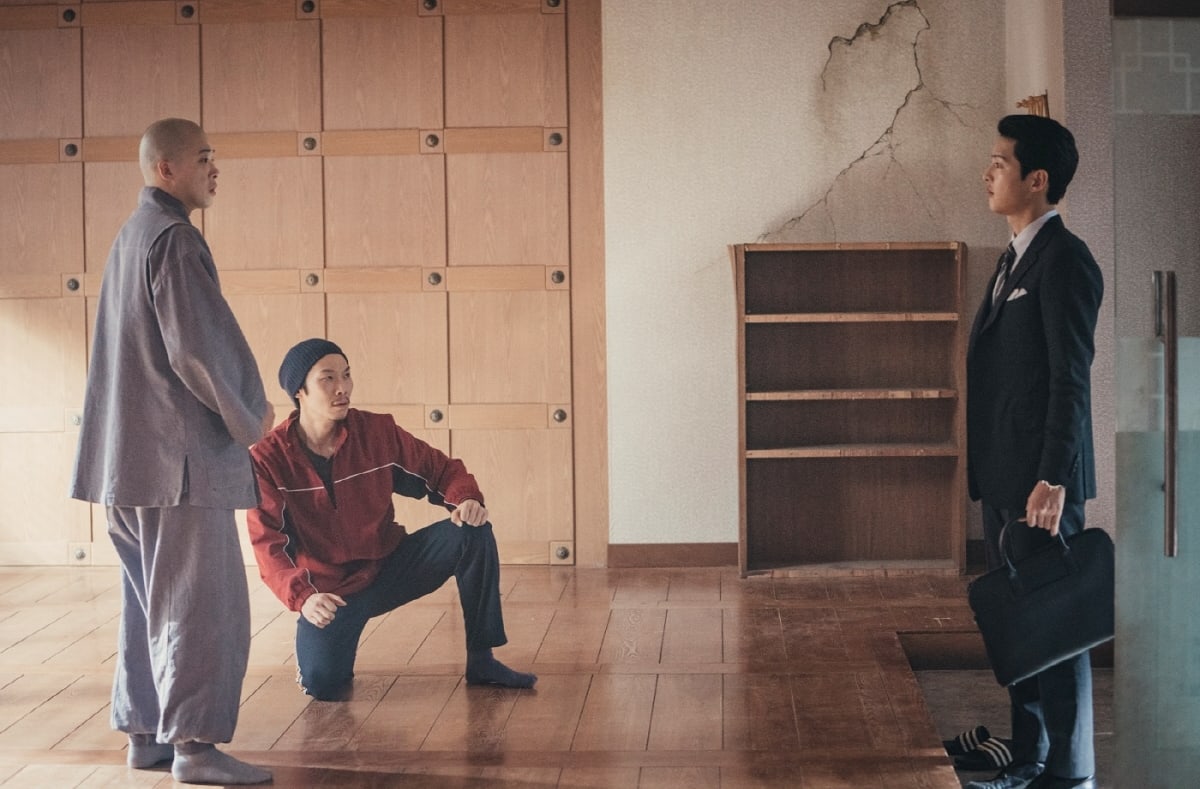 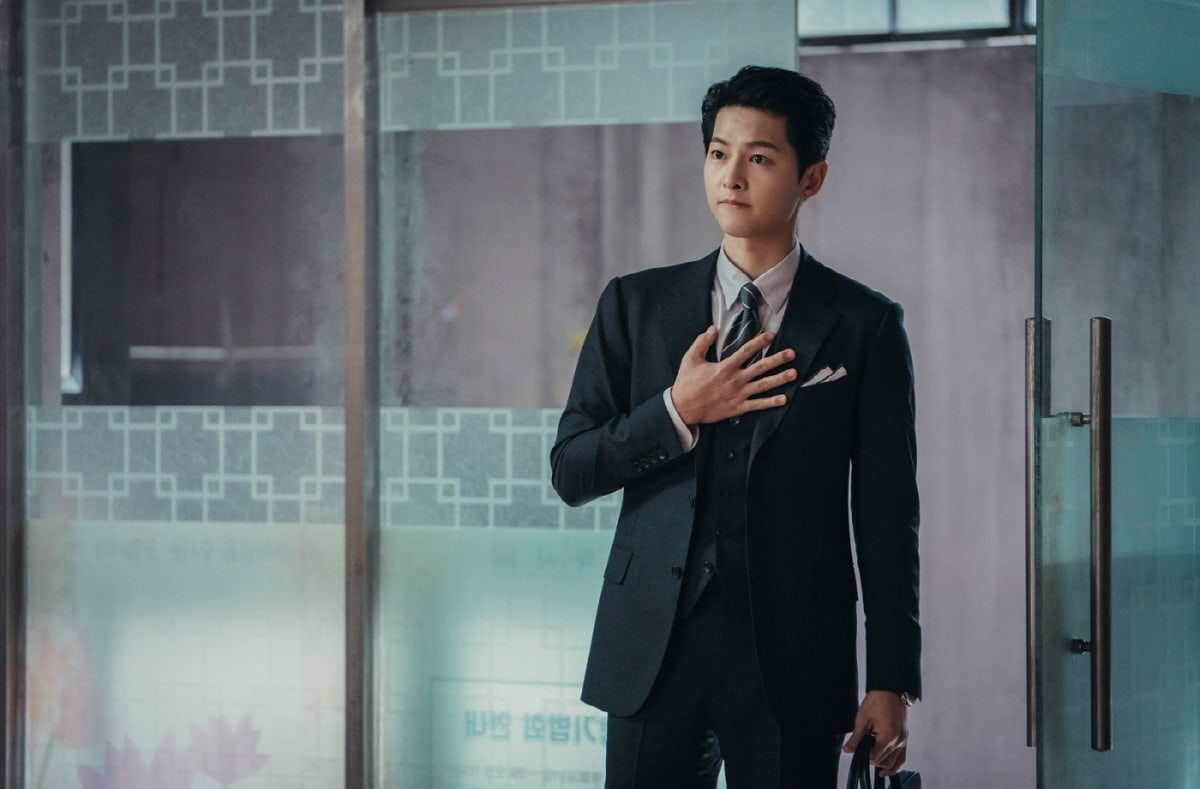 The new episode will see Vincenzo continuing his quest to protect Geumga Plaza. The drama’s producers commented, “Vincenzo’s true performance begins now. Look forward to how Vincenzo will take on the villains after getting involved with Babel Group. His transformation into an antihero will continue to be full of surprises.”