JTBC’s new Wednesday-Thursday drama “Sisyphus: The Myth” has been intriguing viewers with its fascinating worldbuilding.

“Sisyphus: The Myth” is a fantasy-mystery drama starring Cho Seung Woo as Han Tae Sool, a genius engineer who embarks on a perilous journey to bring light to hidden beings that are secretly residing in our world. Park Shin Hye stars as his savior Kang Seo Hae, who comes from a future that has fallen into ruin due to a war.

Han Tae Sool’s world was thrown into chaos after an airplane accident forced him to confront unbelievable truths. He had thought the plane crash was caused by a bird strike, but the true cause turned out to be a suitcase that fell out of the sky and his dead brother, Han Tae San (Heo Joon Suk). Unable to believe his eyes, Han Tae Sool chased down the evidence of his brother, but kept running into further mysteries.

The start of these was a film camera that his brother carried around with him. After developing the film, it was revealed that it contained photos of a future Han Tae Sool. One of the photos showed him at a Busan conference called “Quantum and Time,” scheduled to take place two days from now. But the later photos continued to get stranger, including one that was a wedding photo with a woman he had never met.

At first, viewers speculated that the wedding photo hinted at a future relationship between Han Tae Sool and Kang Seo Hae. However, another element of confusion was added when the wedding began to appear in Kang Seo Hae’s dreams. Instead of being a happy event, an unknown being caused Seo Hae’s wedding dress to be stained red with blood. This being leveled a gun at Seo Hae and demanded Han Tae Sool choose between “the woman or the world.” 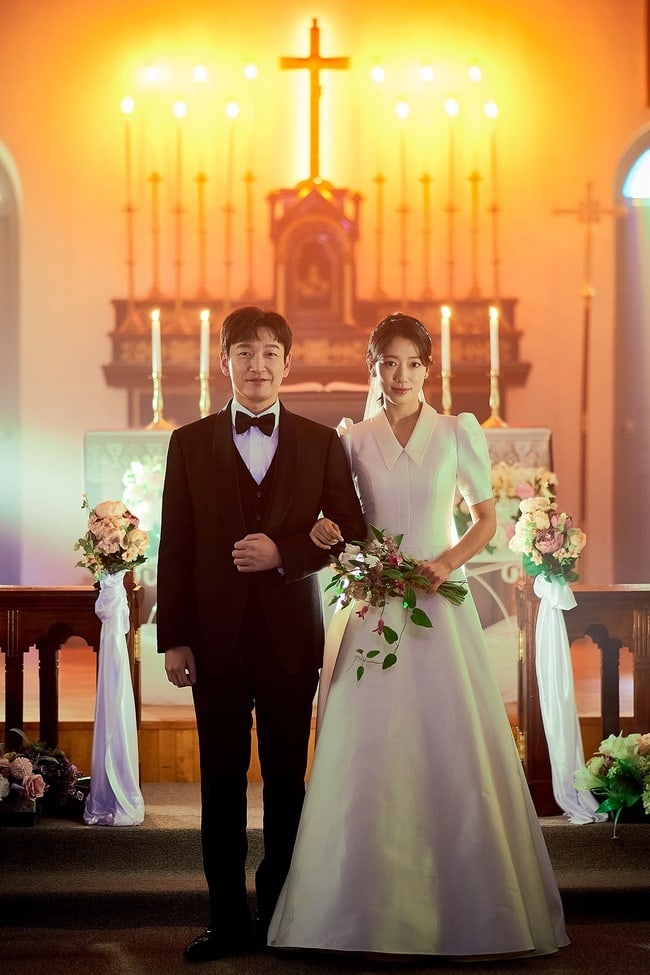 The production staff stated, “There are a lot of mysterious clues sprinkled around in ‘Sisyphus: The Myth.’ If viewers keep in mind that Tae Sool and Seo Hae are trapped inside the myth of Sisyphus, who is destined to repeat his fate without end, then it will be easier to analyze what happens next. Please look forward to what direction Tae Sool and Seo Hae’s relationship will go after the discovery of the wedding photo.”

“Sisyphus: The Myth” airs on Wednesdays and Thursdays at 9 p.m. KST.

Check out Cho Seung Woo in the film “Inside Men” below!