On the February 21 episode of KBS’s “2 Days & 1 Night Season 4,” the cast continued their “time travel” special.

At the base camp, the members opened the letters that they had written to themselves and to the members a year ago. None of the members were excited at the prospect, with Ravi trying to run away and Kim Seon Ho hiding his face in embarrassment on the floor. DinDin suggested they bury the letters for another year, but PD (producing director) Bang Geul Yi brought them out anyway.

Before they opened their letters, DinDin said, “We still didn’t know each other well back then and we were awkward around each other.” Moon Se Yoon said, “I’m good at talking but not good at expressing how I feel in writing. I rarely exchanged letters even with my wife.” 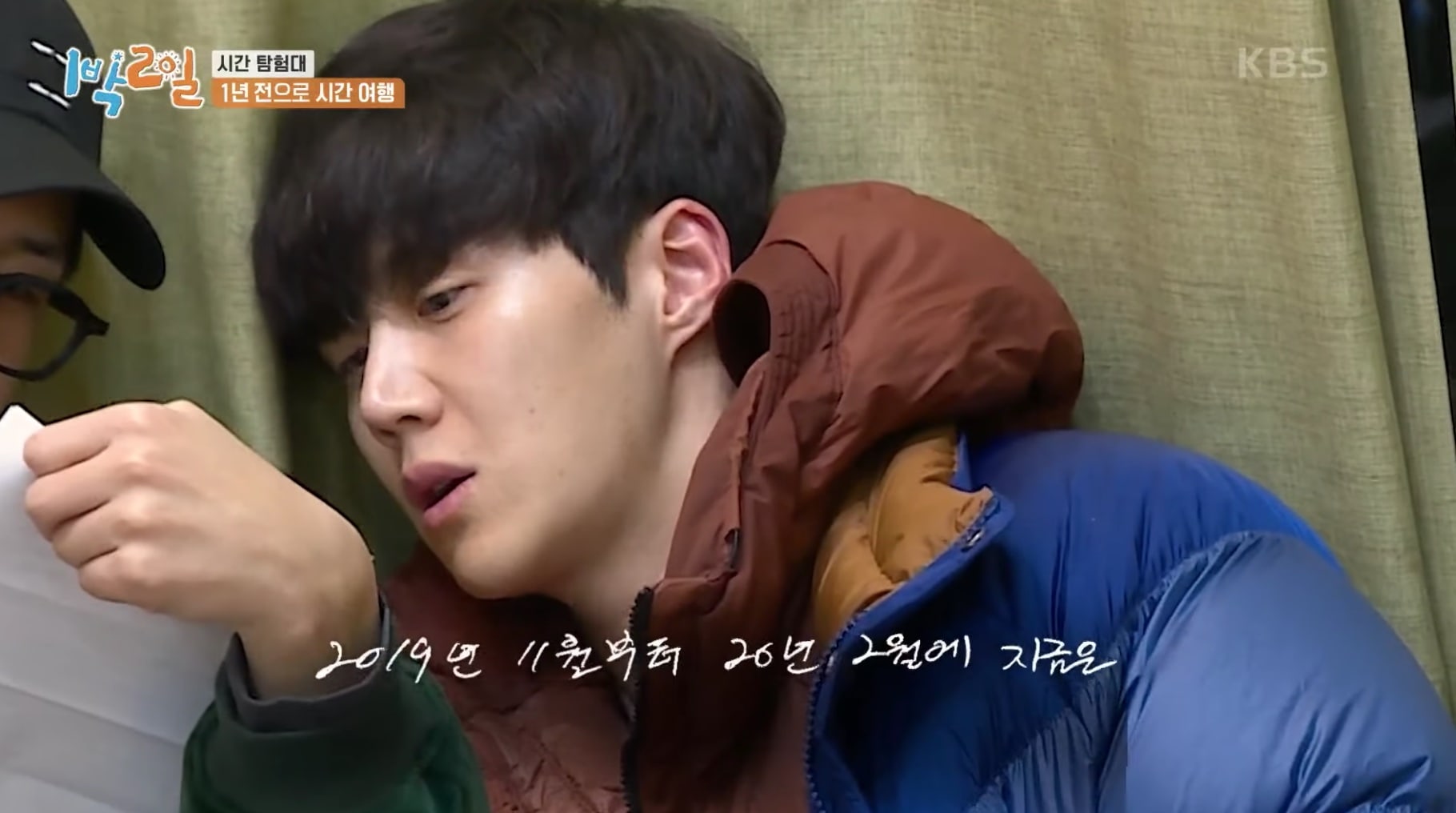 The members decided to read each other’s letters instead of each person reading his own. Ravi read Kim Seon Ho’s letter, which was earnest about his desire to take on new challenges through the show and continue to stay humble, and made Kim Seon Ho run around in embarrassment. To Kim Jong Min, Kim Seon Ho had written, “To my role model, I should have taken your place by now, right?” Ravi suddenly stopped in the middle of reading and said, “He sent me off too. He wrote in this letter that he’s going to visit me in the military.” 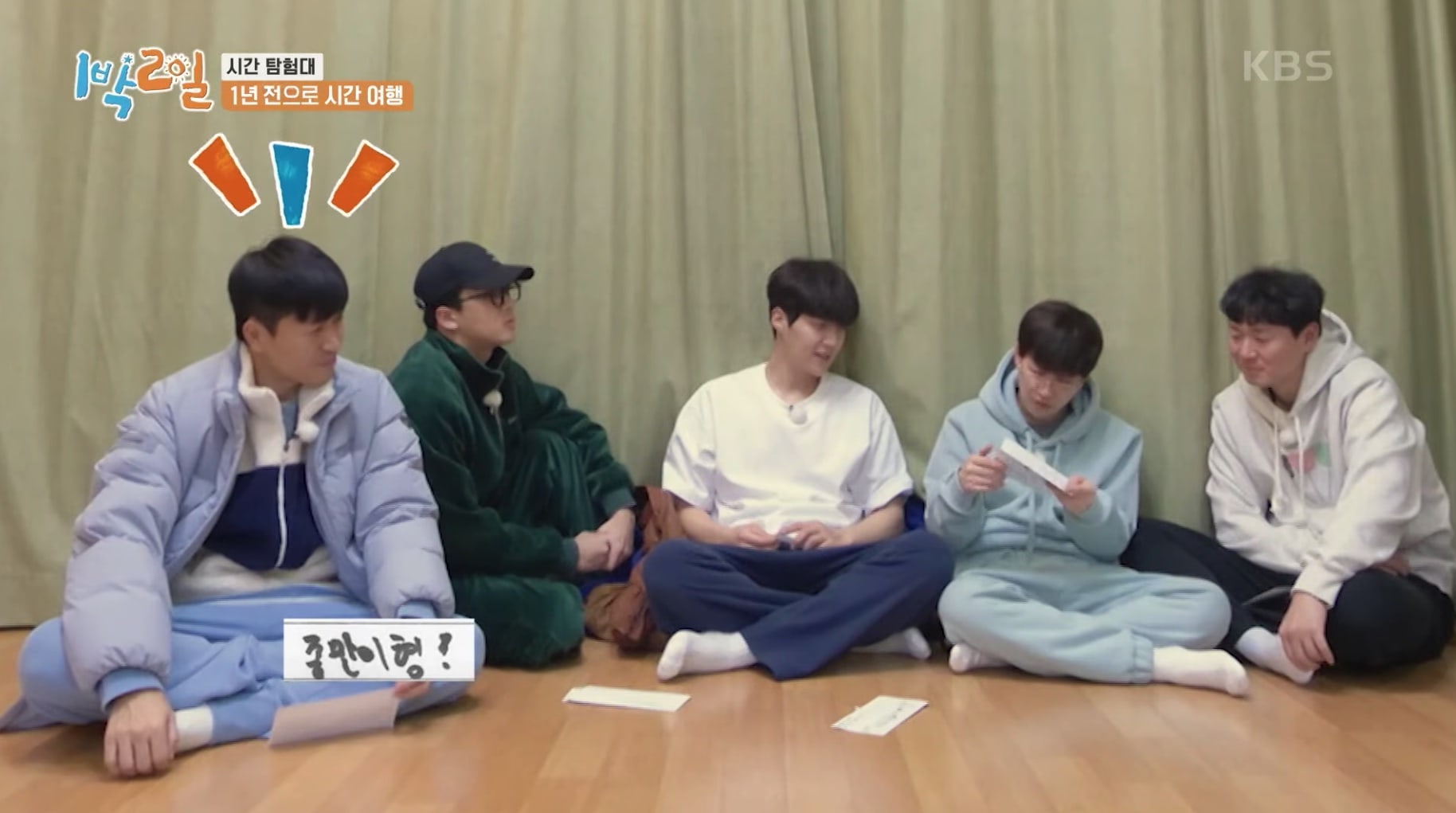 Ravi had made a bunch of wild predictions in his letter, such as Moon Se Yoon losing 30 kilograms (about 66 pounds), Kim Jong Min receiving a big award at the KBS Entertainment Awards as well as getting married and having a child, all of which had turned out wrong. Yeon Jung Hoon‘s letter was full of warmth and passion, but also bored the members with its seriousness. 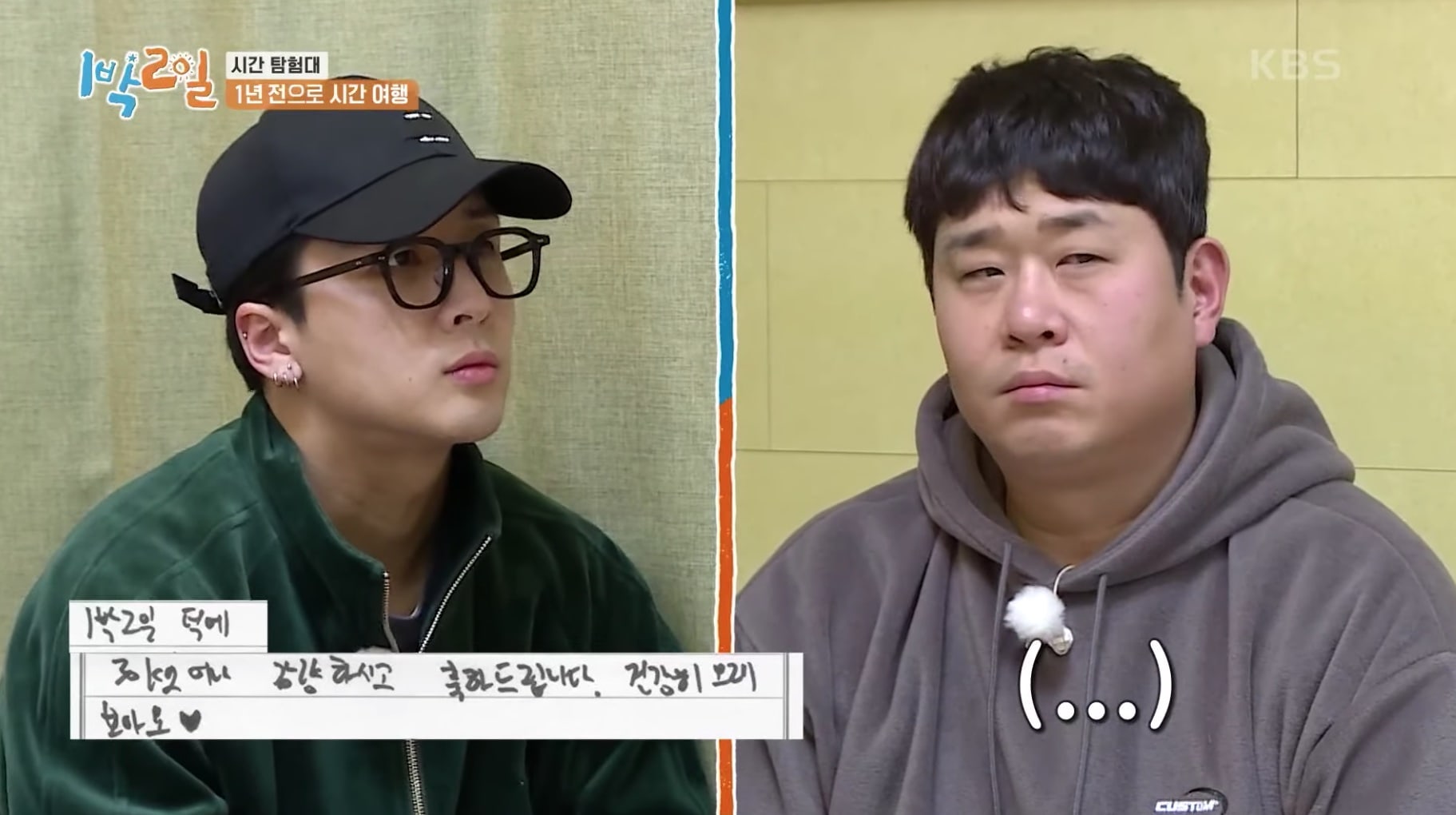 Kim Jong Min’s letter also made some crazy and hilarious predictions, such as a third child for both Yeon Jung Hoon and Moon Se Yoon and a first child for Kim Seon Ho “after he met someone on a drama set.” He also “predicted” that DinDin would get married to an older woman and “congratulated” Ravi on getting married and having a kid in the middle of completing his mandatory military service. He also hoped that he himself would have just come back from a honeymoon with a new baby in store.

Most hilariously, Kim Jong Min also predicted that PD Bang Geul Yi would be the head of the department and be traveling the world with a husband twelve years younger than she was. 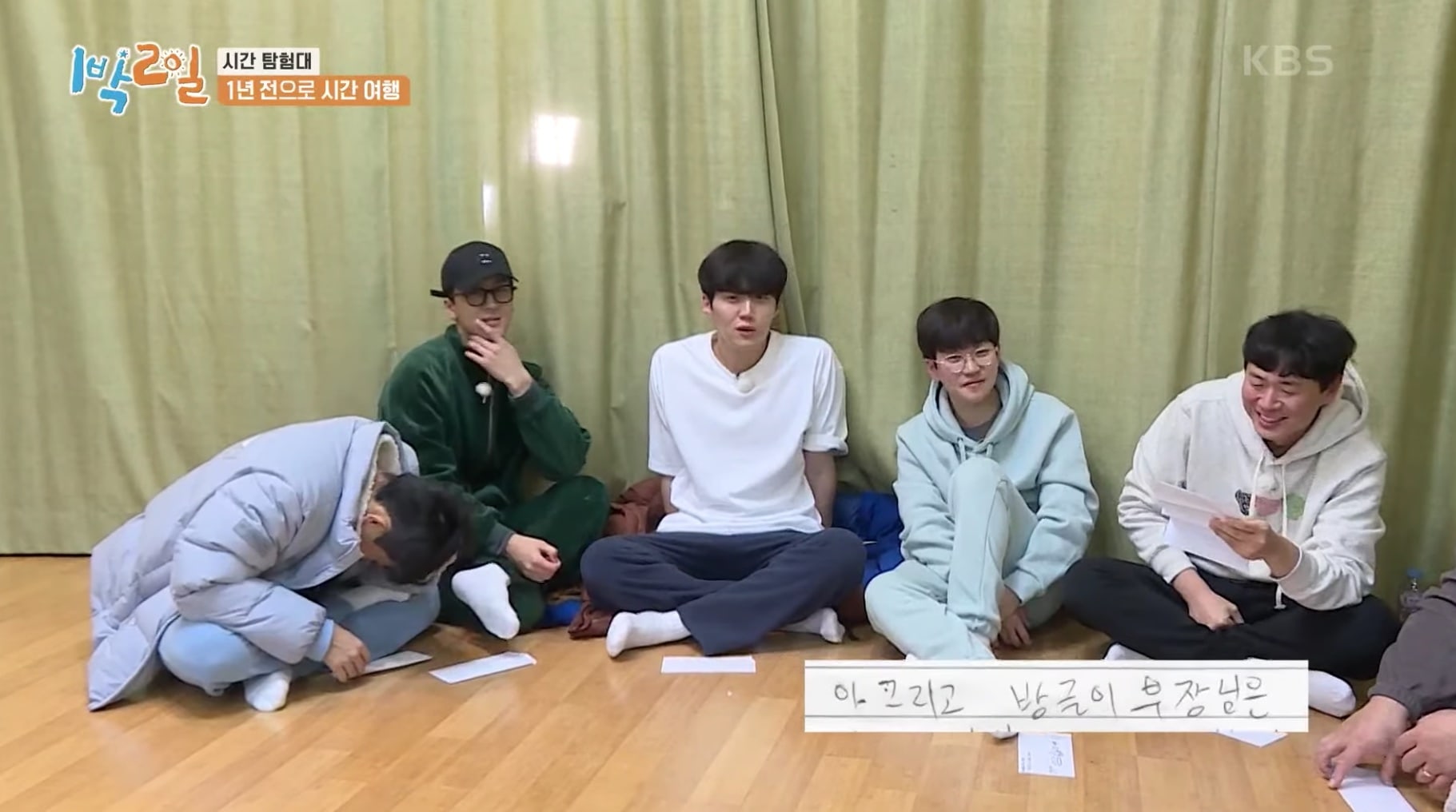 But the letter ended on a good note as Yeon Jung Hoon noted that Kim Jong Min trusted the members more now than he had a year ago. Kim Jong Min explained, “I’ve been on this show for 14 years and I’ve met a lot of people. You can’t tell how long someone will be here at the start, and there were people here who had never done variety before. But now it feels like we’re walking the same path together.”

Moon Se Yoon’s letter embarrassed him with how much self-love he expressed, while DinDin was all about the awards he wanted to win. DinDin did win an award at the 2020 KBS Entertainment Awards, but he failed to predict that Ravi would not win an award and that Moon Se Yoon and Yeon Jung Hoon would.

2 Days &amp; 1 Night Season 4
How does this article make you feel?