“The Penthouse 2” star Park Eun Suk talked about his ideal type on SBS’s “My Ugly Duckling”!

On the February 21 episode of the popular variety show, Park Eun Suk made a guest appearance as a special MC. The panel of celebrity moms was thrilled to see him, praising him for how handsome he looked in person and bombarding him with questions about his role in the smash hit drama “The Penthouse.” 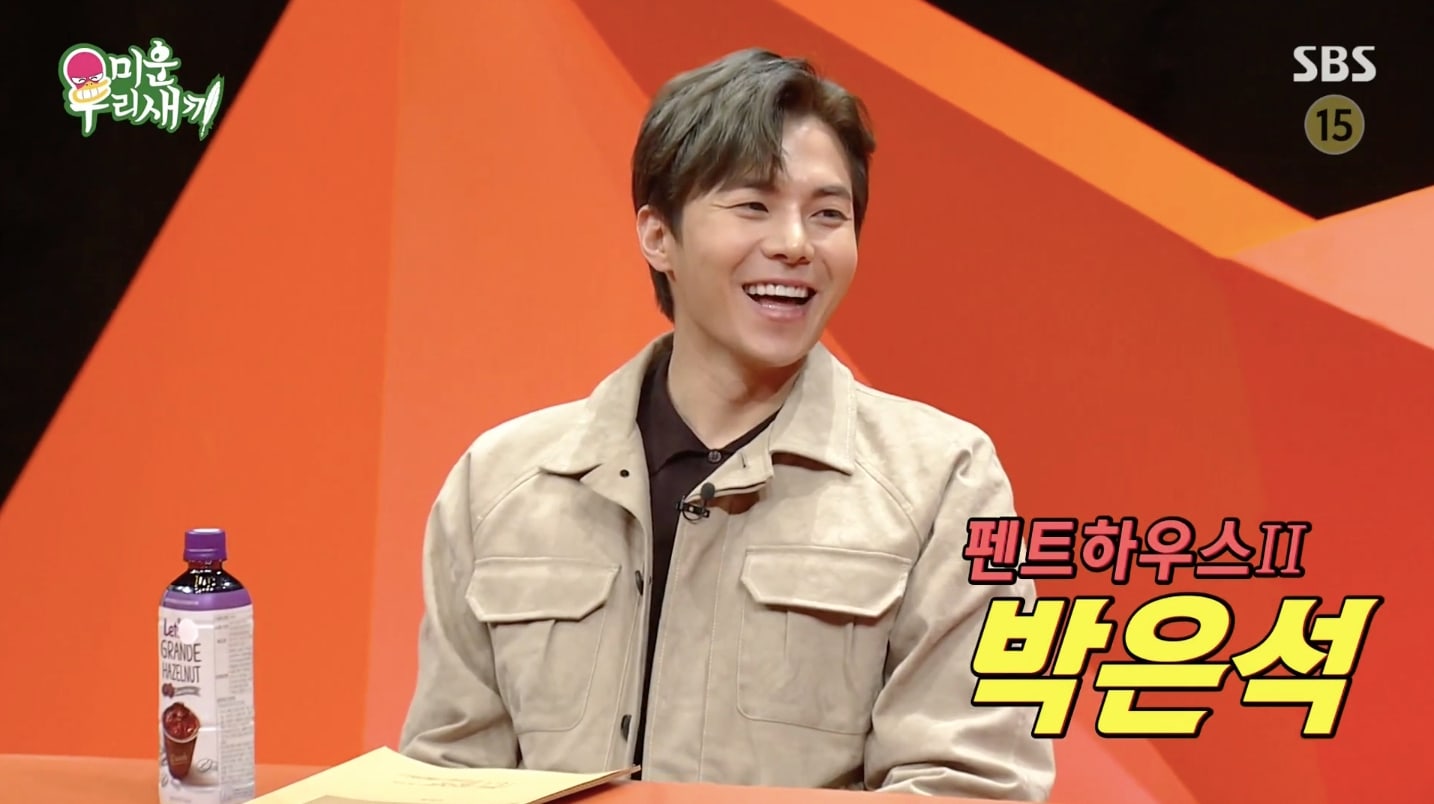 Spoilers for Season 1 of “The Penthouse”

After mentioning that Park Eun Suk was in the midst of filming the drama’s second season, host Shin Dong Yup asked the actor about the possibility of an on-screen romance with Lee Ji Ah. Although Lee Ji Ah’s character Shim Soo Ryeon was murdered in the Season 1 finale, many viewers have been hoping that she will make a dramatic return in Season 2.

Shin Dong Yup commented, “Many people are hoping for a romance to start between Lee Ji Ah and Park Eun Suk.” The moms agreed, “Yes, but then things ended like that.” Shin Dong Yup then asked, “Do you think people can look forward to something like that, just a little?”

Park Eun Suk cautiously replied, “To be honest, I don’t really know either. I just got my new script today, so I myself am also curious.” 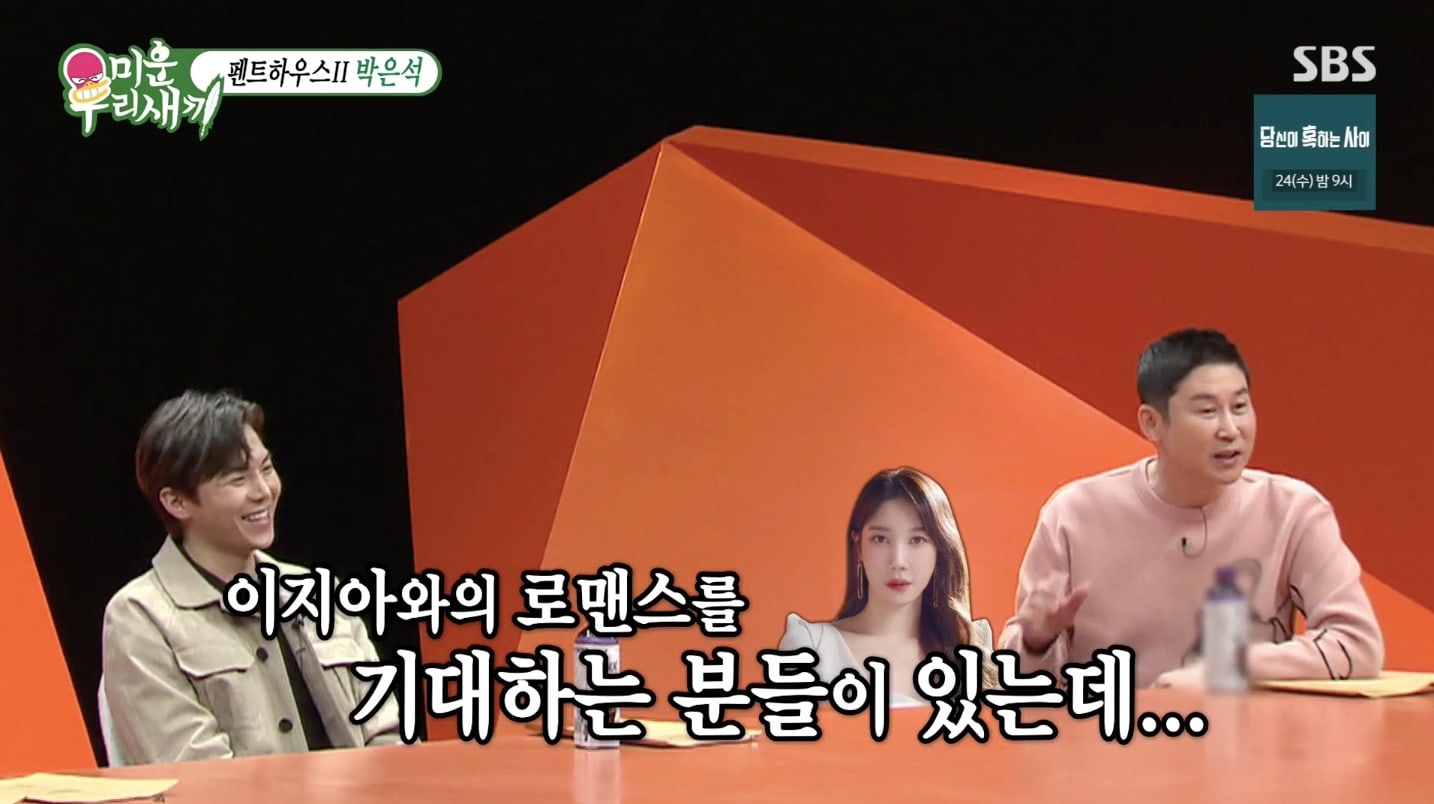 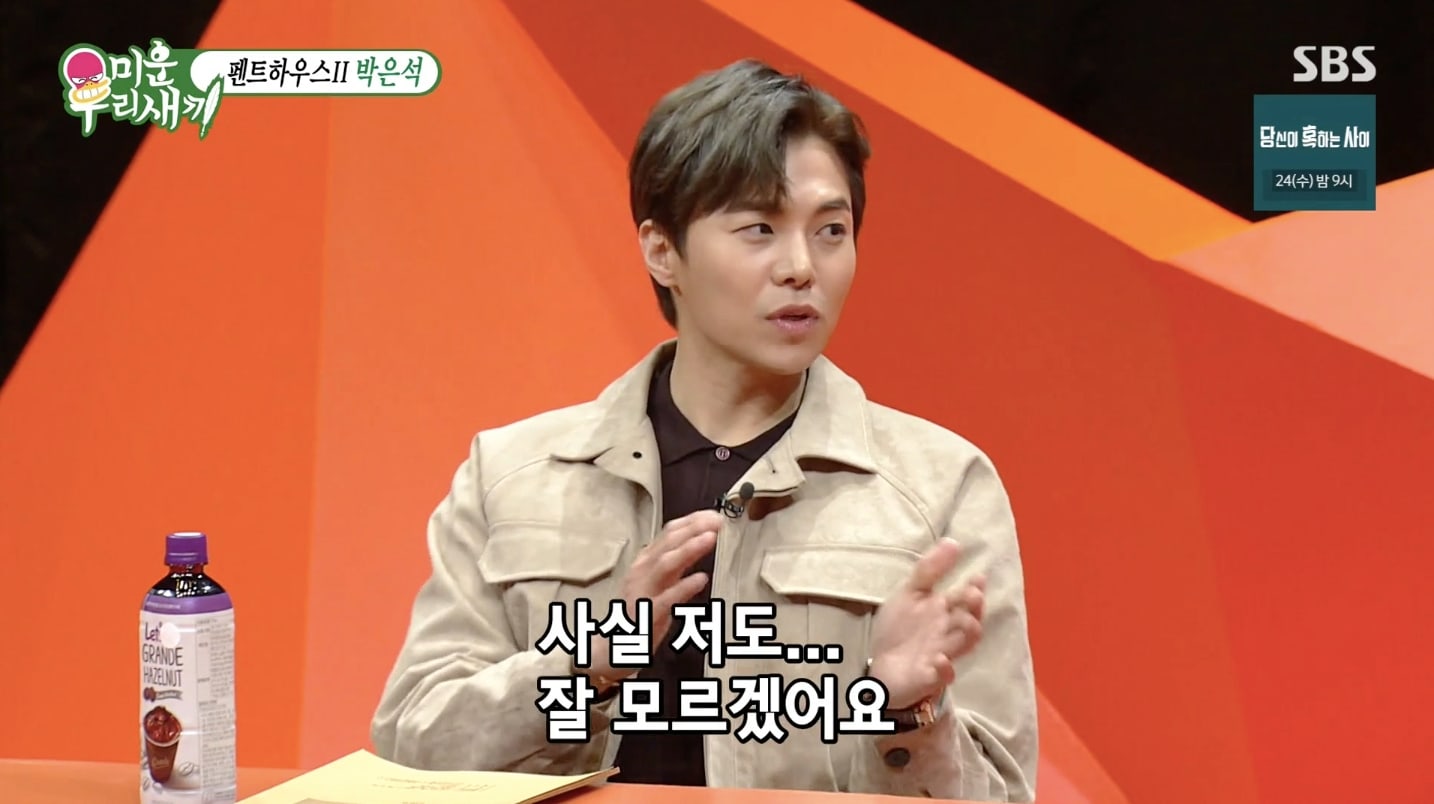 Shin Dong Yup went on to ask Park Eun Suk to choose his ideal type out of the three leading ladies of “The Penthouse”: Shim Soo Ryeon, “who looks weak on the outside but is strong on the inside,” the strong and charismatic Cheon Seo Jin (played by Kim So Yeon), and Oh Yoon Hee (played by S.E.S.’s Eugene), “who is tough and knows how to scrape by in life.”

After a moment of consideration, Park Eun Suk responded, “I think it’s probably ‘Oh Yoon Hee, who is tough and knows how to scrape by in life.'”

Host Seo Jang Hoon then asked what kind of woman made his heart flutter in real life, and Park Eun Suk replied, “When someone’s eyes are sparkling as she talks about her dream. You know how they say that a person’s facial expression blossoms like flowers while talking about work that they feel passionately about? It’s when I see that kind of side to a person.”

He added, “My heart could even flutter just from seeing a woman’s reaction to drinking a certain beverage.” 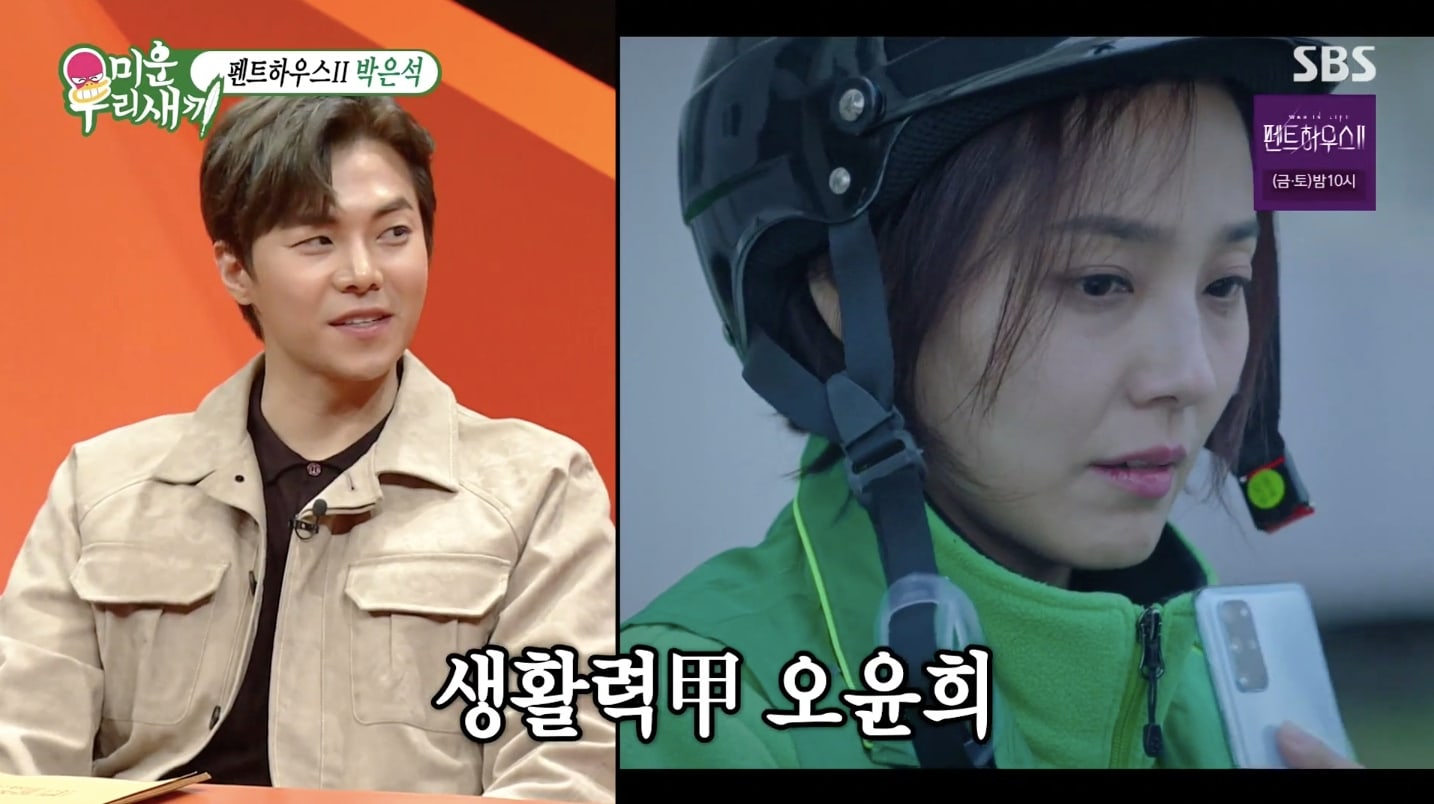 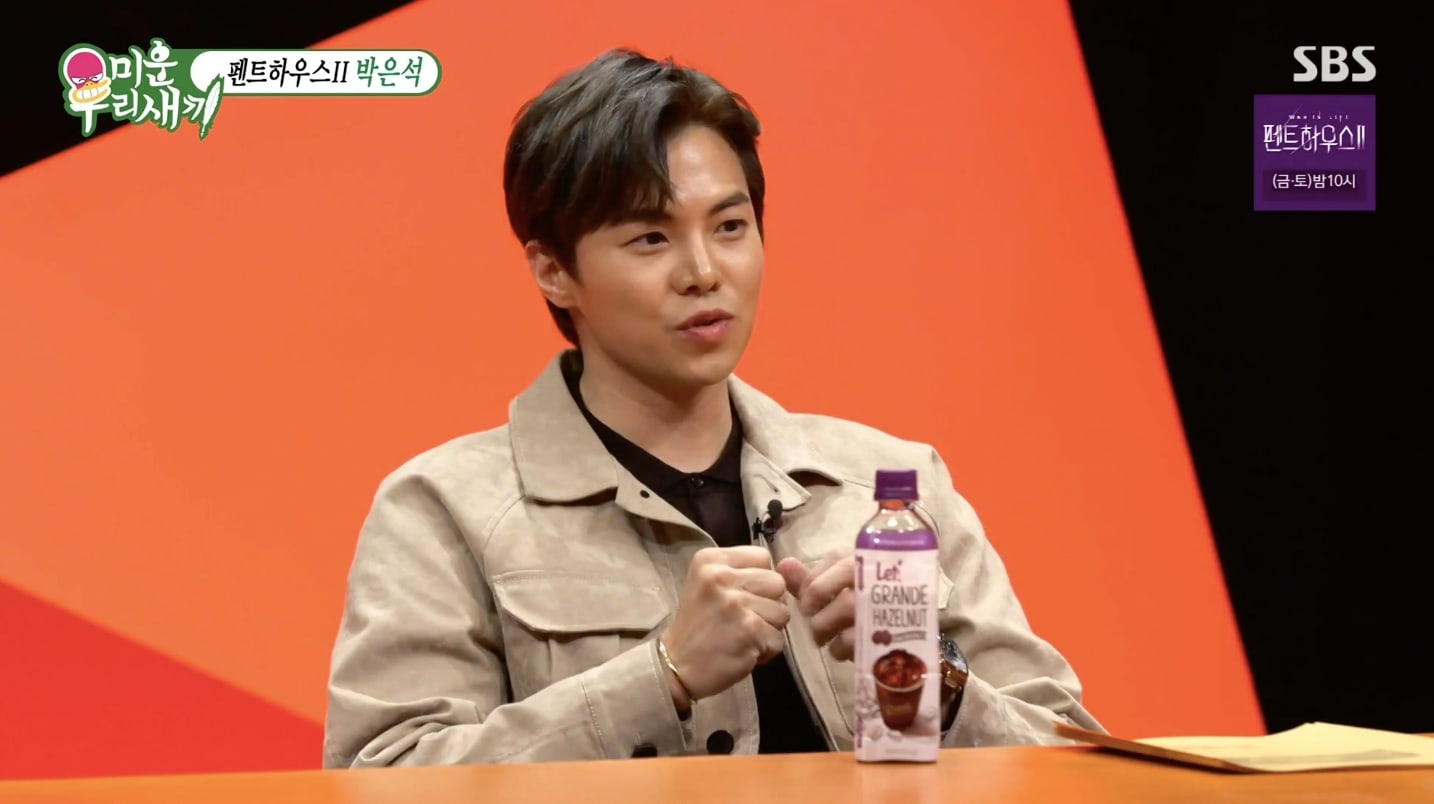 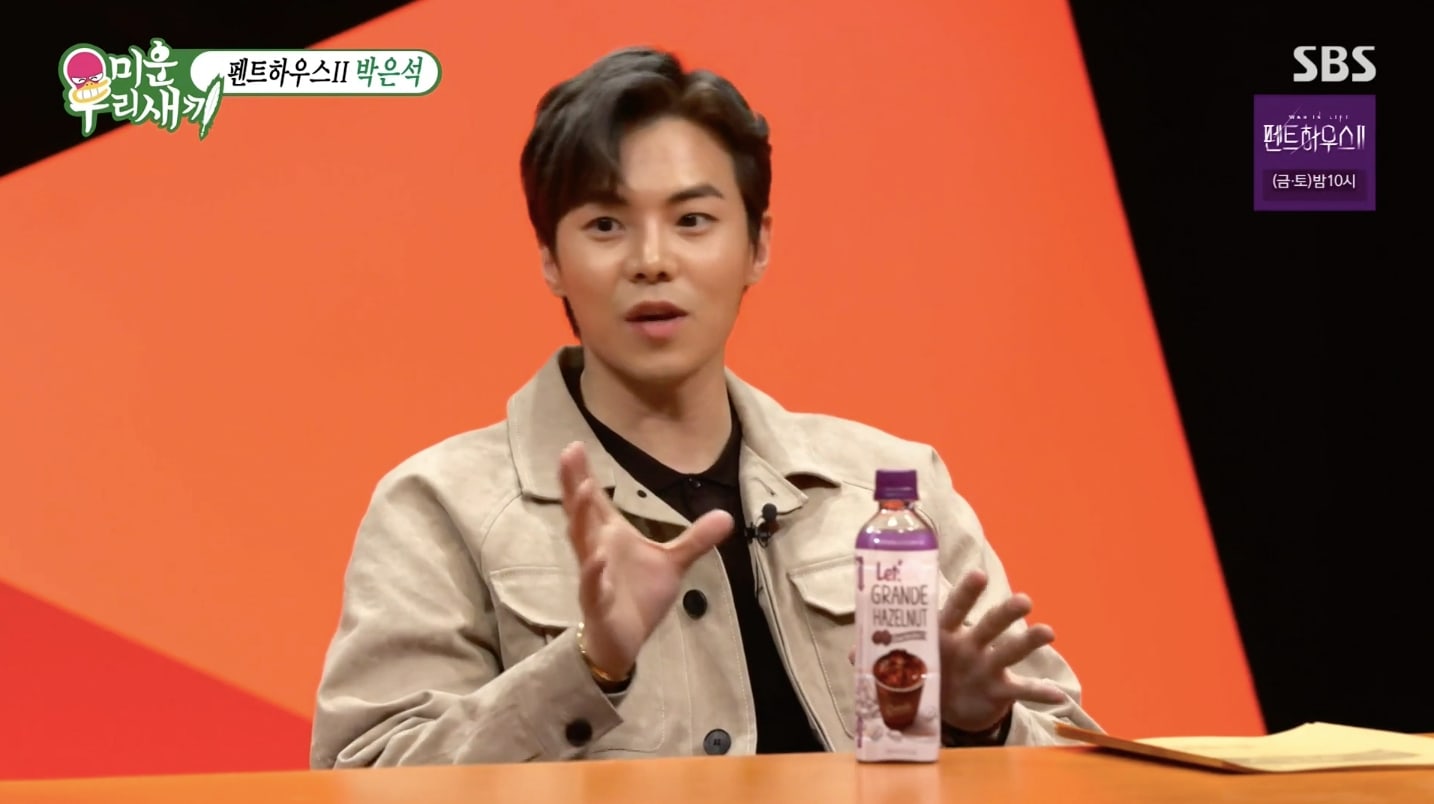 Check out “The Penthouse 2” with subtitles here…

…and watch full episodes of “My Ugly Duckling” here!