Twitter has revealed its list of the United States’ most-tweeted-about musicians in 2020, and K-pop artists claimed four of the top seven spots!

After releasing a global report specific to K-pop earlier this month, Twitter has now shared new information about what users in the United States were tweeting about in 2020.

According to Twitter, BTS was the No. 1 most-tweeted-about musician in the United States in 2020, followed by Kanye West at No. 2, Beyonce at No. 3, and Drake at No. 4. 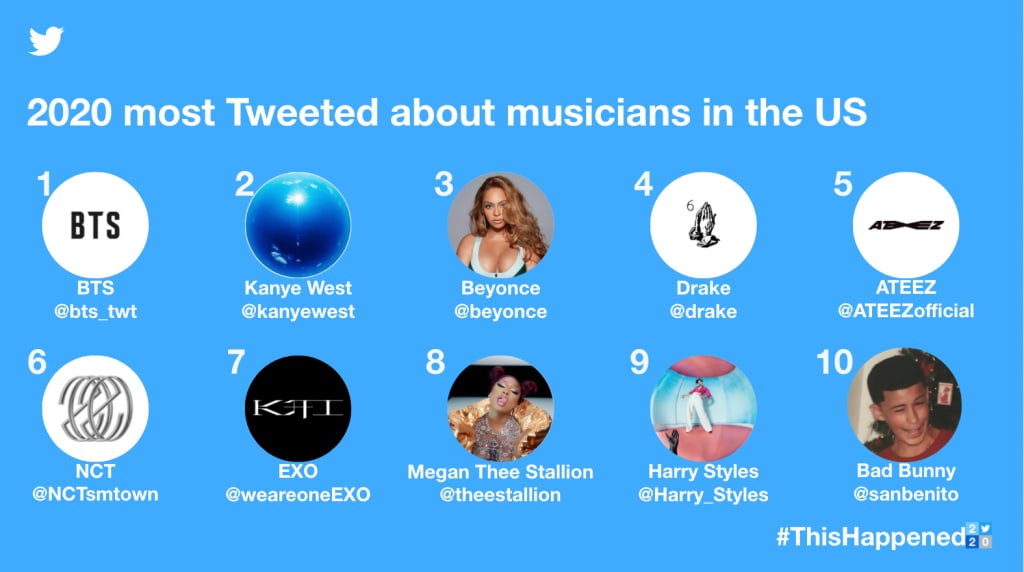 While this list is specific to the United States, you can check out Twitter’s global report on which K-pop artists racked up the most mentions across the entire globe in 2020 here!

NCT
EXO
BTS
ATEEZ
How does this article make you feel?