A reinterpretation of a classic Goguryeo folk tale, “River Where the Moon Rises” is a new drama that retells the famous love story of Princess Pyeonggang (played by Kim So Hyun) and On Dal (played by Ji Soo).

Although she was born as Princess Pyeonggang of Goguryeo, she has currently lost her memory and is living as the assassin Yeom Ga Jin. After Yeom Ga Jin was wounded and failed her mission to assassinate the King Pyeongwon of Goguryeo (Kim Bup Rae), she was saved by On Dal. Yeom Ga Jin temporarily stayed in On Dal’s cottage, and she didn’t kill him although required to by regulation, so viewers are curious to find out how their relationship will progress.

The newly released stills give a sneak peek at On Dal and Yeom Ga Jin selling medicinal herbs. In the pictures, On Dal has the medicinal herbs laid out on the street, and he wears a drum around his neck. As he observes where the people are, Yeom Ga Jin stares at the ground behind him with disinterest. 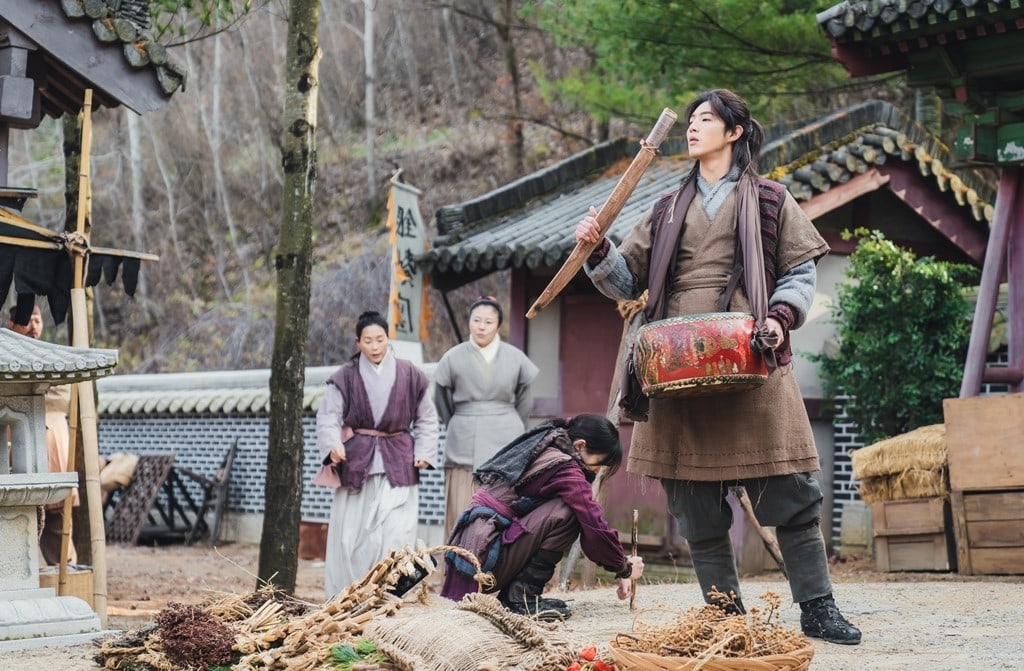 Close up, Yeom Ga Jin looks very dissatisfied. Although she feels On Dal is strange every time she sees him, Yeom Ga Jin inevitably takes part in the projects he leads, raising questions about what On Dal is making Yeom Ga Jin do this time around. The final image shows people crowding around the medicinal herbs, drawing anticipation for how their plan will succeed. 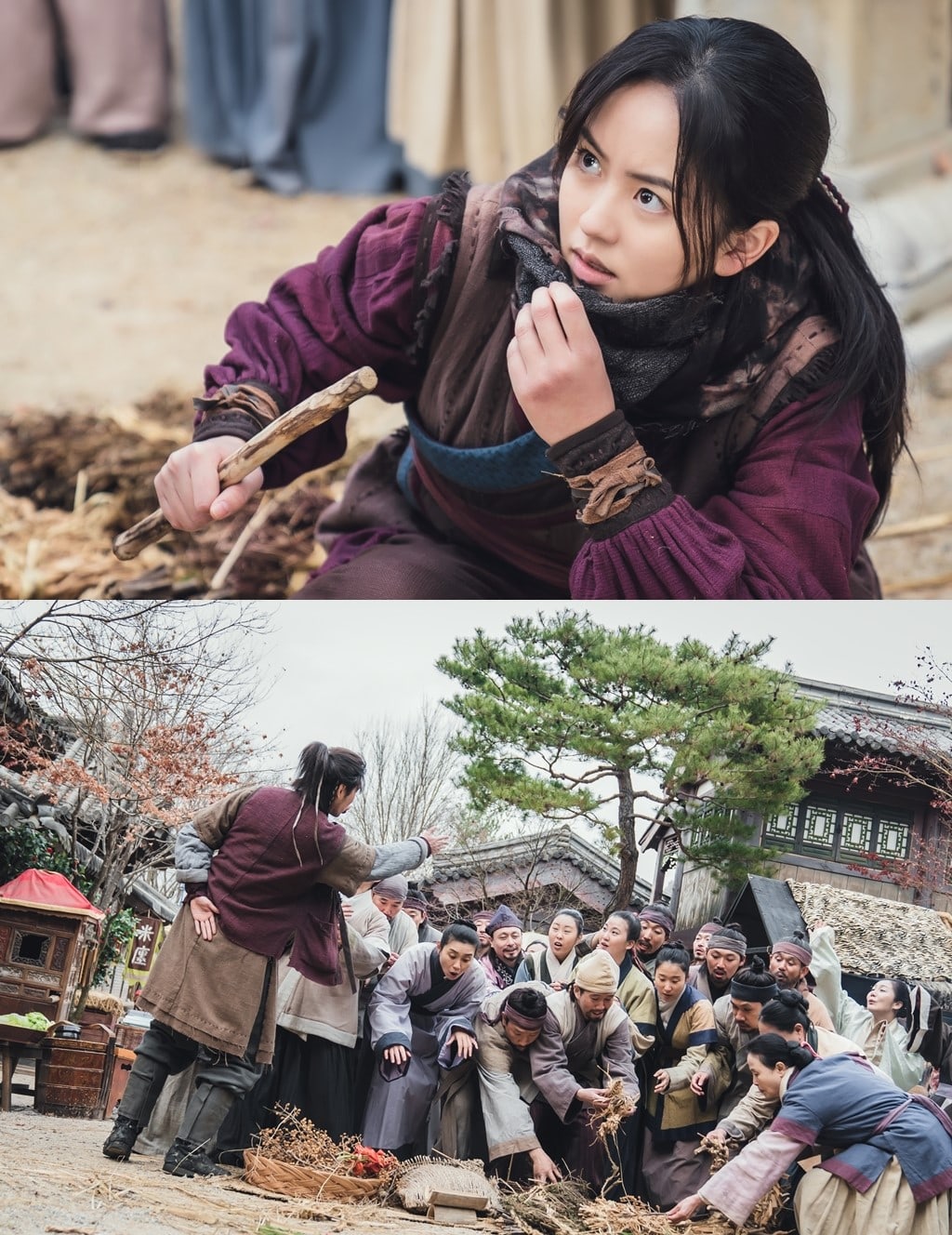 The production team shared, “Yeom Ga Jin, who is colder and more level-headed than anyone else as an assassin, continuously experiences something new as she becomes involved with On Dal. Please keep a look out with great interest and anticipation for the reason the two people are selling medicinal herbs on the streets and what result this will lead to.”

If you haven’t already, catch the premiere of “River Where the Moon Rises” below:

Kim So Hyun
Ji Soo
River Where the Moon Rises
How does this article make you feel?