Ahead of the upcoming episode of “The Penthouse 2,” SBS has shared new stills of Eugene and Park Eun Suk.

“The Penthouse 2” is the second season of the suspenseful revenge drama about ambition and greed and women who will stop at nothing to protect their children.

In the previous episode of “The Penthouse 2,” Oh Yoon Hee (Eugene)’s revenge kicked into full gear as she cleared herself of the charge of murdering Shim Soo Ryeon (Lee Ji Ah), re-appeared in Cheon Seo Jin (Kim So Yeon) and Joo Dan Tae (Uhm Ki Joon)’s life, and joined the Hera Palace as a member. She also threw a plot twist in the works as she became Cheon Seo Jin’s “shadow singer.” However, all of this revenge was possible due to the help of Logan Lee (Park Eun Suk).

In the stills, however, Logan Lee and Oh Yoon Hee are in the midst of an ambiguous meeting. Oh Yoon Hee has broken down into emotional tears, while Logan Lee watches her with an unreadable expression on his face. It’s not clear if he is responsible for her tears or is simply approaching her during a vulnerable moment, but it suggests that the two of them share an uncertain and dangerous relationship. 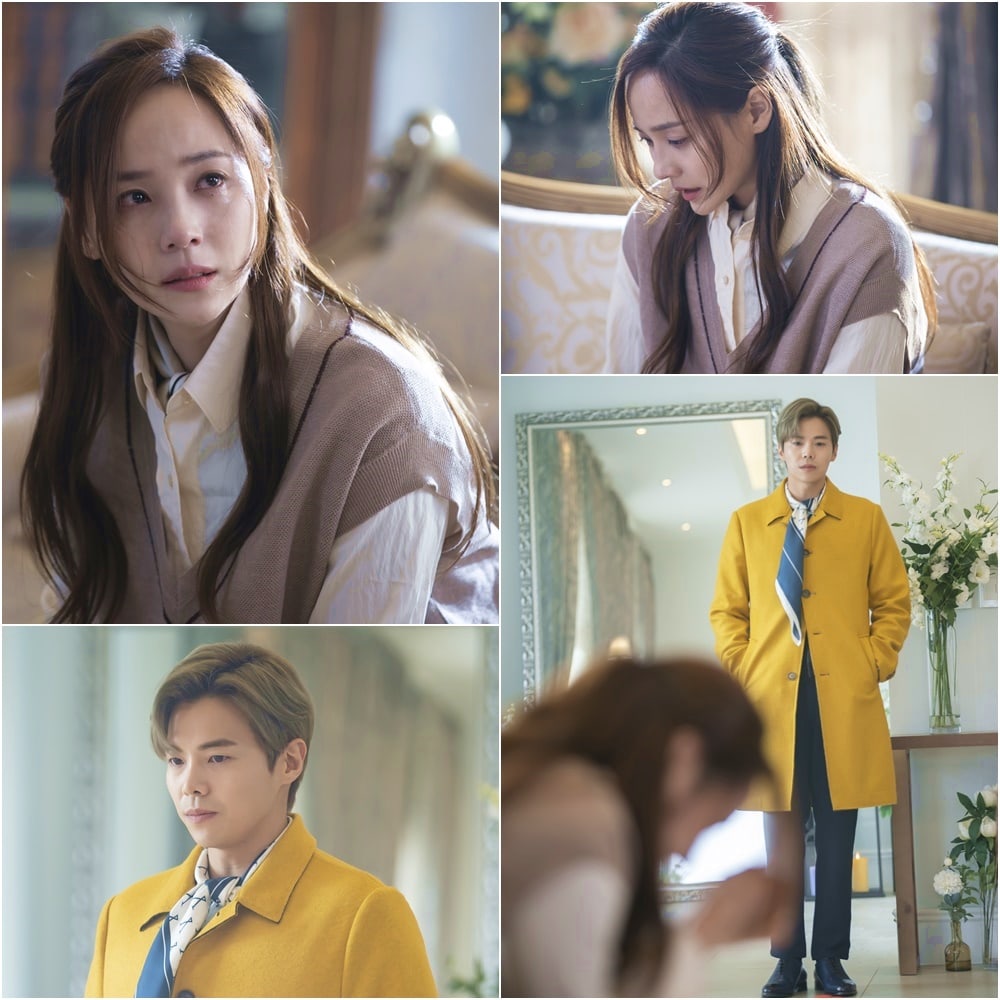 At the end of the first season of “The Penthouse,” Logan Lee and Oh Yoon Hee had a fierce confrontation in which he held her responsible for the deaths of Min Seol Ah (Jo Soo Min) and Shim Soo Ryeon. Oh Yoon Hee denied killing Shim Soo Ryeon and ended up putting a knife to her own throat and collapsing.

The production staff stated, “Eugene and Park Eun Suk continue to express their characters in ‘The Penthouse 2’ with their strong acting skills. As a murderer and the brother of the victim, it seemed that Oh Yoon Hee and Logan Lee could never work together, but please look forward to seeing what choices and actions they take in their pursuit of revenge.”

Eugene
Park Eun Suk
The Penthouse 2
How does this article make you feel?