KBS’s newest sageuk “River Where the Moon Rises” won viewers over with its premiere episodes last week and continues to stay strong, rising to a new ratings high. The story moves leaps and bounds as our amnesiac princess regains her memory and a community of people who are prepared to become her new family.

But what truly makes these episodes shine are the small moments between Pyeonggang (Kim So Hyun) and On Dal (Ji Soo) and the not-so-small meaning imbued in those scenes. Our herb-collector has fallen head over heels for his tough assassin, and luckily enough, she seems to have a soft spot for him too!

Without further ado, here are our favorite moments between our main couple this week!

1. On Dal racing to Pyeonggang’s rescue

What’s so amazing about On Dal (and really all of Ji Soo’s characters) is that he wears his heart on his sleeve. His entire demeanor changes the second he realizes that Pyeonggang’s in danger. No longer sweet and feigning simplemindedness, he immediately looks like he’s ready to go to war. It’s hard to believe that minutes earlier he was plucking flowers and weaving them in his hair! 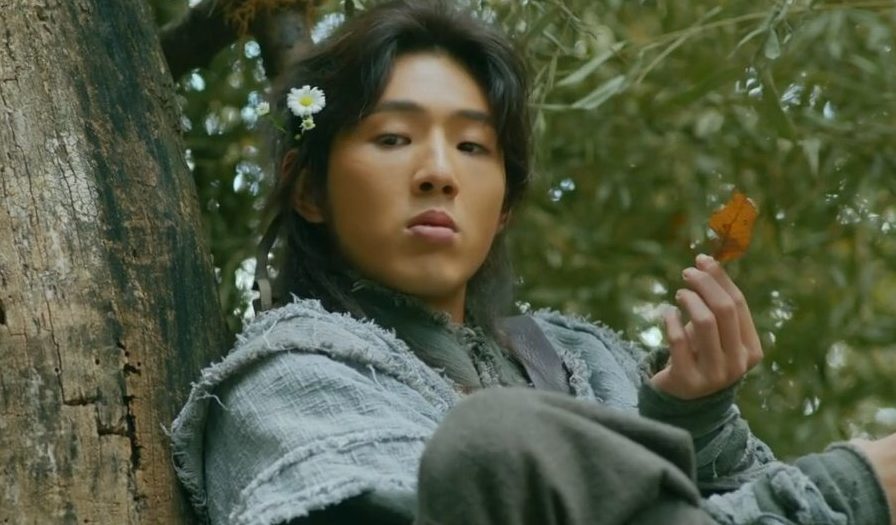 There’s been various mentions online of On Dal being a “himbo” or a vacuous man, which are fair comments to make. Given that the source material for his show is essentially the story of a princess and a “fool,” there was the question of whether On Dal would be able to hold his own against Pyeonggang. But there are hidden depths to On Dal, and Pyeonggang starts to realize this early on. This romance just wouldn’t work if she’s deadly, gorgeous, and intelligent, and he’s just…cute.

For example, he knows she’s an assassin and is being held within a den of assassins, and he still races off to get her. It’s not that On Dal isn’t thinking straight or is blinded by his newfound feelings for Pyeonggang. He’s careful, tracks the assassins to Cheonbujang’s hideout, and manages not to get caught. He’s evidently a lot smarter than he looks and knows what he’s doing. It’s no wonder that Pyeonggang looks so surprised to see him, as if she didn’t think anyone would care enough about her to save her and that he managed to take out the assassin duo guarding her.

Rather than starting off with immediate attraction, the way On Dal does, the rescue makes Pyeonggang respect him. This respect only grows as the episode progresses, and it starts to morph into something much deeper.

And who can blame her? On Dal is a gem! 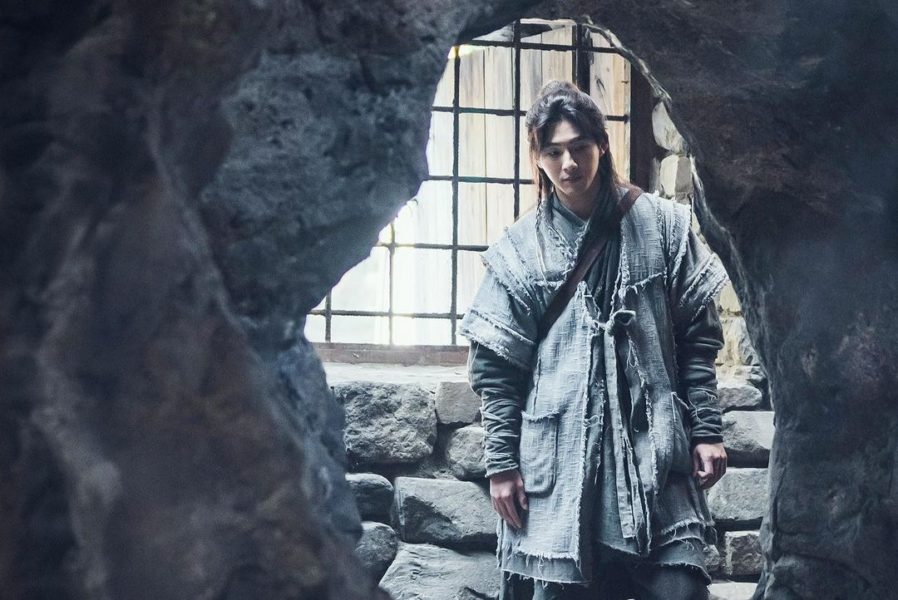 2. On Dal trusting Pyeonggang to come back for him 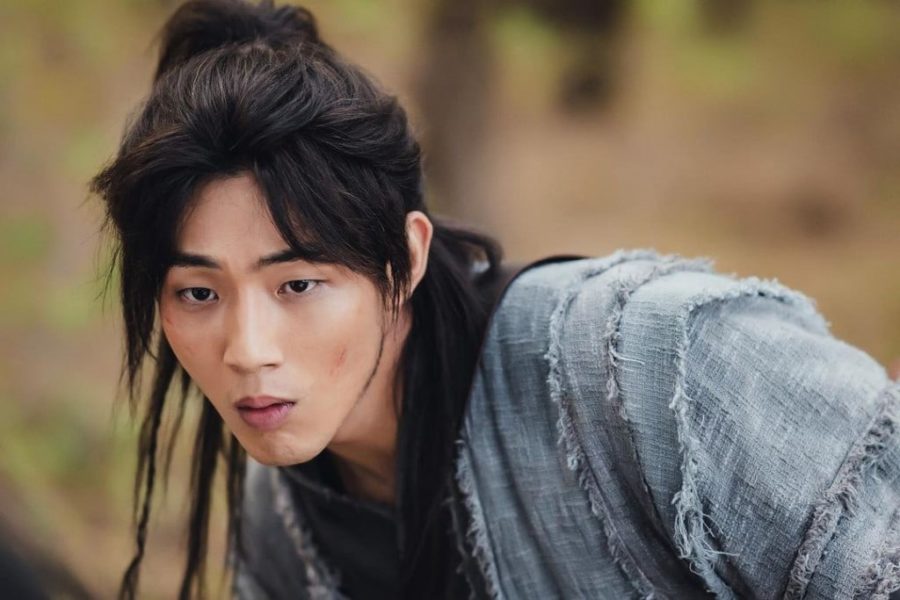 Let’s talk about how much On Dal endures for Pyeonggang. First, he creates that scene in the marketplace to attract Hae Mo Yong’s (Choi Yu Hwa) attention and willingly accepts being beaten up. Then, he gets strung upside-down and used as collateral to ensure Pyeonggang returns. He makes it quite clear that he could have gotten free at any point, but he willingly endures being in that position (with all the blood rushing to his head, which couldn’t have been easy!) for Pyeonggang.

In fact, the moment he hears that she’s out of Mo Yong’s reach, he immediately sets himself free and gets to work to repay Mo Yong so that Pyeonggang will be unharmed upon her return. Mo Yong is visibly disconcerted by On Dal’s devotion to his “friend,” and tries to insinuate that Pyeonggang isn’t coming back for him. But On Dal’s trust is unshakable.

In another drama, this would be a point where the evil second female lead sows discord and tricks the male lead into believing that Pyeonggang is never coming back and that he was duped. Then we’d have angst aplenty and so forth. But this is On Dal. He doesn’t overthink things. He trusts her and so he does. And that makes his unwavering faith in her all the more swoonworthy.

3. Pyeonggang coming back for On Dal 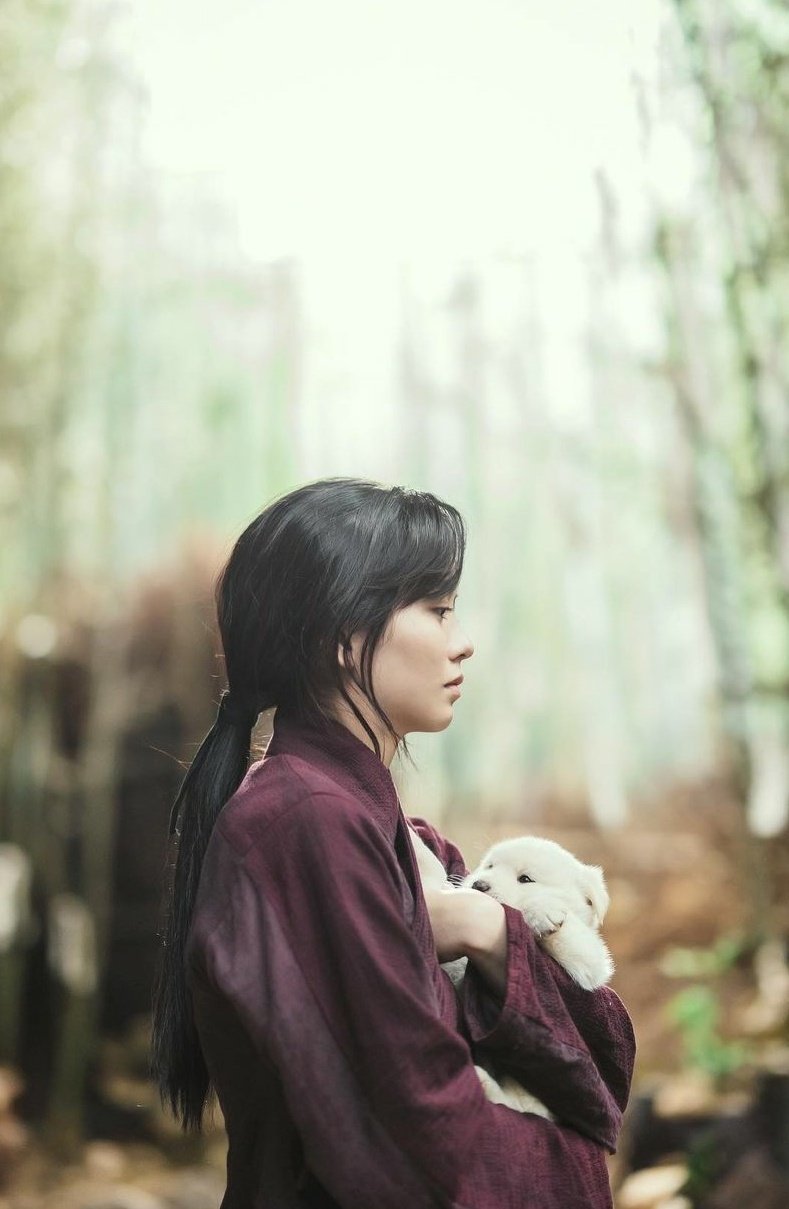 What’s even better about On Dal’s trust is that it’s reciprocated. Pyeonggang doesn’t seem like someone who’s had a lot of love or trusted a lot of people. But she trusts him. Enough to refuse to kill him despite it going against Cheonbujang’s code, enough to risk going on a mission to infiltrate the palace with him, and enough to return for him when it literally means she’ll be captured by Mo Yong.

She’s surprised to find On Dal still there, and the way he immediately jumps in to protect her and pay Mo Yong the equivalent of the reward he would have gotten by turning Pyeonggang in is just peak romance. As is their reaction upon seeing each other again:

His first thoughts are immediately for her, despite being strung upside-down and slowly bleeding out! But what’s so sweet about this from Pyeonggang’s perspective is that it shows that she didn’t think On Dal would wait. She didn’t know On Dal’s motives for helping her. She wasn’t sure he was actually going to wait for her while she visited Wol Gwang. That means she didn’t know if he was even still being held hostage by Mo Yong, and she still came to save him. Now that’s love.

4. Our couple literally building a home together

Another amazing trait of On Dal’s is that he’s nonjudgemental. A former assassin doesn’t have anywhere to go? Come to my village and we’ll all take care of you!

It was heartwarming to see the entire village gather to help Pyeonggang, not because they knew her or liked her – she’s still a stranger to them after all – but because On Dal likes her and they’d do anything for him. Plus even when they learn that she was a former assassin, they don’t mind!

On Dal surrounds Pyeonggang with love, the familial kind and the friendly kind. He shows her the world outside the palace, a world worth fighting for, and the only home Pyeonggang will keep in her heart when she will very likely have to return to the palace to fight for her people.

Yet, seeing them build a home together (and On Dal almost demolishing it) is the sweetest thing. He’s always getting her to laugh, and she’s always close to smiling around him.

He’s never failed to make her laugh. They bring out the best in each other and what’s not to love about that?

5. That conversation on the cliff.

The reveal of Pyeonggang’s identity comes pretty early on, which is a breath of fresh air compared to shows that hold out until the very end to bring out the old “big secret.” What’s even more refreshing is how they handle it. Pyeonggang certainly comes to a very dark decision very quickly due to how guilty she feels. And there’s no denying that On Dal is hurt as well. Despite his father telling him not to hold onto revenge, it’s practically impossible for a child of that age to witness what On Dal did and not feel hatred for King Pyeongwon (Kim Bup Rae).

But On Dal doesn’t go ballistic the way other male leads might. This is a classic case of children bearing their parents’ sins but On Dal doesn’t take it that far. He doesn’t resent Pyeonggang as a person but rather her status. Like it or not, his village died for her because she was a princess, and he gently reminds her that this means her life is no longer her own. It might sound harsh, but given how horribly his village was massacred and how they have to live now, it makes perfect sense. And On Dal explaining it without rage makes it easier for Pyeonggang to take in.

Despite his anger, On Dal isn’t a petty person. And despite her guilt, Pyeonggang doesn’t hide. She’s brave enough to reveal her identity and accept the consequences – like how what’s left of the Sunno Tribe will probably turn against her if they know who she is. This is where the couple shines because On Dal immediately steps up to shield her (though Sa Woo Nam (Jung Wook) the head of the tribe appears to have guessed). A male character in a sageuk who doesn’t let anger control him and isn’t petty? Yes, please!

With Pyeonggang slowly being set up to head for the palace to reclaim her destiny as the nation’s ruler, she’ll need all the allies she can get. And there’s no doubt that On Dal is always on her side.

We haven’t gotten a kiss or anything explicitly hinting of romance between the two of them just yet. But the way they depend on each other, care about each other, and trust and fight for each other is even better. They have amazing chemistry, and hopefully there’s a happy ending in store for them after all the strife they’ve endured. So let’s not think too hard about that opening scene. Next week’s episodes appear to show them getting even closer, and quite a few hugs. Monday can’t come soon enough!