Good news for all the guys younger than EXID’s Hani out there: the idol-turned-actress says she’s interested in dating a younger man for the very first time!

On February 25, Hani appeared as a guest on the SBS Power FM radio show “Kim Young Chul’s PowerFM,” where she chatted about her new romance drama “How To Be Thirty.”

In “How To Be Thirty,” Hani stars as Lee Ran Joo, an announcer who has just entered her thirties after achieving success at an early age. She winds up getting swept off her feet by Hyung Joon Young (played by Baek Sung Chul), a sweet and surprisingly forward younger man who isn’t afraid of expressing his feelings as he boldly pursues her.

“I’m curious about it,” replied Hani. “I’ve never dated a younger guy before. I’m curious what it’d be like.”

Kim Young Chul then asked Hani what she would pick if she had to choose between a younger man, an older man, and a man of the same age. Hani said she would choose a younger man, explaining, “The caption on my poster [for ‘How To Be Thirty’] says, ’30, the age at which you become curious about younger men.’ I really related to that.”

“They say that when you’re in your twenties, you want to date older men,” she continued, “but I think that starting from 30 onwards, women become curious about younger men.”

Kim Young Chul went on to ask what she considered her age cutoff for a significant other, to which Hani replied with a laugh, “Does age even mean anything these days? No comment.” 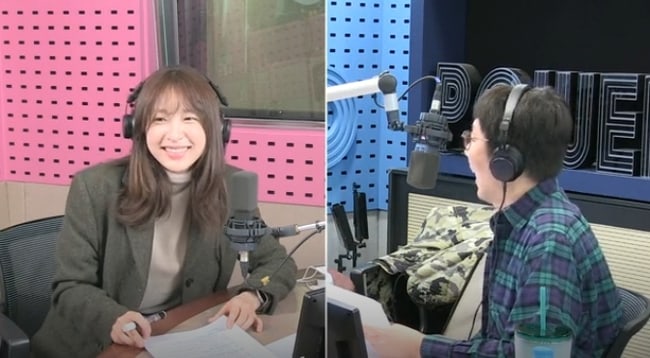 Hani also spoke about her long-lasting friendship with her fellow EXID members. “I really miss them,” she lamented. “The day before yesterday, Hyelin called me on the phone after having a few drinks to say she missed me. Because I’m busy these days, I said, ‘Let’s meet up as soon as we possibly can.”

Hani went on to show love for Jeonghwa by sharing, “Jeonghwa is in a play right now. I went to go see it recently, and she was so good that it made me cry.”

Watch Hani in “How To Be Thirty” with subtitles below!

EXID
Hani
Kim Young Chul's PowerFM
How To Be Thirty
How does this article make you feel?