MAMAMOO’s Hwasa Shares What Makes Her Stronger, Her Life Philosophy, And More

The photos and interview released in the February feature give a glimpse of who she is as an artist and an individual. 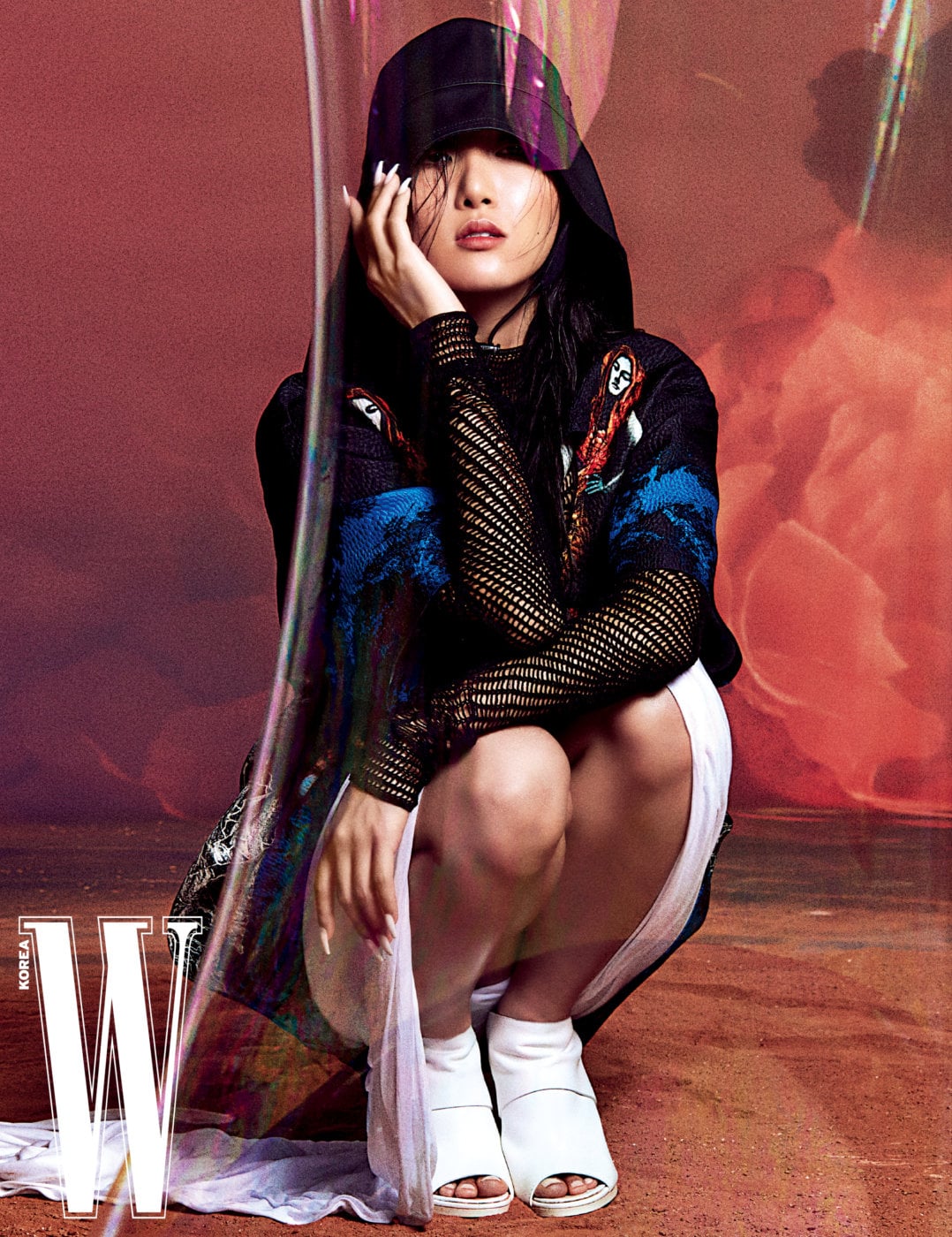 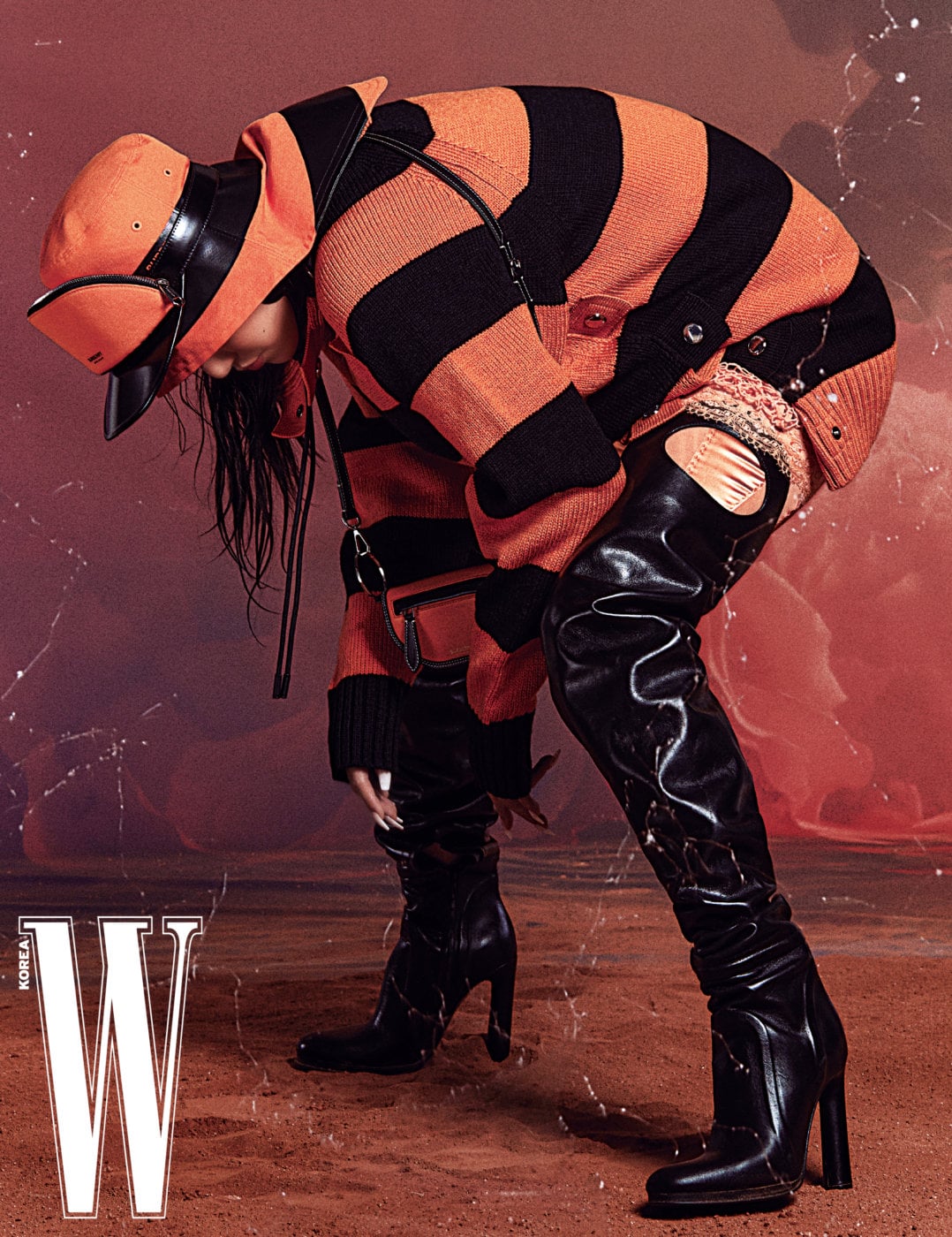 Dividing her story into three chapters, Hwasa started off by talking about her childhood. She said, “The neighborhood I used to live in when I was young had a lot of alleyways. We all knew who everyone was. If I think of that place, I think of ‘Reply 1988’ right away. I would wear my mom’s makeup and walk around town wearing hanbok (traditional Korean clothing). Maybe it was because my family was poor, but I did take after fancy things.” She continued, “There was a part of me that was shy, but I was still sure of what I wanted to do and was feisty. I would ditch preschool just like that all the time so I did trouble my mom quite a bit.” About her sisters, the artist said, “I have two older sisters. They’re a year apart and the younger one is four years older than me. I was the youngest and did what I wanted, so my sisters often made me a loner while they played. Whenever they did that, I didn’t back down and went to tell on them to my dad. Whenever we meet up, we talk about those days. Even recently, we laughed while talking about the past.”

Hwasa continued to explain that because her parents were busy working to support the family, she would come up with ways to get more of their affection and praise. She said, “My desire to show my parents the good side of me and to receive compliments was the start of me trying to show more of myself. As I kept hearing, ‘You’re good,’ I started to find the fun in it. Even at home, I would put on a show by myself. I would sing, dance in front of the mirror, impersonate someone, and imitate lines from movies.” 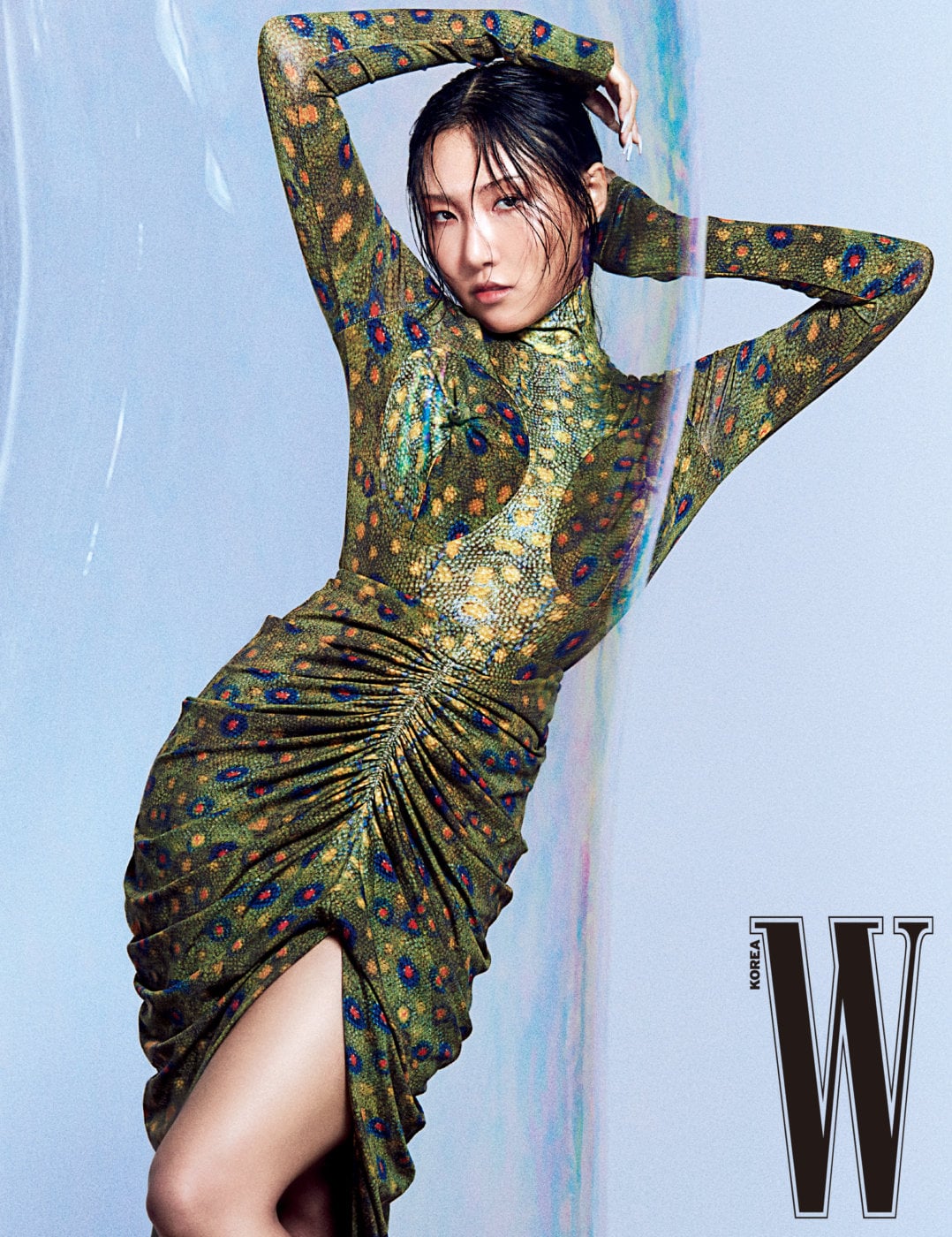 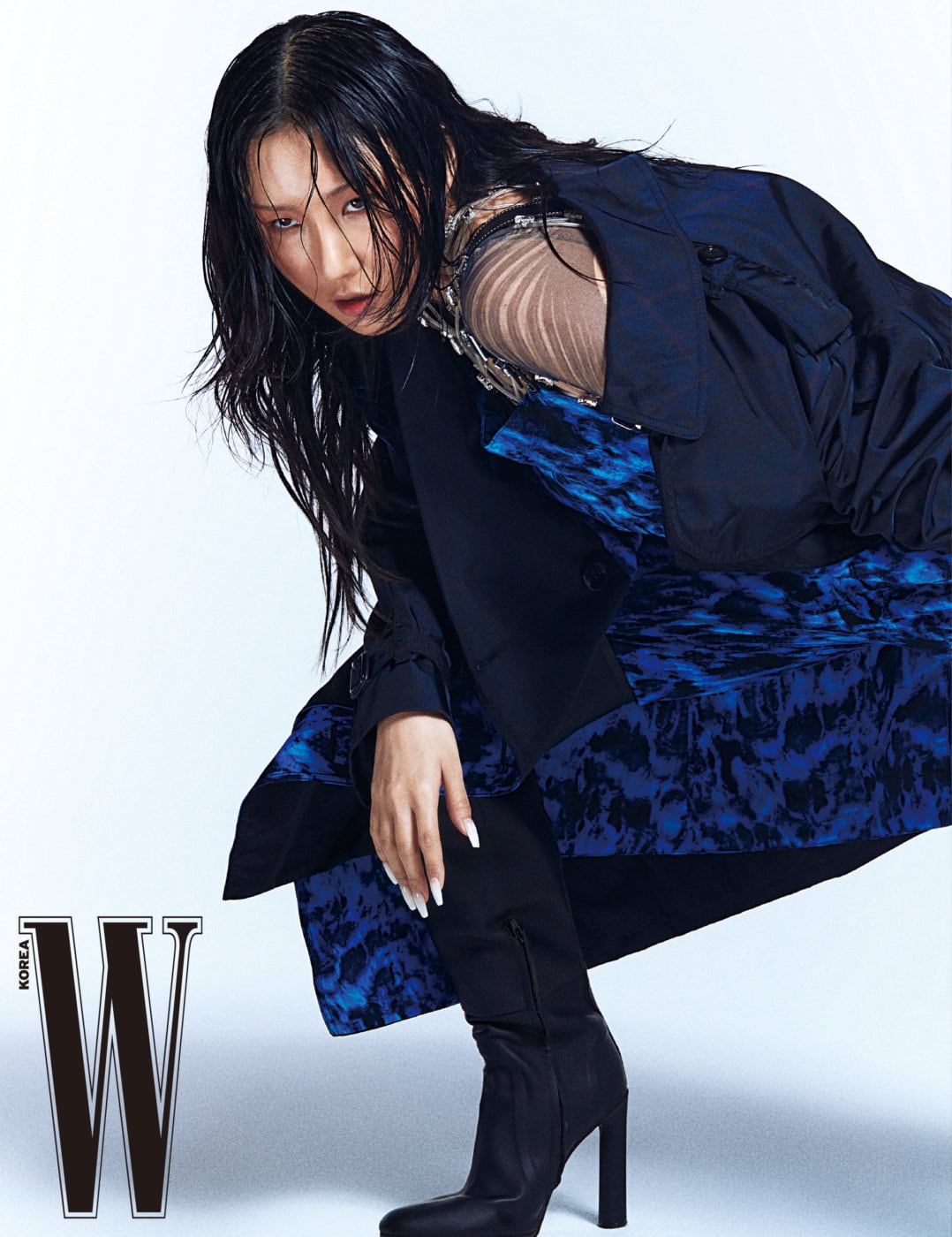 The artist started honing in on her dream to become a singer around middle school and high school. She testified that all the criticism and failures she went through then proved to be special factors of motivation. Furthermore, she said, “Whenever someone would judge me, it would make me go crazy. I would think, ‘I will show you that you’re wrong.’ If I felt like I was being ignored, it made me stronger.”

Hwasa found inspiration in Beyoncé. The day she heard someone say, “You’re unique and good at singing but you are fat and not pretty,” she went home and watched videos of Beyoncé performing all night. One of the clips she watched then is the video she paid homage to in her “Hwasa Show” during MAMAMOO’s 2019 concert. 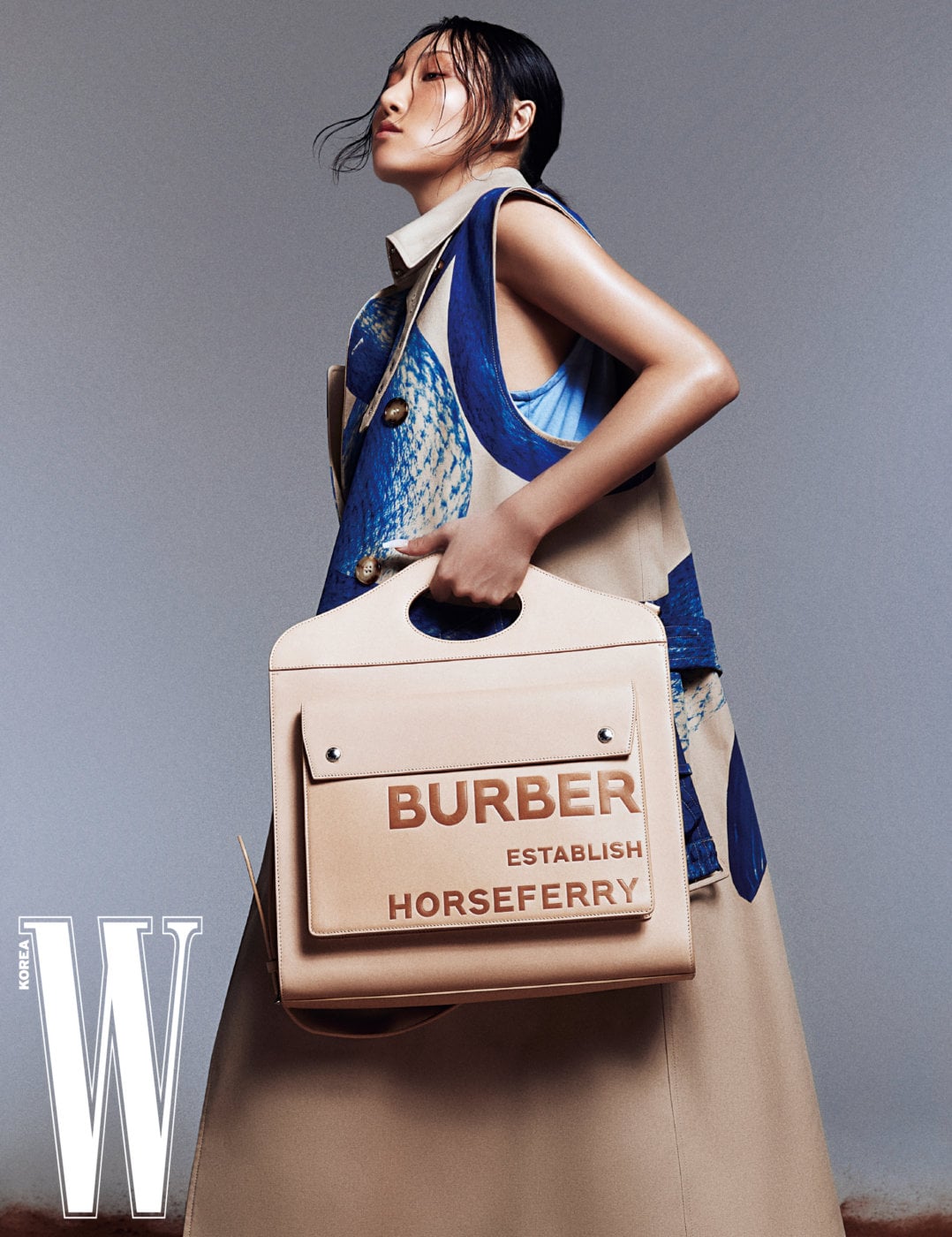 In the second chapter of her story, Hwasa went further into her life as a singer. She opened up about how her uncle’s passing had a huge impact on her as an artist and how she performs on stage. She explained, “He meant a lot to me. It was my first experience losing someone special. I don’t even remember how I lived back then. I am still affected by it to this day. Now that time has passed, rather than being pained, I just miss him. When I liked to dress up and perform back as a kid, he is the only one who encouraged and supported me. When I moved to Seoul with my friend and member Wheein from Jeonju and lived in difficult circumstances, he looked after me.” She added, “I have his phone and wallet, which I sleep with by my bedside. I’m sorry for him to hear this, but I turned on his phone once. It was filled with my songs, the guides I recorded when I was a trainee, and my photos.”

Hwasa details the 2018 Mnet Asian Music Awards as the highlight of her music career. She said that it was the most thrilling and cathartic experience she ever had, further explaining that she had already felt like she had lived her best moment even before finding out that the performance would receive so much attention. 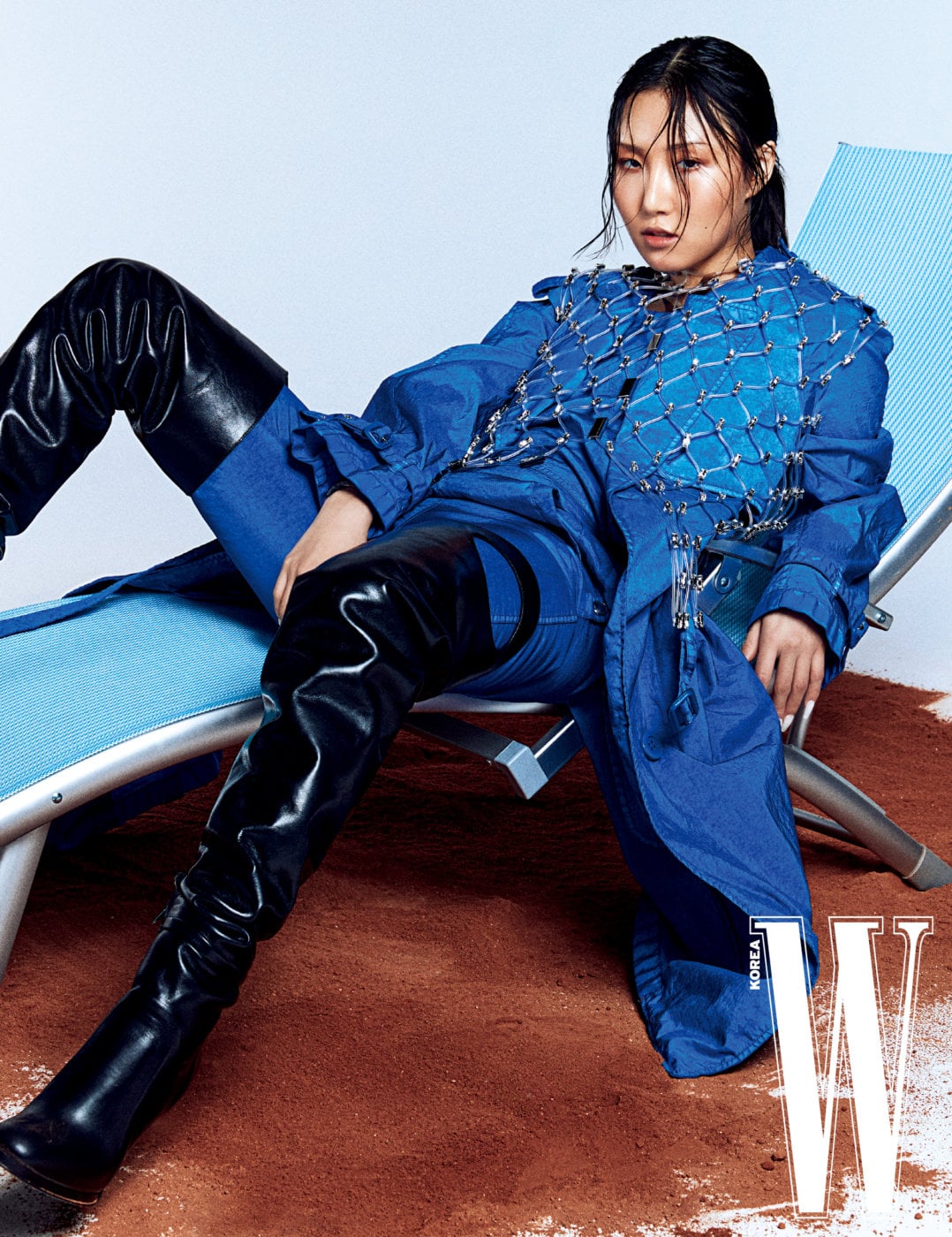 On her weaknesses, Hwasa commented that she loves to dance but is not naturally very good at it. Since she gets frustrated over herself, she works hard to practice enough to make each movement her own. She also commented that her solo song “Maria” is the best representation of who she is. She said, “It feels like I emptied myself. The lyrics, along with all the other aspects of ‘Maria,’ were elements that I had been thinking about for a long time, so it accurately depicts who I am.”

The artist also had things to say about what music means to her. She explained, “To me, I would say music is ‘breath.’ It feels as if I’m breathing. All of my everyday life, my every step, is all music and connected with music. If I don’t have music, I might get so frustrated from not being able to breathe and die.” 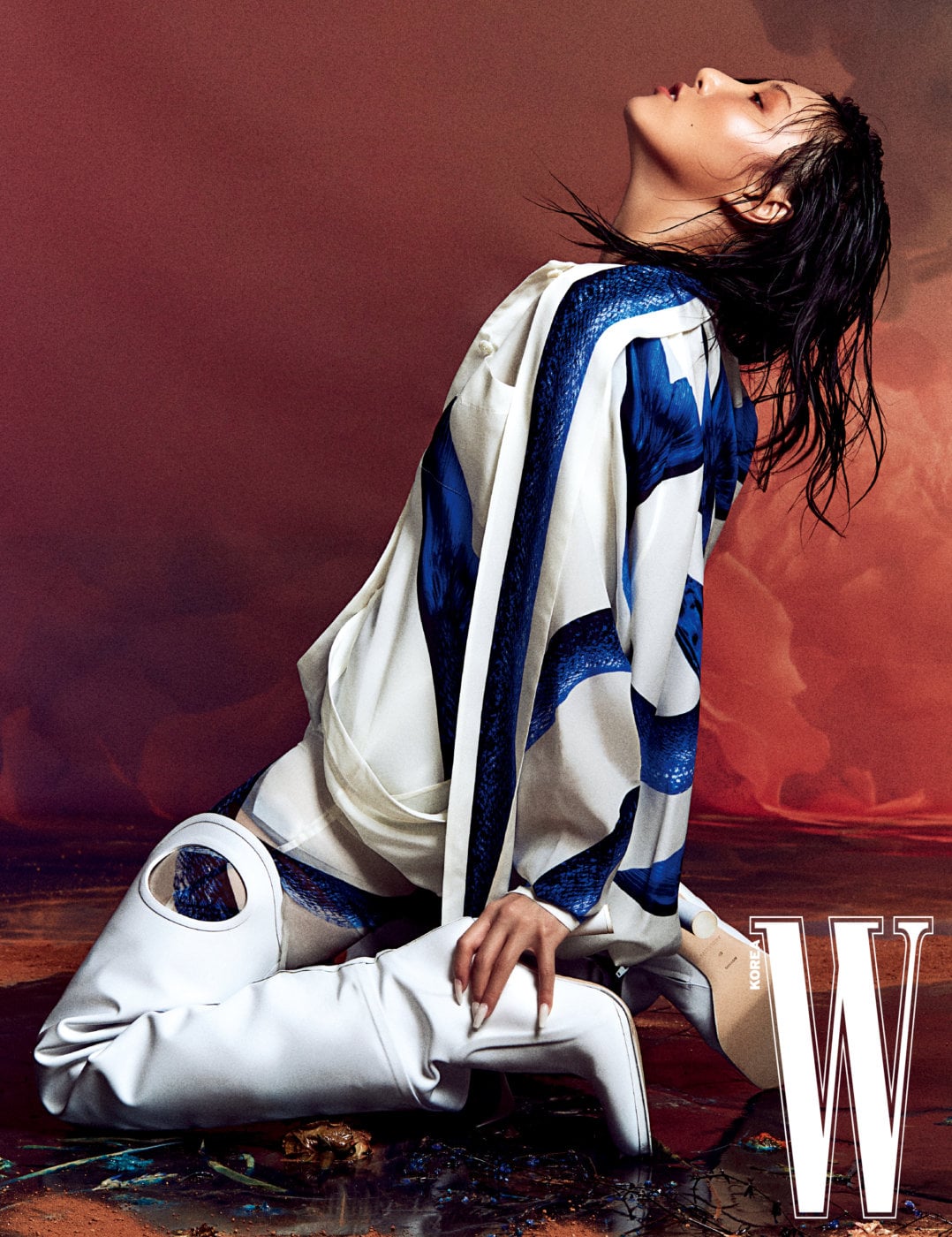 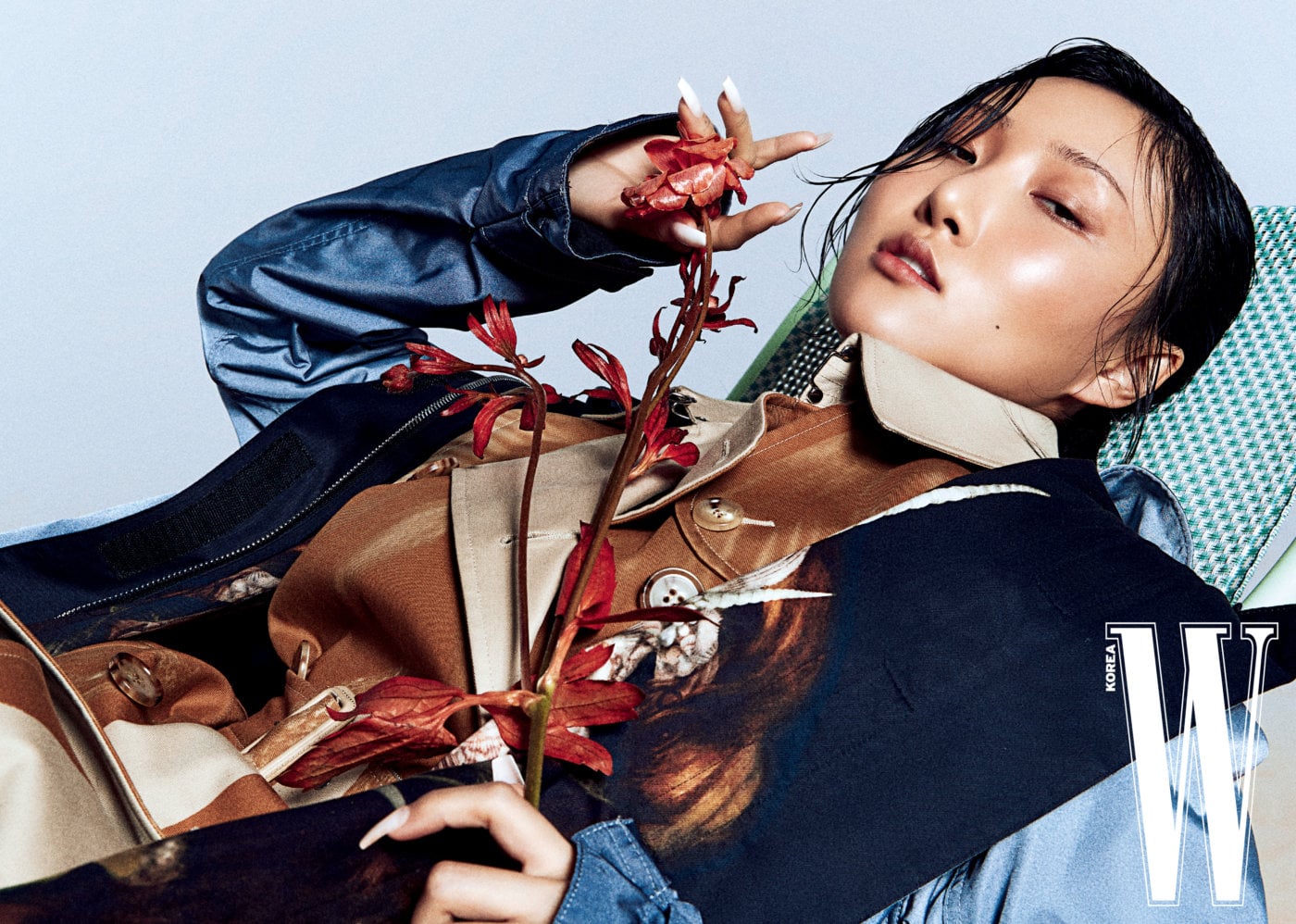 In her final chapter, Hwasa opened up about various personal details. For one, she said, “If you take away all the fancy packaging and marketing, what’s left of me? I’m just like an unemployed neighbor. I usually don’t dress up. I think, ‘If I’m comfortable, that’s what’s cool.’ I get lonely easily but I also have a lot of love.” She added, “Before, I used to think that expressing that I’m struggling was unprofessional, so I would endure it on my own. These days, I share when I’m struggling to the people close to me. That’s healthy, but why couldn’t I do it before?”

Wrapping up the interview, Hwasa shared, “The main topic I’m focused on these days is ‘peace.’ I took some time to rest recently, and I realized that I don’t really know how to rest. I guess I forgot how to.” She also stated, “Just to live each moment with sincerity, I think that’s the lesson that has stayed with me.” She didn’t forget to mention how her parents have played a role in her life. She commented, “Ultimately, my parents raised me to be strong. There wasn’t much else support they could give me, and all they could give me was love, so they worked hard to love me plenty.”

Lastly, Hwasa stated, “Yes, there is a confusing blend of loneliness and love inside of me, but I am a very strong person. If not, I probably wouldn’t have lasted, right?”

MAMAMOO
Hwasa
W Korea
How does this article make you feel?