However, Han Tae Sool and Kang Seo Hae will come across another crisis in the next episode. The new stills depict them being surrounded by the Control Bureau, mysterious men who are after their lives. There is clear panic on Kang Seo Hae’s face, and Han Tae Sool’s eyes are wide due to the imminent danger. It will be thrilling to see if they will make it out of there safely without being caught by the Control Bureau. 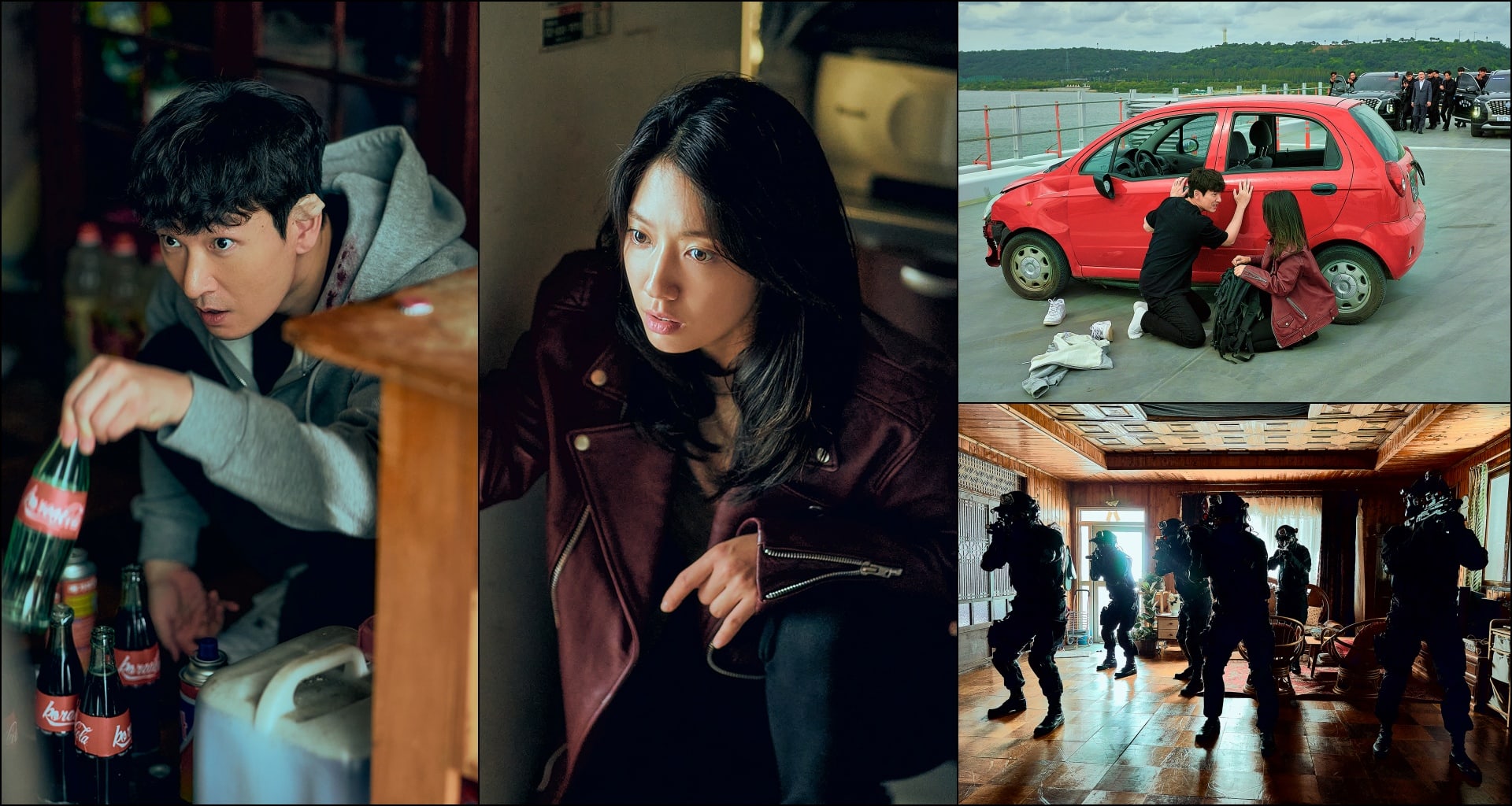 The production crew commented, “Han Tae Sool’s intelligence and Kang Seo Hae’s fighting ability will help them come up with another unique escape method. If you want to get a hint in advance, please take a closer look at every object in the stills, just like Han Tae Sool and Kang Seo Hae who are trying to find something to use around them.”

Check out Cho Seung Woo in the film “Inside Men” below!