Ahead of its March premiere, tvN’s “Mouse” has given a further look at its intriguing story!

The drama is a mystery thriller set in a world where humans can identify psychopaths through a DNA test on a fetus in a mother’s womb. Lee Seung Gi will star in the drama as Jung Ba Reum, an upstanding rookie police officer who is passionate about justice, while Lee Hee Joon will play Go Moo Chi, a hardened detective whose parents were murdered when he was young and is willing to resort to any means necessary to avenge their deaths. Park Ju Hyun takes the role of Oh Bong Yi, a tough high school student who’s skilled in martial arts including jiu-jitsu and boxing.

The show has now shared a glimpse of a scene in which Lee Seung Gi and Park Ju Hyun’s characters are facing off with a sparing match in the ring. Jung Ba Reum has come to visit the center where Oh Bong Yi is training. With headgear and gloves on, she’s completely absorbed in her practice. When she notices Jung Ba Reum watching her, she confidently calls him up into the ring. 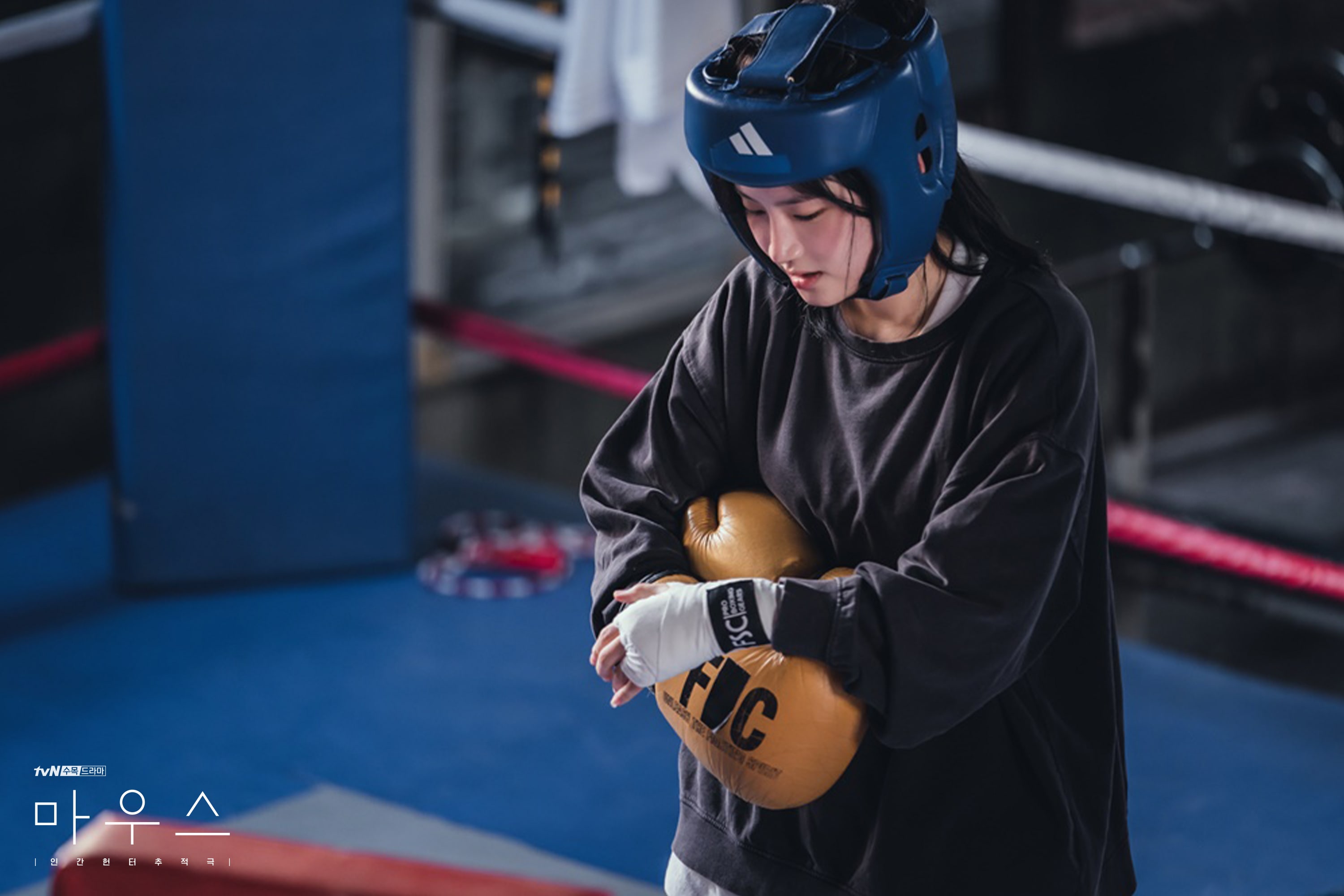 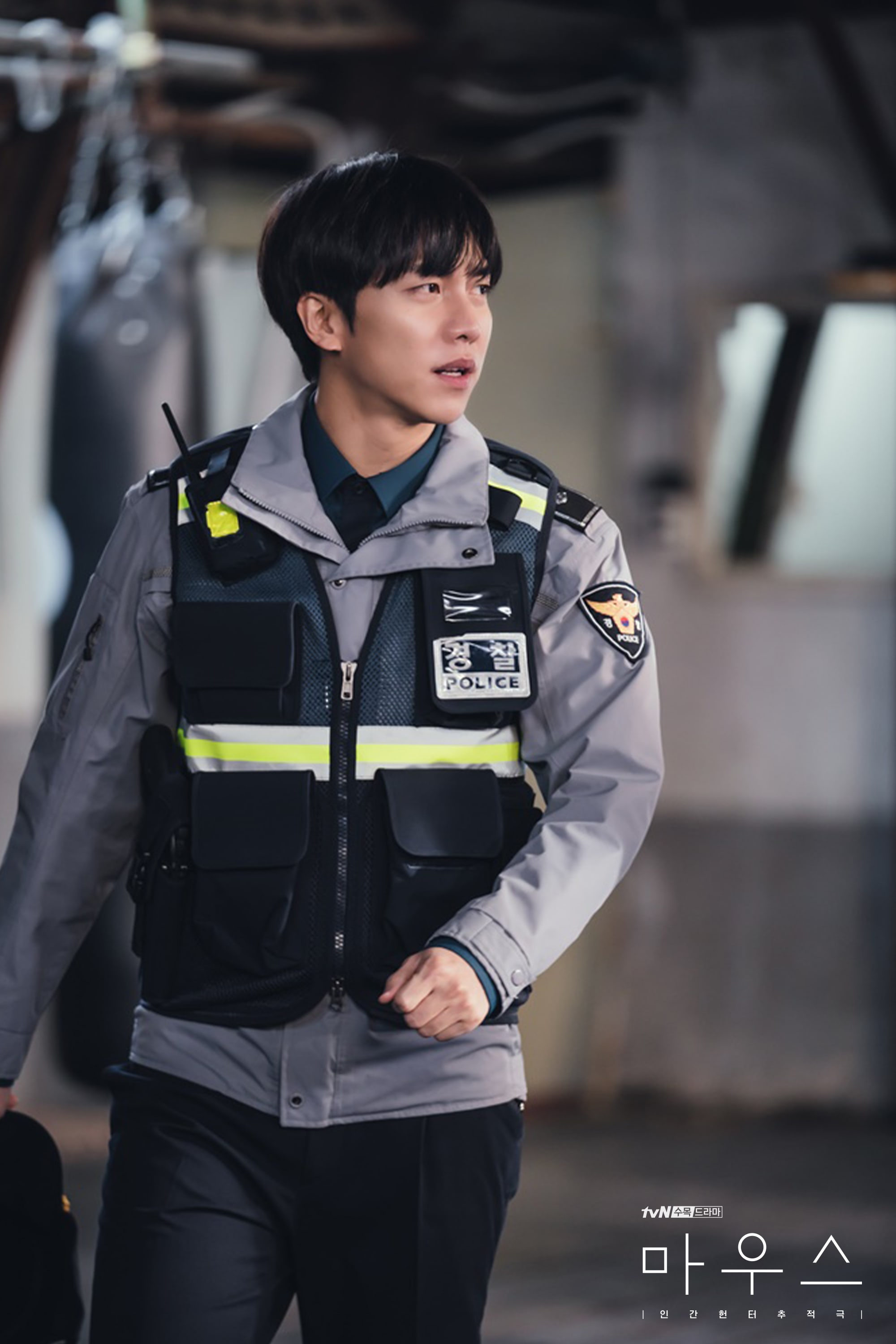 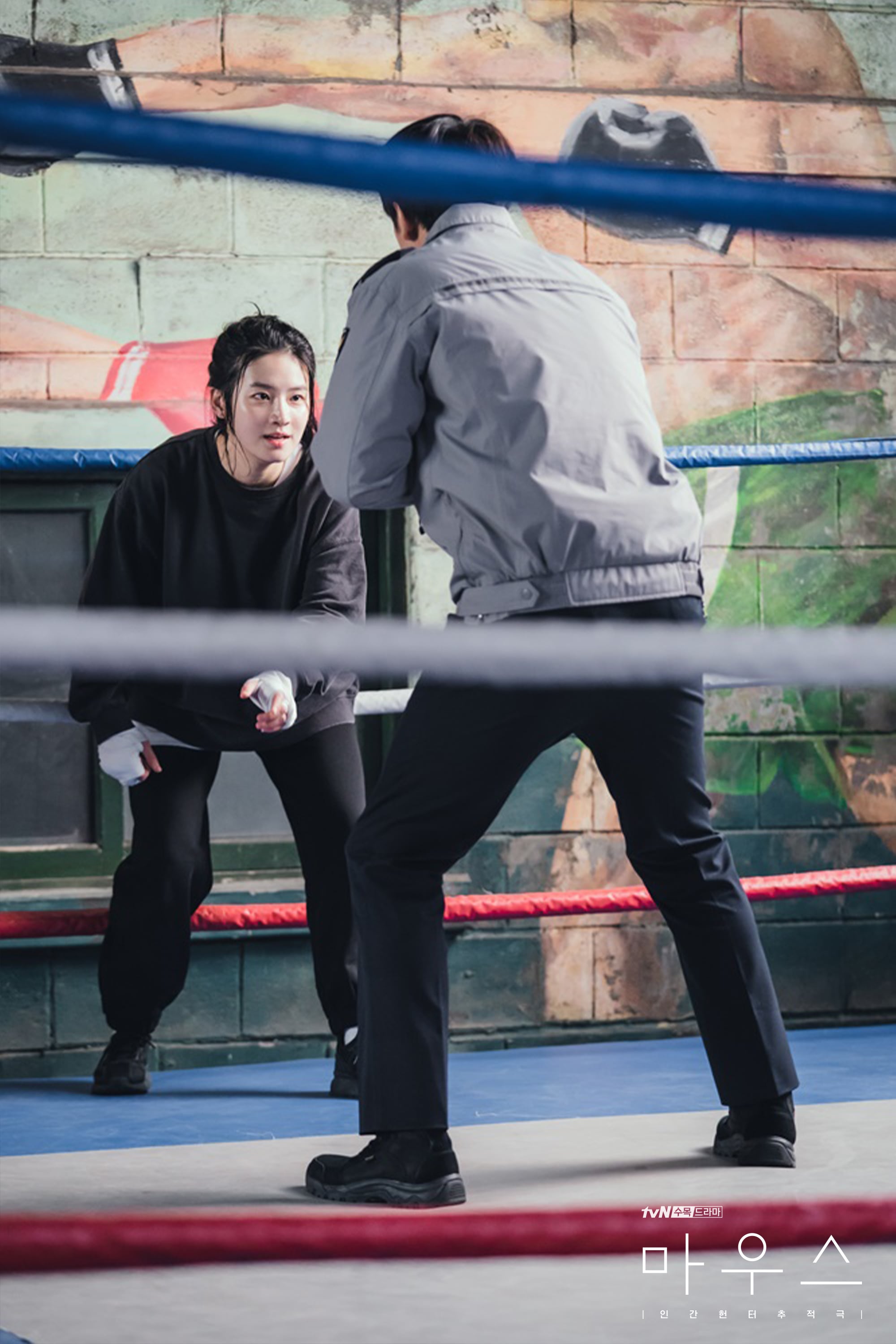 Jung Ba Reum hesitates as he joins her, and Oh Bong Yi gets into a fighting pose. She then puts all of her skills to use as she flings Jung Ba Reum to the ground, and she achieves victory with a finishing blow using an arm bar technique. She smirks at the suffering Jung Ba Reum and exits the ring leisurely, but Jung Ba Reum says something to her that leaves her taken aback. Drama fans are wondering what was said that completely changed the atmosphere between the two characters. 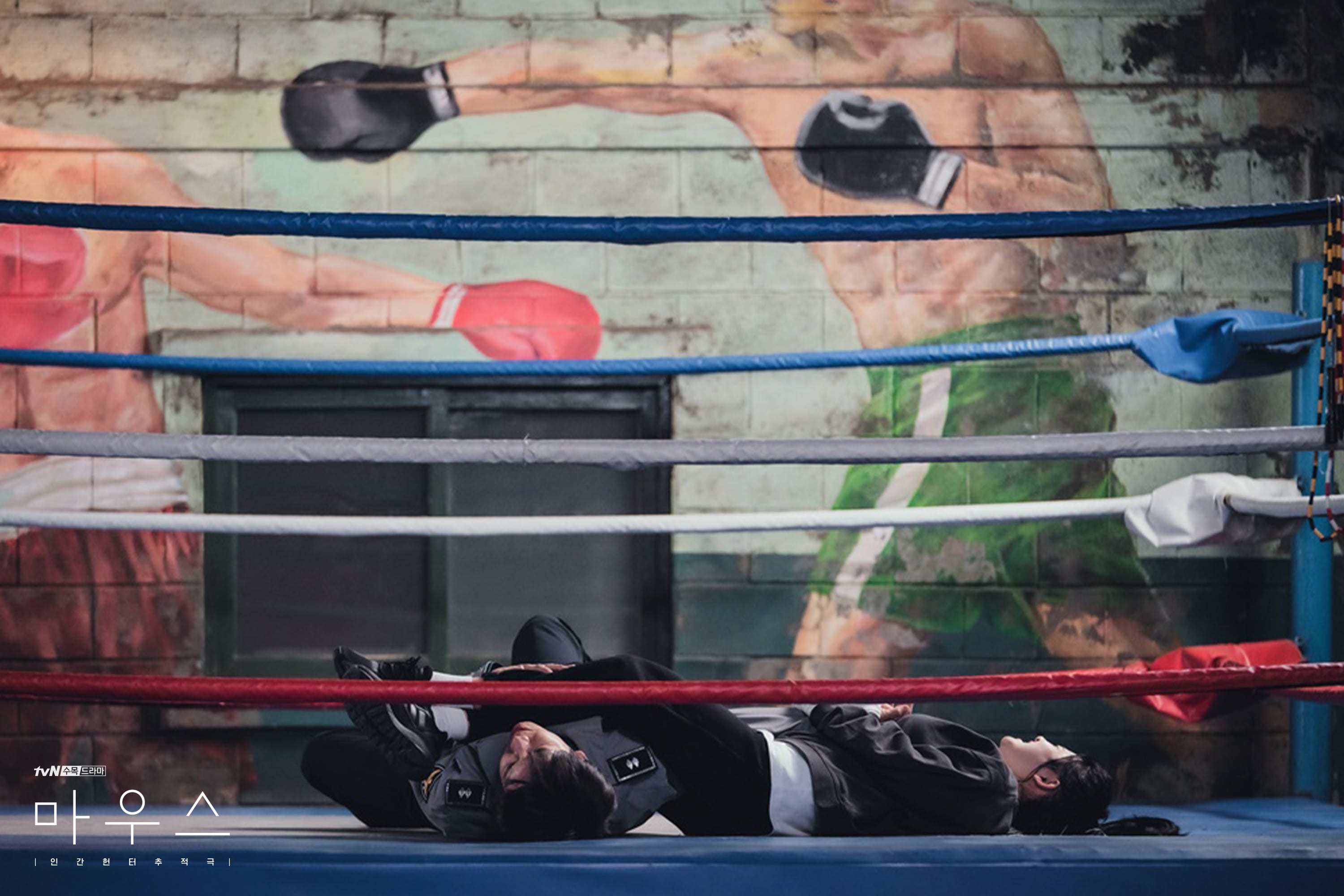 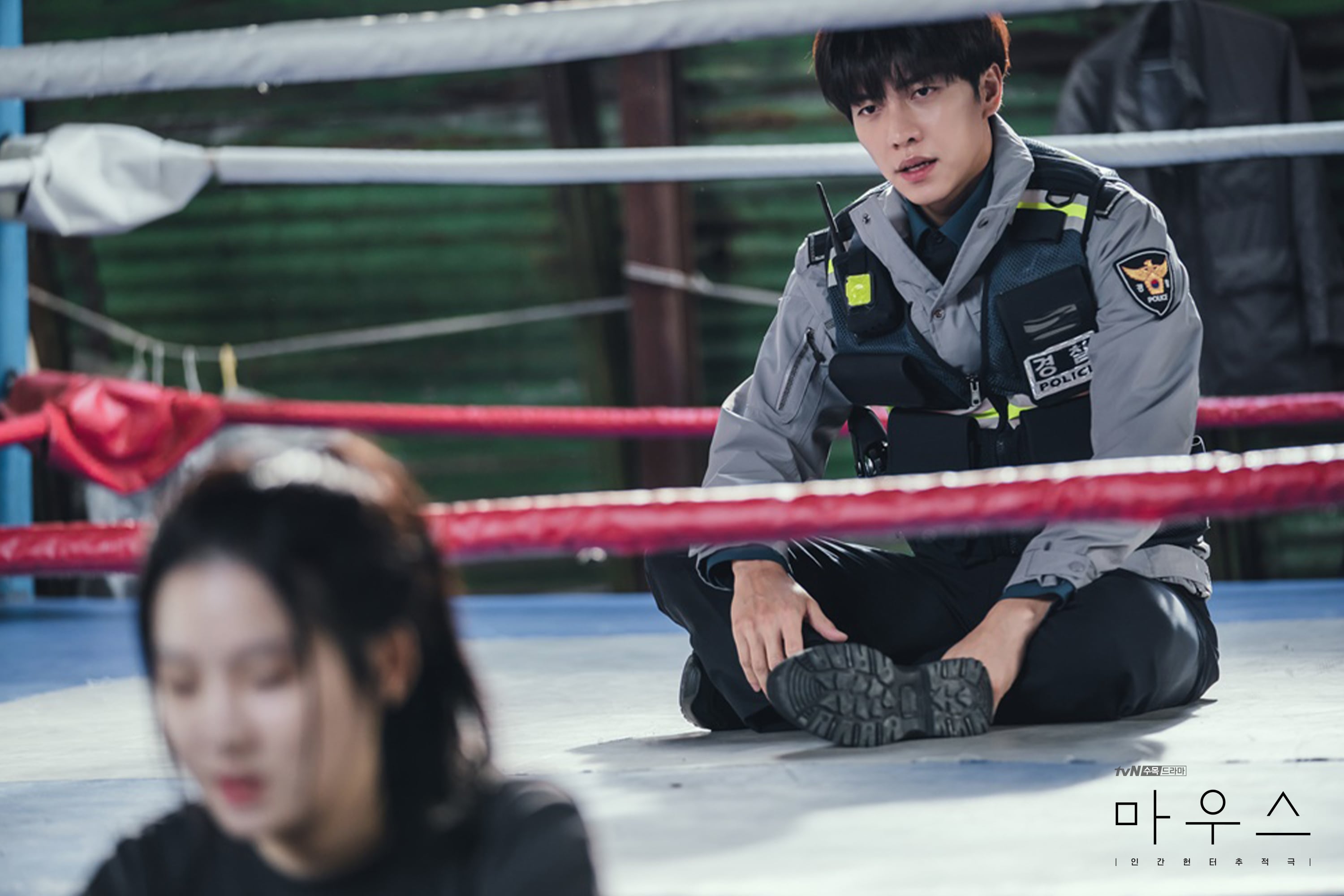 It’s described that Lee Seung Gi and Park Ju Hyun showed their extraordinary teamwork for the scene. The pair focused on each other despite a crowded situation as they got into the emotions of their characters while practicing their lines, and they rehearsed as though it was the real thing. When Park Ju Hyun prepared for the action scene, she warmed up extensively so that she could portray the movements in a natural way, and she also showed her passion as she personally suggested several different poses. At one point, Park Ju Hyun put a leg up on the top rope of the ring and executed a difficult pose before making everyone on set laugh by saying desperately to Lee Seung Gi, “Please hurry up and say your line.”

The production team shared, “One of the many fun elements of the drama is the bickering chemistry between Jung Ba Reum, who seems too lenient to be a police officer, and Oh Bong Yi, who has a kind appearance but an attitude that doesn’t match.” They added, “Please look forward to the scene of Lee Seung Gi and Park Ju Hyun’s fight, when they warmed up the set with their realistic action performances.”