On February 25, the members of BLACKPINK attended a formal appointment ceremony at the British Ambassador’s residence in Seoul, where they received a personal letter written by Prime Minister Boris Johnson.

In his letter, Boris Johnson congratulated BLACKPINK on the success of their recent video raising awareness about climate change, writing, “Your recent video ‘Climate Action in Your Area #COP26’ was a huge success, being viewed over 10 million times across social media platforms. Climate change is the most important issue of our time… it is fantastic that you have chosen this moment to lend your voices to this critical issue.”

Simon Smith, the British Ambassador to South Korea, commented, “The British Embassy Seoul is thrilled to be working with BLACKPINK and YG Entertainment ahead of COP26. We need to act now to protect our planet for future generations. We hope all the BLINKs around the world will join us on this journey.”

Meanwhile, the members of BLACKPINK remarked, “The first step is to educate ourselves about climate change. We need to know what’s happening, because it affects all of us. We want to learn more, and we hope our fans do too.”

The upcoming UN Climate Change Conference, which is scheduled to take place in the United Kingdom in November 2021, will bring together world leaders with the goal of accelerating the urgent action needed to combat climate change. 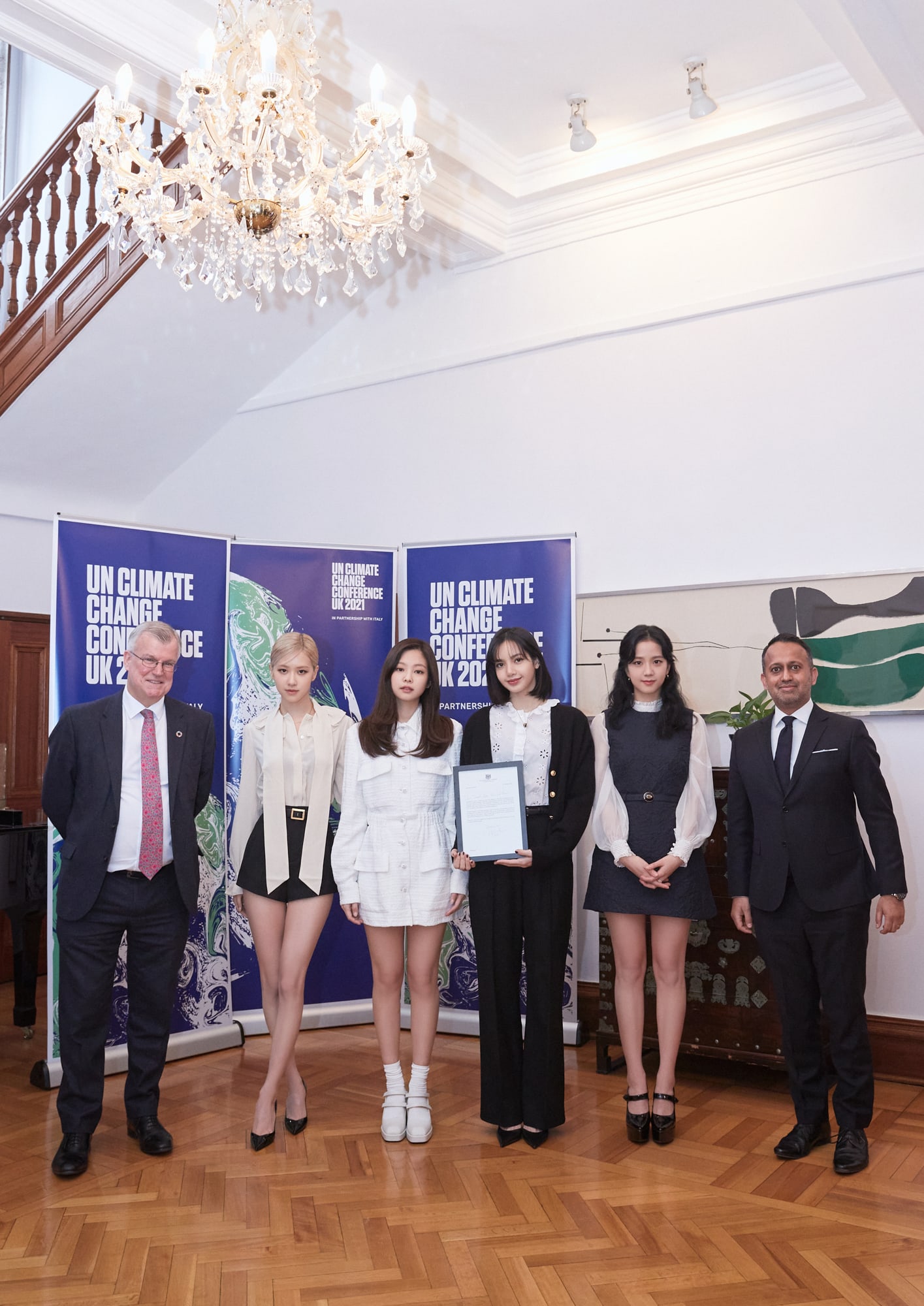 If you haven’t already seen it, you can check out BLACKPINK’s video on climate change here!