On February 26, a source from “Joseon Exorcist” stated, “On February 25, in the middle of filming the drama, actress Lee Yoo Bi hit her knee on part of the set. After a medical examination, she was diagnosed with a ligament injury. We are in discussions with her agency to manage her schedule so that she can focus on recovering and put her health first.”

The actress shared on Instagram Stories, “It’s not my ankle but an injury to the knee cartilage. I have to rest for two weeks, but I will recover quickly and get back to filming. Thank you for worrying about me and cheering me on!” 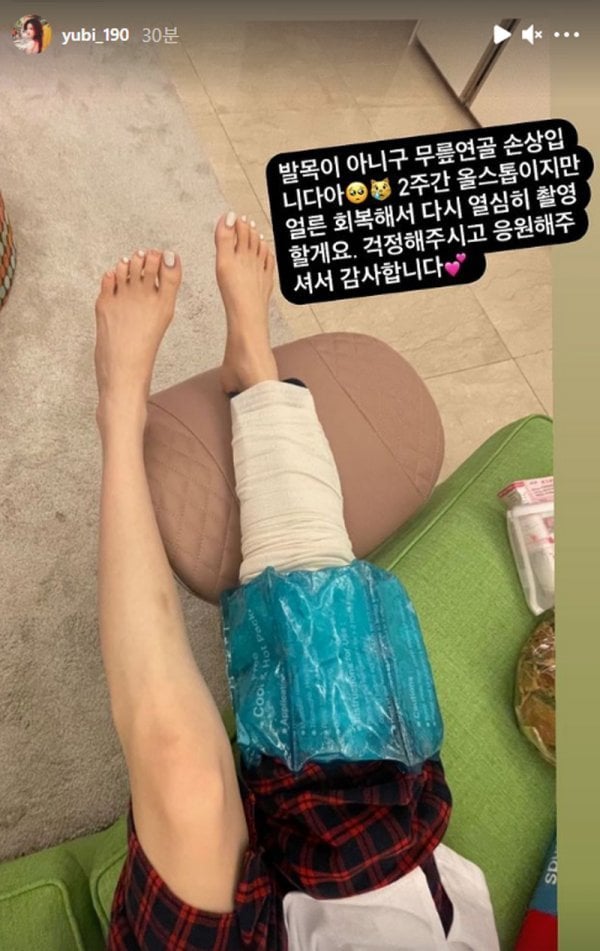 Back in December 2020, Jang Dong Yoon experienced a fall on horseback while filming “Joseon Exorcist,” though he sustained no serious injuries.

“Joseon Exorcist” is a fantasy historical drama about evil spirits that take over the kingdom of Joseon soon after its establishment. It stars Kam Woo Sung, Park Sung Hoon, Jang Dong Yoon, Kim Dong Jun, Geum Sae Rok, and more. The drama premieres on March 22 and will be available on Viki.

A trailer is available below:

Lee Yoo Bi
Joseon Exorcist
How does this article make you feel?