“Revolutionary Sisters” will be a mystery thriller and a melodramatic comedy about an entire family becoming murder suspects after the family’s mother is killed during the process of a divorce.

Go Won Hee will play Lee Kwang Tae, the youngest daughter the family who has a simple, refreshing, and easy-going personality and a total of 11 dan (rank) in martial arts. She’s lived life taking on part-time jobs without having been hired for a full-time job even once, and she takes on all the current trends in life, such as staying single and following a “YOLO” lifestyle.

The newly released stills show Lee Kwang Tae’s cheerful and refreshing personality. Her bright smile warms the room, and she poses cutely with her hands by her face as she begs someone for a favor. She makes unique expressions with her unreserved pout, and the way she sits back on the couch hints at her honest, mellow, and fresh energy. 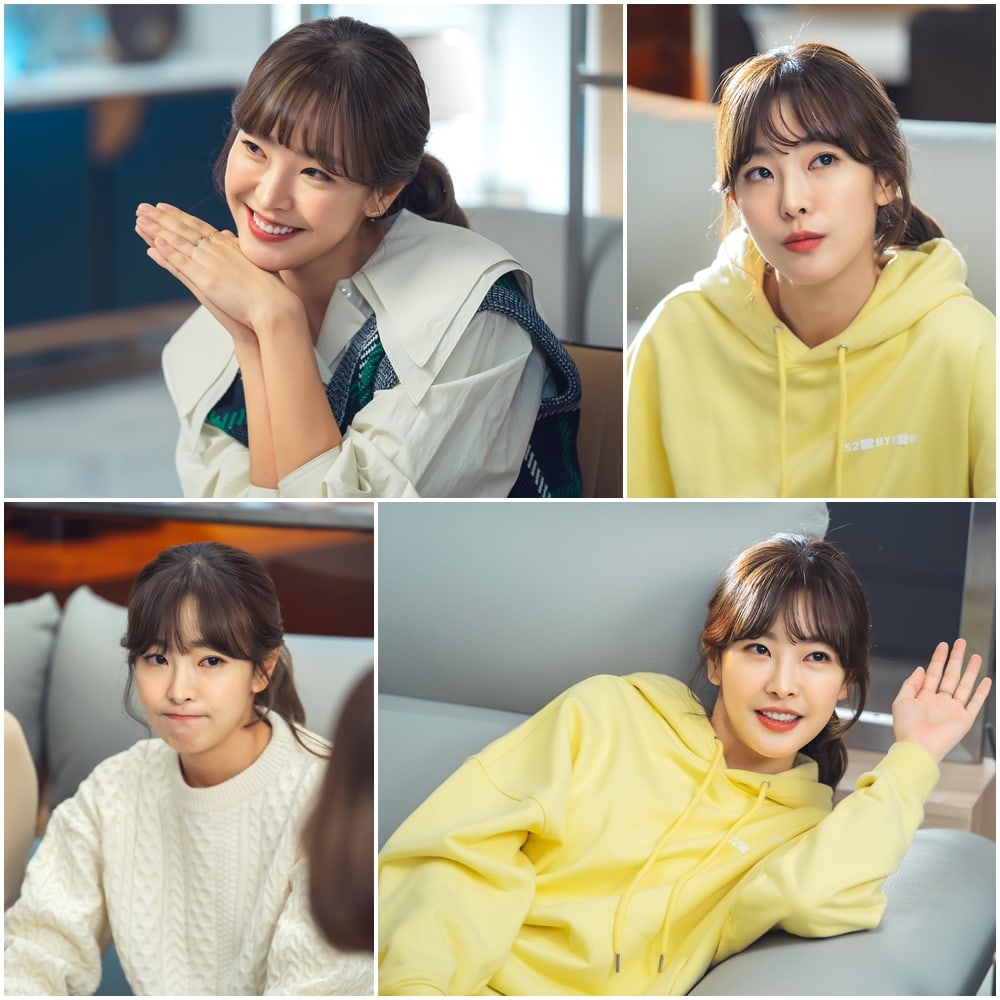 Go Won Hee talked about her new character, saying, “Lee Kwang Tae is simple and honest. She’s done sports ever since she was young, and she has a total of 11 dan (rank) in martial arts. I’ve always wanted to take the role of a lively character like her. Now I don’t know if I’m acting as Lee Kwang Tae or if Lee Kwang Tae is acting as me. It’s like we were made for each other. Thanks to her, I’m happy every time I act.”

The actress added, “I grew up watching [writer] Moon Young Nam’s works since I was young, and it is an honor to be able to be part of her work. I am so grateful and excited to be able to work with such great actors.”

The drama’s production crew commented, “Go Won Hee is heating up the set with her perfect synchronized acting as Lee Kwang Tae. Please keep an eye on Go Won Hee’s extraordinary performance as the third daughter Lee Kwang Tae, who is clumsy, cute, and cheerful.”

“Revolutionary Sisters” will premiere on March 13 following the conclusion of “Homemade Love Story.”

go won hee
Revolutionary Sisters
How does this article make you feel?