WJSN’s Bona and Dong Ha will do anything to stop being the Romeo-and-Juliet couple in “Homemade Love Story”!

On February 27, the drama released new stills of Lee Hae Deun and Jang Joon Ah in front of the borough office. They carefully fill out paperwork together, making viewers wonder if they’re actually registering for marriage. Lee Hae Deun and Jang Joon Ah then take a photo to commemorate the special moment, and it will be interesting to find out what step they took in order to remain a couple. 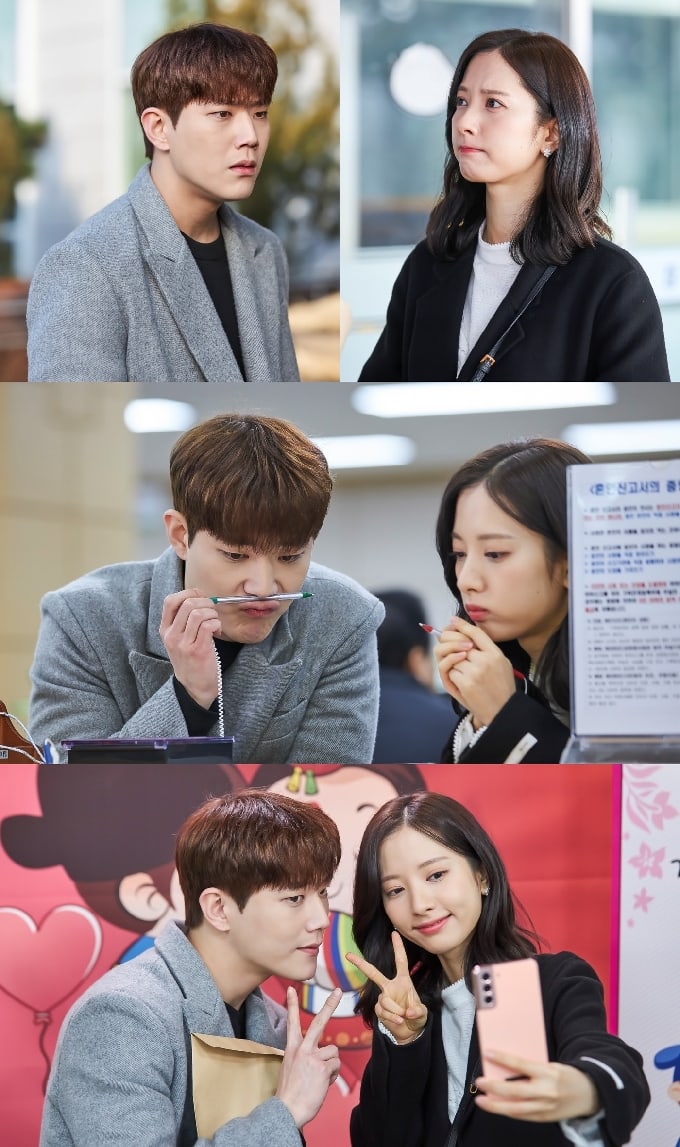 The producers of “Homemade Love Story” teased, “Lee Hae Deun and Jang Joon Ah will do something unbelievable in today’s episode. Please keep an eye on the direction of this cute and unpredictable romance to see whether the steps they take that are as bold as their love will lead to their mothers acknowledging their love and allowing them to stay together.”