On the February 27 episode of tvN’s “Amazing Saturday,” SHINee’s Minho and Onew appeared as guests.

Onew showed that he was nervous appearing on the show when he said, “There are so many cameras.” Key said, “It’s been a long time since he was in the studio so he was really nervous before he came here.”

At one point in the episode, the cast used a “chance card” left by a previous guest on the show to get a hint. Onew was told to send a video message of gratitude to the guest, which threw him into a panic, as he did not know and had never met the guest in question (“Mouse” actress Park Ju Hyun). However, he said, “I enjoyed watching ‘Extracurricular.’ Thank you for leaving us this chance. We will use it well.”

Minho got to thank Lee Seung Gi, who was also a guest on the previous episode, and said, “Thank you for leaving us this chance! We look forward to watching ‘Mouse,’ and please show love for SHINee’s album as well.”

Minho also shared that he had to thank the “Amazing Saturday” cast and crew for something. “Whenever Moon Se Yoon gets something right, the show plays ‘Sherlock,'” he said. “It’s always my part, so it’s like my song is on TV every week.” 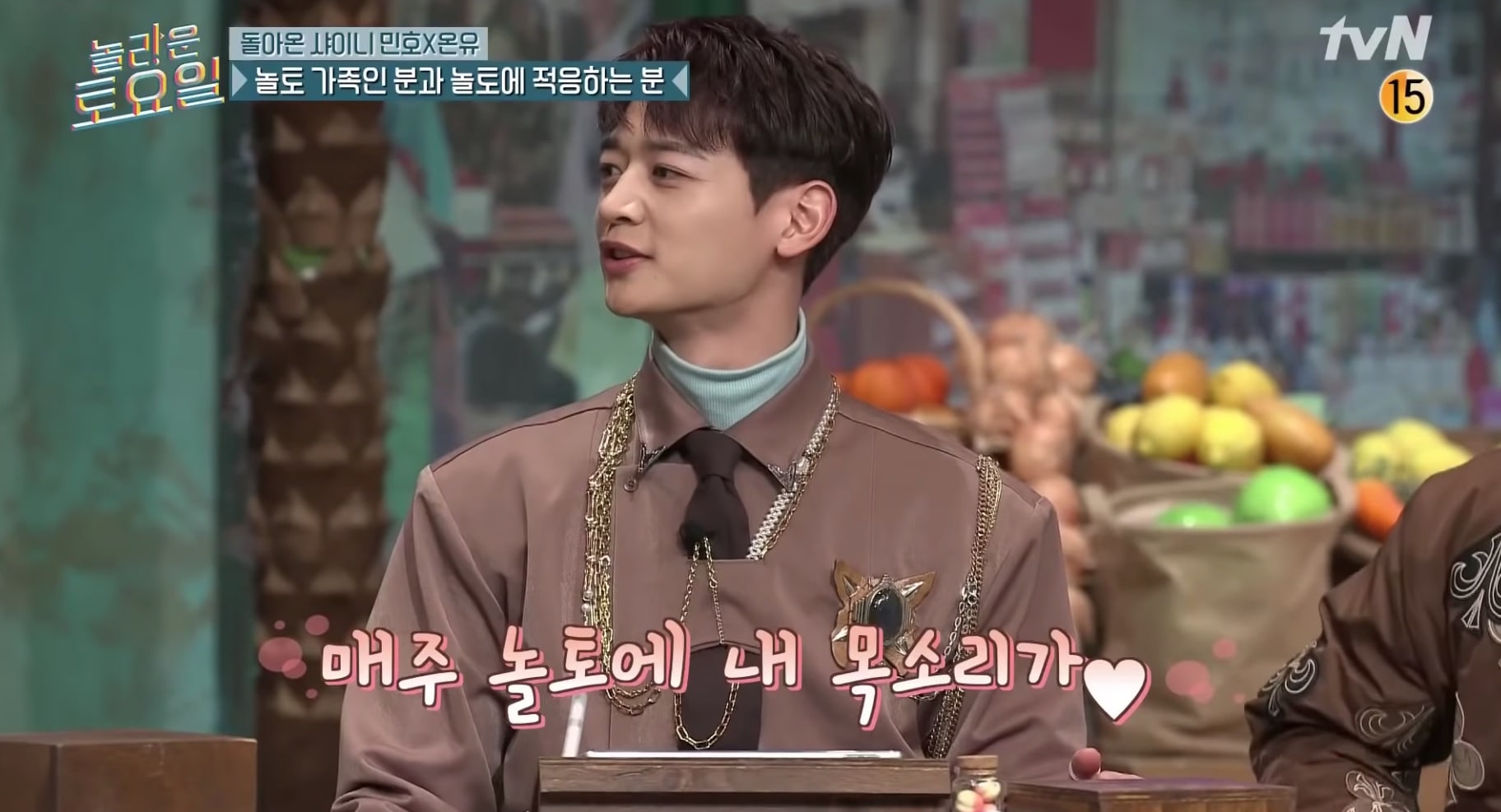 However, Minho also brought a complaint against Taeyeon, his SM Entertainment labelmate. “When we were completing our mandatory military service, she would visit Key but she didn’t come visit me,” he said. 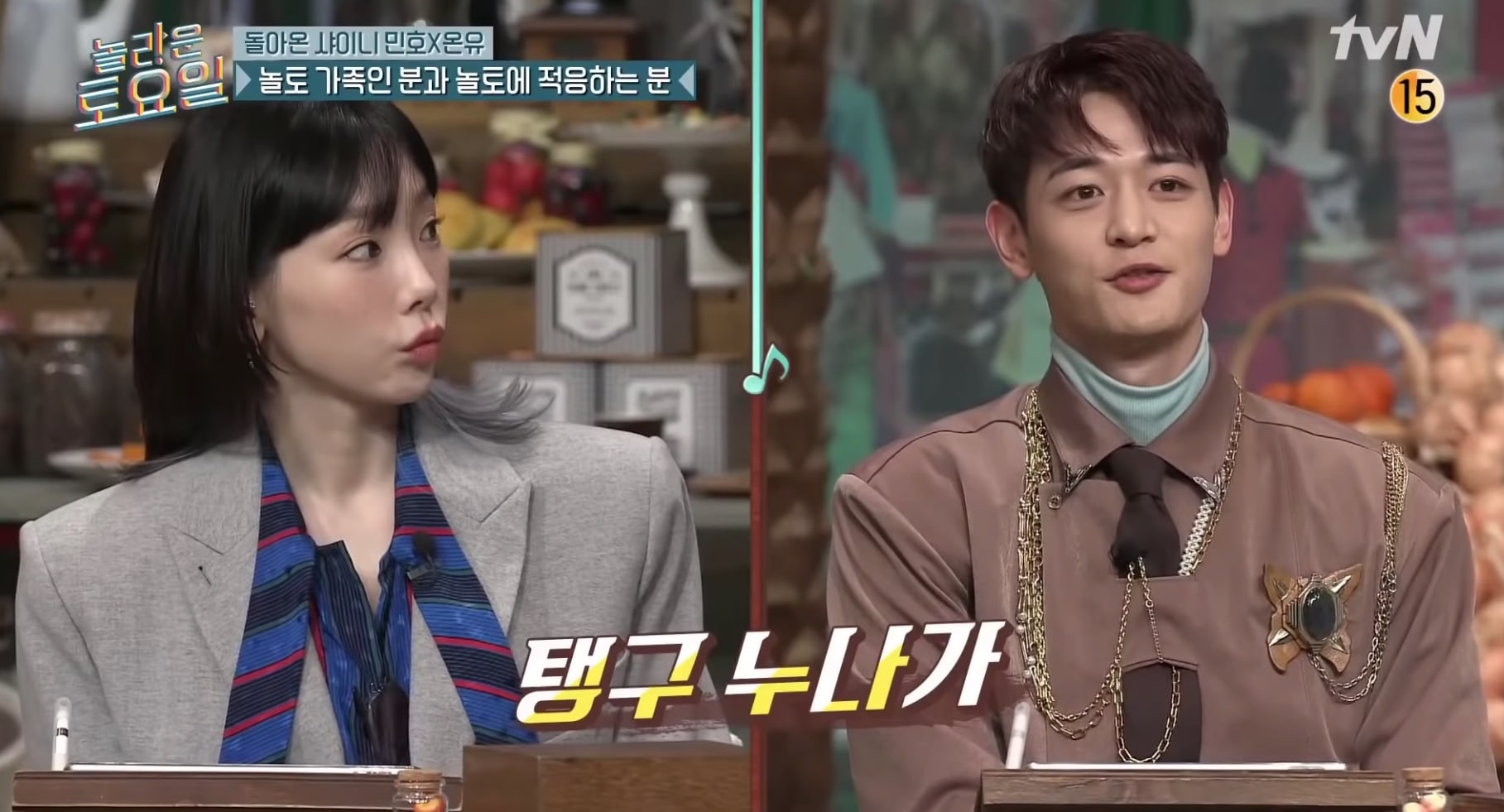 Key retorted, “That’s not something you should blame others for, but reflect on yourself.” Hanhae commented, “So Key acts like that toward his group members as well.” 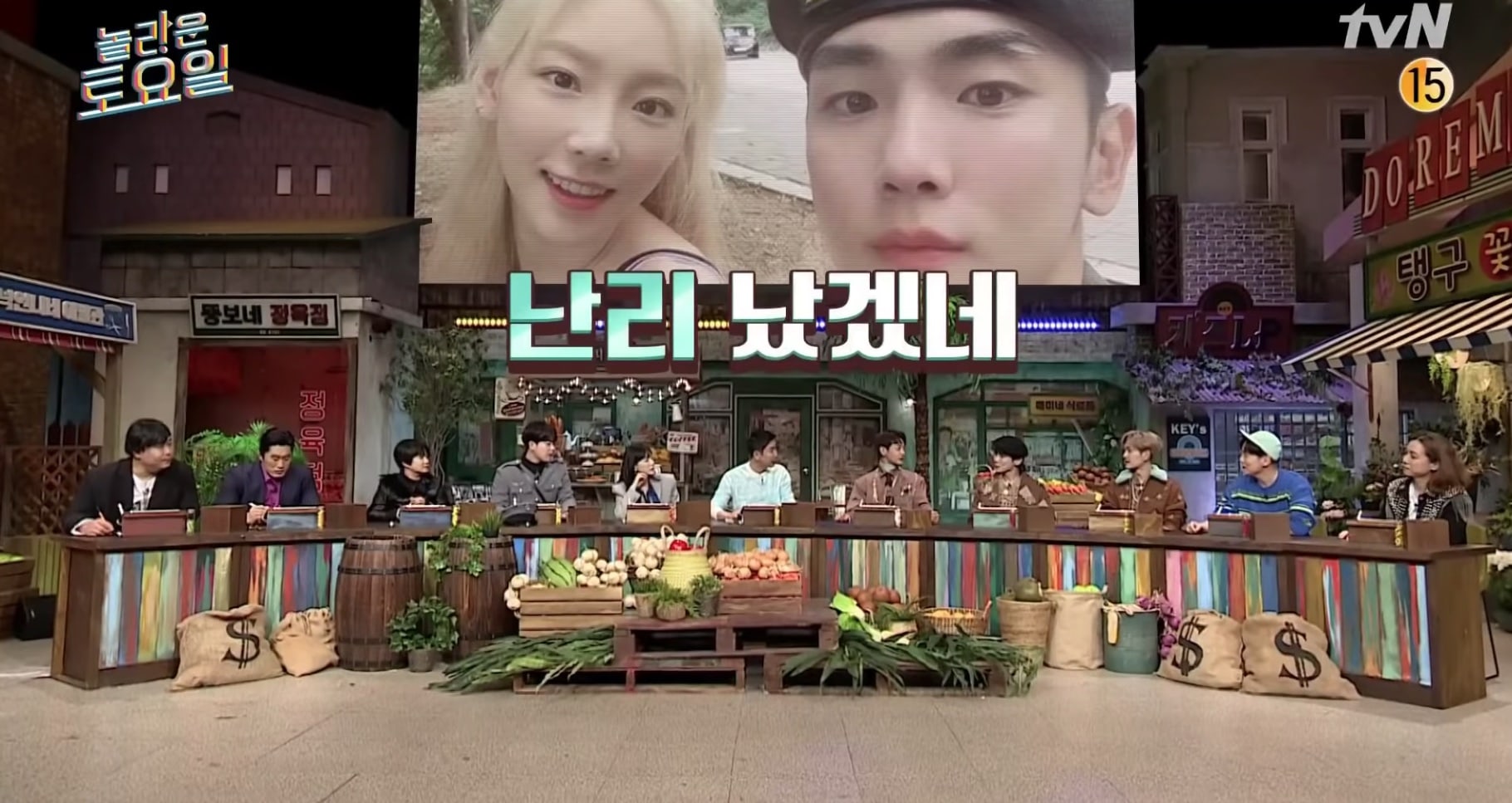 Taeyeon defended herself and said, “Key told me again and again to come, so I went. Minho told me not to come, so I didn’t go.” Minho explained, “I told her not to come because I was so far away.” He then joked, “Maybe Taeyeon visiting Key was all so that she could join ‘Amazing Saturday’ later on.” 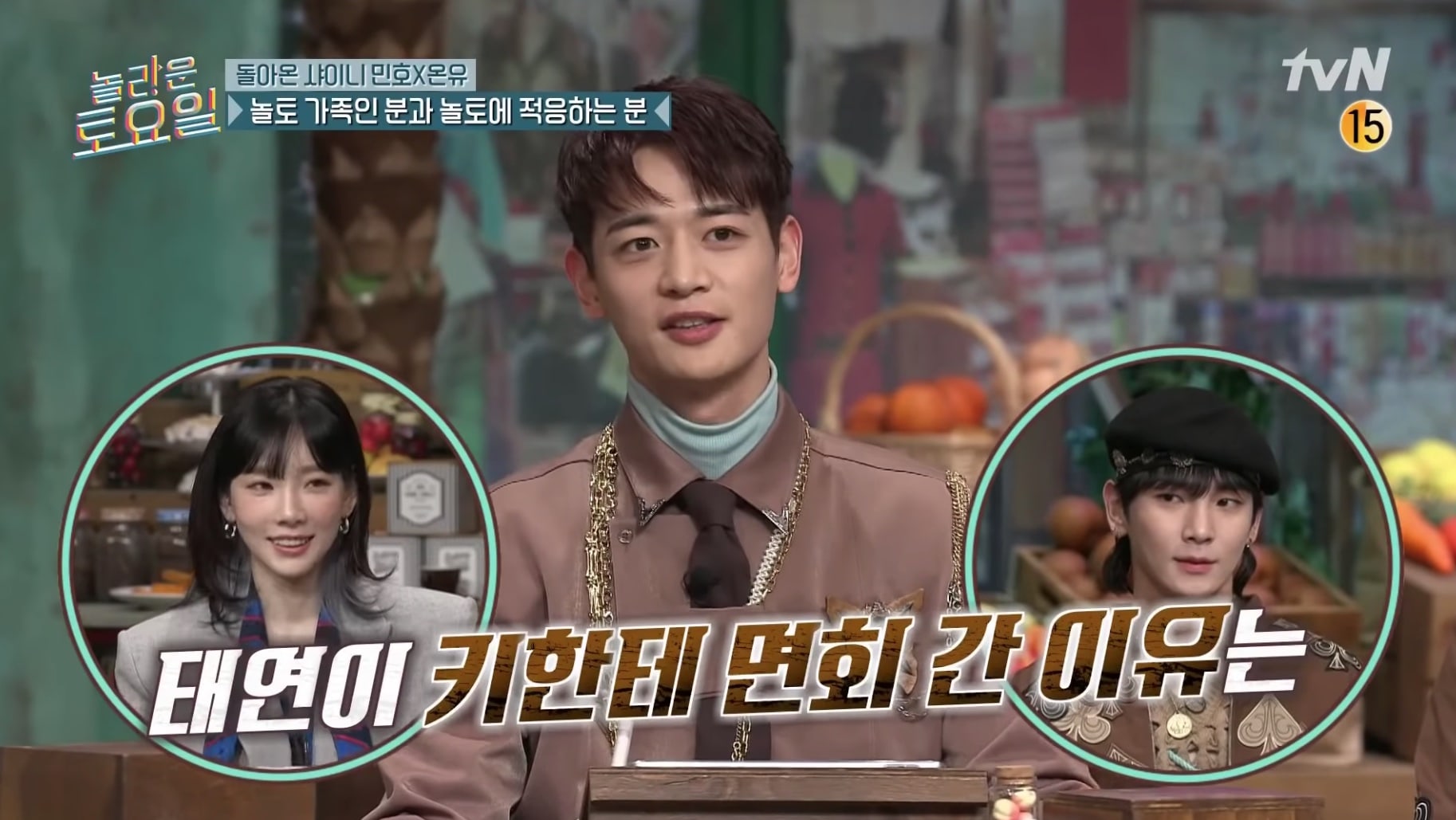 Check out Minho in “Hwarang” below!