tvN’s upcoming drama “Mouse” has shared a fun glimpse of its starring cast behind the scenes!

“Mouse” is a new mystery thriller set in a world where humans can identify psychopaths through a DNA test on a fetus in a mother’s womb. Lee Seung Gi will star in the drama as Jung Ba Reum, an upstanding rookie police officer who is passionate about justice, while Lee Hee Joon will play Go Moo Chi, a hardened detective whose parents were murdered when he was young and is willing to resort to any means necessary to avenge their deaths.

In newly released behind-the-scenes photos from filming, the stars of “Mouse” light up the set with their bright smiles and playful off-camera chemistry—but once they get down to business, the look in their eyes turns fierce as they showcase their dedication to their roles.

As soon as the director yells “Cut,” Lee Seung Gi rushes to the monitor to carefully check his performance in the last take, and he meticulously goes over the details of each scene with his co-stars. Meanwhile, in contrast to his rough, intimidating character, Lee Hee Joon is always ready to lend a helping hand to the crew and his fellow actors behind the scenes, thoughtfully giving advice to his co-stars and joking around with them between takes. 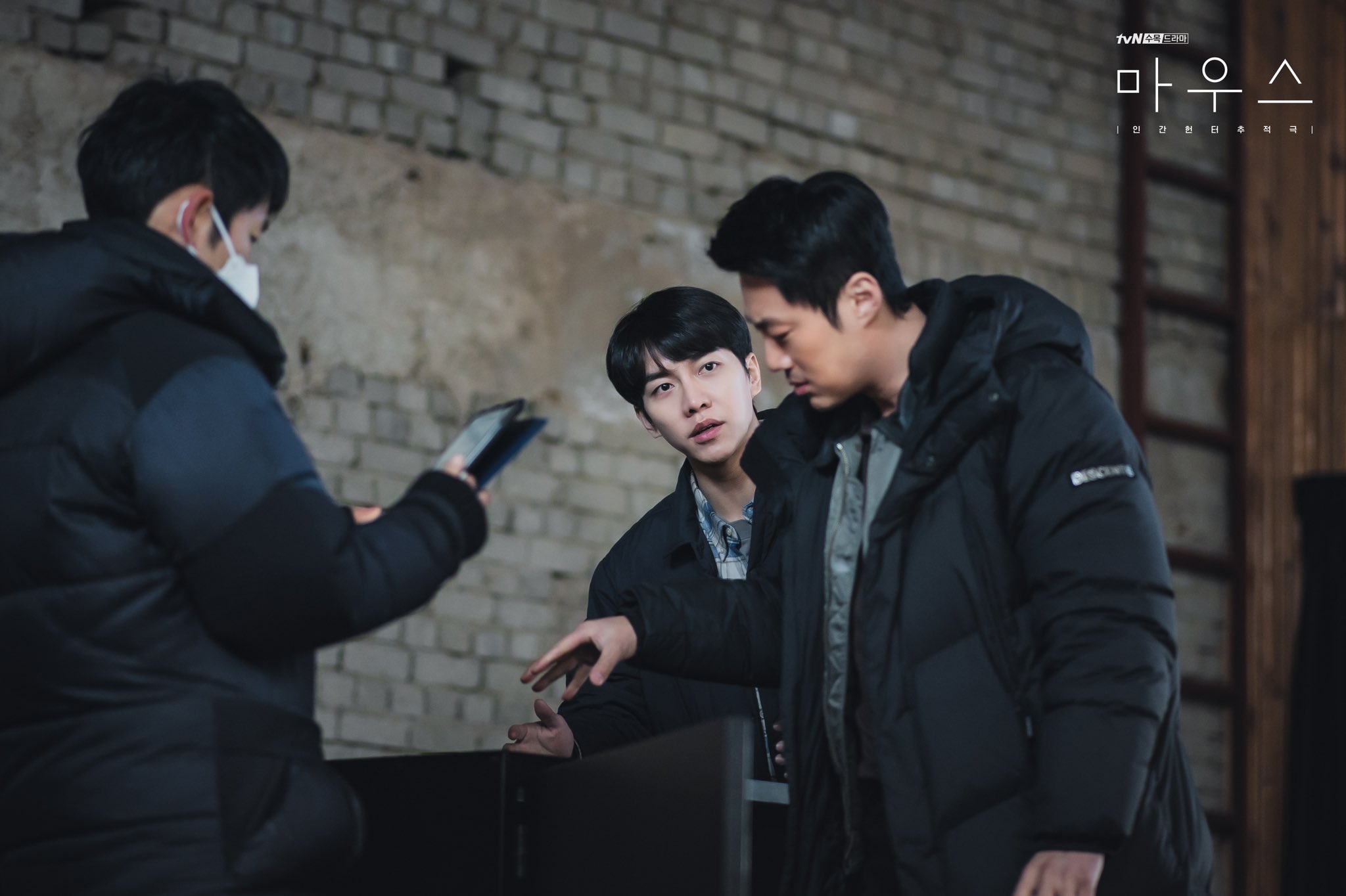 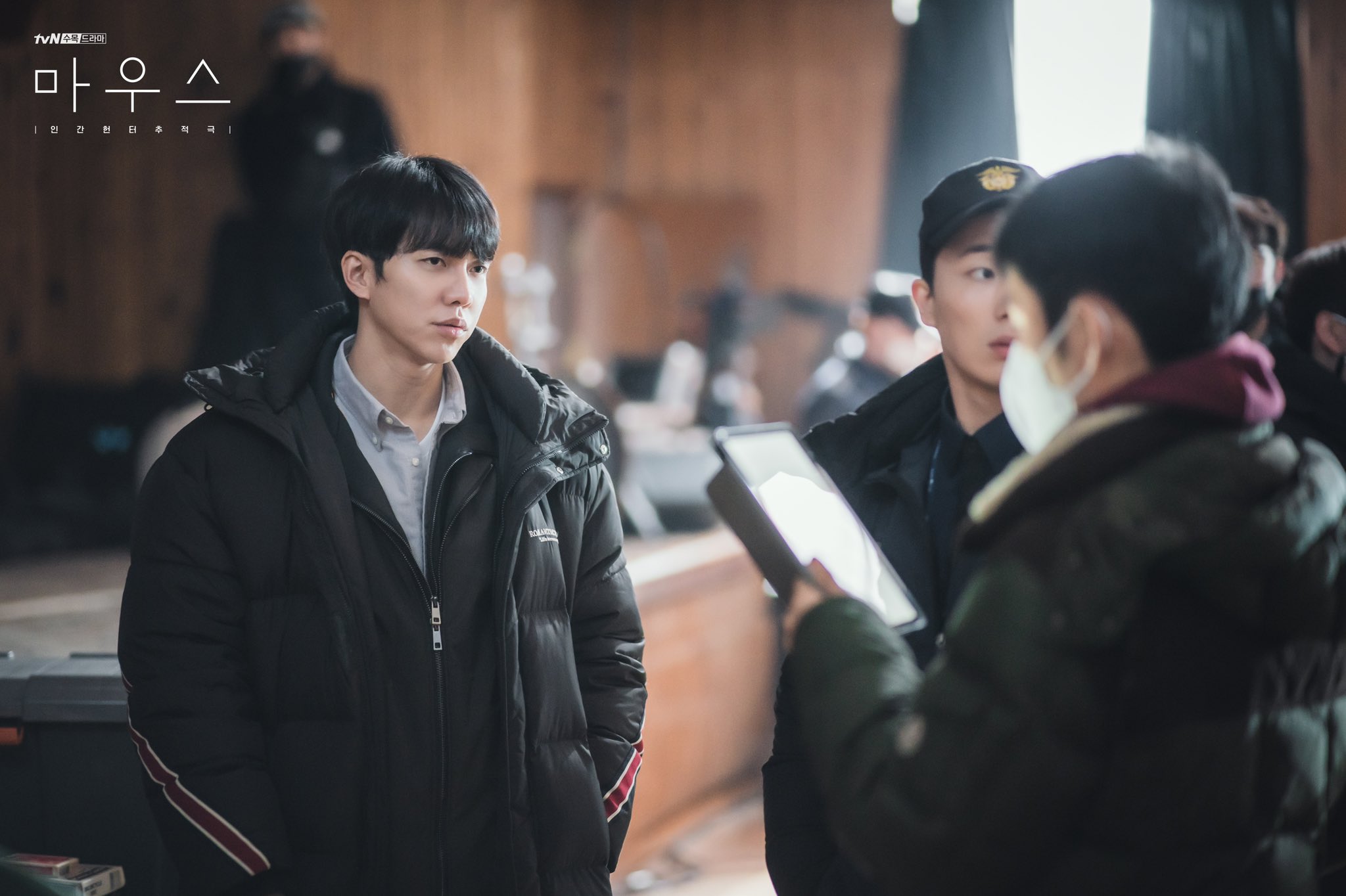 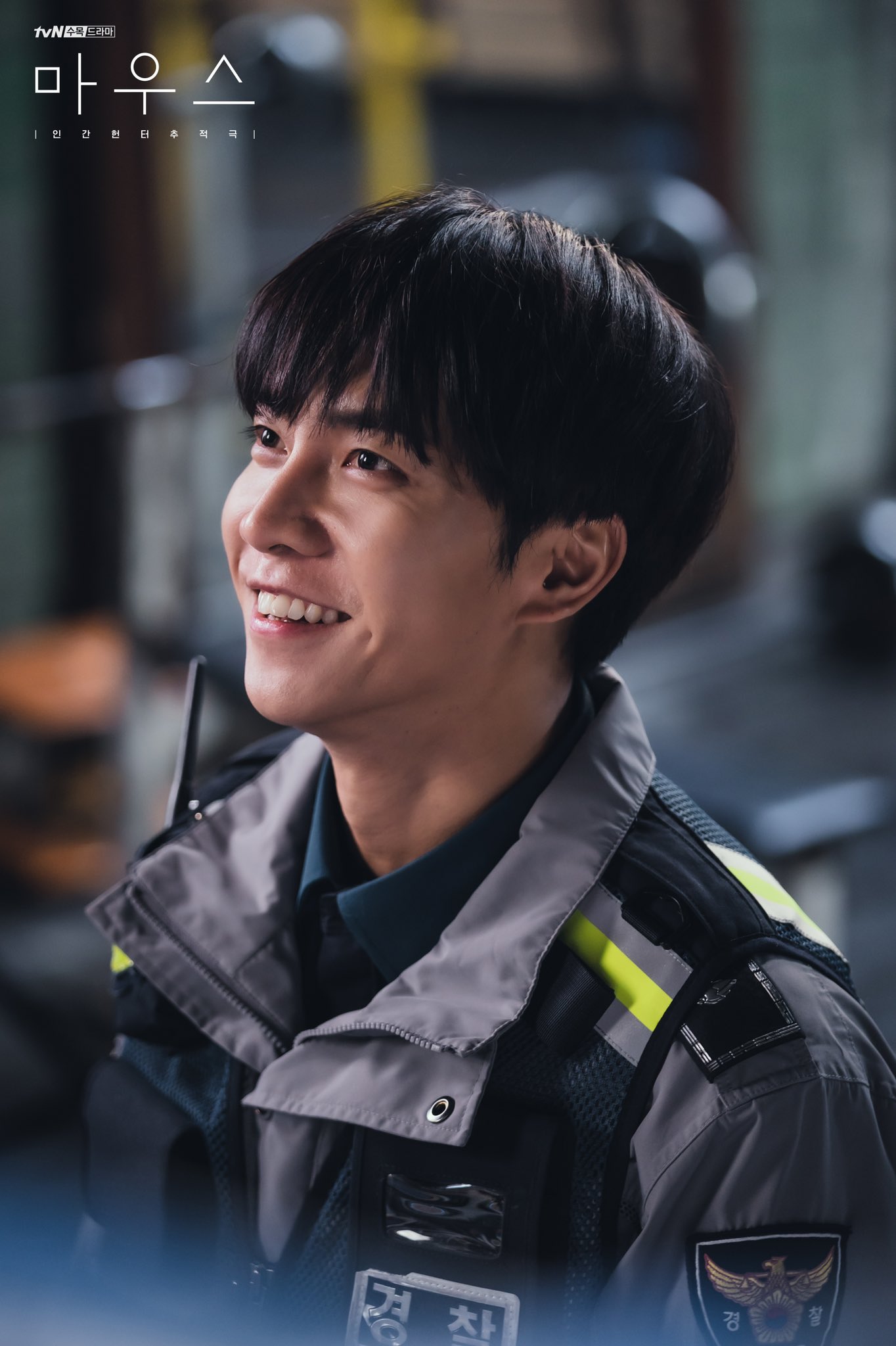 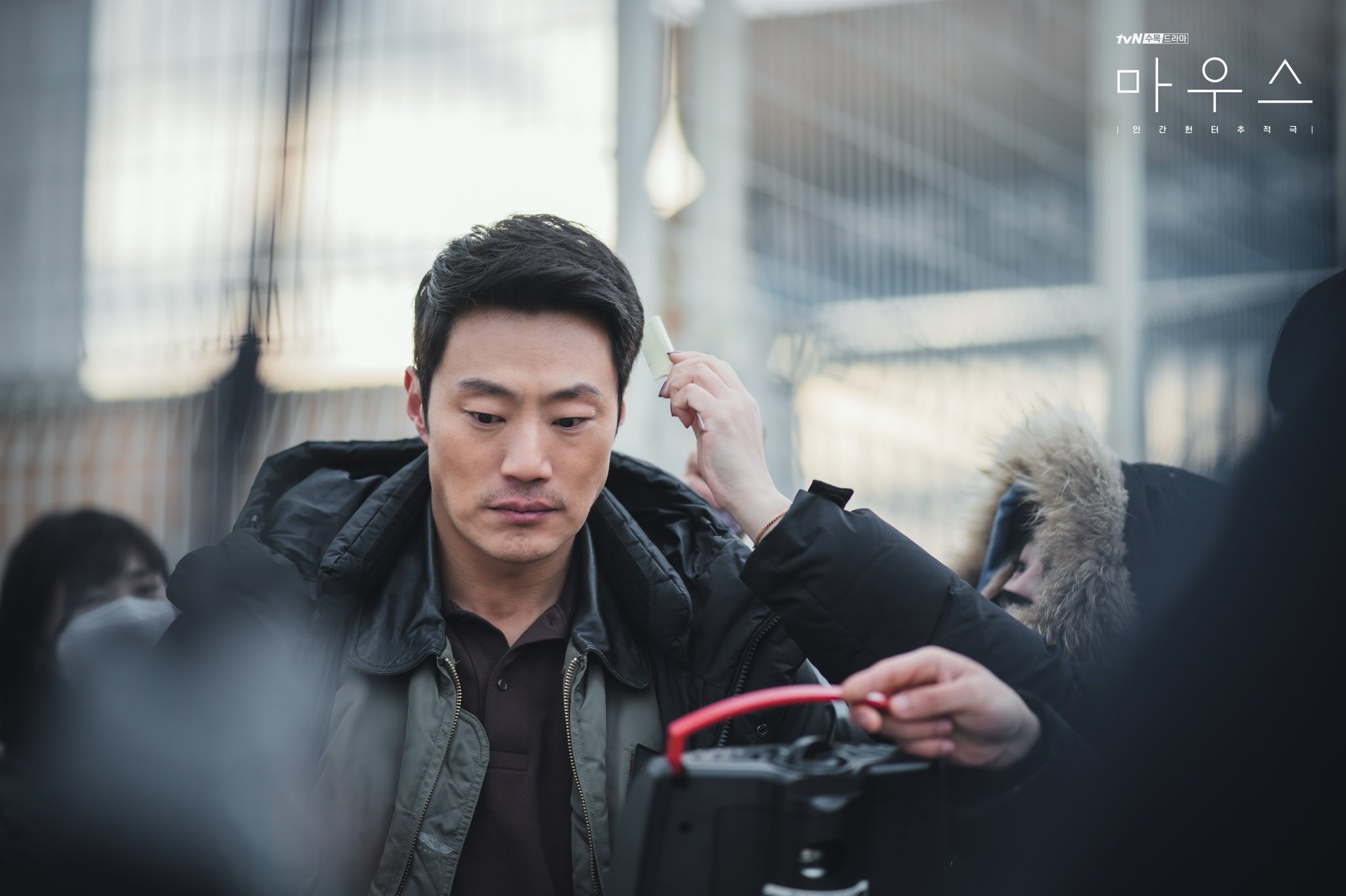 In order to play the role of Oh Bong Yi, a troublemaking high school student who boasts impressive martial arts skills and is good at every sport, Park Ju Hyun took action classes and even purchased exercise equipment so that she could work out at home.

The new photos capture the actress’s fiery gaze as she transforms into the tough Oh Bong Yi, and she passionately gives her all in every action scene without being afraid to break a sweat. 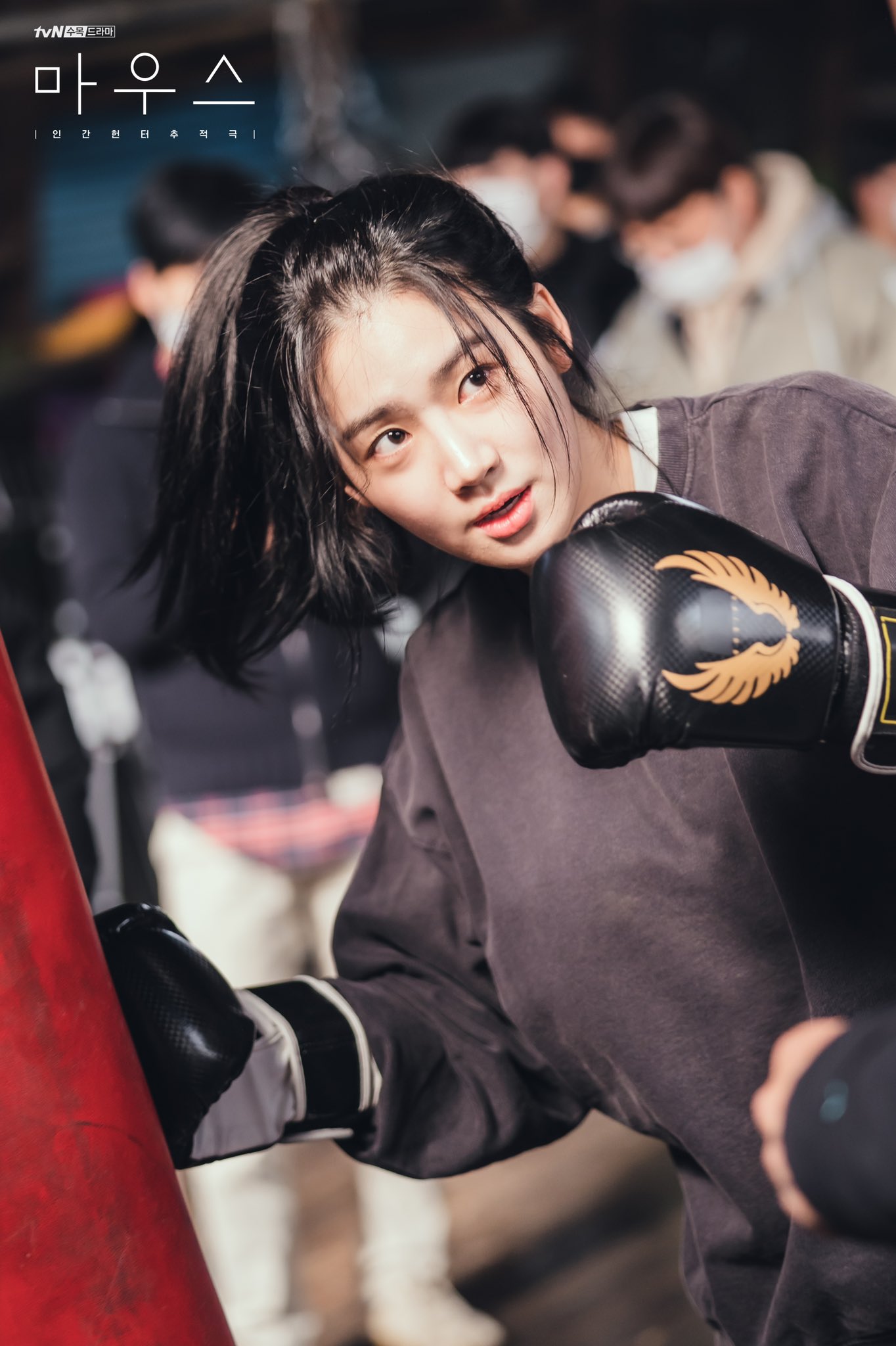 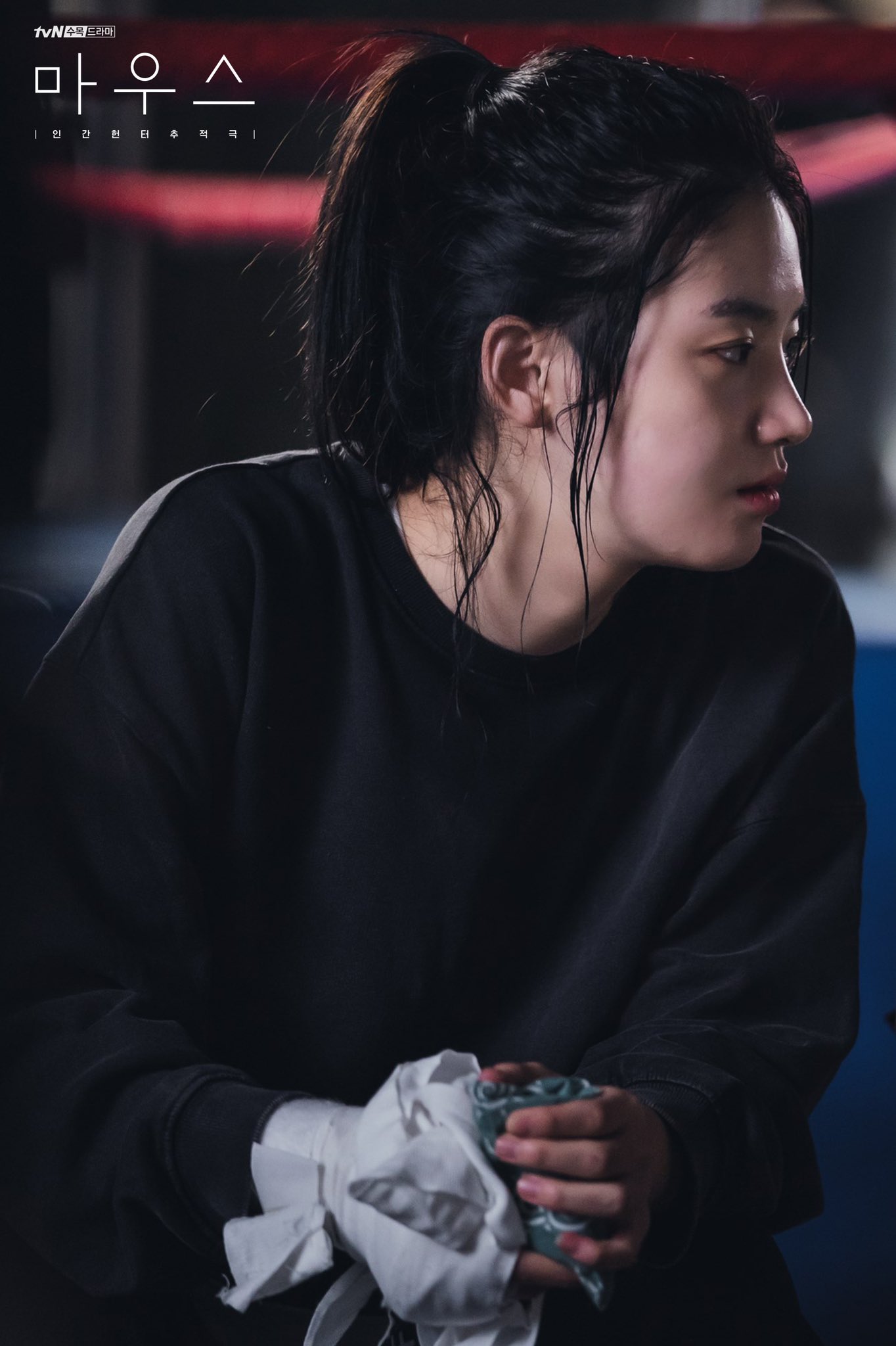 Kyung Soo Jin, who will be playing the talented producing director (PD) Choi Hong Joo, similarly practiced imitating the tone and facial expressions of real-life reporters in order to get into character.

The behind-the-scenes photos show the contrast between her poised character and her real-life personality as she cheerfully chats with her co-stars. 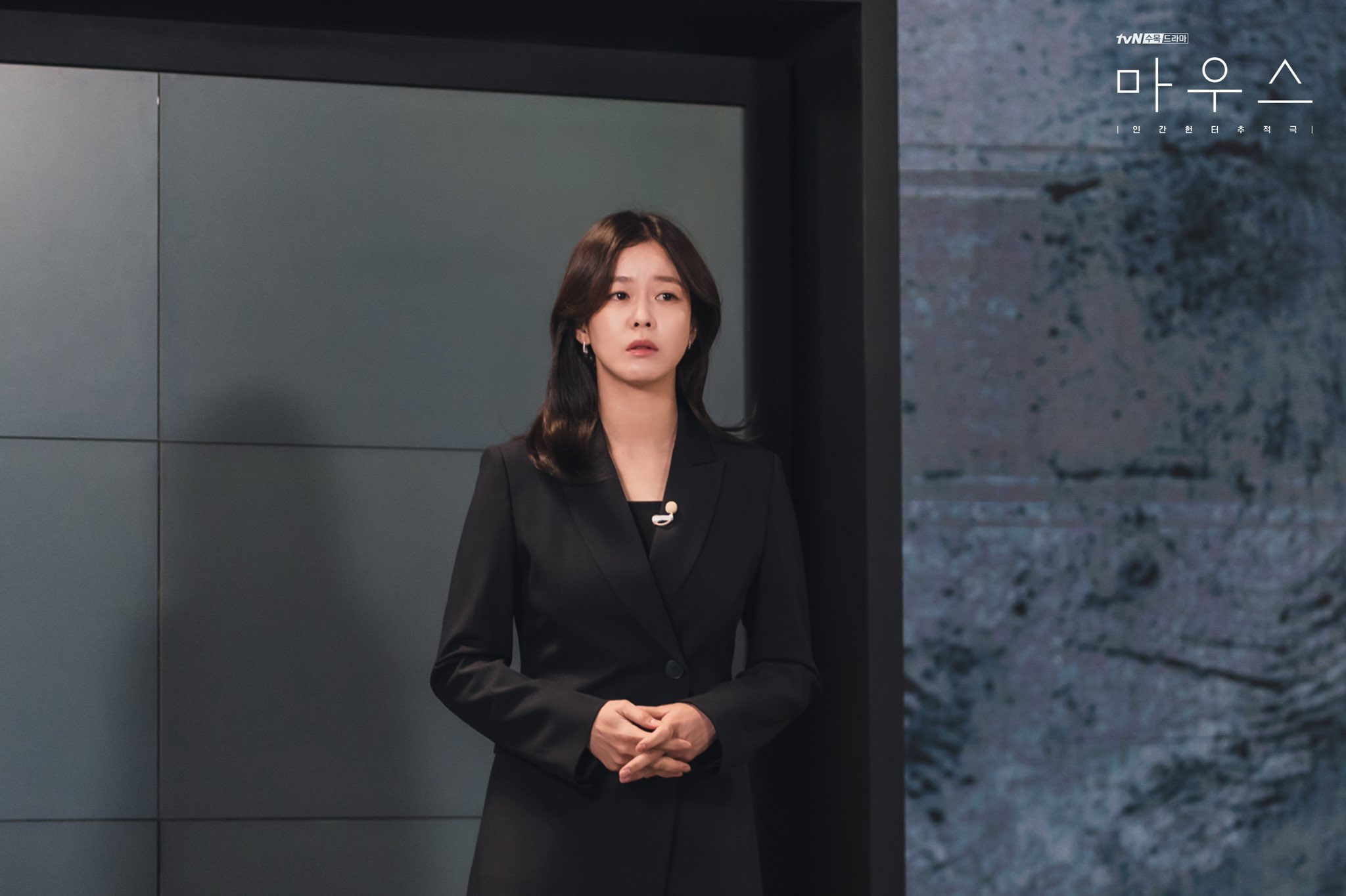 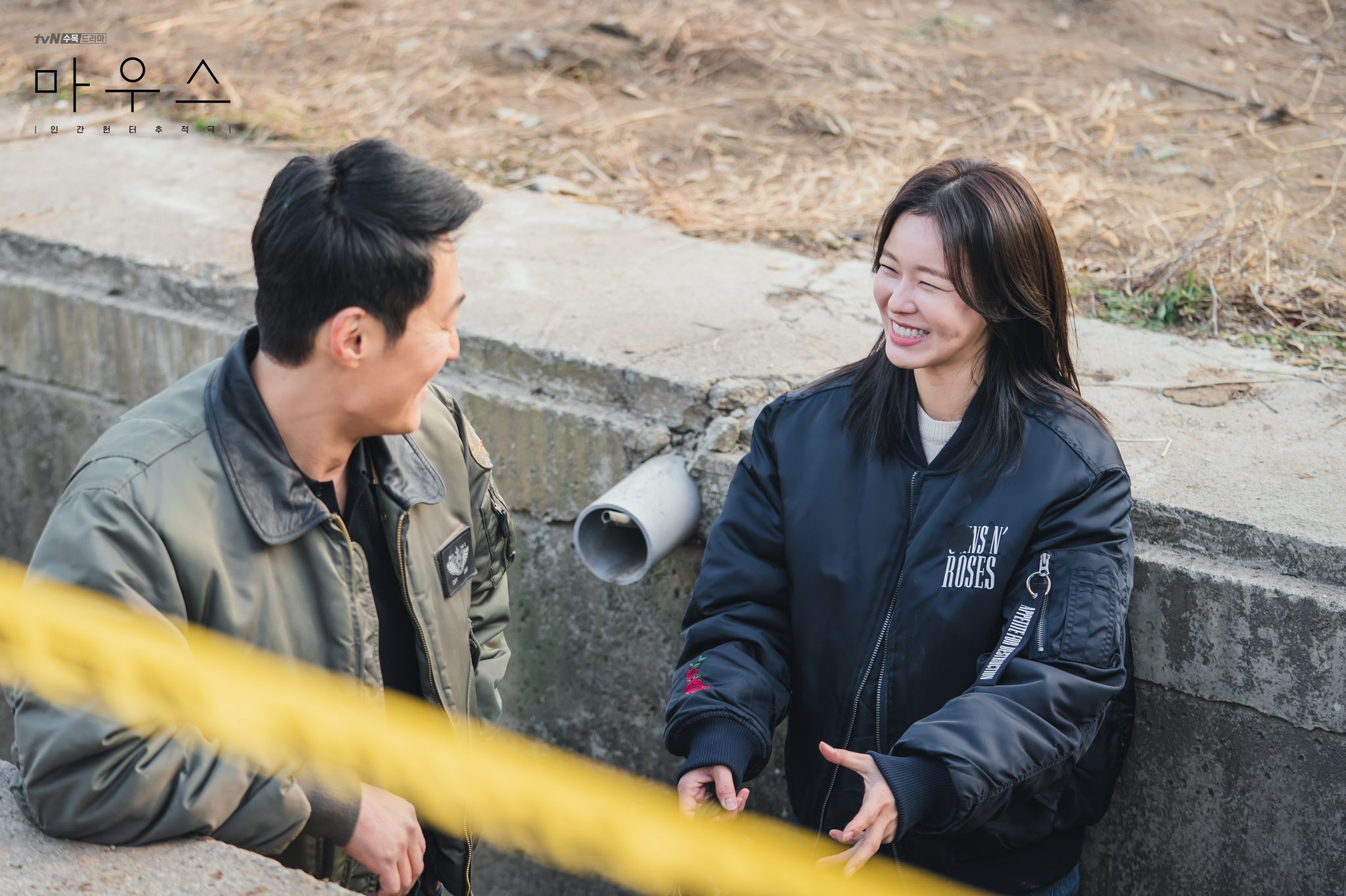 The producers of “Mouse” commented, “In addition to the actors’ tireless passion, their explosive chemistry whenever they meet has been boosting the quality of the drama. Please look forward to the first episode of ‘Mouse,’ which will open up new horizons for tvN’s genre pieces in 2021.”

In the meantime, check out a highlight clip for the drama with English subtitles below!