Based on the popular webtoon of the same name, “Navillera” will tell the story of Duk Chool, a man who begins ballet at the age of 70 (played by Park In Hwan), and Chae Rok, a 23-year-old ballerino who gets lost while chasing his dreams (played by Song Kang).

Although Chae Rok possesses extraordinary talent as a ballet dancer, he starts dancing relatively late in his life compared to his peers. As he winds up tasting the bitterness of reality, he loses his way on the road to his dreams—but his life takes an unexpected turn when he meets a one-of-a-kind student in Duk Chool, who will bring dramatic change to his world.

In newly released stills from the upcoming drama, Song Kang makes a swoon-worthy transformation into gifted dancer Chae Rok. Practicing alone in the studio, the graceful yet muscular Chae Rok practically glows as he breaks a sweat while dancing.

According to the producers of “Navillera,” Song Kang took lessons for half a year to prepare for his role in the drama.

“While Song Kang was filming his ballet scenes, all of the staff on set stopped breathing,” they recalled, “and we were all drawn into his performance. His acting in the ballet scenes, which came about through an enormous amount of practice, is certain to shock viewers as well.” 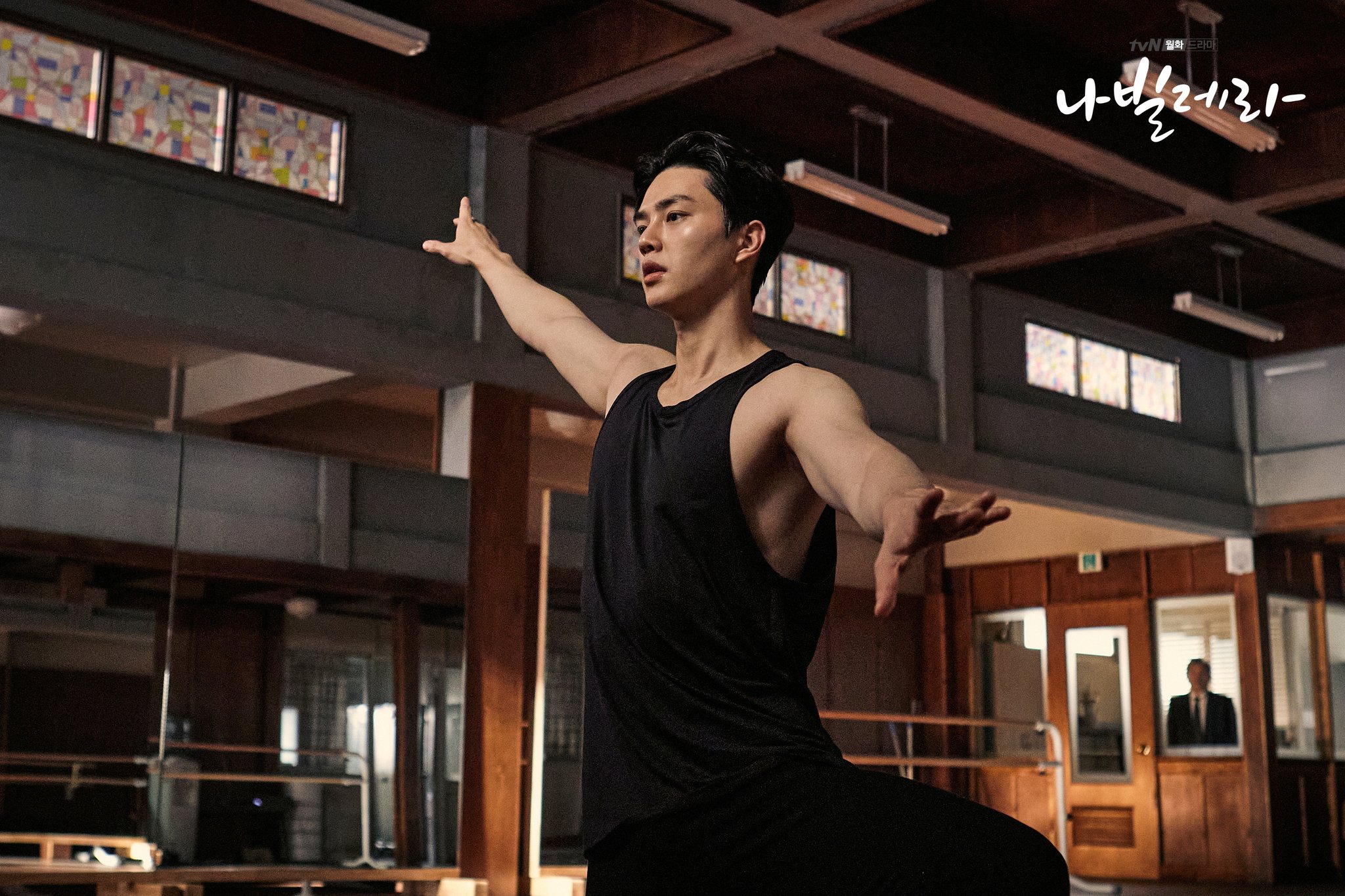 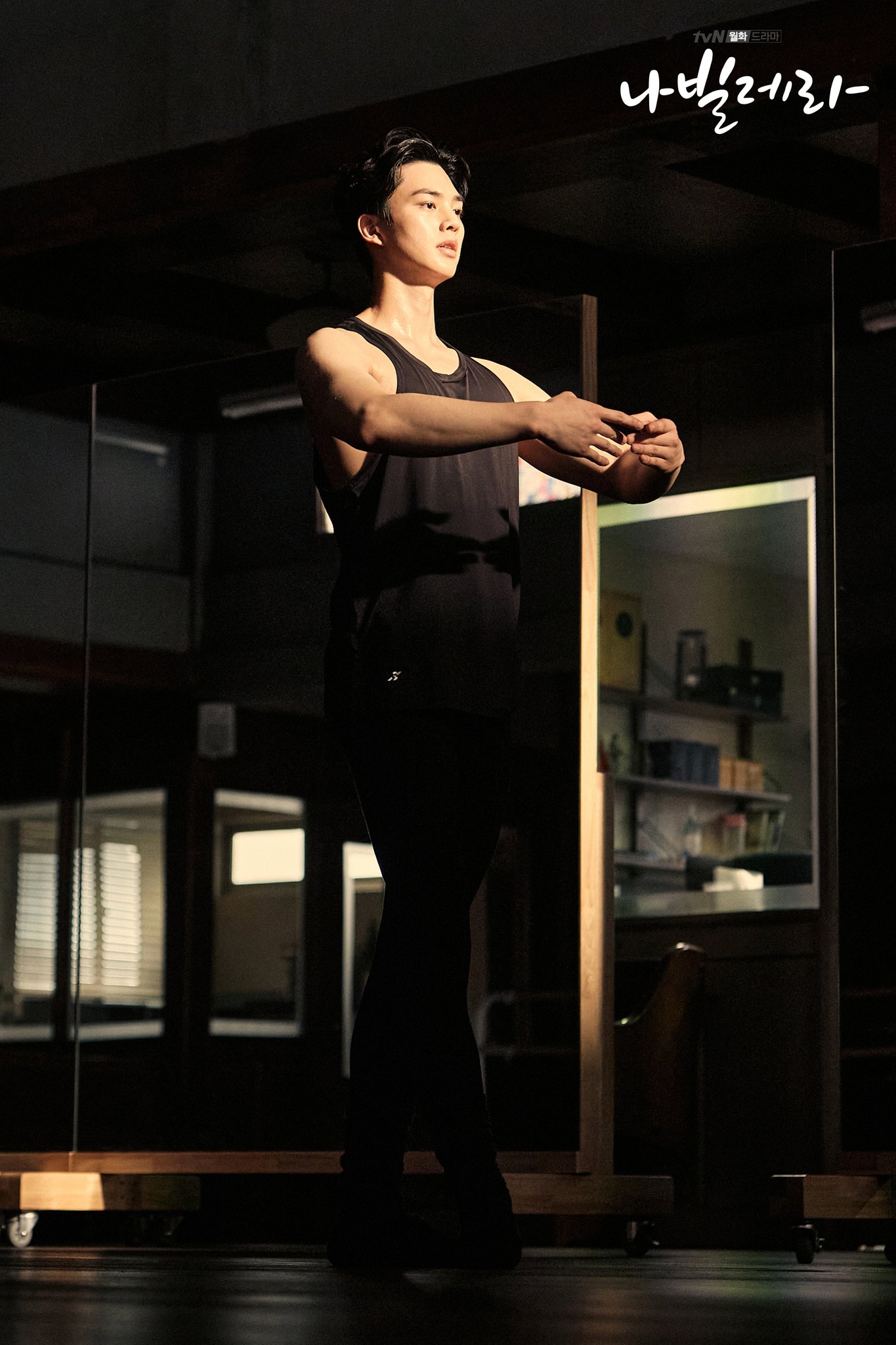 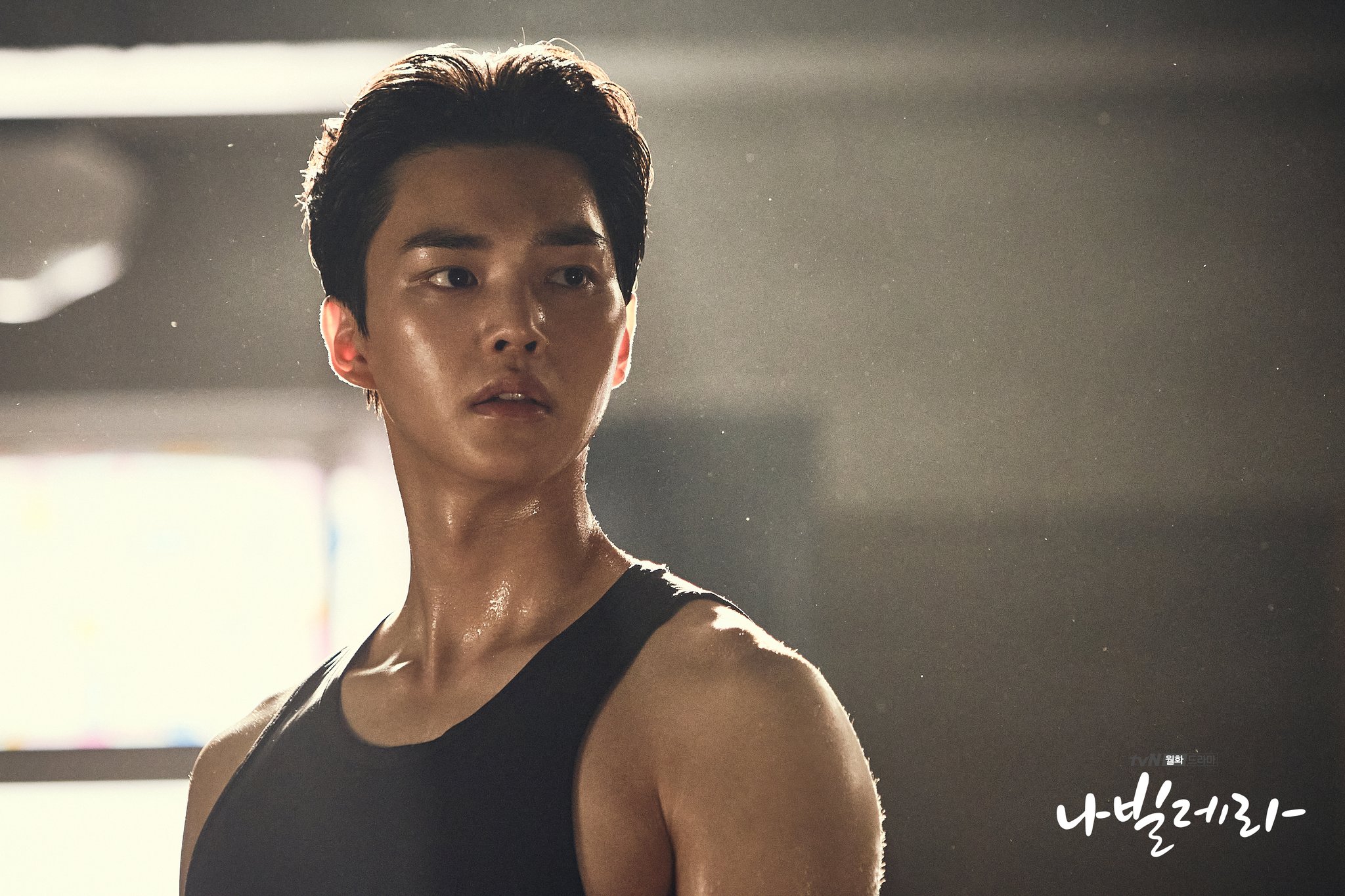 “Navillera” also released a glimpse of leading lady Hong Seung Hee, who will be playing the role of Shim Eun Ho.

The granddaughter of Duk Chool, Eun Ho is a perfectly-behaved model student who has always done exactly as her strict, overbearing father wished. She has worked hard throughout her entire life to live up to her father’s standards, but as she begins to realize that there is no end in sight, she finds herself growing tired of living life trapped inside her father’s hamster wheel.

When Eun Ho meets Chae Rok, who is certain of his own dream and is determined to chase it, she gains the strength to break out of her father’s mold and finally take the reins of her own life.

The newly released photos of Hong Seung Hee capture the actress looking nervous yet determined while working hard as an intern. As Eun Ho’s father’s goal for her is to receive a good performance review from her internship so that she can get a job at a large company, the opportunity is both important and stressful for her at the same time.

Another still shows Eun Ho at the restaurant where Chae Rok also works as a part-timer, piquing viewers’ curiosity as to how they will meet for the first time. 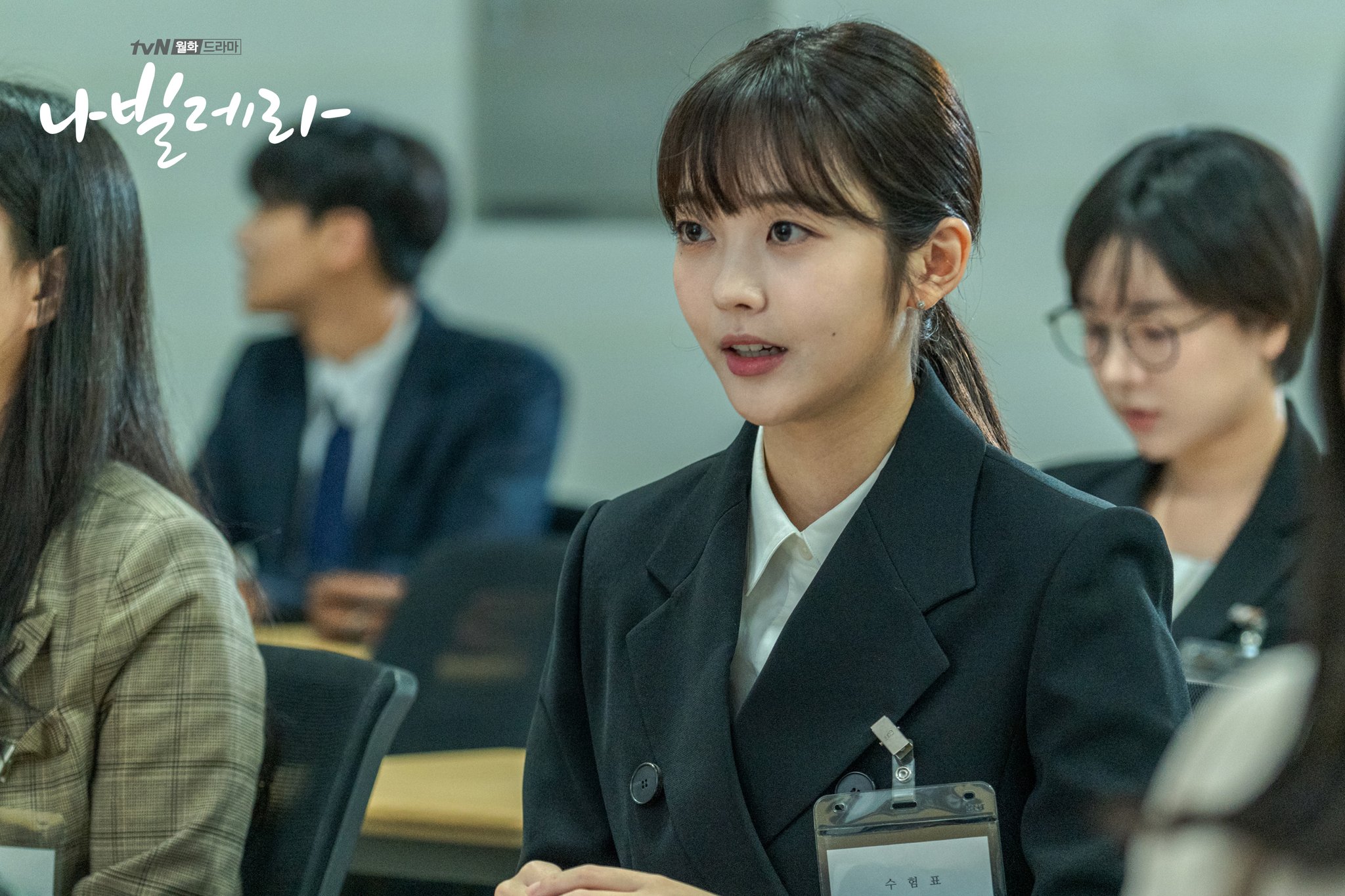 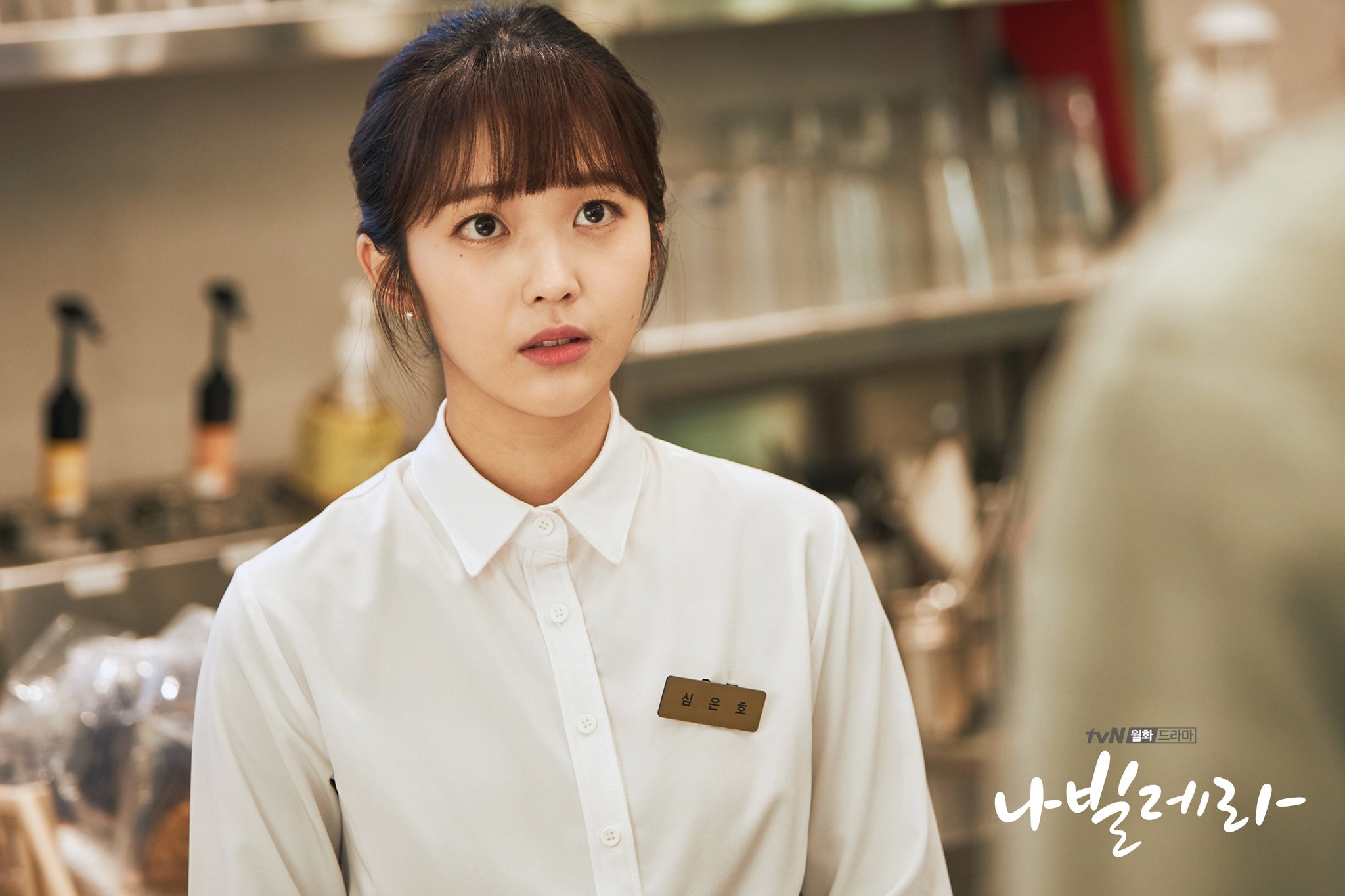 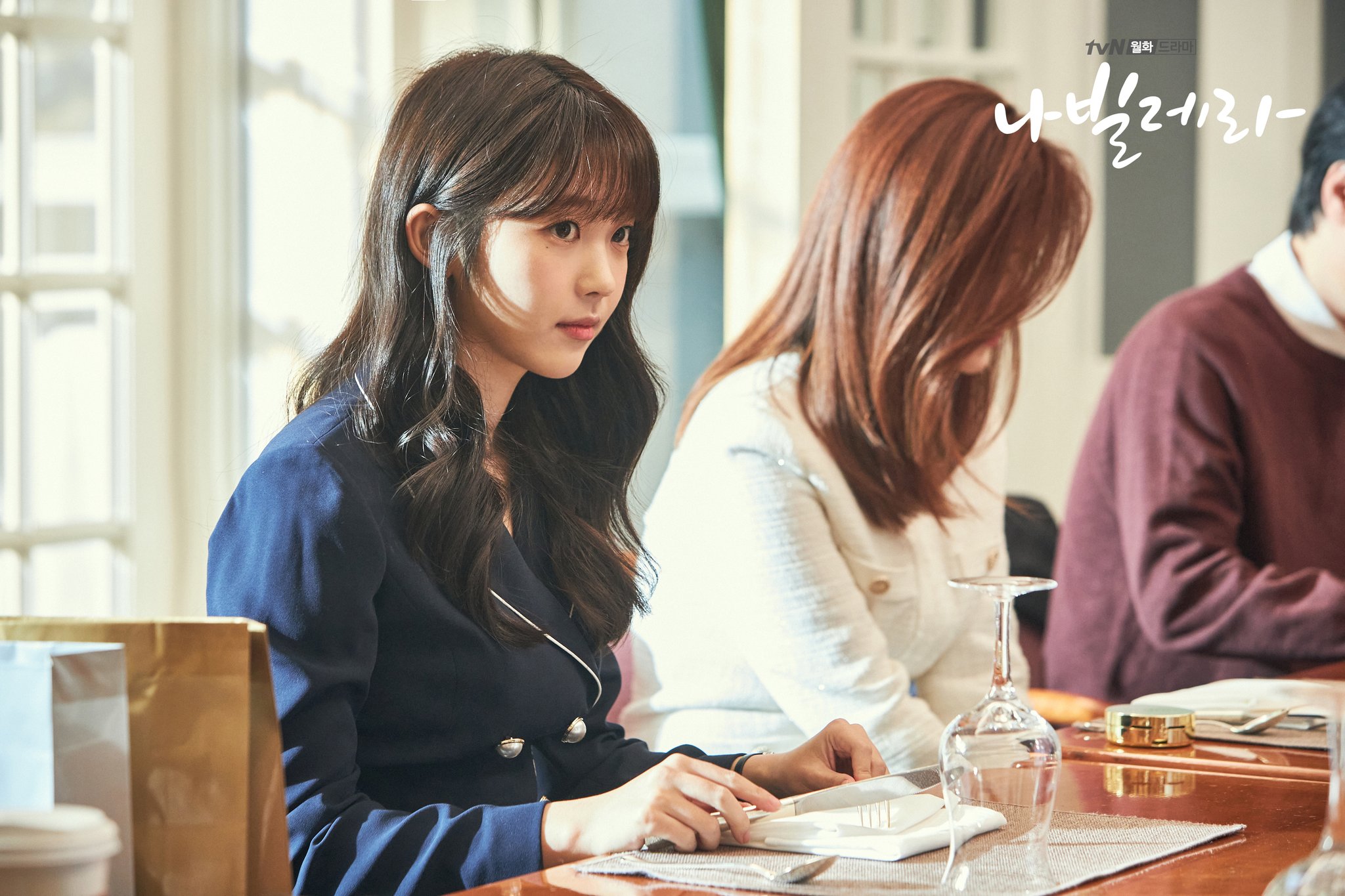 The producers of “Navillera” commented, “Hong Seung Hee is flawlessly pulling off the role of Shim Eun Ho, switching back and forth from a perfect model student to a young woman in endless agony. The youth of today will be able to relate to her journey of reclaiming her own life and, for the first time, exploring a life that is her own, instead of her father’s plans for her.”

Song Kang
Hong Seung Hee
Navillera
How does this article make you feel?