Kim Woo Seok Shares His Thoughts On Making His Own Songs, His School Days, And More

In the accompanying interview, the idol talked about various topics, including music, his school days, and his path to becoming a singer. 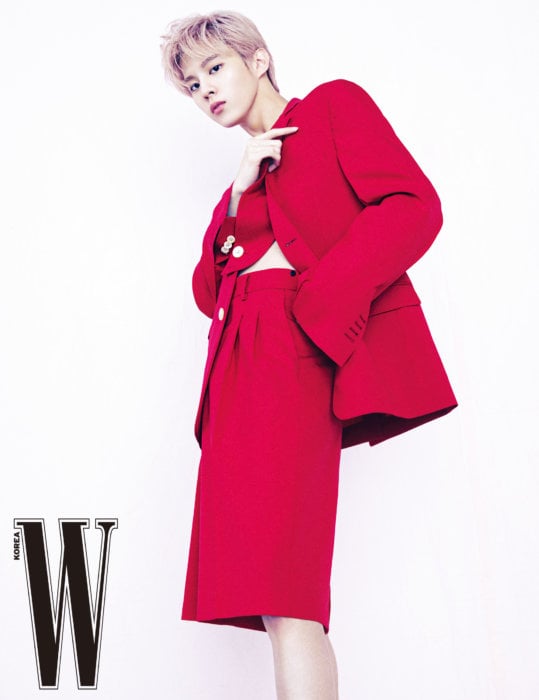 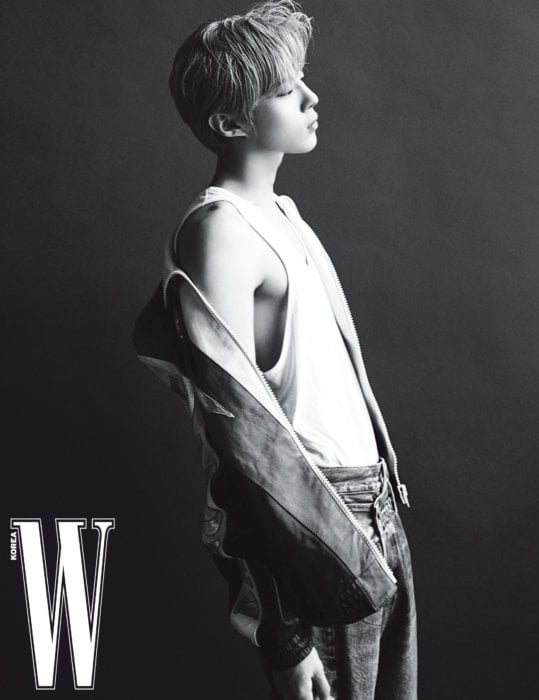 Kim Woo Seok has released two solo albums so far, and he was in charge of writing and composing almost all the songs. When asked what made him start making his own songs, he answered, “It started when I met an acquaintance who was a producer when I was 20 years older. Later, when I debuted as part of X1 through the audition program ‘Produce X 101,’ I was given a chance to officially compose. From then on, whenever I had time, I worked on songs and sent them to my agency. During that process, I was ‘rejected’ a lot. Back then, I thought, ‘Why don’t they like them?’.” Then laughing, he added, “But now when I hear them again, I can see why they didn’t.”

Kim Woo Seok also talked about his inspiration, saying, “There are many moments when I’m inspired. But I think the driving force behind my continuous music is my fans. I work hard because of them, and I’m excited at the thought of letting them hear my music. Although some songs aren’t originally planned to be for my fans, they sometimes become songs for them when I add the lyrics. The song ‘Better’ from my album ‘2ND DESIRE [TASTY]’ was also created in a similar process.”

The interviewer mentioned there are certain words that musicians often use without realizing when they write lyrics and asked Kim Woo Seok about what that word was for him. Kim Woo Seok replied, “I try to use it less these days, but I think I use the word ‘tomorrow’ the most. As time goes by, even this moment today becomes the past. There are countless pasts, while tomorrow is a one-day moment. That’s why tomorrow is so precious. So when I write lyrics about how we feel grateful for tomorrow and how we make tomorrow together or when I write a letter to my fans, I use the word ‘tomorrow’ a lot.” 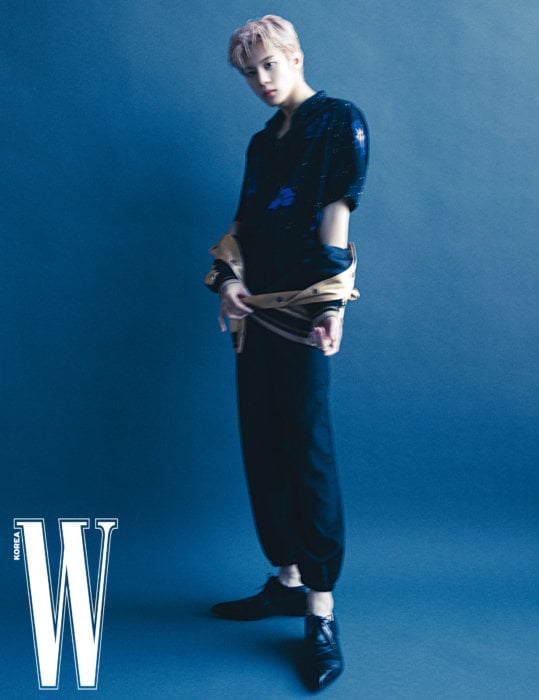 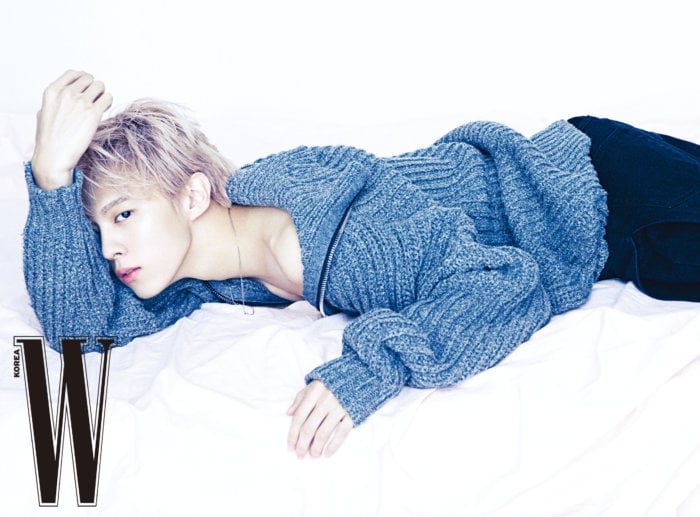 Kim Woo Seok also shared what he was like during his school days. He said, “I was very realistic. Ever since middle school, I realized studying wasn’t for me, so I dropped out of high school. I didn’t have a good home environment, so I thought a lot about what I should do in the future and how to live a happier life with my mom. Being a trainee itself felt like a luxury. I vaguely thought it would cost a lot to go to Seoul. My hometown is Daejeon. I wondered if I could become a singer because I have never been to Seoul and am very shy.”

When asked how he officially started his path to become a singer, he explained, “While crying, my mom said I should try it out. I was her precious son, so I think she thought it was a waste of a talent. She said if I don’t like it, I can quit after a month or two but I should try it out at least. That’s how I started my trainee life, but at first, it really didn’t suit me. While learning to dance and sing, I thought, “Why am I doing this?’. I couldn’t bear to see myself dancing in the mirror. The singers dancing on TV look really cool, but why did I look funny? I was really frustrated.”

The interviewer guessed there were many days when he went home and told his mom he wanted to quit. Laughing, the idol admitted, “Yes, there were so many days when I did that. But I think I had strong pride. When the agency said, ‘Is this all you can do?,’ I’d get fired up and somehow end up succeeding it. One day, I really couldn’t do it, so I went home in the middle of a lesson. I was young then, so I cried and complained that I was tired. I think I rested at home for about three to four days.”

When asked what he thought about during that time, he answered, “All I thought was, ‘it doesn’t fit me.’ I was about to give up, but I happened to get a chance to be a backup dancer for Teen Top at an year-end music festival. It was a short stage, and I was wearing my hat so no one could see my face properly. There was a move when I had to take off my hat, and when I did, there was a loud cheer. For the first time, I thought, ‘Maybe being a singer does suit me.’ The feelings I felt at that time continue until now, so I think that’s why I’m on stage as a singer.” 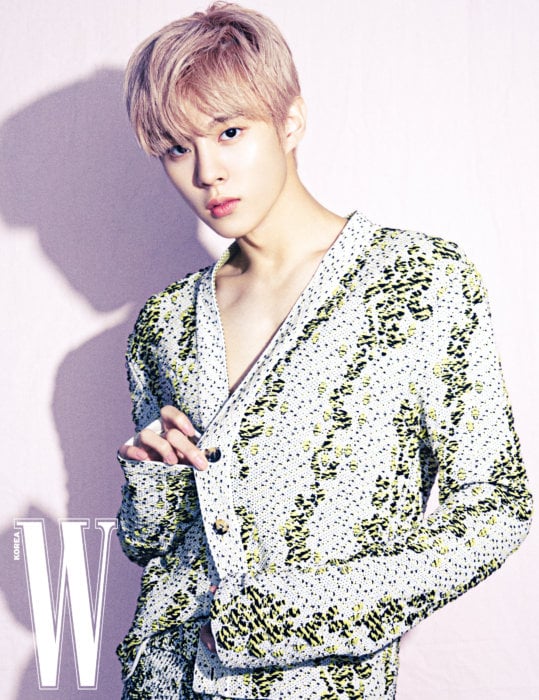 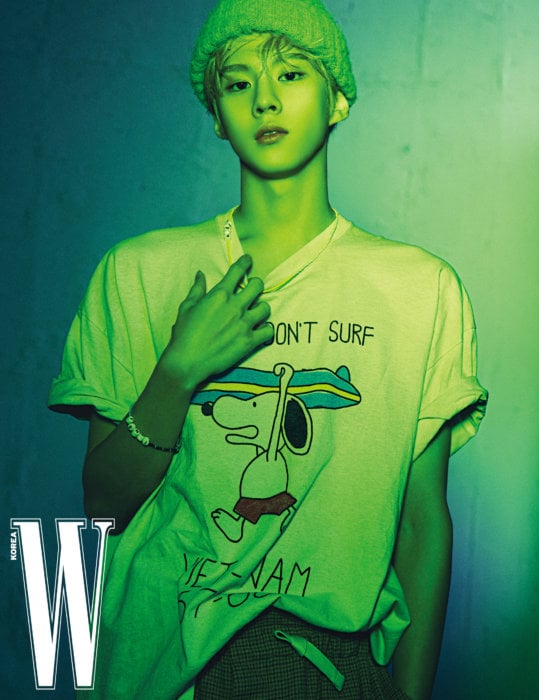 Lastly, Kim Woo Seok talked about his biggest ambition. He said, “I want to make music that we can do together. When I look at it from afar, it’s probably the most difficult thing to do. It’s not that difficult right now because there are fans who like me, but there’s no guarantee that there will be someone who supports me in the far future. But I’m confident. I’m going to keep thinking that I’m not wrong.” 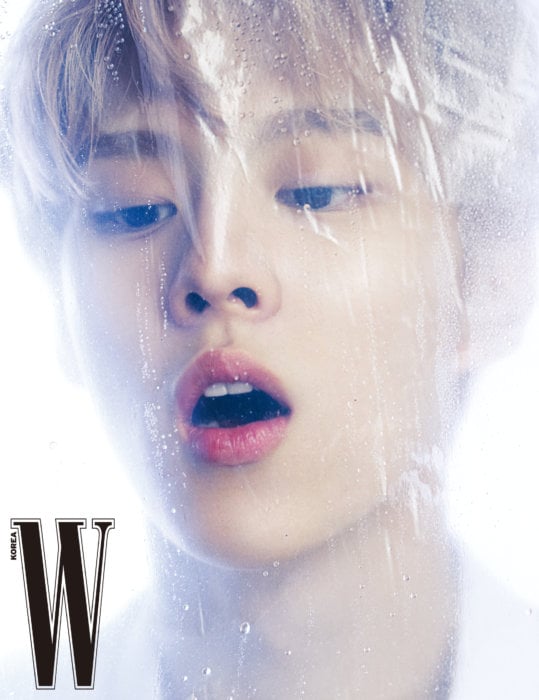 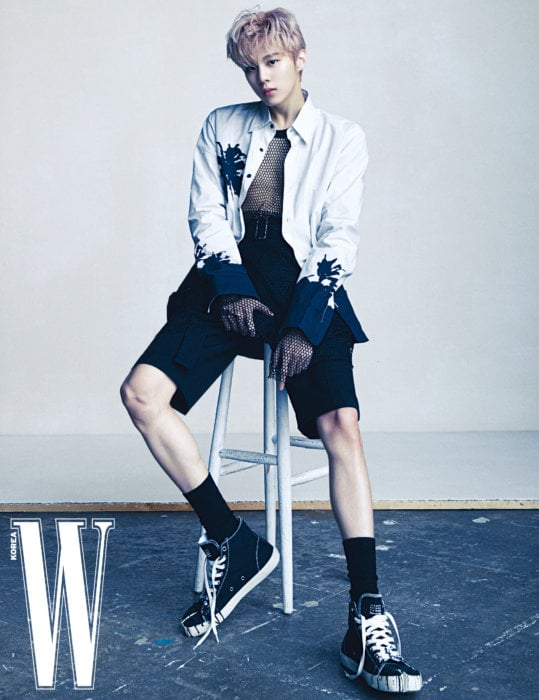 UP10TION
W Korea
Kim Woo Seok
How does this article make you feel?