Lee Dong Wook Shares His Thoughts About Pre-Produced Dramas, Difference Between TV And Film, And His Life During The Pandemic

Lee Dong Wook recently participated in a pictorial and interview for the magazine Arena!

In the interview, Lee Dong Wook talked about taking a little break for himself at this stage of his career. “For the past few years, I worked almost like an idol,” he said. “Idols are busy all year round. They release albums and prepare for concerts, but they are also always doing something out of the public eye. I learned how to relate to when they said, ‘I’m so happy to have a week off.’ I was like that.” 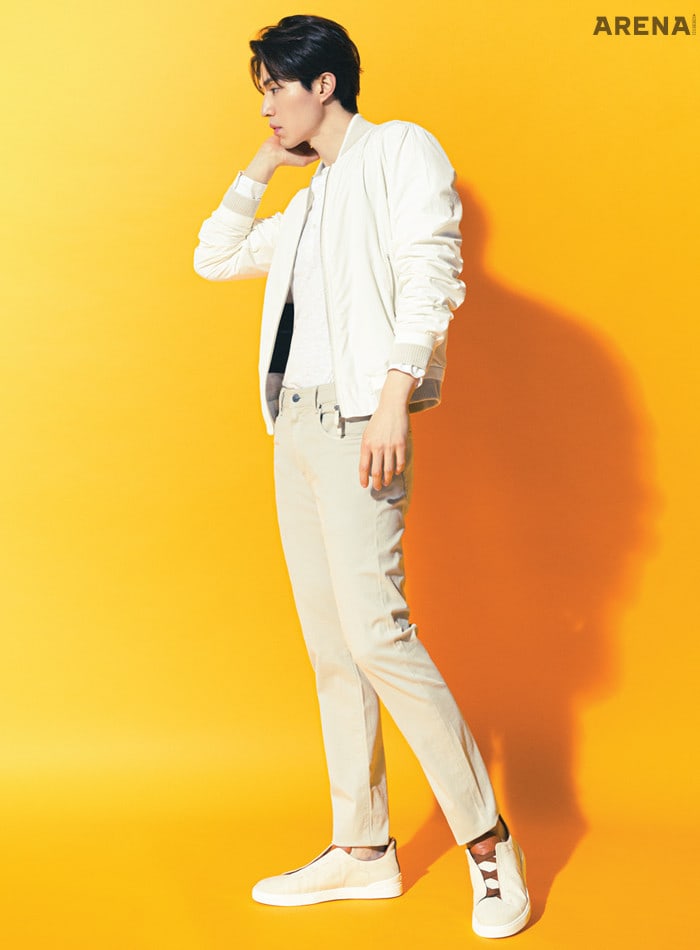 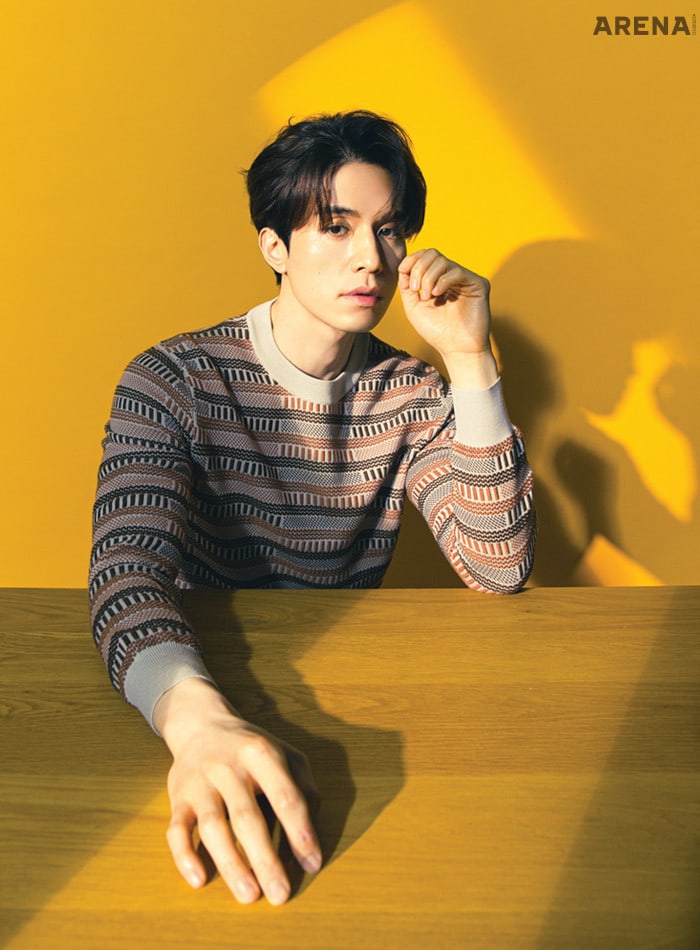 The actor shared that he had reached this busy point in his career after the popularity of his hit drama “Goblin.” “I went on an Asian tour of seven countries in 2017,” he said. “I had fun performing, and at first I always knew where I was, but then it began to blur together. 2019 was a really busy year for me. I was filming the drama ‘Touch Your Heart‘ when I got the job for MC on ‘Produce X 101.’ Then I started the drama ‘Strangers from Hell’ while I was the MC, and when that was about to end, I started the talk show ‘Because I Want to Talk.’ As soon as that was over, I began preparing for and filming ‘Tale of the Nine-Tailed.’ Yesterday [February 5] I wrapped up filming for the movie ‘Single in Seoul.'” 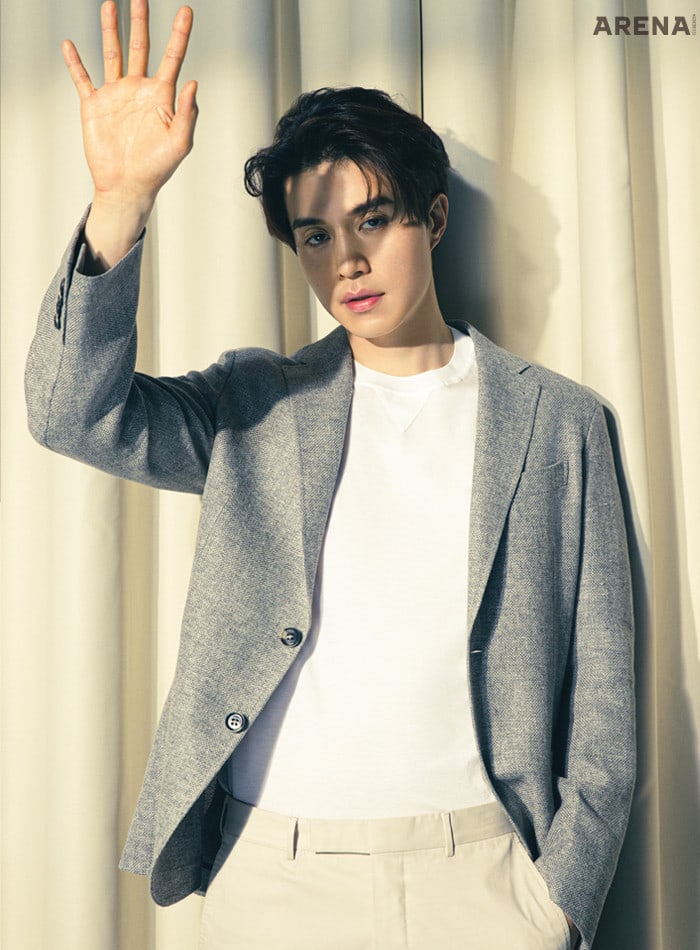 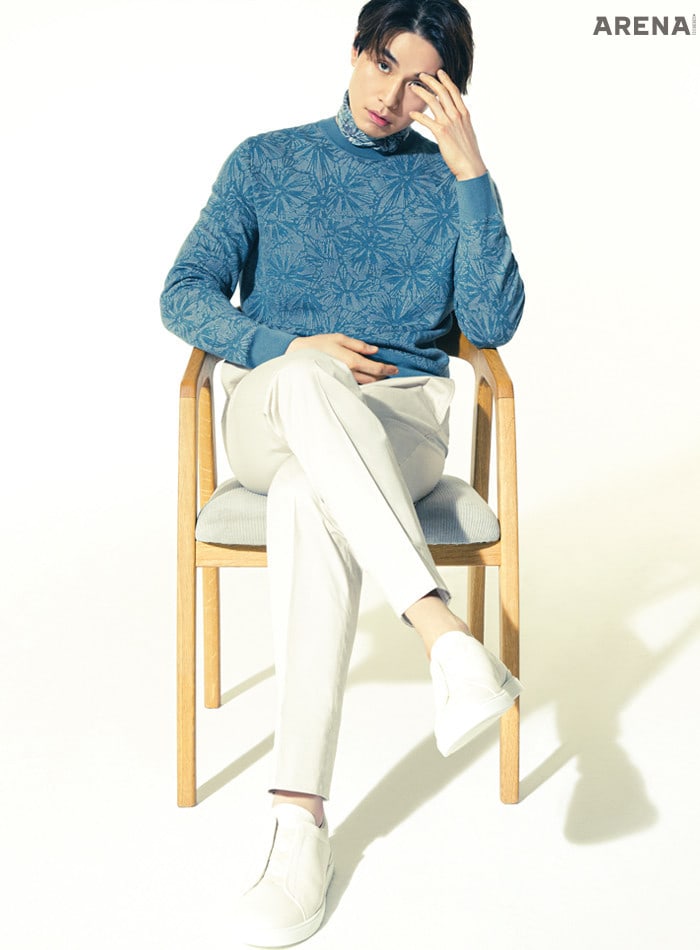 The interviewer mentioned that dramas are now becoming more pre-produced, with at least half the drama being produced in advance of its broadcast date. Asked how he felt from an actor’s perspective, Lee Dong Wook replied, “I think that it’s right for things to change. I’m from the past generation. I’ve been doing this job since 1999. I’ve stayed up countless nights and worked countless brutal schedules. There was a time when I became afraid of doing dramas, because it meant staying up nights for four months in a row. It’s really difficult to live for that long with two or three hours of sleep a night. As the system changed, actors could rest for about one day per week, and sleep about six or seven hours a night. It’s not just the actors, but also the production staff got some breathing room. I think that this is a good development.” 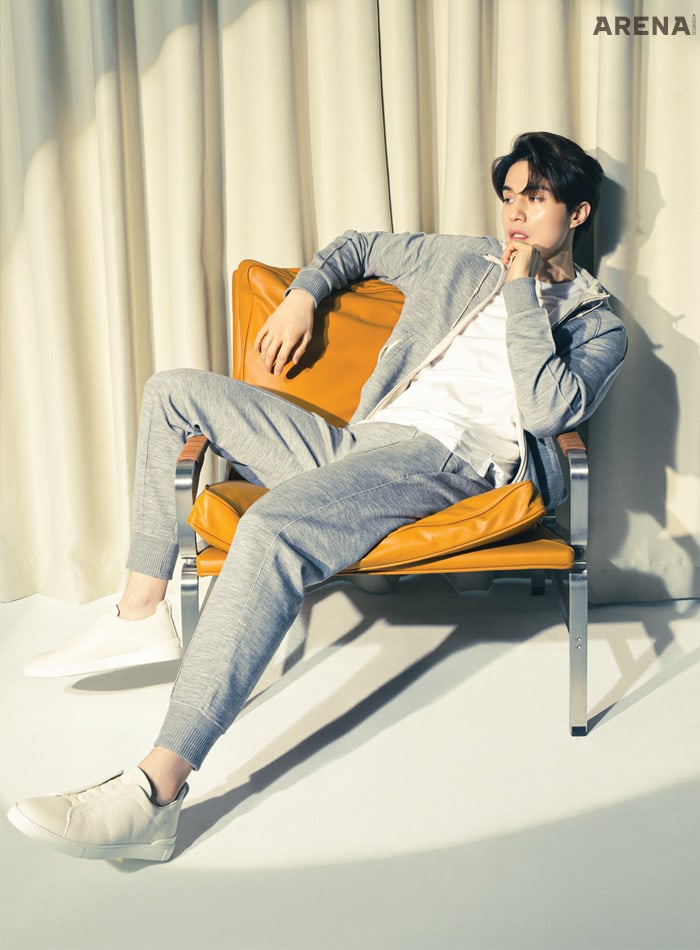 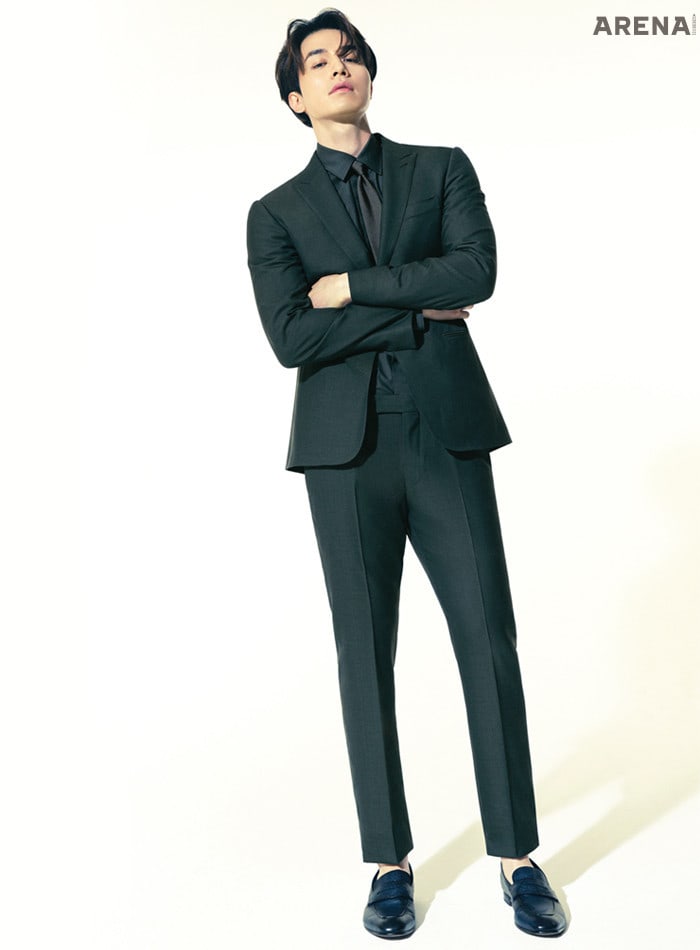 Lee Dong Wook also weighed in on the difference between filming dramas and movies. “It’s been a while since I did a movie,” he said. “This time, I didn’t notice a big difference between movie sets and drama sets. Both mediums use the same tools most of the time. Not just the equipment, but the production conditions are similar as well. I think that as these changes continue, it will become meaningless to differentiate between movies and dramas.” The reporter pointed out that this meant that the quality of Korean dramas had improved significantly, and Lee Dong Wook agreed, adding, “With the development of streaming services, the budget for dramas has even overtaken movies in some cases.”

The actor went on, “But there is a difference between telling a completed story in two hours and filming 10 episodes in advance before the drama begins to air. There’s also a difference in the time required for post-production. I’ve often thought that dramas could break free of the ’16-episode’ expectation and go for 10 or 12 episodes instead. Even if the production time is the same, there’s a qualitative difference between airing 10 episodes and preparing to broadcast 16.” 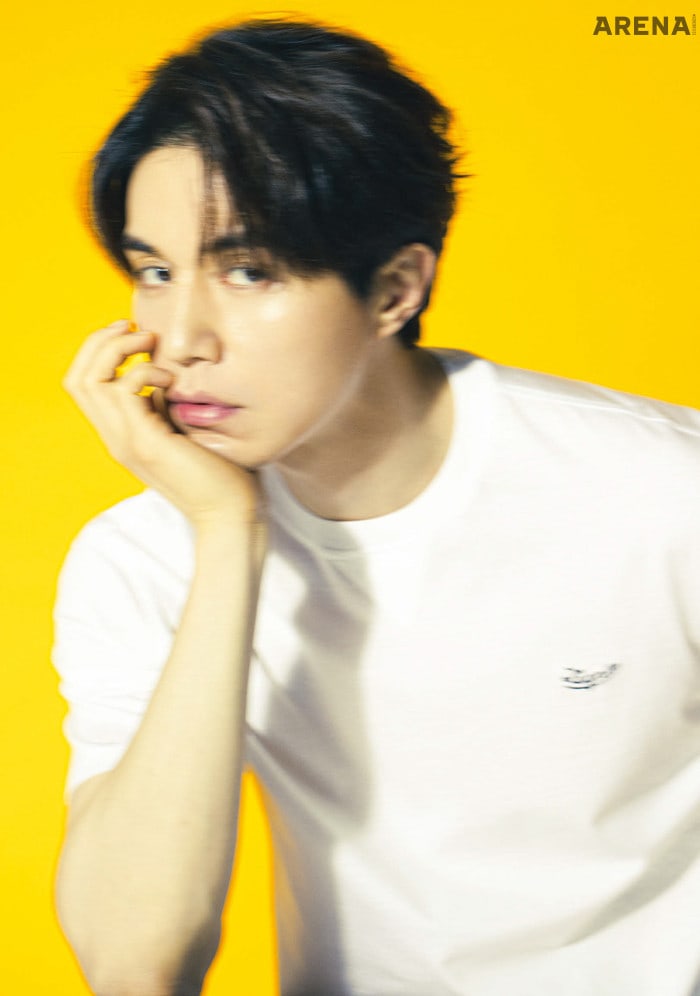 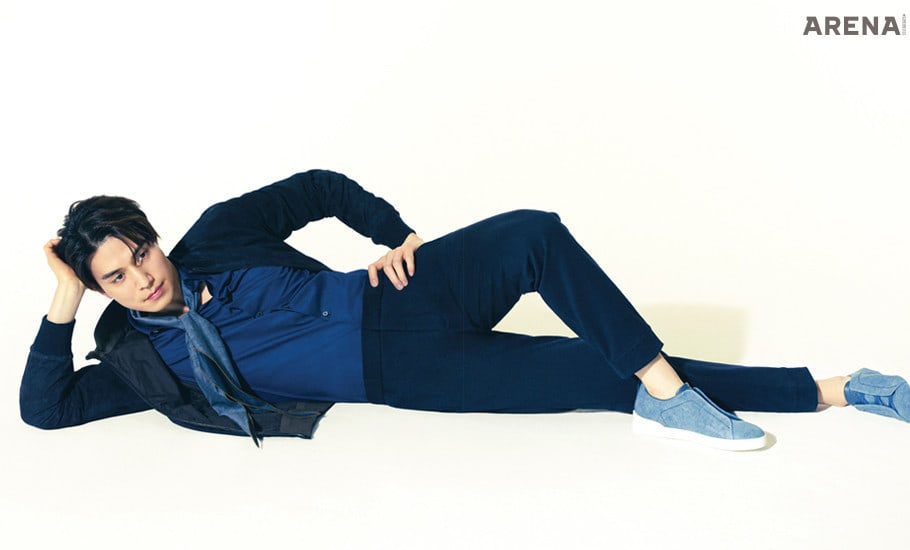 Lee Dong Wook talked about his life during the COVID-19 pandemic. “I think that we’ve had to become less transparent about filming schedules,” he said. “It’s also become more difficult to scout locations for filming. In the past, we’d get permission or sponsorship from public institutions and public spaces, but those spaces are shut due to the pandemic. For example, let’s say that our next filming location is an apartment complex. In the past, it would be easy to get permission to film there, but now the residents are opposed to having a lot of people come in. ‘Single in Seoul’ was supposed to end filming a week ago, but it was pushed back because of location issues. It’s an issue not only in places that were easy to film in the past, like Namsan and the Han River, but also in police stations, law courts, and airports. Finding locations in general has become work on its own.”

He added, “When we work, we have to take off our masks, but we wear masks when we’re getting hair and makeup done. We have to wear them even when going to the bathroom on set. Even in interviews, we wear masks. Except for the times when we’re actually in front of the camera, we’re always wearing masks.” 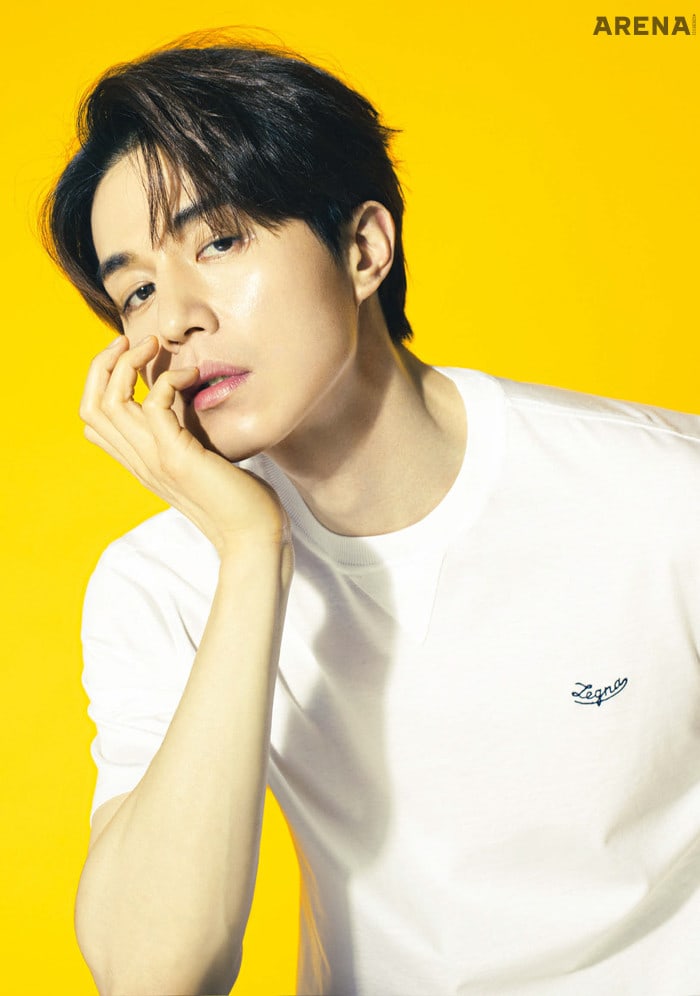 Check out “Tale of the Nine-Tailed” below!

Lee Dong Wook
Arena
How does this article make you feel?