tvN’s “Vincenzo” has released a new poster of 2PM’s Taecyeon after revealing a major secret about his character!

“Vincenzo” is a drama starring Song Joong Ki as Vincenzo Cassano, an Italian lawyer and Mafia consigliere who is of Korean descent, but was adopted by an Italian family at a young age. When he moves back to Korea due to a conflict within his organization, he winds up crossing paths with sharp-tongued lawyer Hong Cha Young (played by Jeon Yeo Bin) and her intern Jang Joon Woo (played by 2PM’s Taecyeon). Together, they join forces in using villainous methods to take down villains who cannot be punished by the court of law.

The latest episode of “Vincenzo” highlighted the brutal revenge match of Vincenzo and Hong Cha Young. After they discovered Babel Pharmaceutical’s plans to launch a new medicine with illegal drugs as its main component, Hong Yoo Chan (Yoo Jae Myung) lost his life trying to keep the substance from being released. After facing such a crisis, Vincenzo grows increasingly infuriated with the villains’ merciless attacks.

On March 2, tvN released a new poster of Taecyeon’s character Jang Joon Woo after the jaw-dropping revelation that he is not only a law firm intern, but the real chairman of Babel Pharmaceuticals. The poster shows Jang Joon Woo as the drama’s hidden villain, acting as the plot’s newest key variable. As Vincenzo slowly starts taking revenge on all his enemies, viewers can anticipate how his battle with Jang Joon Woo will unfold.

The caption on the poster reads, “Insane ambition,” emphasizing the shocking true identity of Jang Joon Woo. The rest of the caption reads, “The real chairman of Babel Pharmaceuticals! A vicious, sociopathic villain.” The contrast of the poster characterizes the cold, true personality of Jang Joon Woo that was hiding behind the bright smile he always donned, even while being scolded by his boss Hong Cha Young. 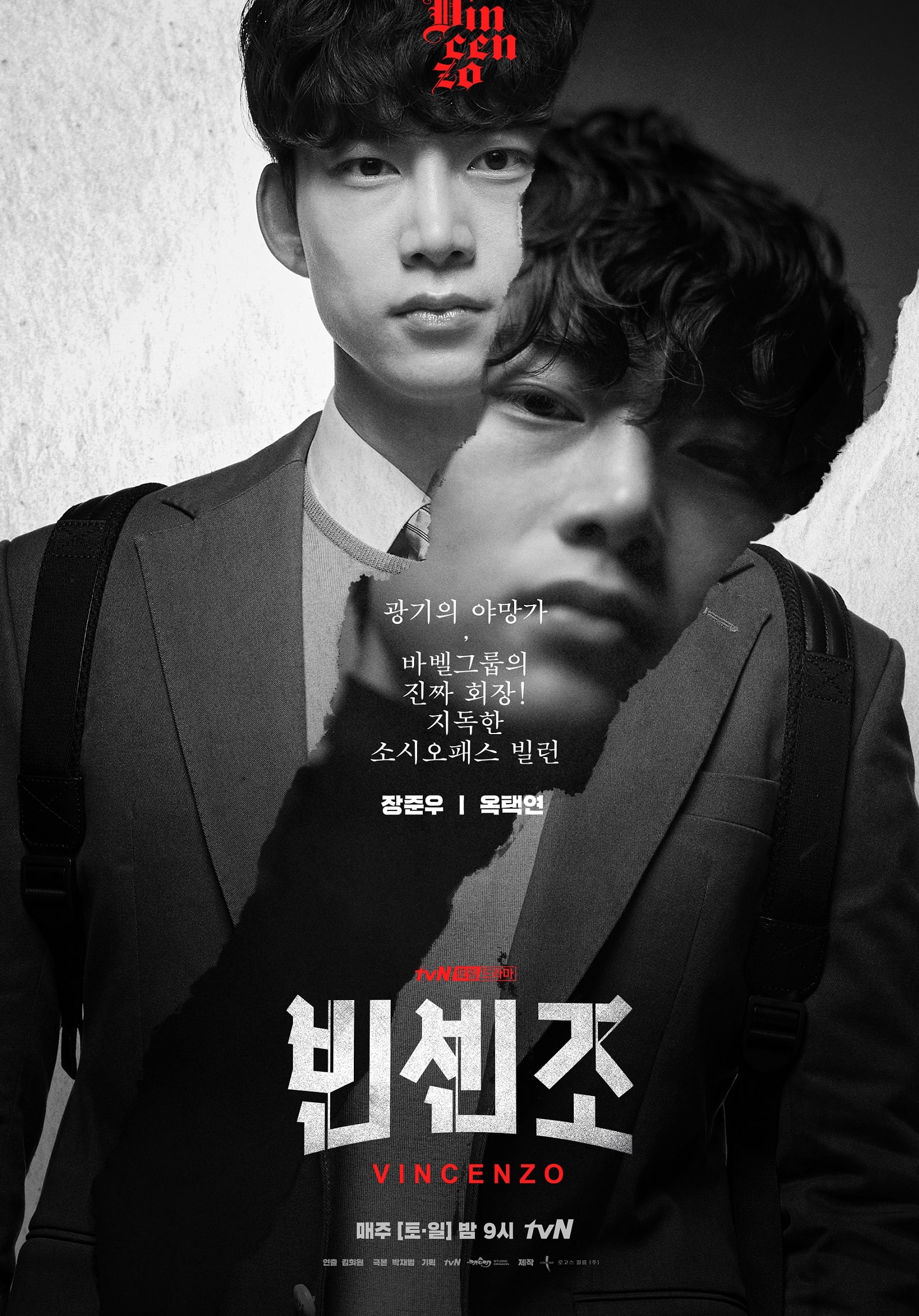 Regarding the shocking revelation about his character, Taecyeon commented, “Jang Joon Woo is a character that will be able to show you a 180-degree difference between hot and cold. I found it charming that I was able to act as both an innocent intern and a self-absorbed villain, all in one character. Portraying the process of Jang Joon Woo’s corruption is another challenge for myself, so I’m doing my best while acting.”

In the meantime, check out Taecyeon in “The Game: Towards Zero” below!

2PM
Taecyeon
Vincenzo
How does this article make you feel?