NCT’s Sungchan Talks About His Trainee Life, Gratitude For Members, Goals, And More

When asked to briefly describe what kind of person he is, Sungchan replied while laughing, “Right now, I think I’m someone who is very lacking. However, I’m still someone who is always evolving. Even with today’s shoot, I think I’ve improved from when we first started.”

Sungchan is one of NCT’s two newest members, joining the group late last year for their comeback with “90’s Love.” Sungchan spoke about receiving the exciting news of his debut, sharing, “I couldn’t believe it. It’s hard to explain it in any other words. My mom was really happy and a lot of my trainee friends congratulated me too. Although debuting was my dream, I knew that my debut was not the end and rather the beginning. Since I’m joining NCT, I want to become someone worthy of enhancing NCT as a team. I want to receive recognition in many different aspects.”

He also revealed that he was a trainee for around four years. Sungchan explained, “At first, I was nearly the youngest member, and after three or four years, I became the oldest. Mentally, that aspect was a bit difficult.” 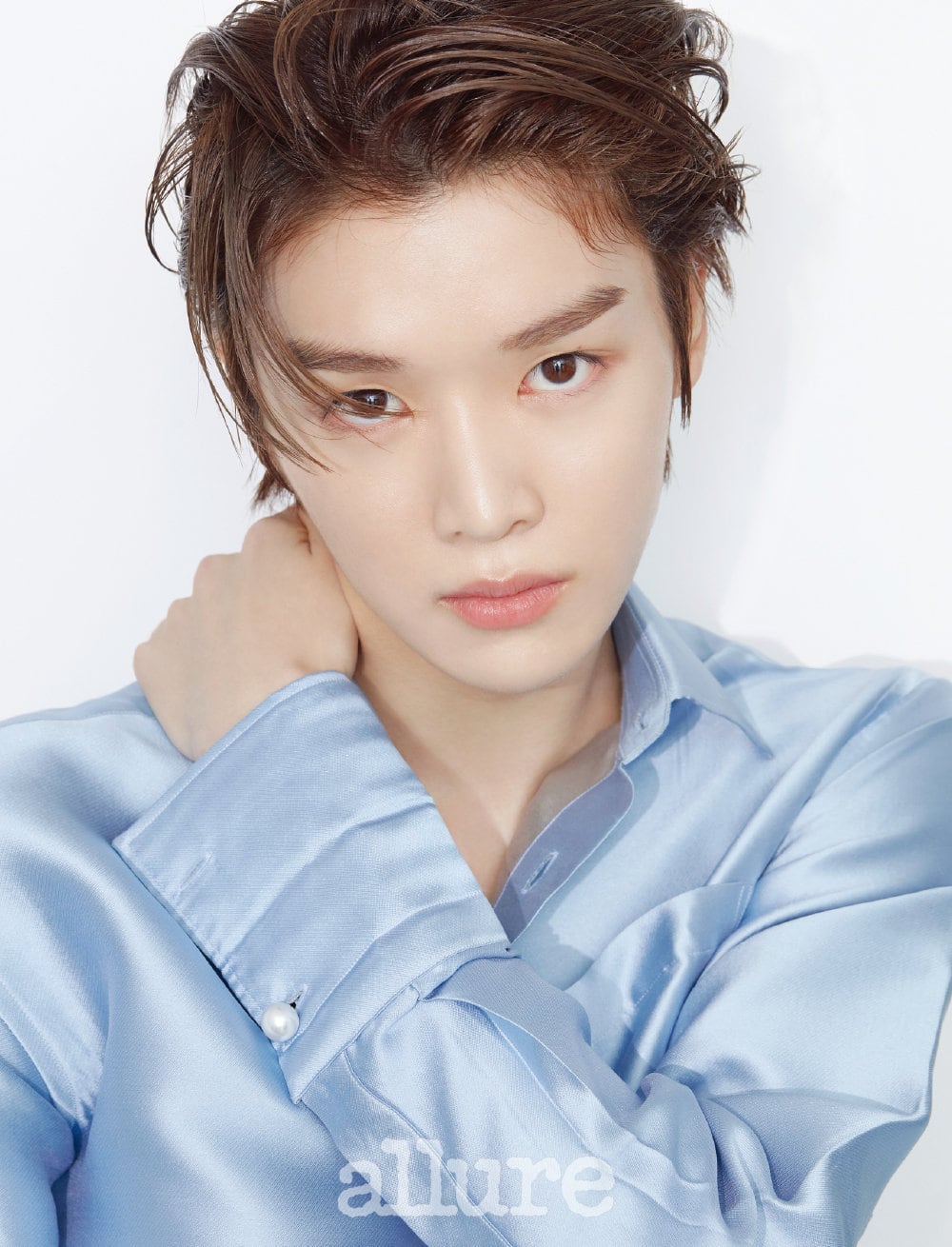 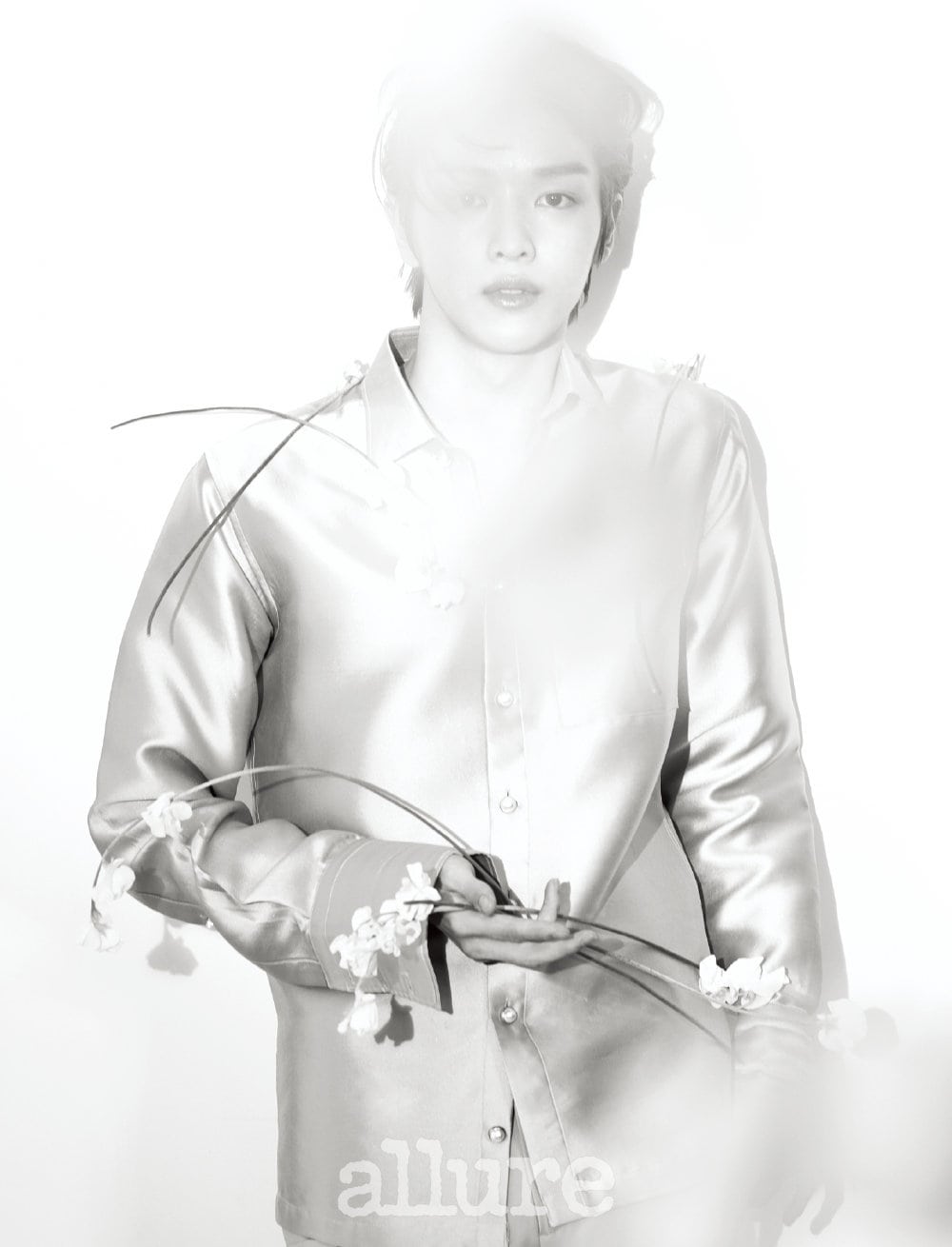 Immediately after debuting, Sungchan joined NCT for their full group promotions with all 23 members. He talked about his experience diving into such a large-scale project right away, commenting, “Since my members had debuted first, they have a few years of experience whereas I didn’t know anything. However, they taught me a lot with regards to a lot of different things. If I debuted into a new team, there probably would’ve been a lot I didn’t know, but I think I was definitely able to learn quicker because my members were teaching me. Since it was my first time, there was some disappointment. I’m going to work harder so I can be more satisfied with my next promotions.”

Sungchan also discussed immediately winning first place with “90’s Love,” sharing, “I did receive the award but it didn’t feel real at all. I nervously shared my acceptance speech while holding the trophy but I was so nervous that I just moved on. I believe I received it because I was with my NCT members. I also think that’s why it’s such a meaningful award. I teared up. When I did my first music show pre-recording, I was so nervous, but I remember my members told me that there wasn’t any reason to overthink it and that I just needed to enjoy the performance. I keep thinking about those words.”

He added that there were no fans present when the group won first place, explaining, “I haven’t met fans once until now. We’ve done fan signings and concerts through video calls but I haven’t been able to meet them once in person. That’s why it doesn’t even seem like I’ve debuted.” Laughing, Sungchan continued, “No one recognizes me and my fans haven’t seen me in person yet.” 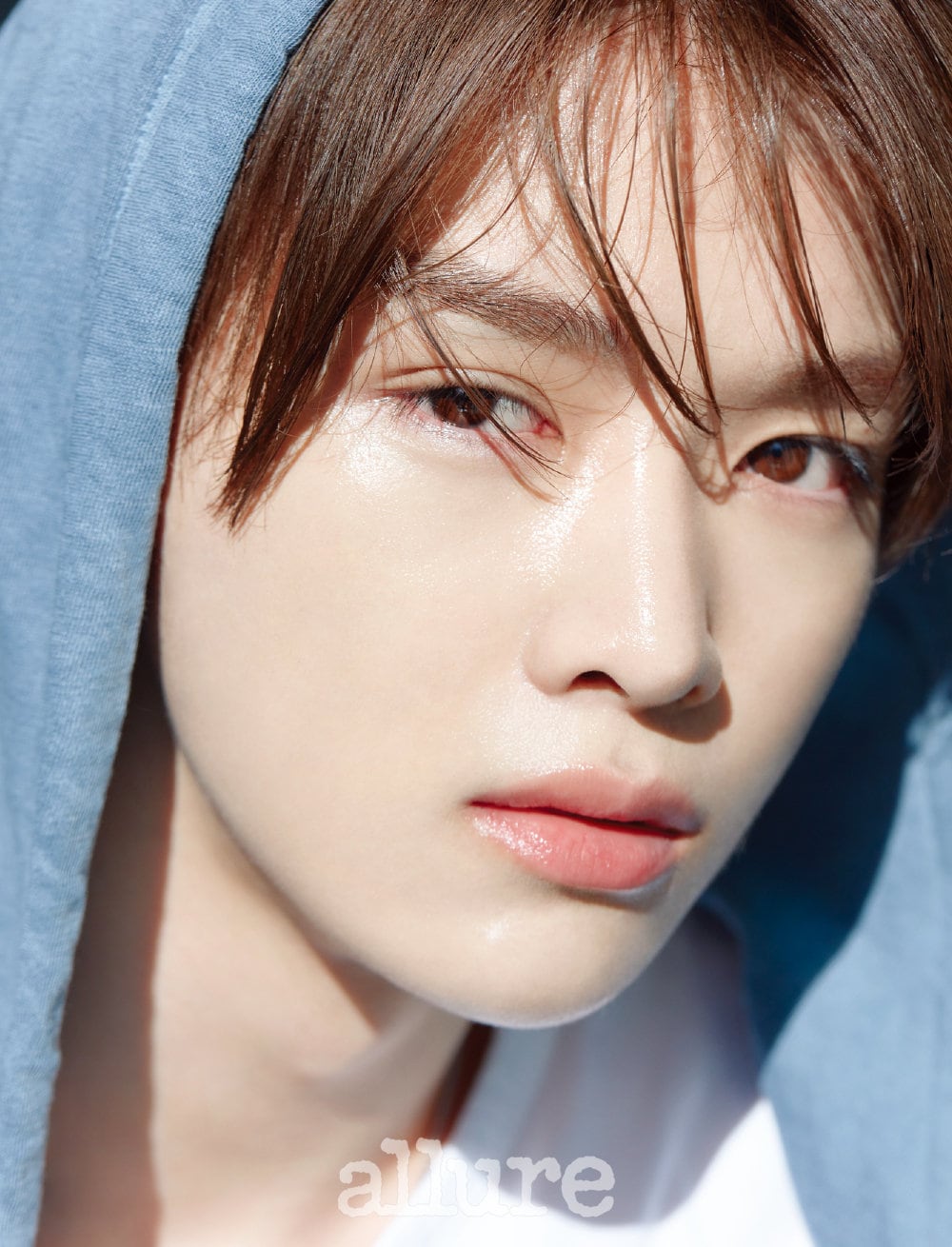 Sungchan talked about listening to NCT tracks while he was a trainee and picked NCT 127’s “Baby Don’t Like It” as his favorite song. He explained, “It’s a song where the rap and vocals are so good, so if you haven’t heard it yet, you have to go listen to it. When I was a trainee, I really liked NCT songs.”

Not too many people are familiar with Sungchan’s pre-debut era and he explained that it was because he had just been so dedicated to his life as a trainee. He shared, “That’s why besides my graduation photo, I have no old pictures.” 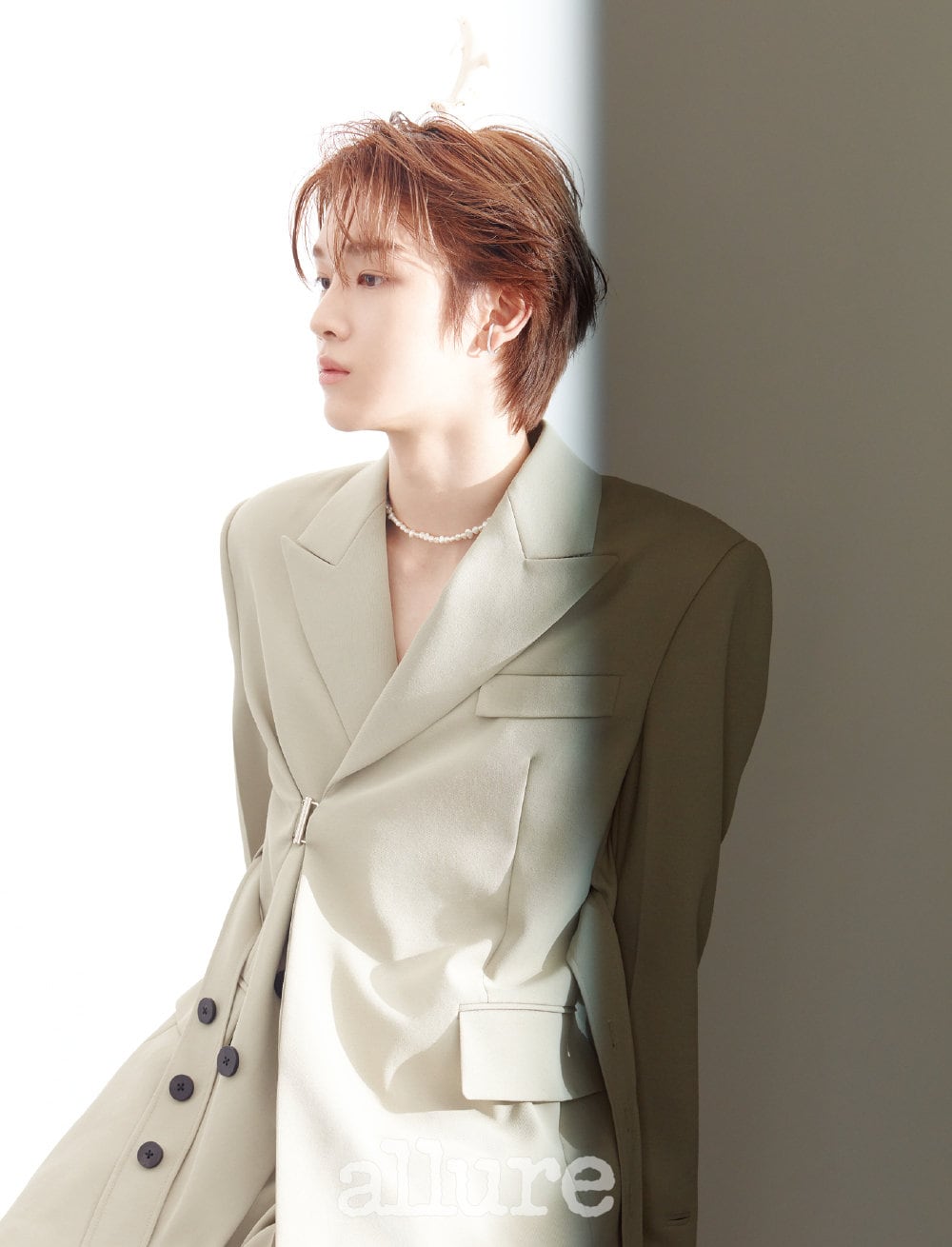 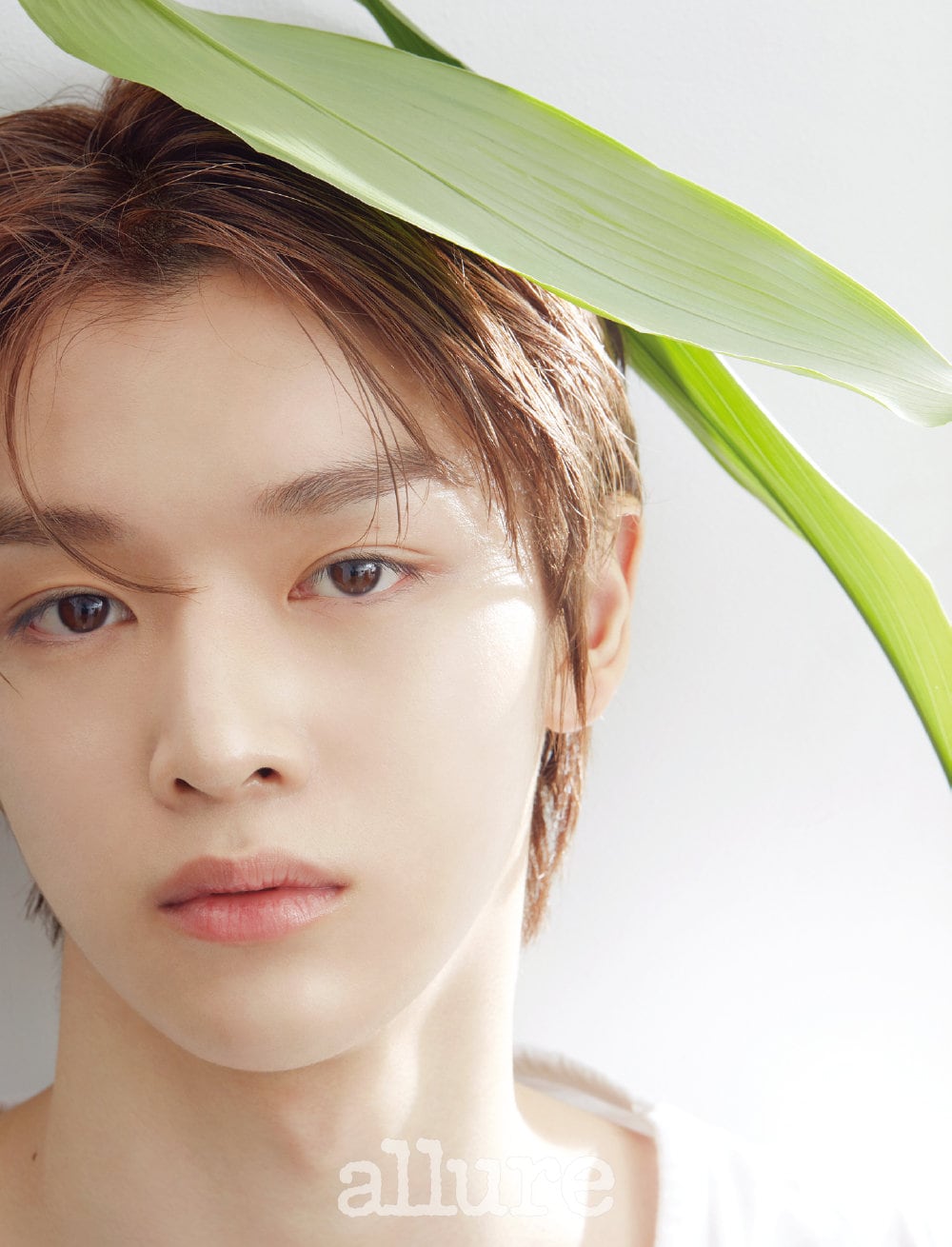 Sungchan also explained how he became a trainee, revealing, “At first, I was cast on the street. I was sure that it wouldn’t work out, but I was cast twice by our agency so I thought that I wanted to try it out once. Even if you get casted, you have to audition, but I thought that my skills were too lacking to do that so I started attending a dance academy. I took another audition and then passed.”

The interviewer later mentioned that Sungchan had described himself as someone who is always evolving and asked what he thinks he has improved the most. Sungchan answered, “When I first entered the agency, I was so lacking, but I think I was able to debut because I worked hard. Up until recently, I mostly focused on rap, but these days I feel really happy when I hear that my singing has improved. I want to consistently improve in all positions. My goal is to become someone who suits the word ‘all-rounder.'”

NCT
Allure
Sungchan
How does this article make you feel?