Set after the establishment of the Joseon dynasty, “Joseon Exorcist” is about the battle with the undead who come back to life after being killed by the royal family. Jang Dong Yoon stars as Prince Chungnyeong, a bookish young man forced to fight to protect Joseon from the evil spirits. Kam Woo Sung stars as King Taejong, a cold-blooded monarch who sets out to control the spirits but secretly harbors a sense of guilt at the blood he shed while helping his father establish Joseon. Park Sung Hoon stars as Prince Yangnyeong, who forms a dangerous contract with the spirits to protect his loved ones.

The new poster features the three main leads King Taejong, Prince Chungnyeong, and Prince Yangnyeong with a fierce and cold gaze. The shadows upon their faces raise tension and reflect their hidden fears and desires. The text on the poster reads, “Exorcise Joseon in which evil spirits have awakened,” raising anticipation for the characters’ fight to save Joseon. 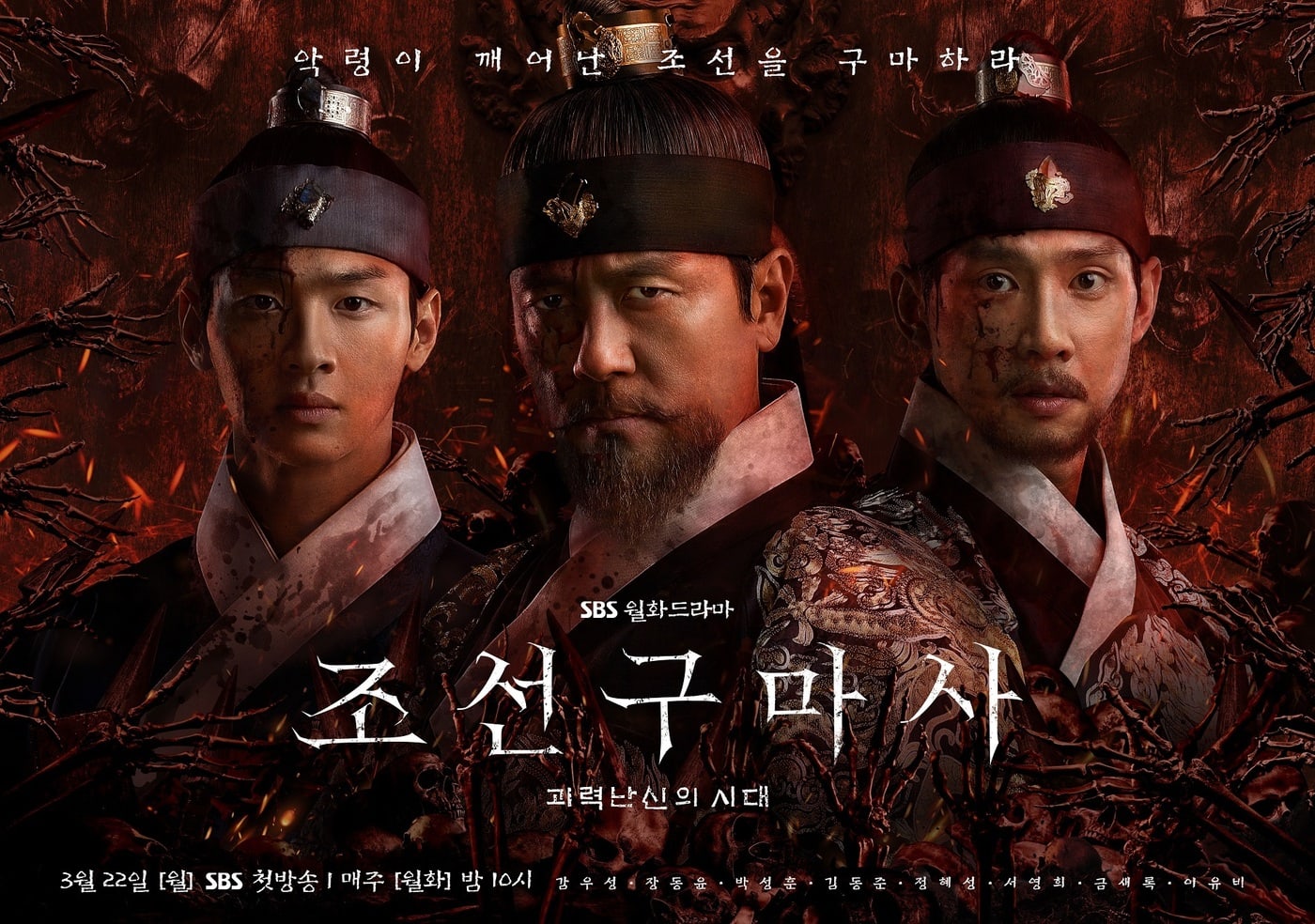 The production team shared, “The new attempt at a Korean exorcism sageuk (Korean historical drama) will showcase an interesting story that’s different from others. Fierce action will be added to the bloody battle with the evil spirits, who have absorbed human greed, and stimulate fear among the viewers. Viewers can look forward to the flawless synergy between Kam Woo Sung, Jang Dong Yoon, and Park Sung Hoon, who have perfectly materialized a creative world that has yet to be seen before.”

Furthermore, the new making-of video depicts the actors hard at work for the poster photo shoot. Kam Woo Sung shares, “This is a shoot where I have to portray the numerous concerns, determination, and resolve I have in the drama with one expression.” Nonetheless, Kam Woo Sung’s charismatic gaze allows him to perfectly portray his role as King Taejong.

Jang Dong Yoon also introduces his character. He shares, “I filmed with the concept that Prince Chungnyeong is hopeful and looks upon the danger Joseon is facing with optimism.”

Park Sung Hoon shares, “I tried to portray Prince Yangnyeong, who rages as he opposes the evil spirits that appear in Joseon. I’ve participated in numerous poster photo shoots, but it’s my first time filming while putting tension in my eyes like today. We filmed briefly, but I think I burned a lot of calories.”