SBS’s “The Penthouse 2” continues to see new heights in popularity every week!

Good Data Corporation has shared its rankings of dramas and cast members that generated the most buzz from February 22 to February 28. The list was compiled from analyzing news articles, blog posts, online communities, videos, and social media posts about dramas that are currently on air or set to air soon.

tvN’s “Vincenzo” also defended it’s No. 2 spot among buzzworthy dramas, and Song Joong Ki ranked No. 4 on the list for actors.

The top 10 dramas that generated the most buzz during the fourth week of February are as follows: 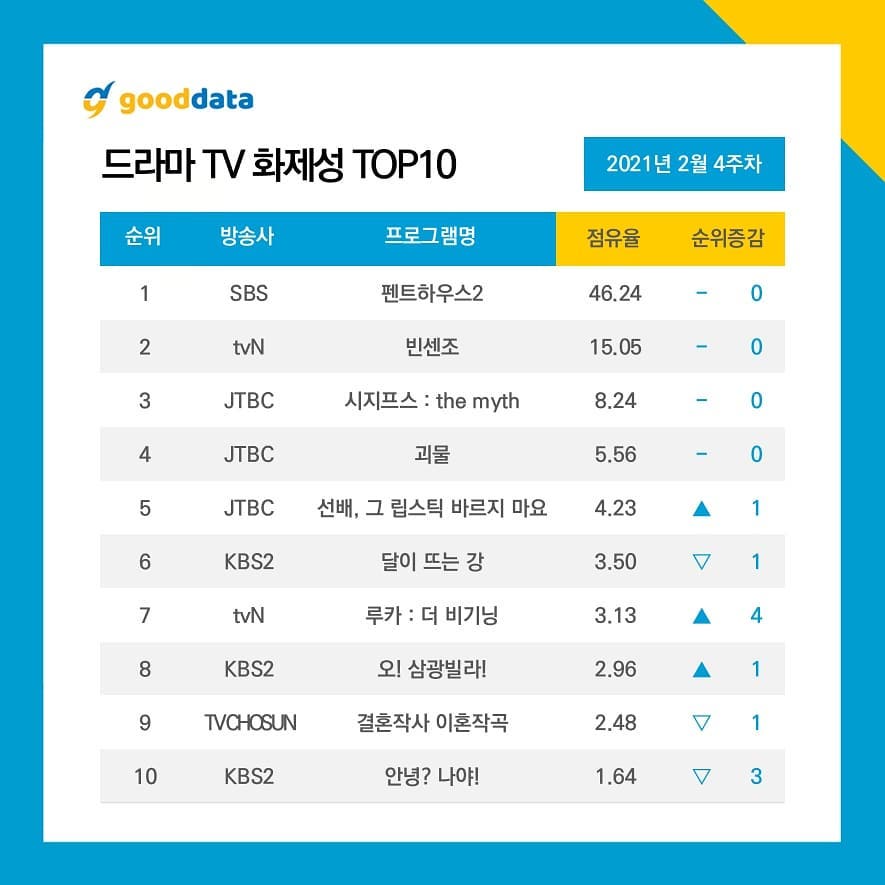 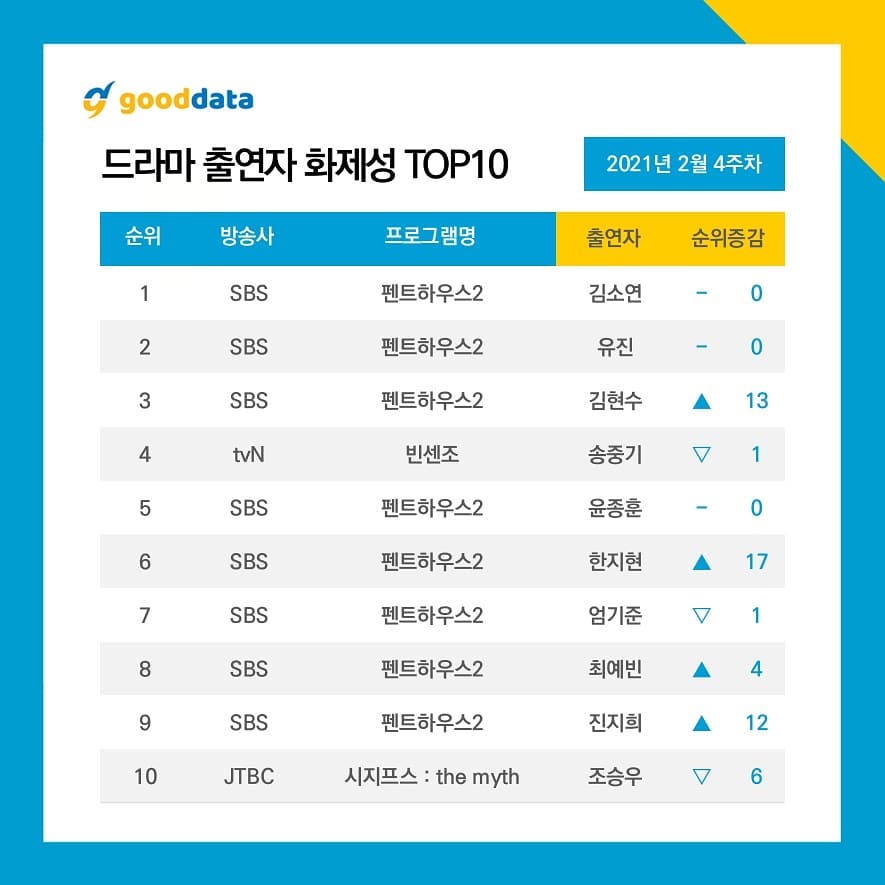