“Law School” is about the students and professors of South Korea’s top law school who get caught up in an unusual case. It will star Kim Myung Min, Ryu Hye Young, Kim Bum, and Lee Jung Eun.

In the drama, Ryu Hye Young will play Kang Sol, a first-year law student who overcame poverty and misfortune in childhood to gain special admission to the law school. She walks a path of thorns due to the constant sense of deprivation and shame compared to the wealth and talent around her, but her passion will teach her the truth about what it means to be a lawyer.

In particular, Kang Sol had a rough childhood and learned that the law was on the side of intelligent people and not the weak or the strong. She is in a position where she has to protect her family, and she managed to get accepted into the law school with her persistence and determination to make law on her side. Kang Sol arrives on campus with high expectations, but harsh and critical professor Yang Jong Hoon (Kim Myung Min) will crush her bed of roses.

In the new stills, Kang Sol attempts to survive law school that is teeming with intelligent students and strict professors. She looks flustered by her assignments and exams, but she doesn’t give up, which hints her indomitable will to achieve her nearly-impossible goal. It will be intriguing to see her growth as she experiences many unexpected difficulties and results in the legal world. 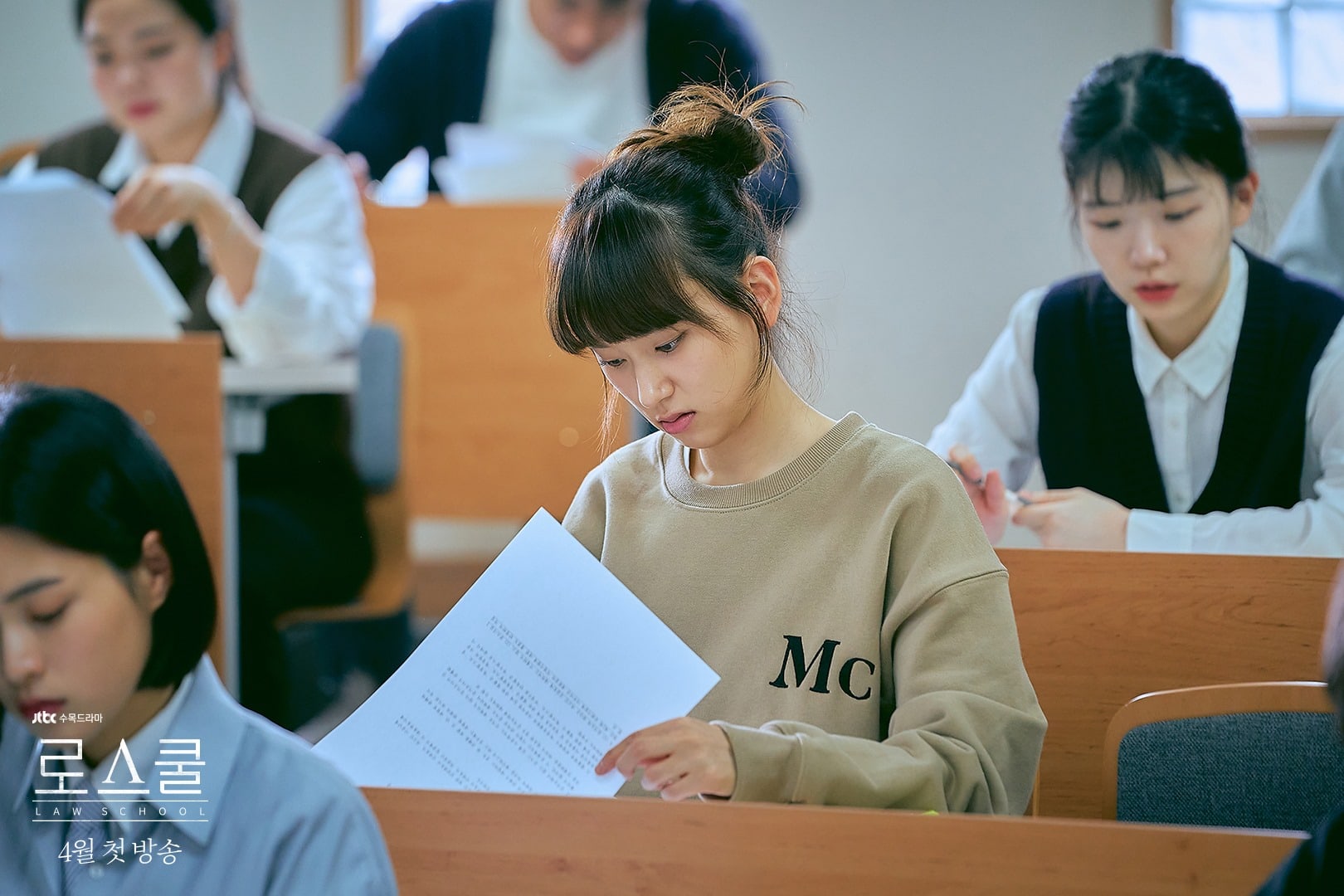 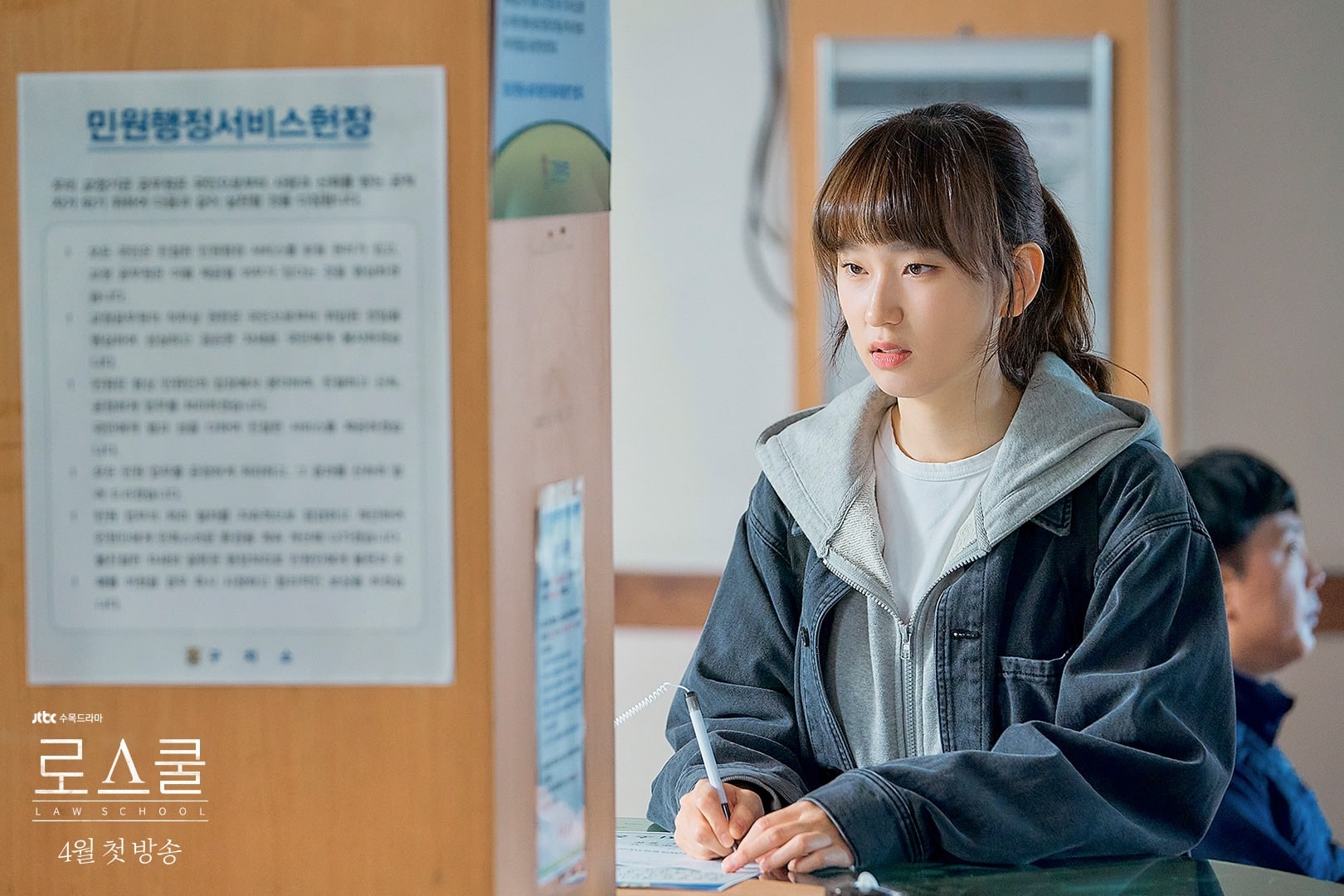 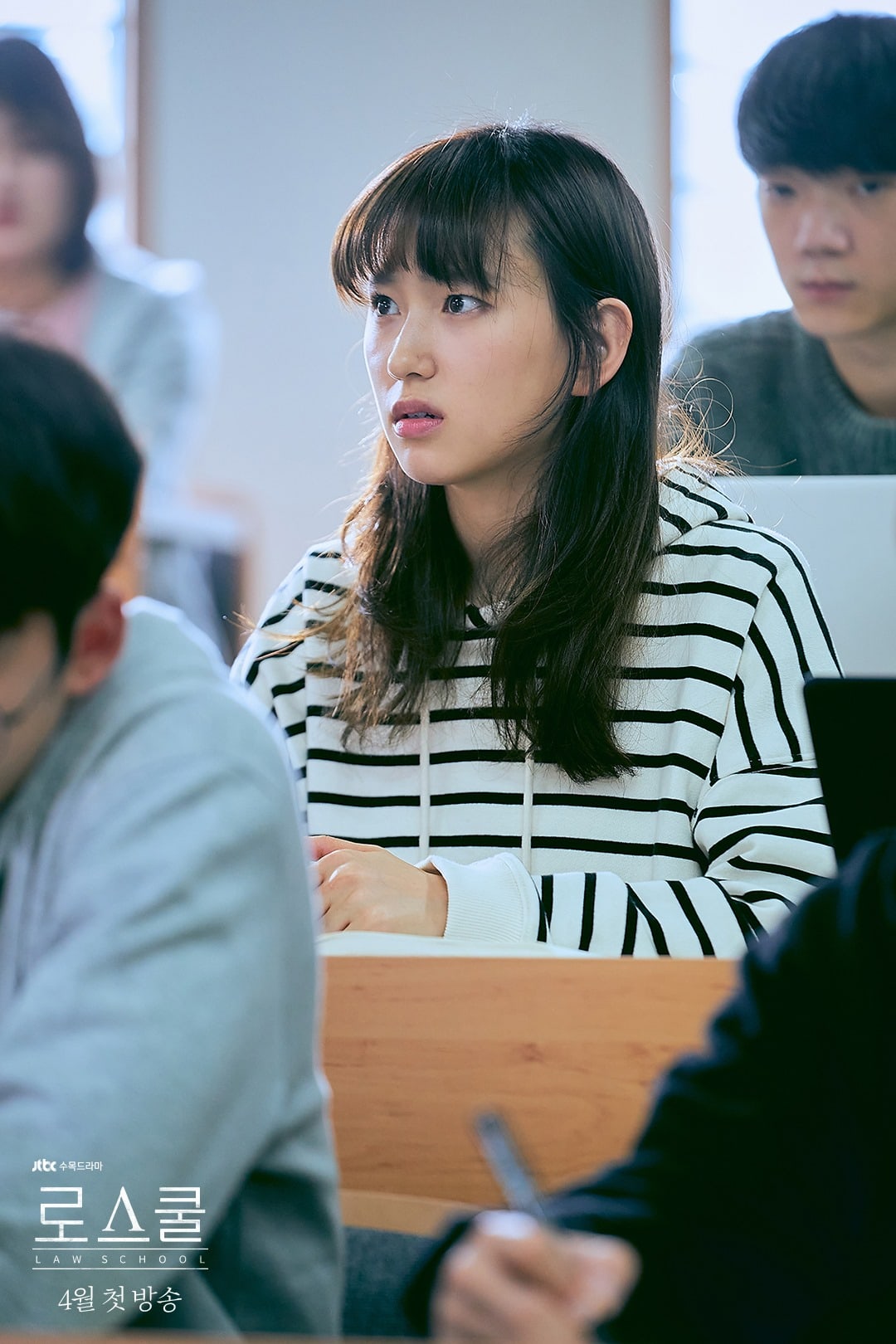 This is Ryu Hye Young’s return to the small screen after two years. She will flawlessly synchronize with her new character Kang Sol and portray the character’s smart and passionate sides. The production team shared, “With her unique grit and lively energy, Ryu Hye Young breathed life into the hard-working character Kang Sol. Please keep an eye on her tearful growth period as she becomes an increasingly good lawyer through ‘problematic professor’ Yang Jong Hoon.”

“Law School” is set to air in April.

Ryu Hye Young
How does this article make you feel?