“Recipe for Youth” is a romantic comedy that is co-produced by Bbangya Networks and Star Story. Kim Heechul stars as Jeon Seong Ki, a dating coach who is a professional at creating scandals, and Moon Ga Young plays Cha Soo Bin, an entertainment reporter who disguises herself as a rookie actress. She pretends to need help on her road to stardom but is actually looking for juicy scoops. However, the process leads to Jeon Seong Ki finding true love. 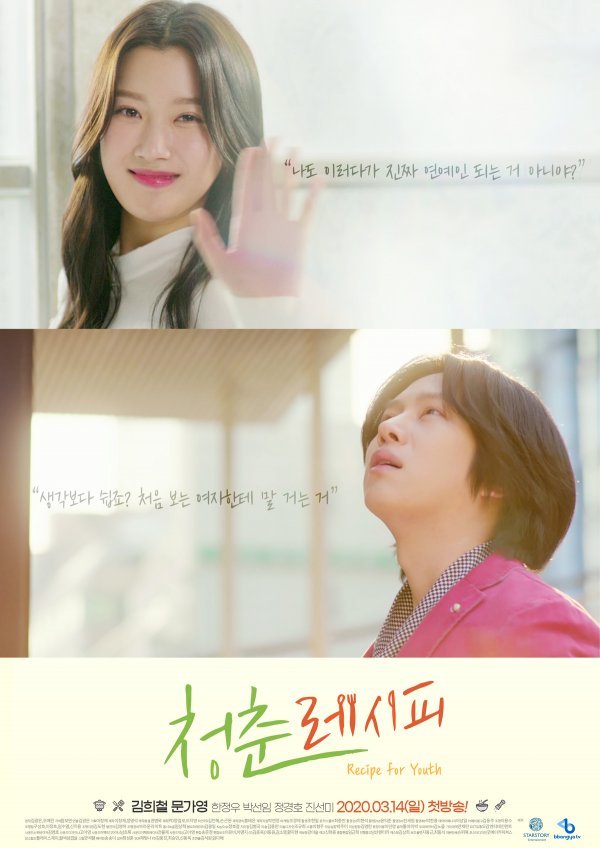 “Recipe for Youth” was filmed a long time ago and was originally set to be released in 2016. Many fans have been waiting for its release, and it has finally been revealed that the drama will officially premiere on March 14 via BbangyaTV. Viewers will have access to all 10 episodes at once if they purchase a viewing ticket.

Fans can look forward to the chemistry between the idol Kim Heechul and “True Beauty” actress Moon Ga Young.

In the meantime, watch “True Beauty” below!