During the show, he opened up about his wife, his three children, and how he feels about his own father after his experience with fatherhood. He shared that his wife used to be a dancer and majored in ballet and that he had met her while she was working in a modern dance troupe.

Kim Soo Mi asked if he had often helped out with childcare while his kids were young. Jang Hyuk replied honestly, “I tried to when I wasn’t filming. But I was almost always filming, so I didn’t get to spend a lot of time with them until recently.” He added, “I take them to soccer and we became more affectionate while sharing conversations together. We became closer through talking together.”

Jang Hyuk shared that his kids had not really known what his job was when they were younger. “All my celebrity friends appear on TV, so they just thought everyone appeared on TV,” he said. “This uncle was on TV, and that uncle was on TV too. But as they grew up, they realized that acting is my profession.”

He was asked if any of his kids showed a talent for acting and he said, “I think my second child has the right kind of energy. If he’s sure that he wants to do it, then I’d be okay with it.” 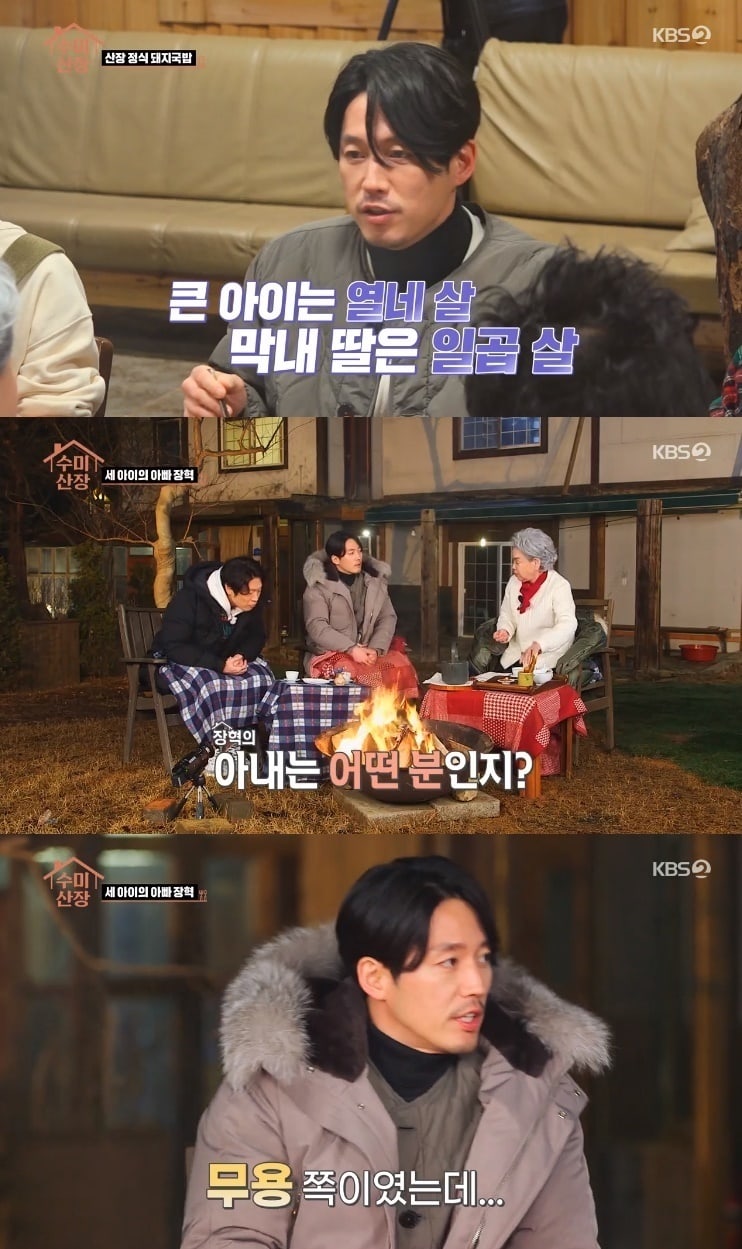 Jang Hyuk also opened up about his own father, who had advised him to give up a career as an athlete and go toward acting instead. He said, “I didn’t become an actor because that was my lifelong dream. I quit being an athlete when I was in my final year of high school and happened to meet a friend in the theater department. I followed them into acting and eventually majored in the film and theater department in university. Then I debuted in a drama.”

He continued, “At the time of the construction boom, my father went into the construction business abroad. I would see him for maybe about a month out of every year. It sort of felt like my father was Santa Claus. During the IMF crisis, he collapsed due to a brain hemorrhage. It was the first time that I realized that he was in charge of our livelihood. As I raise my own children, I often think about my father and about his perspective on fatherhood.”

Check out Jang Hyuk in “Tell Me What You Saw” below!