Lee Jang Woo, Jeon In Hwa, And More Are In A State Of Shock In “Homemade Love Story”

“Homemade Love Story” is about the various stories that take place inside the Samkwang Villa. It is a family drama centered around the villa’s owner, Lee Soon Jung (Jeon In Hwa), who welcomes everyone to her table. Lee Jang Woo stars as a detail-oriented architect named Woo Jae Hee, and Jin Ki Joo co-stars as Lee Bit Chae Woon, who has to shoulder the responsibility of taking care of her family.

The previous episode ended with Park Pil Hong (Uhm Hyo Sup) receiving a threatening call from a former inmate nicknamed Professor Kim. Park Pil Hong sensed his daughter Lee Bit Chae Woon was in danger and hastened to find her. Just as she was crossing the street, Professor Kim raced his car towards her, and Park Pil Hong didn’t think twice about throwing himself in front of the car to save her.

On March 6, the drama released stills that depict Lee Bit Chae Woon’s closest family members at the hospital. Her husband Woo Jae Hee stands there in shock, and her adoptive mother Lee Soon Jung looks pale with nervousness. Her biological mother Kim Jung Won (Hwang Shin Hye) is completely devastated by the accident, and her in-laws Woo Jung Hoo (Jung Bo Suk) and Jung Min Jae (Jin Kyung) are anxiously waiting for any good news. The biggest question here is, who is the victim of the car accident? Is it Lee Bit Chae Woon or Park Pil Hong? 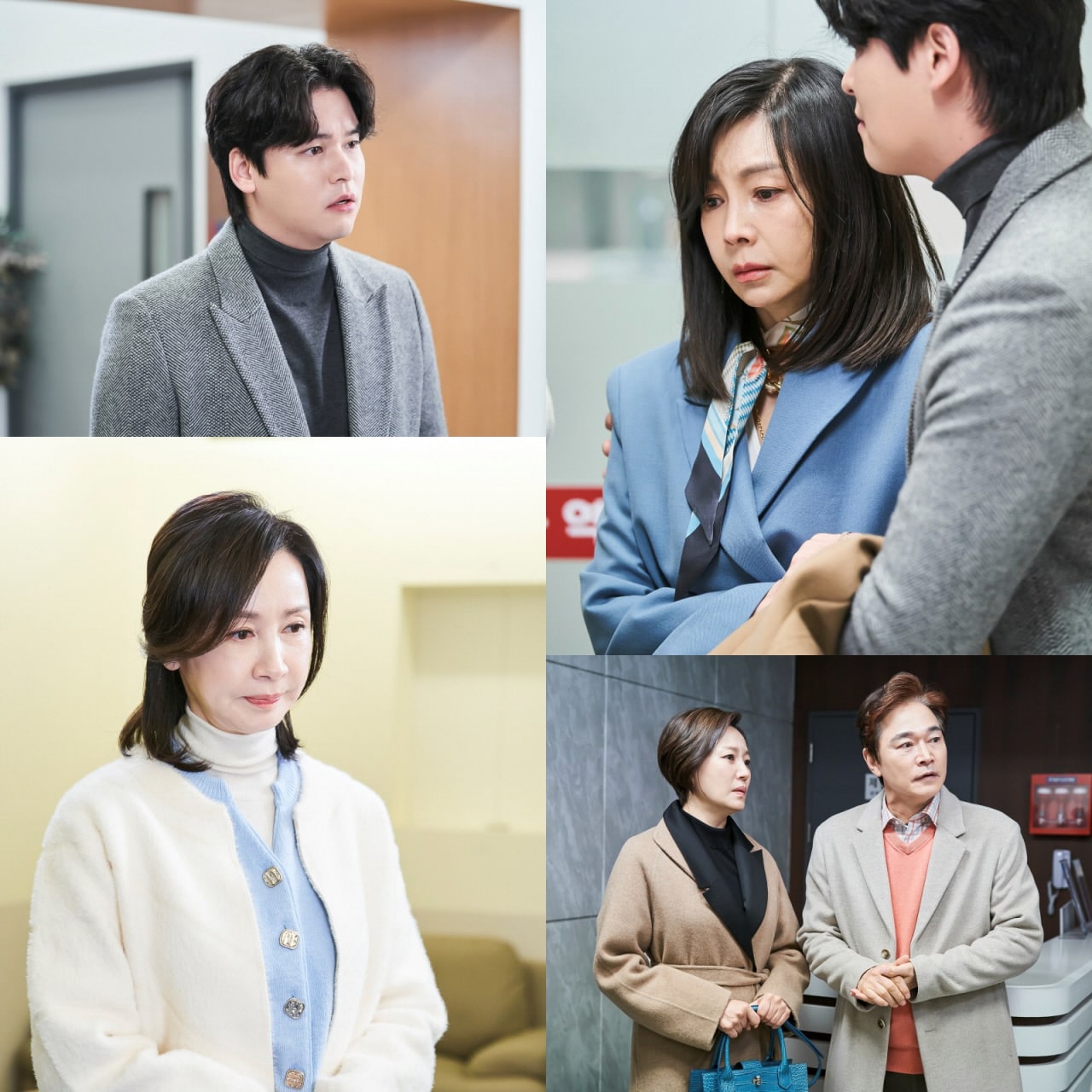 The production team stated, “The victim of the unfortunate traffic accident will be revealed in today’s episode of ‘Homemade Love Story.’ Someone will be in a critical condition, and there will be many unprecedented scenes that viewers will not be able to watch without shedding tears. Please pay attention to the future of the sorrowful father and daughter to see whether they will be able to face each other with smiles at the end of this tragic fate.”