As soon as one mystery is solved, another unfolds in OCN’s “Times”!

In the previous episode, Lee Jin Woo blocked Han Do Kyung (Shim Hyung Tak) from rushing the sit-in site and saved the life of eight people, including Seo Gi Tae, in 2015. In 2020, Seo Jung In was able to confirm that her father had survived the events of the past.

Although Seo Jung In’s life had returned to normal, Lee Jin Woo’s world was shaken up instead. Han Do Kyung dropped a bomb in the form of the truth about his younger brother Lee Geun Woo (Ha Jun)’s death. Lee Jin Woo had put his own life on the line to try and save Seo Gi Tae twice, but it turned out that Seo Gi Tae might have been responsible for Lee Geun Woo’s death. Even though Lee Jin Woo had had suspicions about the circumstances of his brother’s death and had requested a re-inquiry, this was a new suspect whom he had never dreamed of.

His mind in chaos, Lee Jin Woo opted to force a direct confrontation with Seo Gi Tae. He intends to determine the facts not only as Lee Geun Woo’s brother but as a reporter with deep convictions. In a preview for the next episode, he didn’t beat around the bush, asking Seo Gi Tae outright, “Is there something I don’t know about Lee Geun Woo’s death? Someone told me that you had killed him.”

In the stills, the two face off in Seo Gi Tae’s office. Although Seo Gi Tae looks happy at first to see the man who saved his life, Lee Jin Woo remains tense and determined throughout the encounter. As their meeting goes on, the expression on Seo Gi Tae’s face subtly changes. 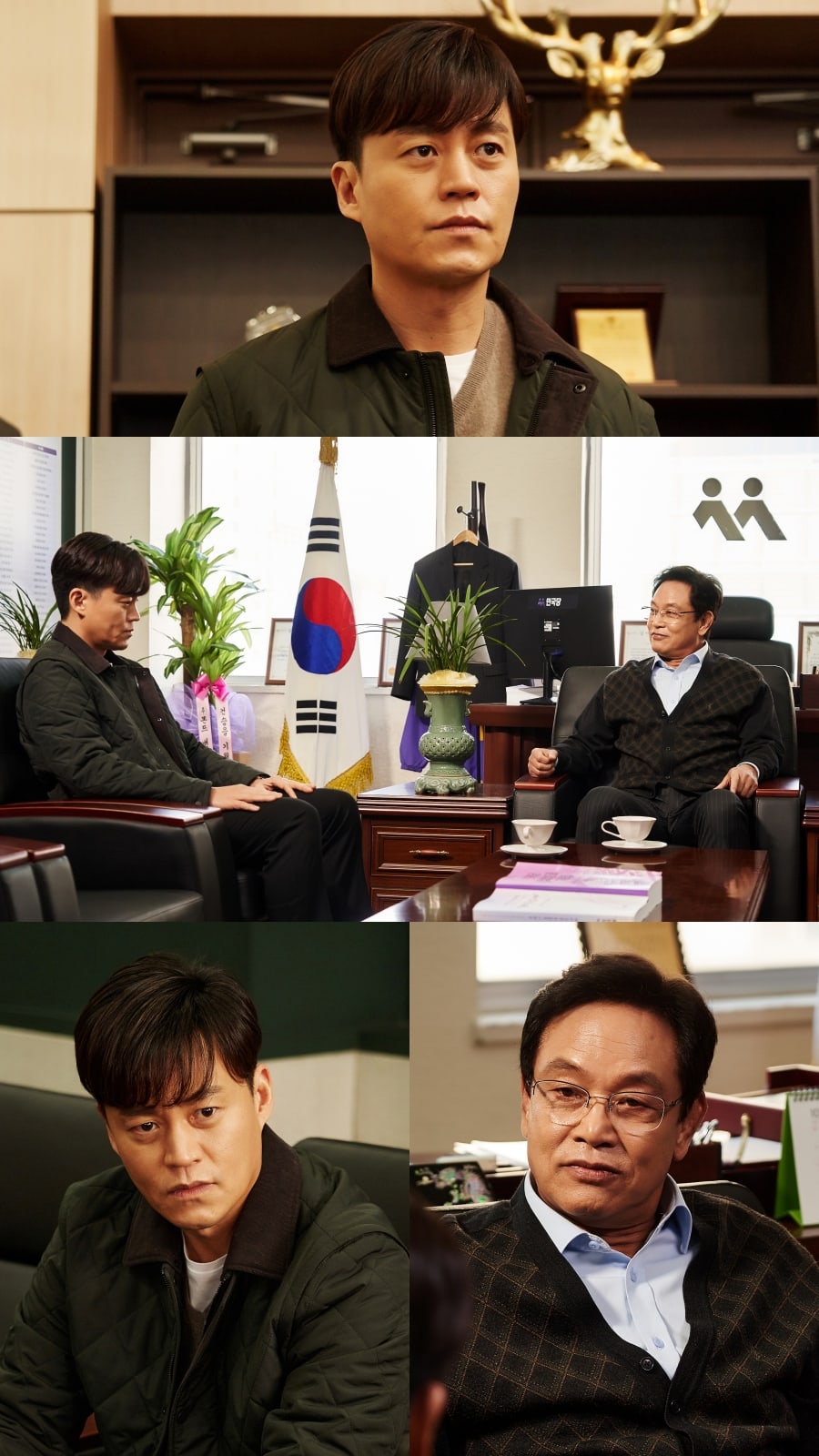 The production staff stated, “After recognizing Lee Jin Woo’s true motive for visiting him, Seo Gi Tae will give him an unexpected answer. After one blocked the other’s assassination attempt, the two men’s lives are now entangled together, but please look forward to seeing how their relationship changes. A new incident related to Lee Geun Woo’s death will shake things up in the upcoming episode. Please tune in to see how Lee Jin Woo uncovers the hidden truth.”

Check out “Times” below!