Sunmi And Hanhae Talk About Their “Real” Friendship On “Amazing Saturday”

Sunmi and Chungha were the guests on the March 6 episode of tvN’s “Amazing Saturday”!

During the show, Sunmi was asked about her ambiguous friendship with Hanhae, a fixed cast member on the show. Hanhae had talked in the past about how he was “real friends” with Sunmi and that they had gotten close while doing a beauty TV show together. He added that he had wanted to invite her as a guest during the show’s periodic “friend” specials. 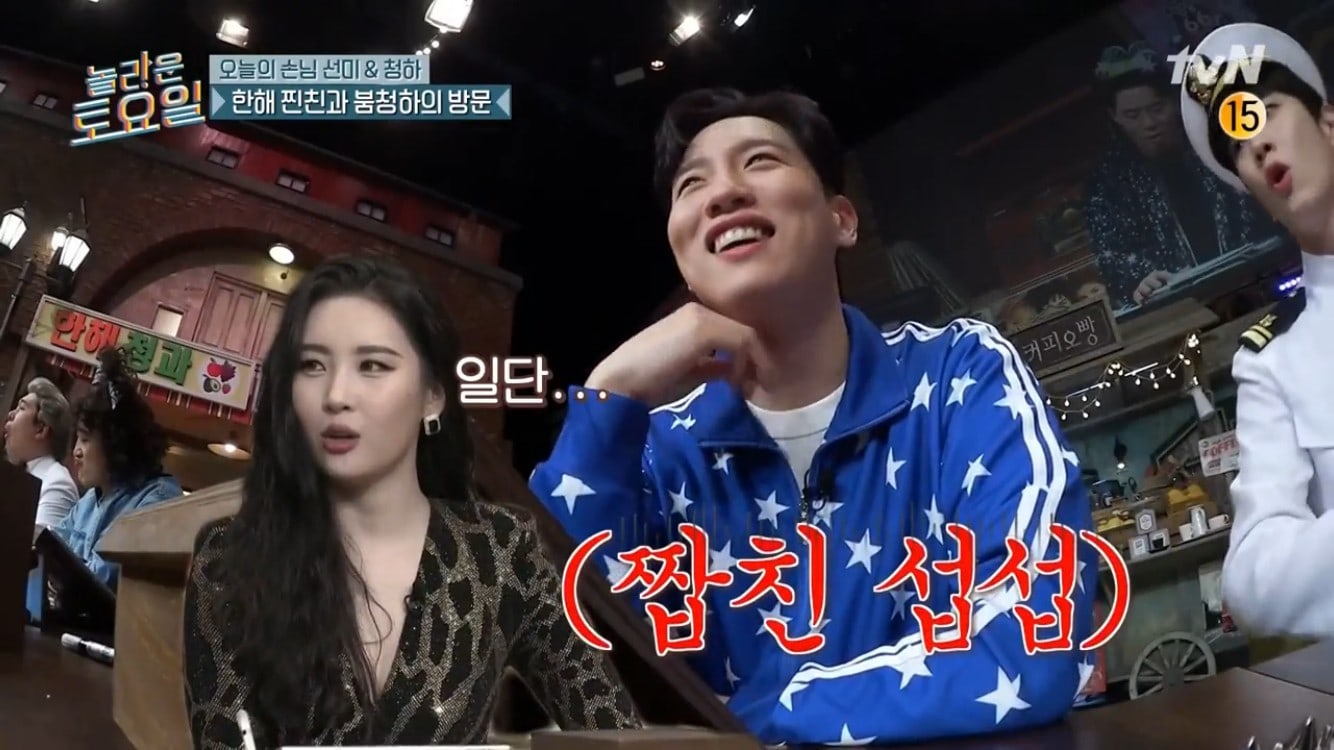 Sunmi hesitated and said, “Well…”, and Park Na Rae chimed in, “It’s obvious from the word ‘well’ that they’re not real friends!”

Sunmi explained, “When my song was on ‘Amazing Saturday,’ Hanhae sent me a clip of the broadcast and a text message. It said, ‘I said that I was your ‘real friend.’ It kind of felt like he got nervous about saying it and wanted to tell me before I could hear from somewhere else.” 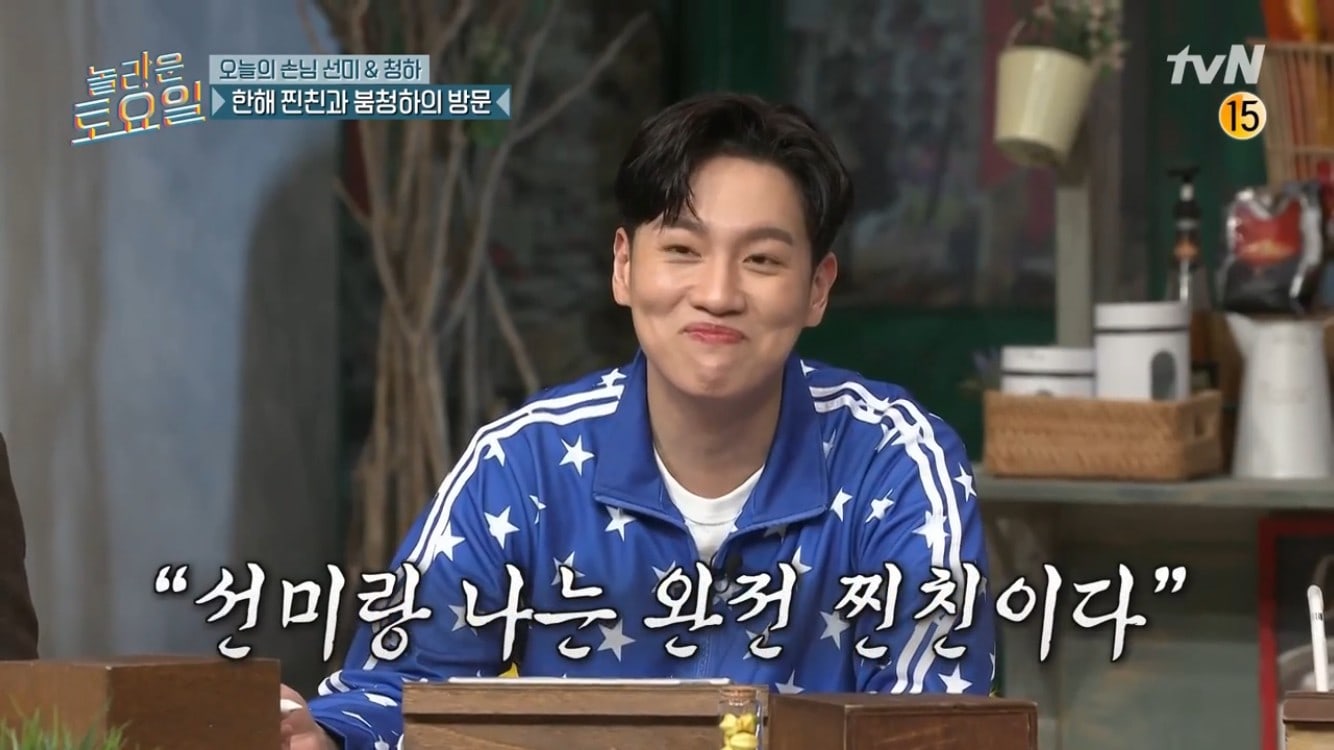 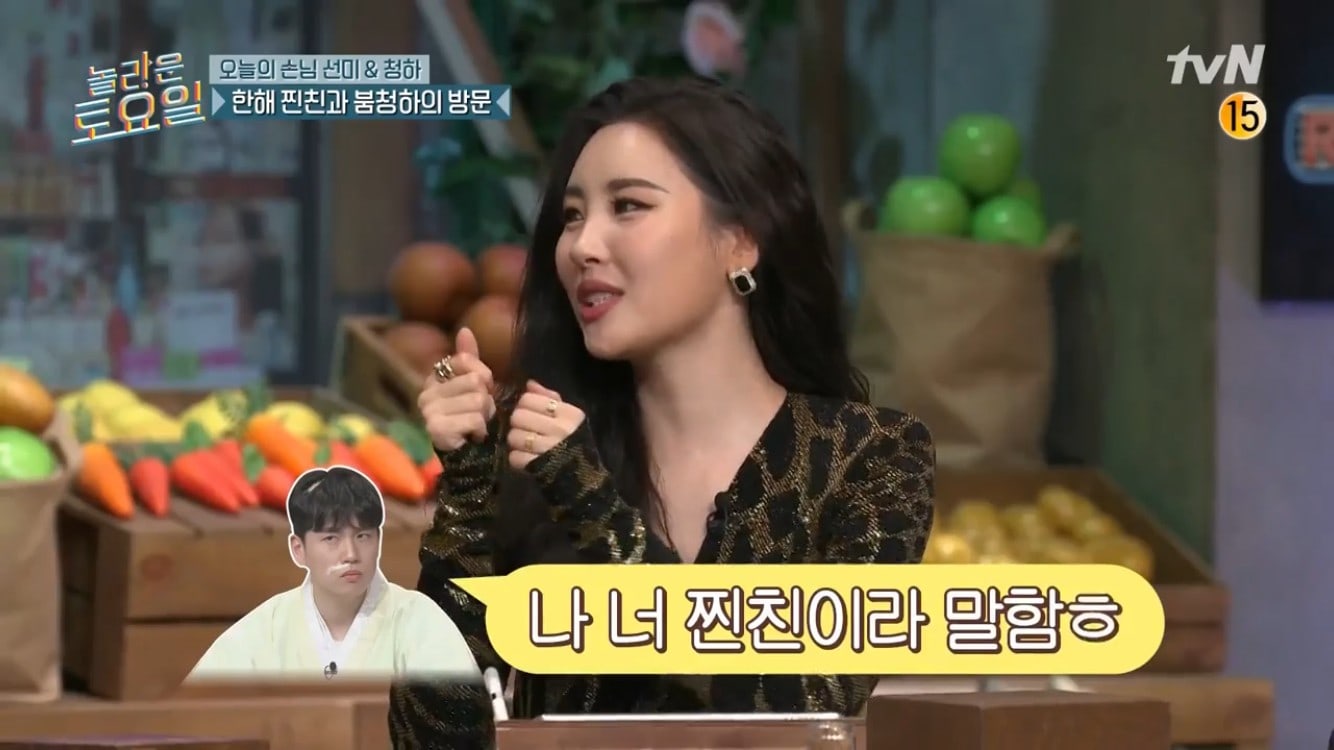 Hanhae said, “I said that I was her real friend, but it felt like it would be embarrassing if we met on set after that, so I just sent her a quick message.” Moon Se Yoon joked, “Can I call Sunmi my ‘real friend’ too now that we’ve met once?”

After the joking was over, Sunmi clarified that she and Hanhae were in fact friends. Later, she added, “Chungha and I have similar personalities. We’re ‘real real’ friends.” 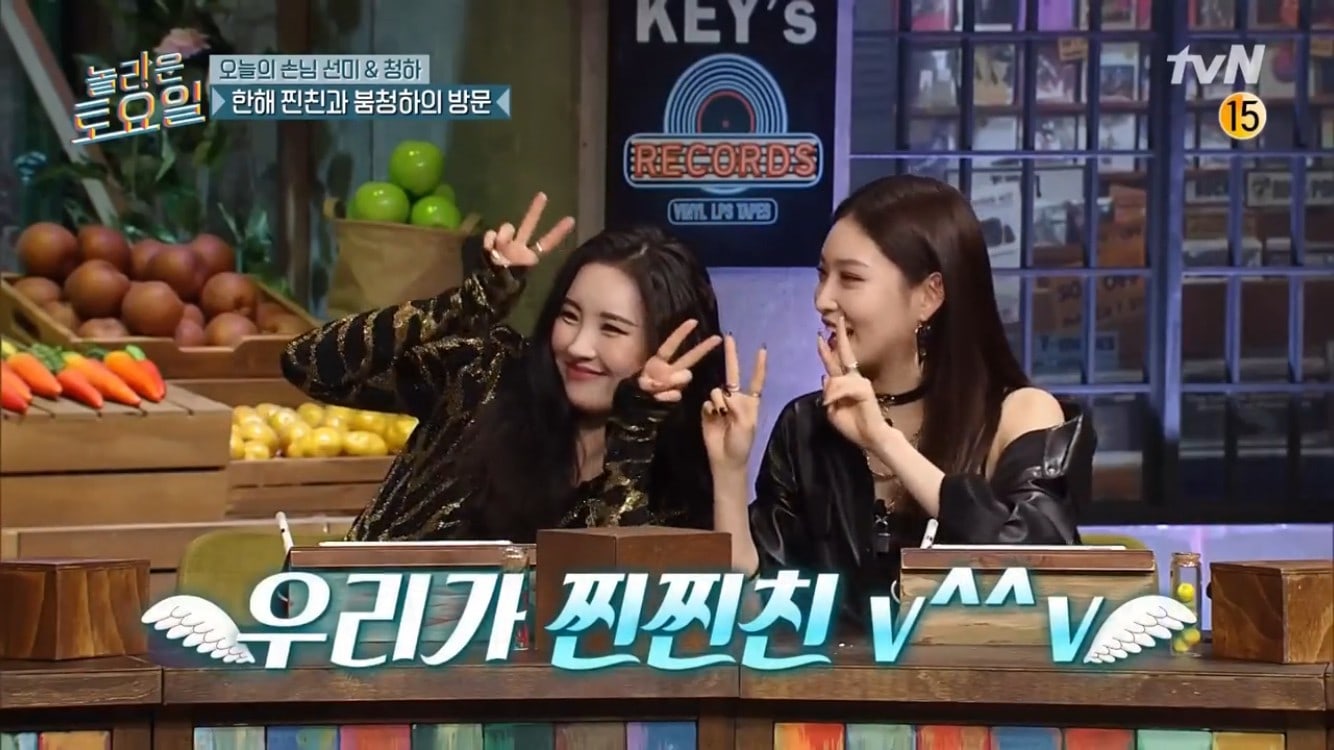 Sunmi
Hanhae
Amazing Saturday
How does this article make you feel?