LOONA’s Chuu And Choerry Open Up About Their Personalities, Future Goals, And More

LOONA’s Chuu and Choerry recently participated in a pictorial and interview for Marie Claire Korea!

When the interviewer expressed their amazement at how Chuu and Choerry never seemed to stop laughing, Choerry explained, “We both tend to be really energetic people. If I were by myself I would have been calmer, but since we’re together, we’re even more full of energy. I’m good at matching other people’s moods, so when there’s someone like Chuu who’s bursting with energy, then I end up following suit.”

The pair also explained how they got their stage names. “My real name is Kim Ji Woo. If you pronounce it really fast it sounds like ‘Chuu,’ so that’s how my name was decided. There’s no separate meaning,” Chuu shared. Choerry’s name was also created in a similar manner. She revealed, “It wasn’t done intentionally, but if you say my real name Choi Ye Rim really fast it sounds like ‘Choerry.'” 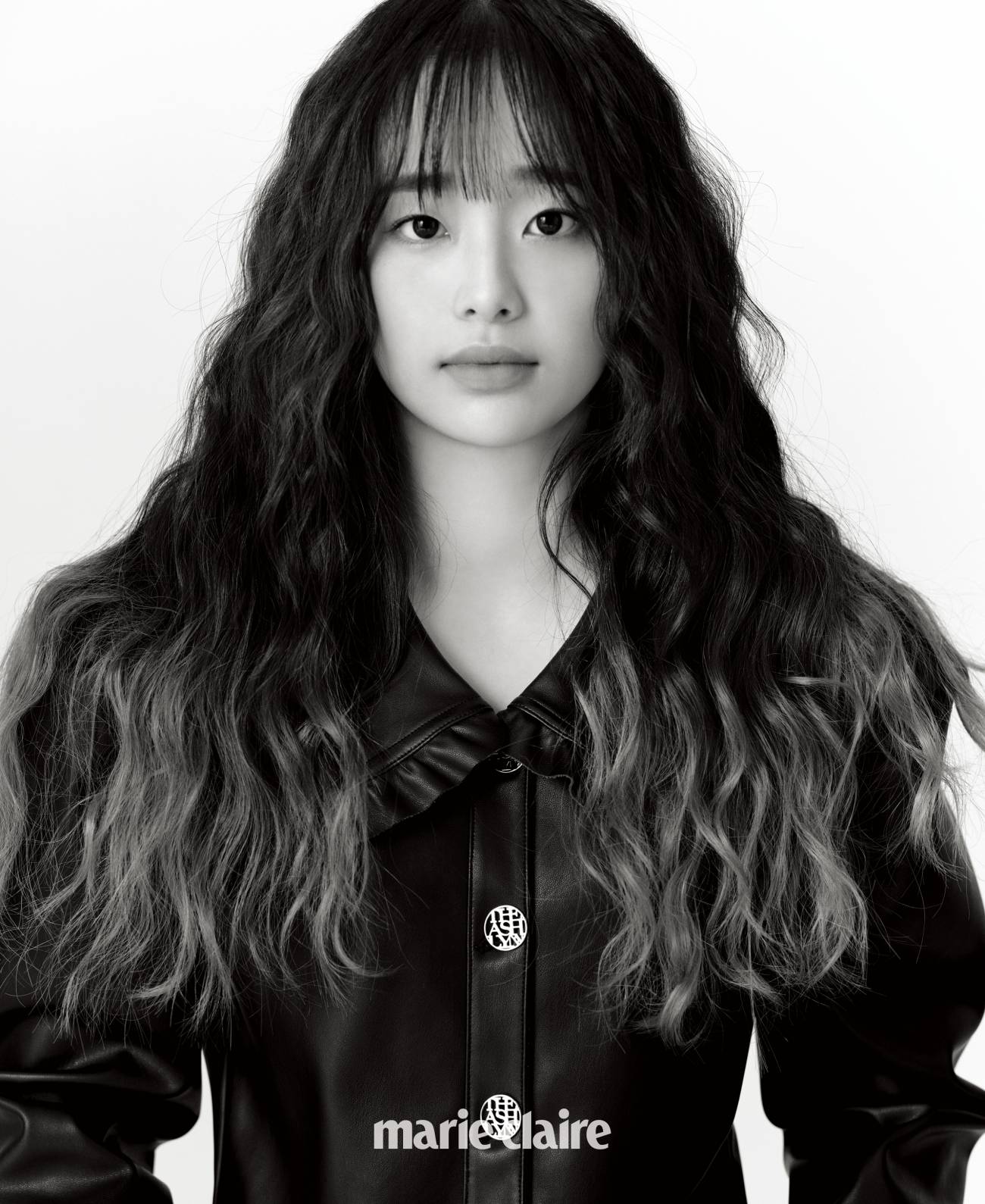 Sharing their thoughts on how their personalities associated with both their stage names and real names differed, Choerry said, “Choi Ye Rim is the oldest daughter and was the class president throughout her middle school years. She has strong leadership skills. However, after debuting as a member of LOONA, I’ve heard people ask if I’m the youngest child or an only child. Maybe it’s because I’ve gained real world experience, but I’ve gotten better at reading the room.” She added with a laugh, “Choi Ye Rim is kind of oblivious.”

Chuu mused, “This might be surprising, but Ji Woo has a brighter personality than Chuu. Her history of brightness beginning from her childhood is quite deep. I’m not quite sure about Chuu yet. Many people see her as someone cute and happy, but that’s not all there is to her. She can be more mature and also have completely different sides to her personality. I’m learning more about myself as I carry out my activities. However, I want to keep my bright personality the same as ever.” 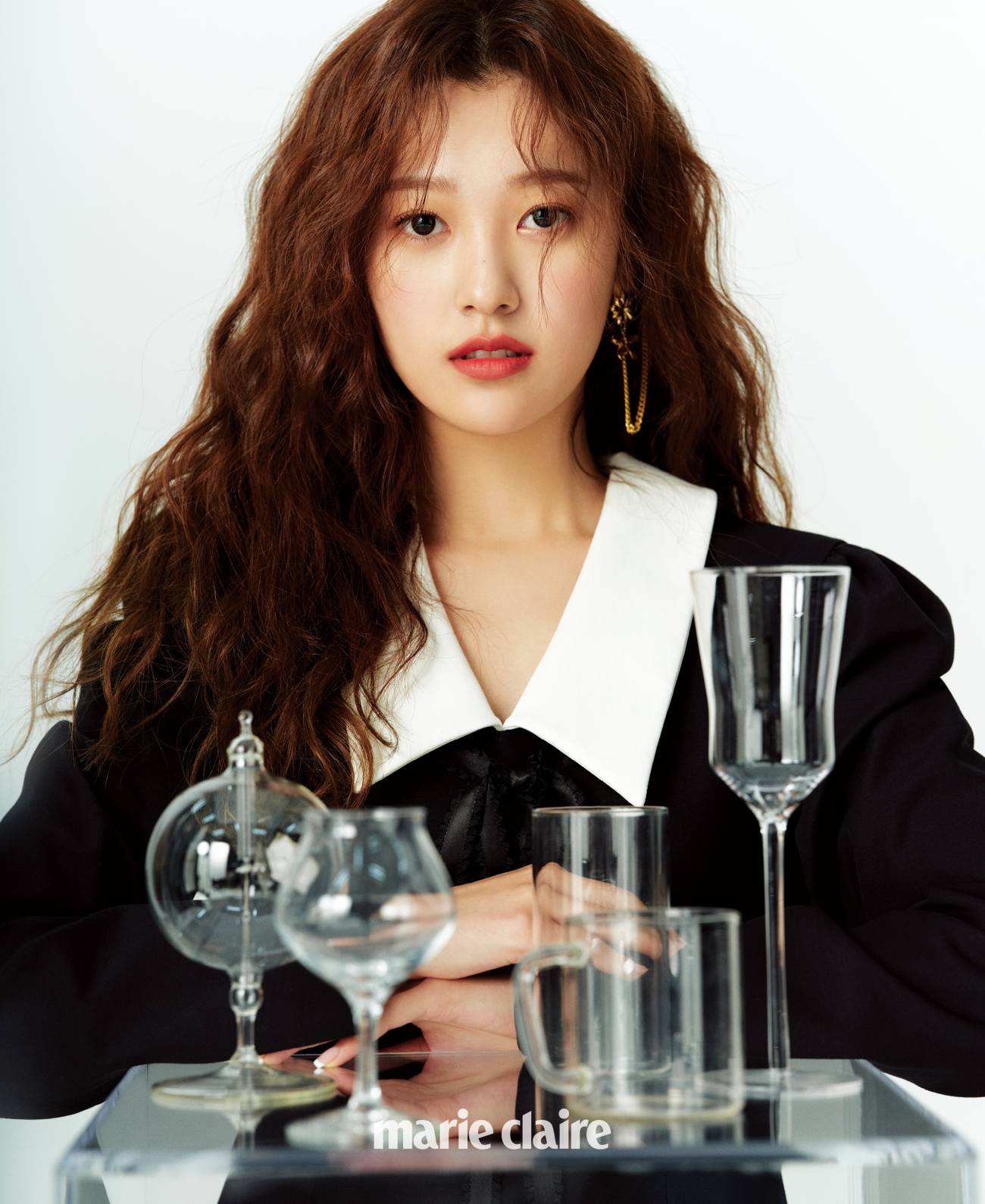 About how they handle the gap between their onstage and offstage personas, Choerry confessed that she feels the most difference in her emotions during concerts. “When I’m singing onstage, I’m happy and I feel like I’m the best in the world, but when it’s over and I walk offstage, I feel relieved but also sad,” she explained. “Thankfully that doesn’t turn into a source of stress or worry. I think that’s one of my strong points. When my good mood suddenly dips, I immediately think about something I like or try to find something to keep control of my emotions. I’m bound to have huge changes in my emotions in this line of work, so I acknowledge that and try to recover quickly.”

Chuu opened up about her own reaction to fluctuations in her mood, saying that the was the type to ignore her negative emotions. She continued, “Since I’m a bright person, I tried to hide the emotions that were opposite of that. However, after taking some time to reflect on myself, my thoughts have changed. Just because I’m a bright person doesn’t mean I don’t have any sadness or anger, so I decided to stop ignoring those emotions. Right now I’m growing more honest about my emotions. Recently I can say my ratio of joy to sadness is about 70 to 30.” 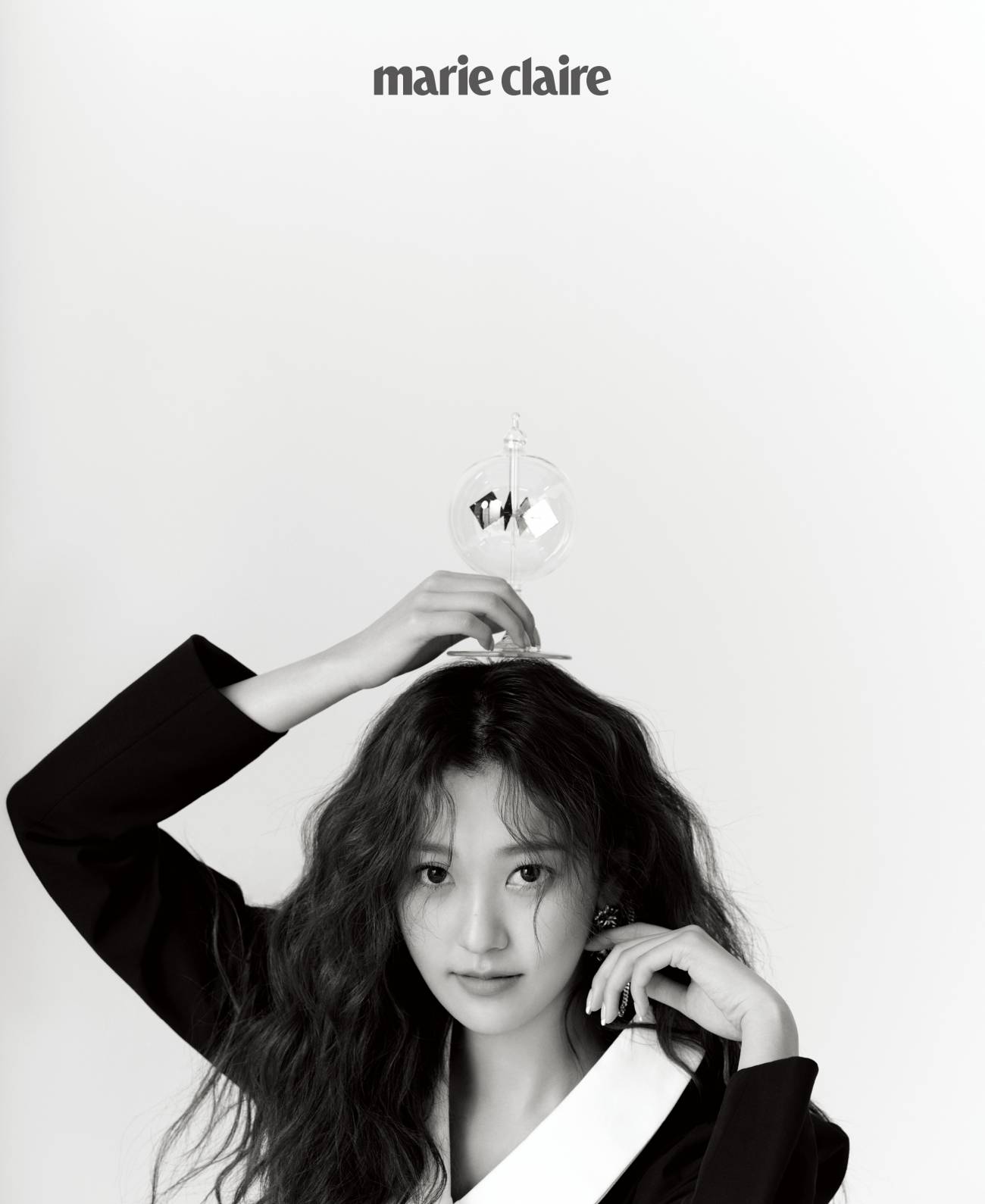 When asked to define LOONA, Chuu answered, “We show everyone a new side of us every time, so I think LOONA can’t be defined. We’re a team that makes you wonder how we’ll change things up next time.” Choerry added, “We attempted a lot of things. Every time we try out a new concept, we enjoy figuring out what people like. In the future our goal is to keep showing everyone different and new things instead of staying within a single field.”

On what new concepts they wanted to try, Choerry referenced Oh My Girl as she expressed her desire to try out a more dreamlike style of music. Chuu also pointed to Oh My Girl’s “SSFWL” as well as Chungha’s “PLAY” as songs that she would like to see LOONA put their own spin on.

LOONA recently made waves when their song “Star” entered Billboard’s Pop Airplay chart, following BLACKPINK to become the second girl group to make an entry on the chart.

Chuu expressed her astonishment at the achievement as she said, “As it was something I’d only ever heard about and something that felt far away, I was even more surprised. I was able to realize the love of our fans who support us even when we can’t meet, and I’m so thankful. Since there’s nothing like an awards ceremony where I can share my thoughts, I really wanted to say that here.”

Choerry added, “I really can’t believe it. I kept asking things like ‘We did?’ or ‘For real?’ It still hasn’t hit me yet.” 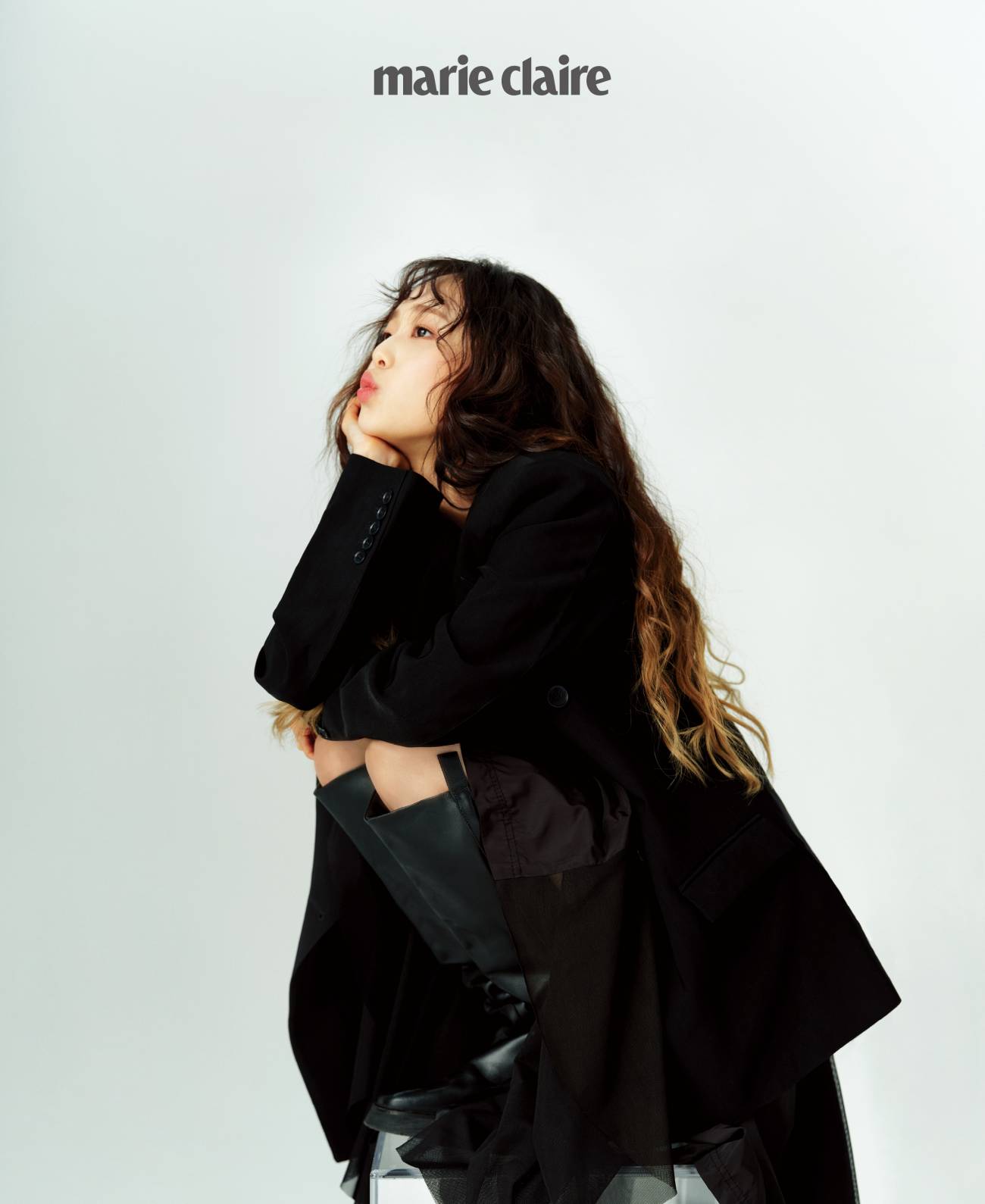 Chuu spoke about her experience at fan sign events, where her cute antics became a hot topic online. “At first I actually felt quite pressured,” she confessed. “I was grateful that LOONA became known through me, but I was also worried. I still feel that way now, but I want to try my best to make all of the members known.”

Chuu nominated HeeJin as the next member she wanted to bring attention to, complimenting her appearance and charming qualities. “There are people who act different to how they look, but HeeJin acts exactly how she looks,” Chuu revealed. “Since she’s more mentally mature than me, I rely on her a lot even though she’s younger than me. There’s also so many things she does well.”

Choerry chose Go Won as the member she wanted to highlight, saying, “You know how there are people who look small and weak but they’re actually strong and have firm opinions? That’s what Go Won is like. When I’m with her, I become resolute and strong. She’s an admirable person.”

To conclude the interview, Choerry and Chuu shared their goals for both LOONA and themselves. Choerry said, “I want to be acknowledged as LOONA and as Choerry. I also want us to be a group that gives people a lot to talk about whenever we come to mind. It won’t be easy, but that’s the goal I want to work towards.”

Chuu commented, “I want us all to do well and reach the point where we can say, ‘This is good enough.’ I’m hoping for the day when I can say to myself, ‘You did a good job.'” 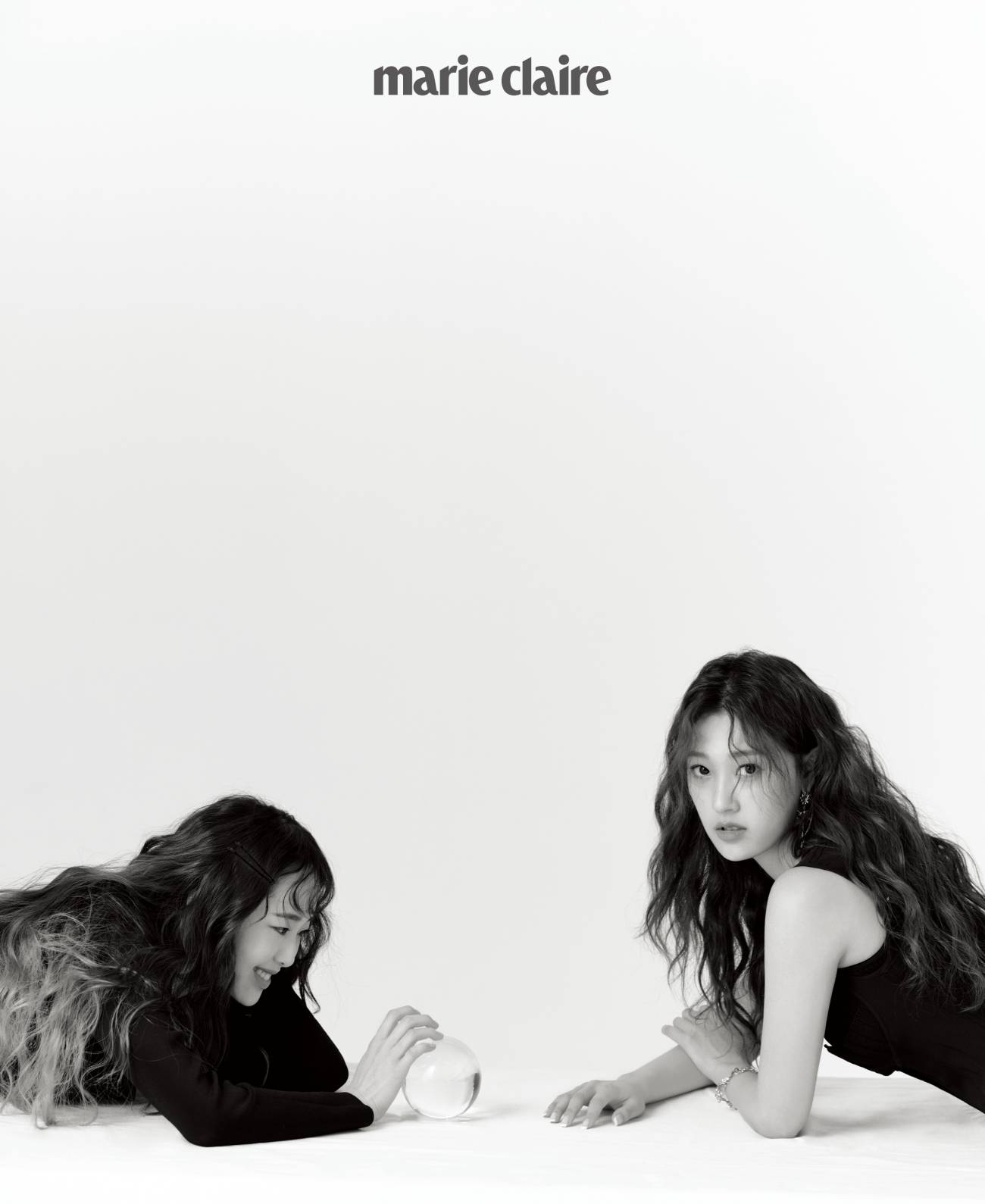 Marie Claire
LOONA
Choerry
Chuu
How does this article make you feel?