“Vincenzo” stars Song Joong Ki as Vincenzo Cassano, an Italian lawyer and Mafia consigliere who is of Korean descent, but was adopted by an Italian family at a young age. When he moves back to Korea due to a conflict within his organization, he winds up crossing paths with sharp-tongued layer Hong Cha Young (Jeon Yeo Bin) and her intern Jang Joon Woo (2PM’s Taecyeon). Together, they join forces in using villainous methods to take down villains who cannot be punished by the court of law.

New stills preview the tense atmosphere inside the courtroom, where the tenants of Geumga Plaza sit watching the proceedings with varying expressions of excitement and anticipation. Hong Cha Young carries herself with the air of a professional, her serious gaze proving she means business. Vincenzo looks on with crossed arms as he observes the situation with sharp eyes. 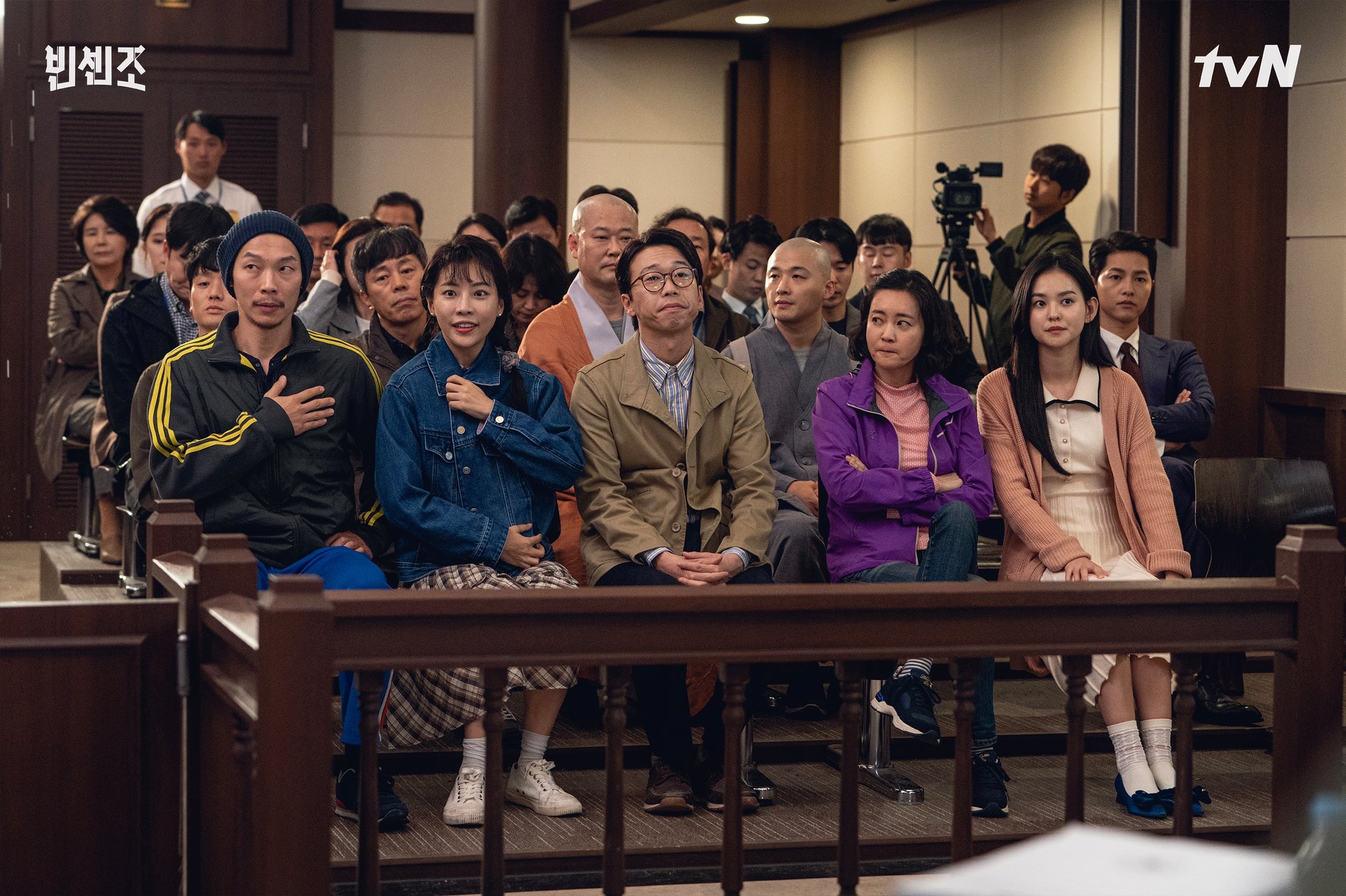 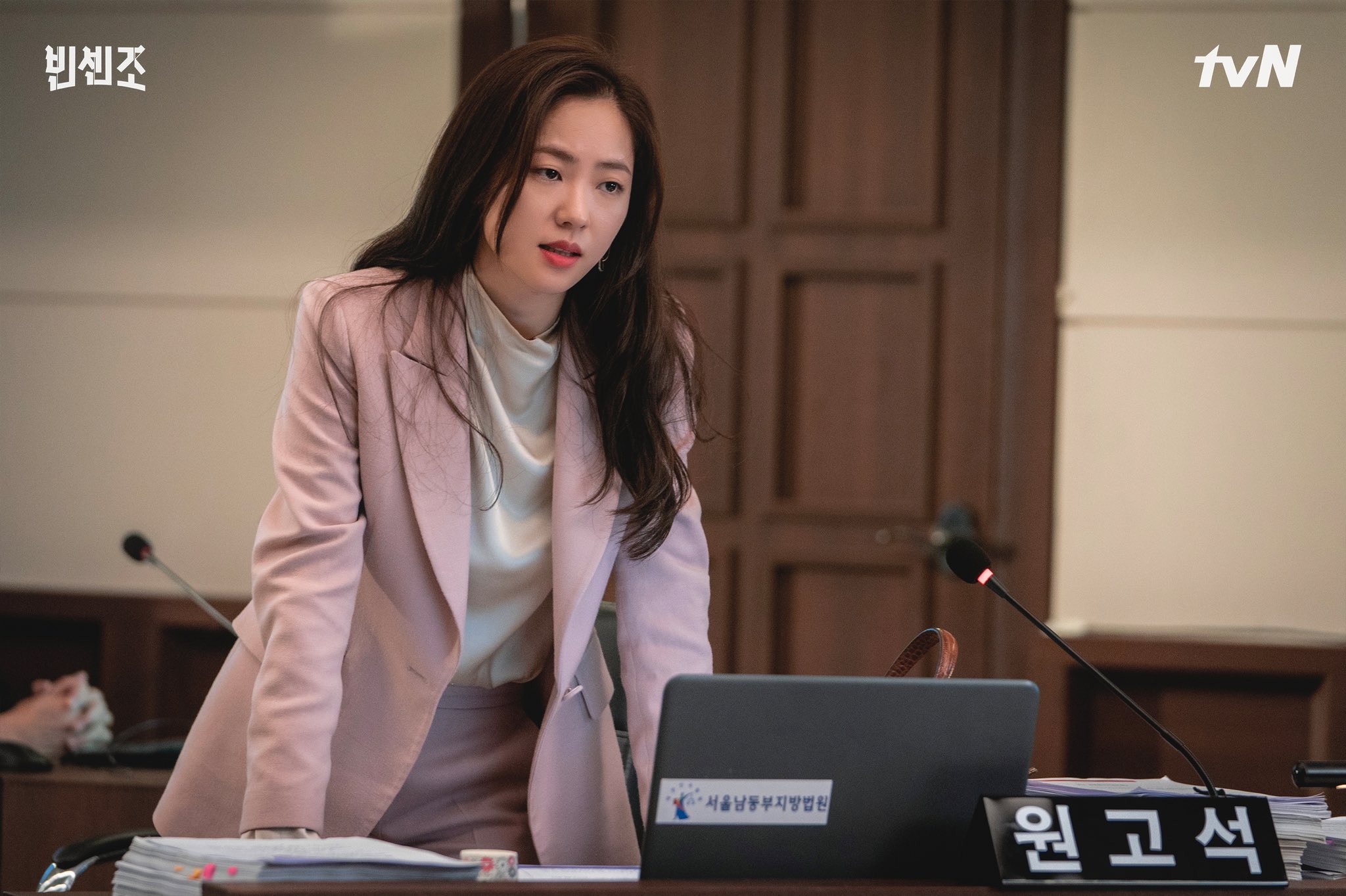 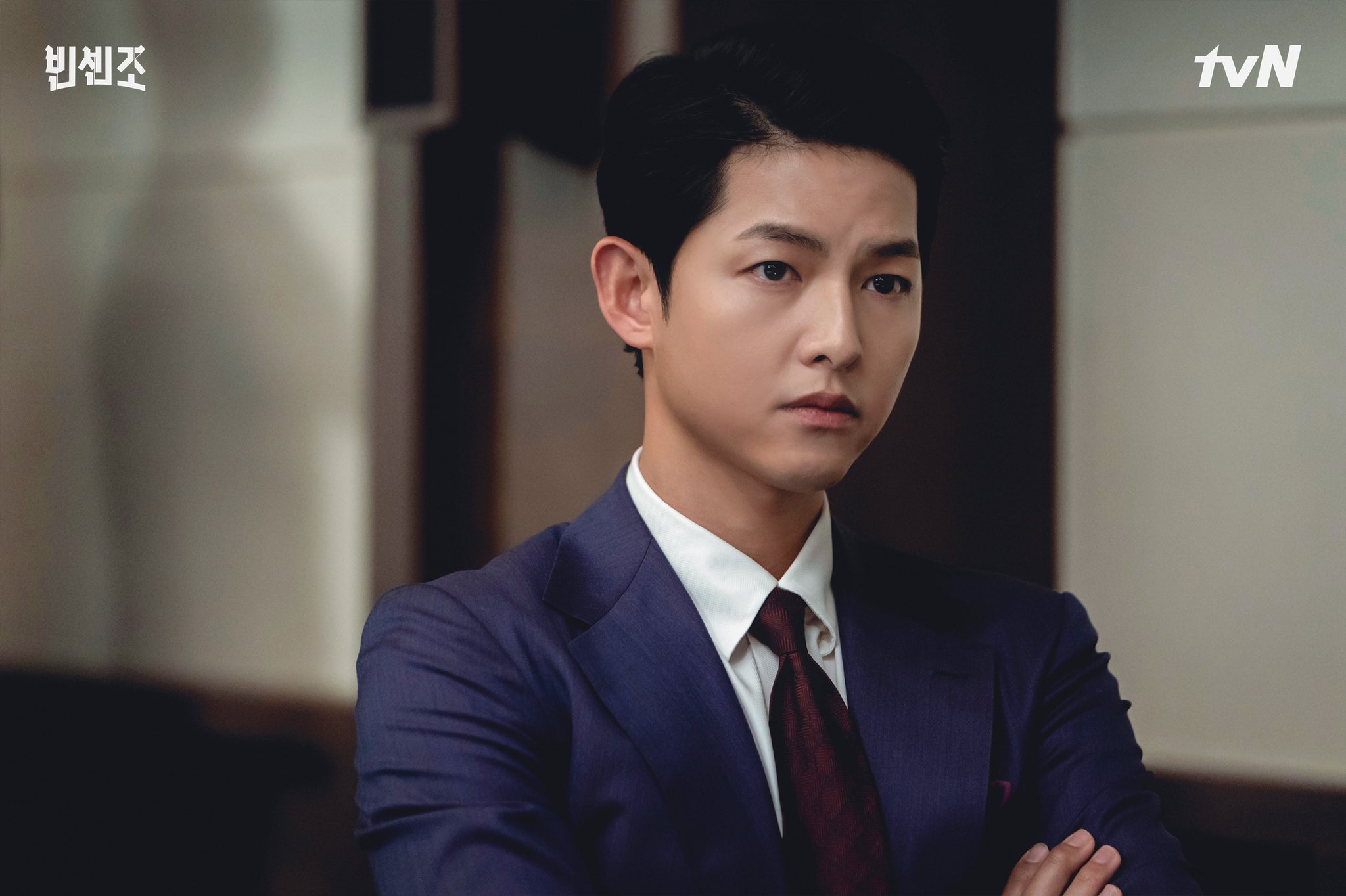 Choi Myung Hee (Kim Yeo Jin) stands up to plead her case, speaking earnestly as the true chairman of Babel Pharmaceuticals Jang Joon Woo sits unassumingly at the dock. Viewers are looking forward to the actions of Hong Cha Young and Choi Myung Hee, two women who will do whatever it takes to win the case. 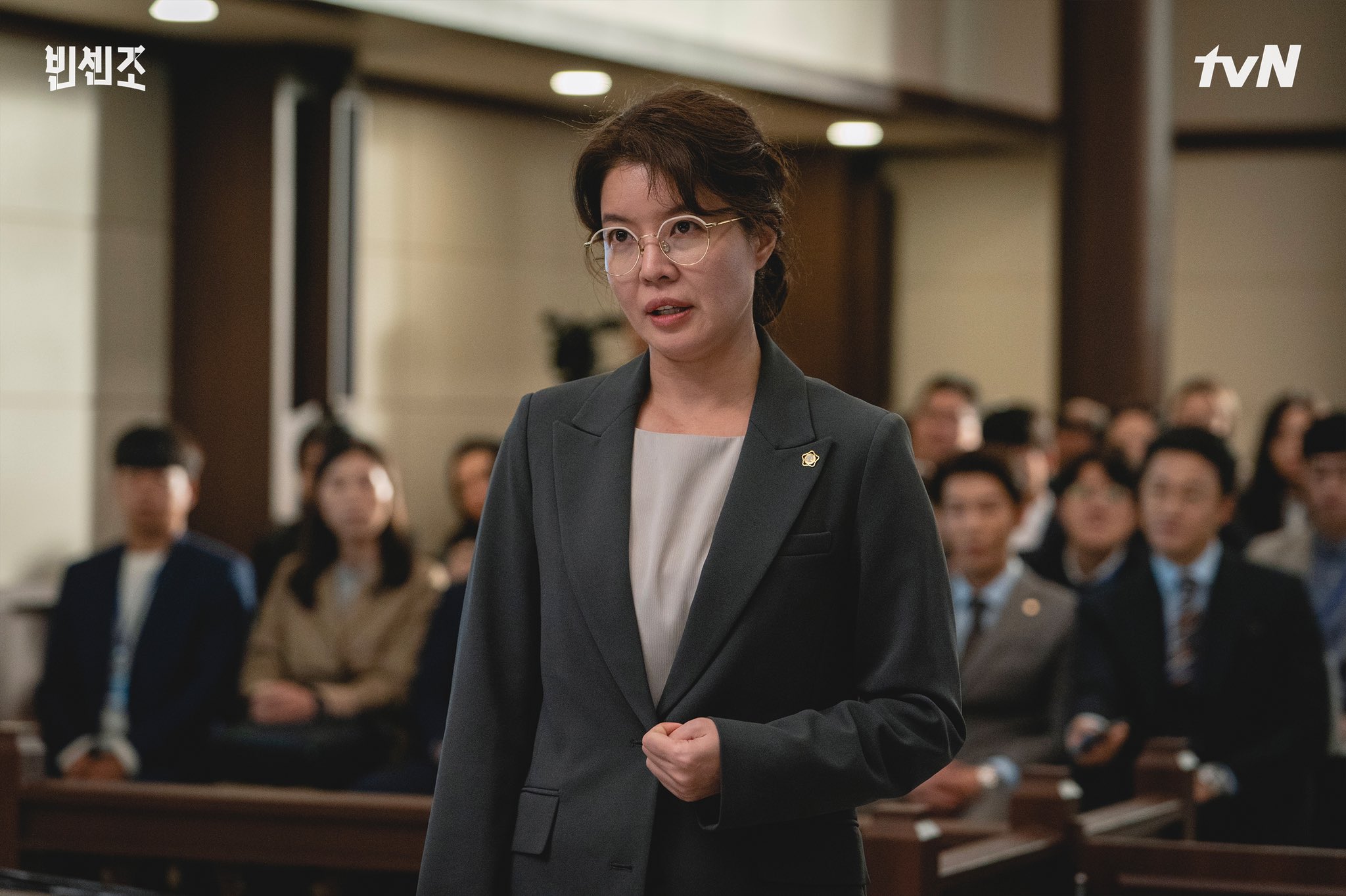 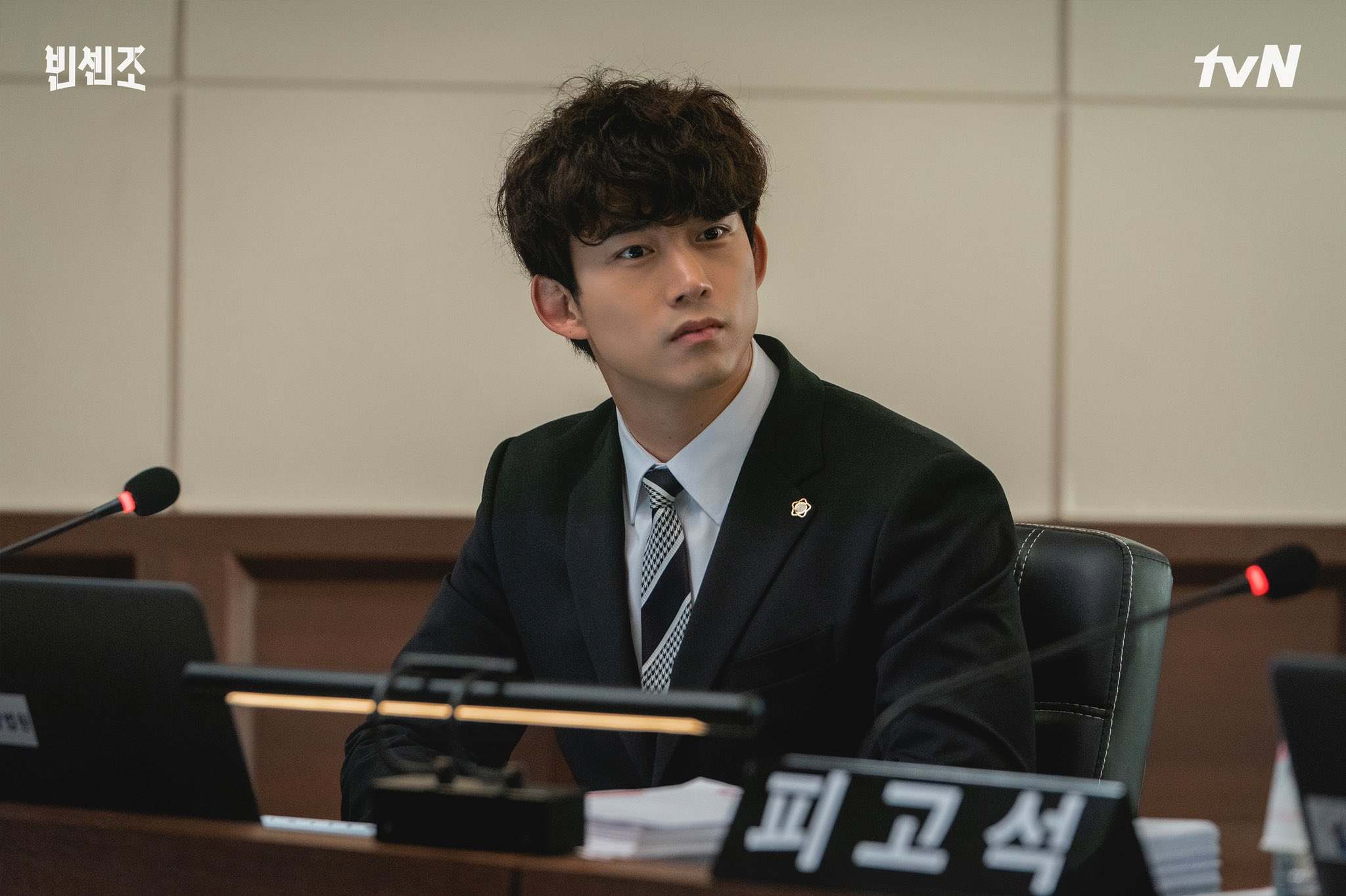 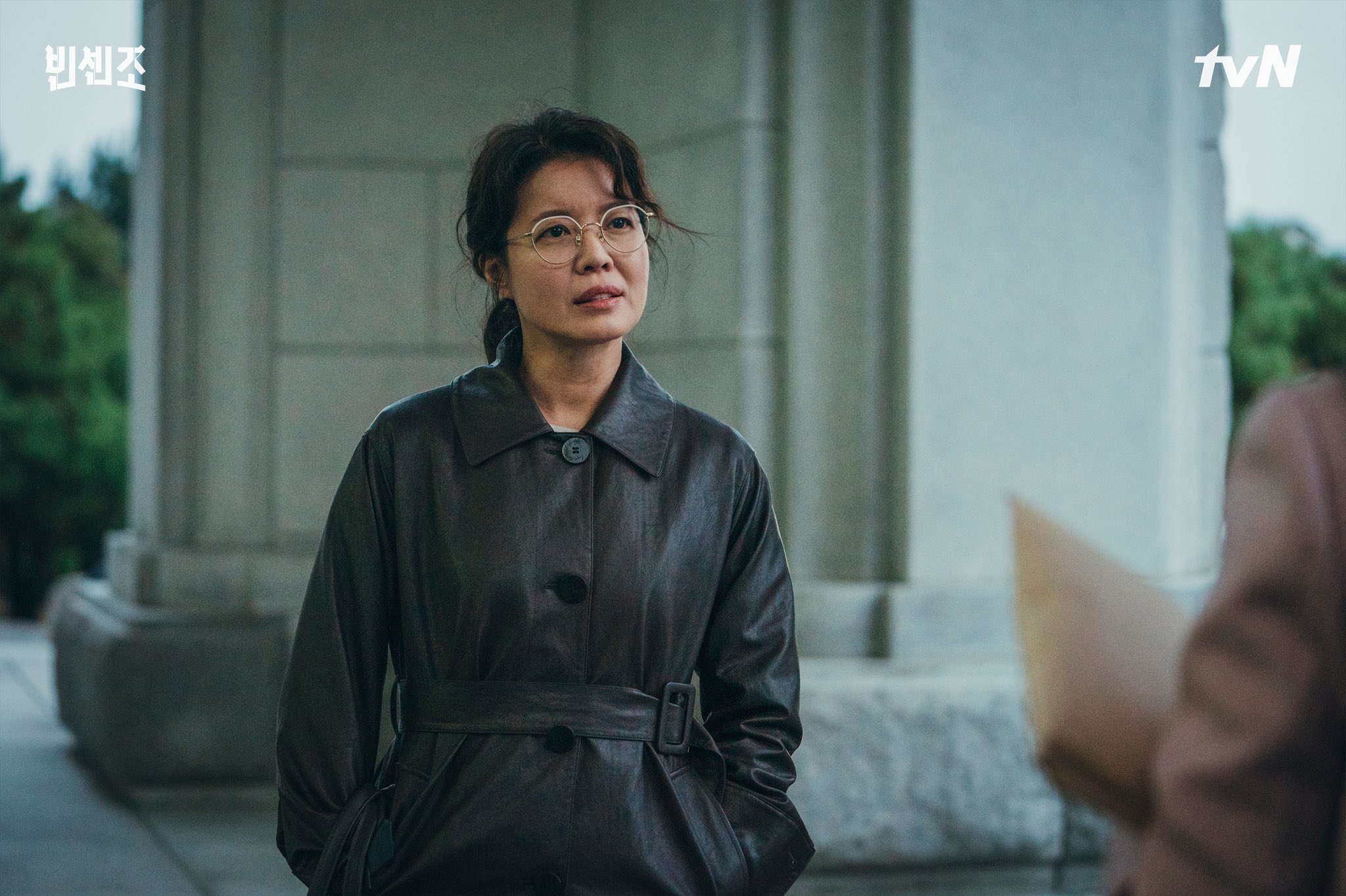 The drama’s producers commented, “In a situation where they lack enough evidence to win the case, Vincenzo will once again make use of his extraordinary skills. Their joint operation with Geumga Plaza will also be interesting to watch.”

In the meantime, check out Jeon Yeo Bin in “Melo Is My Nature” below: