The drama is a romantic comedy starring Lee Min Ki as a thriller drama writer named Han Bi Soo, who chooses not to date, and Nana as a rom-com actress named Oh Joo In, who is unable to date. Kang Min Hyuk plays Jung Yoo Jin, a third-generation chaebol of a major cosmetics conglomerate who is also a long-time friend of Oh Joo In.

On March 8, “Oh My Ladylord” shared a new poster that gives a glimpse of the love triangle between Han Bi Soo, Oh Joo In, and Jung Yoo Jin.

On the wall is a huge photo of the popular actress Oh Joo In, who is wearing a bold red dress that highlights her dazzling beauty. Han Bi Soo is sitting next to the picture frame, and he holds out his cellphone that has a photo of Oh Joo In on it. There is a gentle smile on his face, which hints that he only becomes soft in front of one woman. Sitting across from Han Bi Soo is his rival Jung Yoo Jin. He is holding a magazine with Oh Joo In on the cover, and his expression is refined yet determined. It will be interesting to see the romance unfold between a man who doesn’t date, a woman who can’t date, and a man who wants to become more than just a friend. 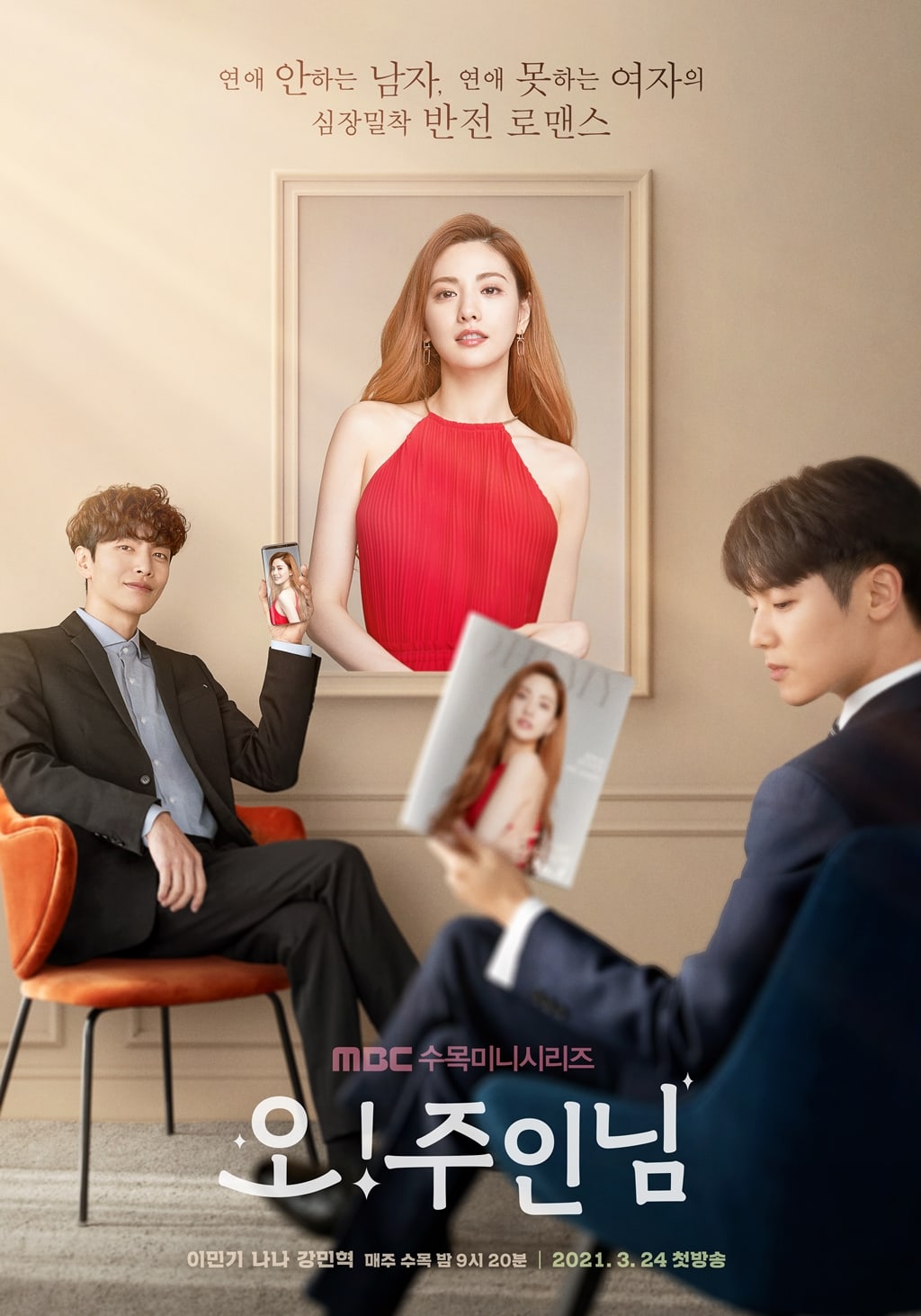 Watch Lee Min Ki in “Beauty Inside” below: