KBS 2TV’s “River Where the Moon Rises” shared some stills of the turbulent return of Kim So Hyun to the royal palace.

A reinterpretation of a classic Goguryeo folk tale, “River Where the Moon Rises” is a new drama that retells the famous love story of Princess Pyeonggang (played by Kim So Hyun) and On Dal (formerly played by Ji Soo and currently played by Na In Woo).

The next episode will show the events that follow after Pyeonggang regains her princess status. The newly released stills foreshadow a fierce political power. In one photo, Pyeonggang seems to saying something to her father King Pyeongwon (Kim Bup Rae), who is in deep thought. In another photo, Hae Mo Yong (Choi Yoo Hwa) is kneeling on the floor in front of the royal family. Go Won Pyo’s (Lee Hae Young’s) serious expression hints that something unusual is happening. 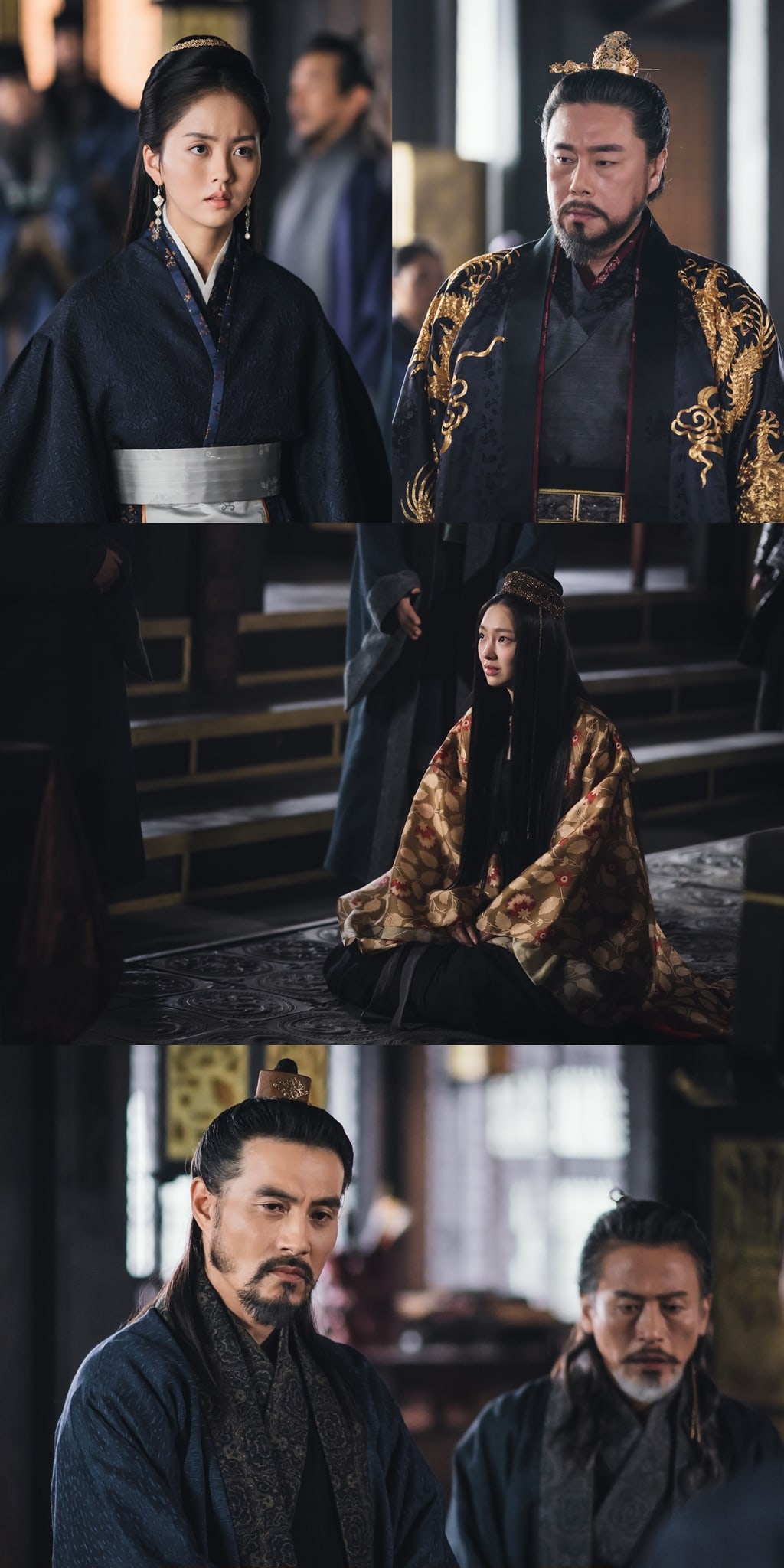 The aristocrats of Goguryeo’s imperial family are feeling nervous and threatened by the emergence of Pyeonggang. They were the ones who killed Queen Yeon (Kim So Hyun) eight years ago, so they are not happy about Pyeonggang’s return since she knows the truth. As a result, viewers are focused on what actions these aristocrats will take in order to not lose their power to Pyeonggang.

Hae Mo Yong, who was captured by the royal family, also knew about Pyeonggang’s identity and was thinking about how to use the information to her advantage. It will be intriguing to find out why she was brought to the palace and how she will affect the power struggle between Pyeonggang and the aristocrats.

The production crew stated, “Hae Mo Yong is a figure closely related to the Goguryeo Conference, and her appearance will bring great tension to Goguryeo’s imperial family. Pyeonggang will also become actively involved in the power struggle within the royal family that is centered around Hae Mo Yong. Please look forward to the seventh episode that will show Hae Mo Yong’s influence on the power struggle as well as Pyeonggang’s official involvement in it.”