“Midnight Sun” is a heart-fluttering romance musical about Hae Na and Ha Ram who meet and sing the brightest song of the sun. “Midnight Sun” (also known as “The Sun’s Song”) began as a Hong Kong film in 1993, and it was remade into a Japanese novel, film, and drama. The project has continued to receive love from all around the world, and it was also produced into a Hollywood film. Furthermore, the musical was performed in Korea in 2010 at Sejong Center, and it will now be revamped through a collaboration with top-notch creative staff members.

“Midnight Sun” has announced SHINee’s Onew, GOT7’s Youngjae, DAY6’s Wonpil, and Lovelyz’s Kei as members of the main cast. The role of Ha Ram, the boy as dazzling as the midday sun, will be played by Onew, Wonpil, Youngjae, and the musical actor Jo Hoon. The actors will each portray the refreshing energy of the brightest moment in youth with their own unique charms

Kei, Kang Hye In, and Lee Ah Jin will be playing Hae Na, the girl who shines like the starlight. The actresses will impress audiences with their powerful voices and the character’s fresh personality. Hae Na’s father Seo Joon Woo will be played by Kim Joo Ho and Jung Ui Wook.

Along with the first casting lineup, the musical also revealed its teaser poster, which features a bright sky with the glow of the setting sun. On the beach, there’s a surfing board and a guitar that represent Ha Ram and Hae Na, expressing their shining youth in a beautiful way. The white foam from the sea and the bright blue sky deliver vitalizing energy and an escape from exhausting everyday life. 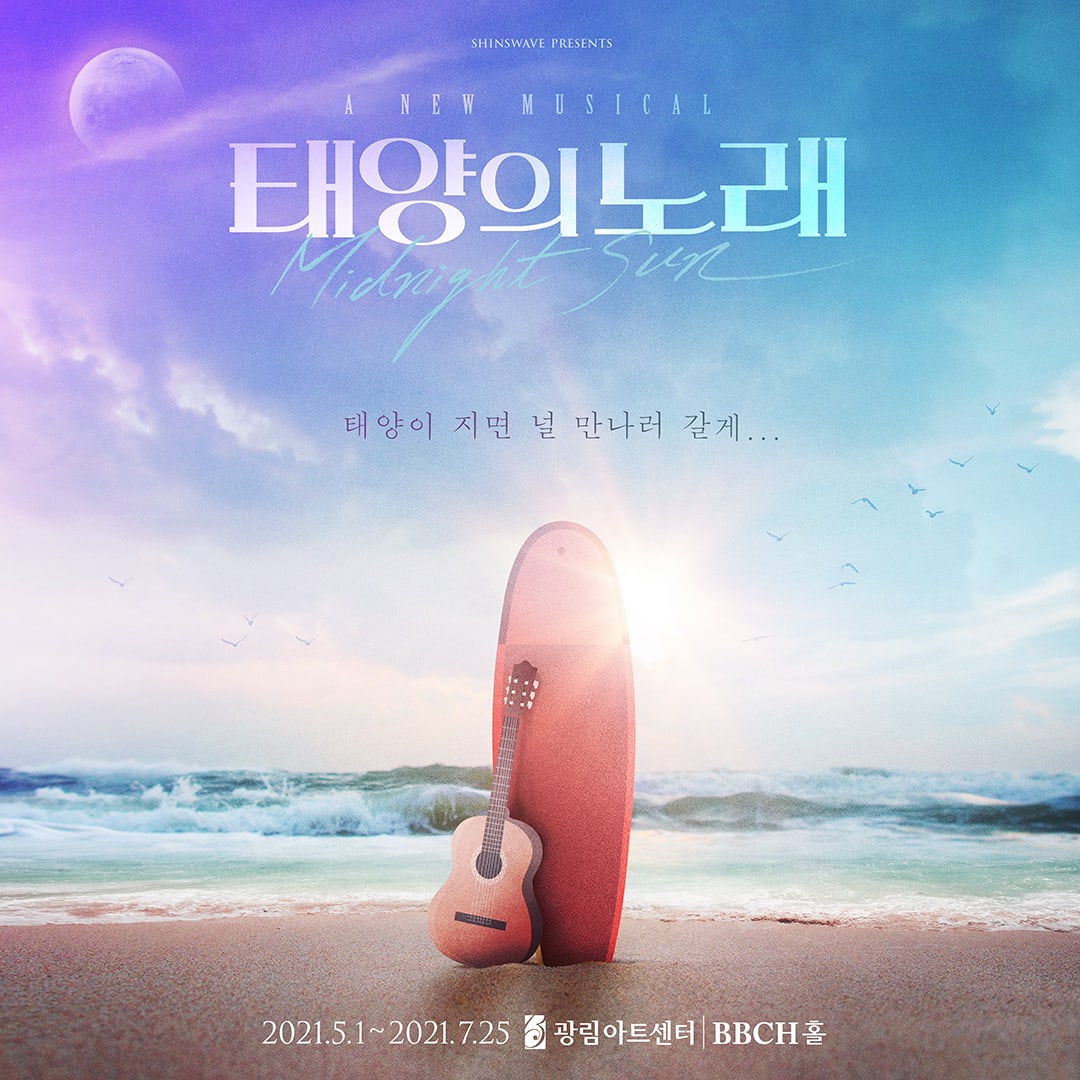 The global content production company SHINSWAVE, which develops and produces Korean musicals and exports them abroad, live streamed all musical performances with spectators to 52 countries following the changes that came with COVID-19. Having learned from this experience, SHINSWAVE will be live streaming all original musical performances online in 2021, and they will be planning to diversify the platform so that viewers can enjoy the performances anytime and anywhere.

The musical will be performed starting on May 1 until July 25 at the Kwanglim Arts Center. Tickets will go on sale starting March 12.

GOT7
Lovelyz
DAY6
SHINee
Kei
Wonpil
Onew
Youngjae (GOT7)
How does this article make you feel?