KBS2’s “River Where the Moon Rises” has revealed new stills of Kim So Hyun and the King.

A reinterpretation of a classic Goguryeo folk tale, “River Where the Moon Rises” is a new drama that retells the famous love story of Princess Pyeonggang (Kim So Hyun) and On Dal (Na In Woo).

In episode 7, Pyeonggang snuck into a medicinal herb store to figure out Hae Mo Yong’s (Choi Yoo Hwa‘s) identity. Here, she discovered that young women were being sold off to Silla and decided to hide among them despite the dangers of doing so.

New stills show Pyeonggang back at the palace in her princess attire, wearing an expression of disapproval. She stands firmly in front of King Pyeongwon (Kim Bup Rae) and and the royal officials, and the young women are kneeling on the ground behind her. It appears that she has succeeded in intercepting the women who were being sold off and has brought them to the palace. 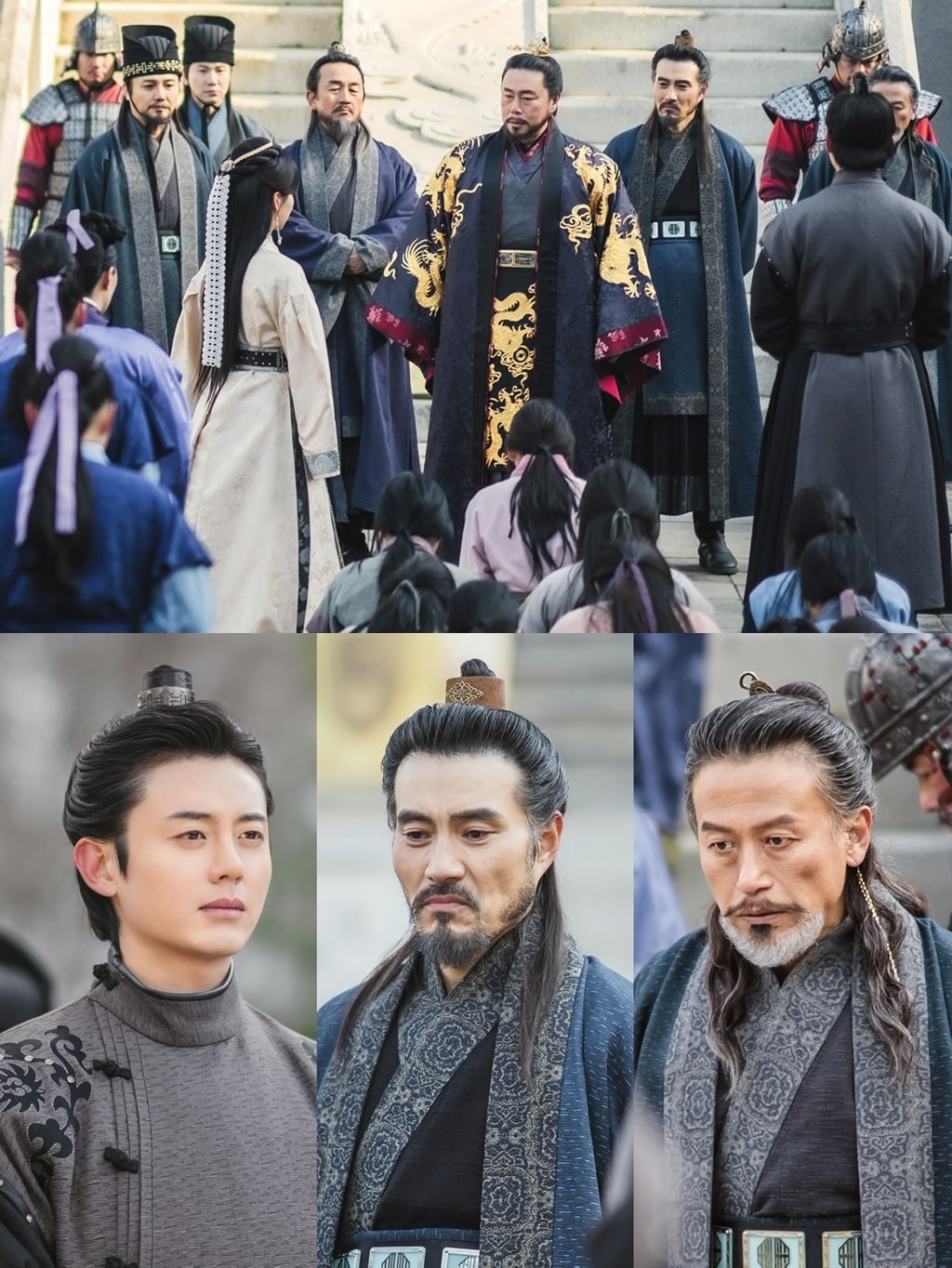 It is interesting to note that each individual in front of Pyeonggang has a different expression on his face. Go Geon (Lee Ji Hoon) makes an undecipherable poker face, while his father Go Won Pyo (Lee Hae Young) looks quite displeased. Hae Ji Wol (Jung In Kyum), who is directly related to the herbal medicine store, appears to be feeling uneasy.

Episode 8 will reveal how Pyeonggang saved the young women and returned to the palace as well as how Pyeonggang’s disclosure will affect Hae Ji Wol, Hae Mo Yong, and the other aristocrats.

A source from the drama shared, “Please look forward to seeing how Pyeonggang will change the norms set by the political authorities of Goguryeo.”

Watch “River Where the Moon Rises” with subtitles here: