JTBC’s “Beyond Evil” has shared a new glimpse of its stars behind the scenes of filming!

“Beyond Evil” is a dark psychological thriller about two men who are willing to break rules and the law in their pursuit of a serial killer. As they attempt to track down the murderer, they must repeatedly ask themselves, “Who is the monster? Is it you? Is it me? Is it us?”

Yeo Jin Goo stars as Han Joo Won, an elite detective who transfers to the local police station in the quiet village of Manyang, while Shin Ha Kyun plays Lee Dong Shik, a former detective who has been demoted to doing menial work in his hometown.

In newly released behind-the-scenes photos from the set, Yeo Jin Goo and Shin Ha Kyun display their strong teamwork as they passionately plunge headfirst into their characters. Between takes, the two stars sport bright, playful smiles as they briefly step out of their roles—but the moment the cameras start rolling, the intensity of their gazes instantly returns as they skillfully portray the tension between their characters.

The photos also capture the actors’ remarkable focus and dedication to their craft, showing the two leads—and their co-star Lee Gyu Hee, who plays the role of Kang Jin Mook—concentrating as they carefully monitor their own performances. Yeo Jin Goo even nervously bites his lip as he watches one particular take.

However, during the break that follows, all that tension melts away as Yeo Jin Goo cracks a cheerful grin while chatting with Lee Gyu Hee and Shin Ha Kyun. 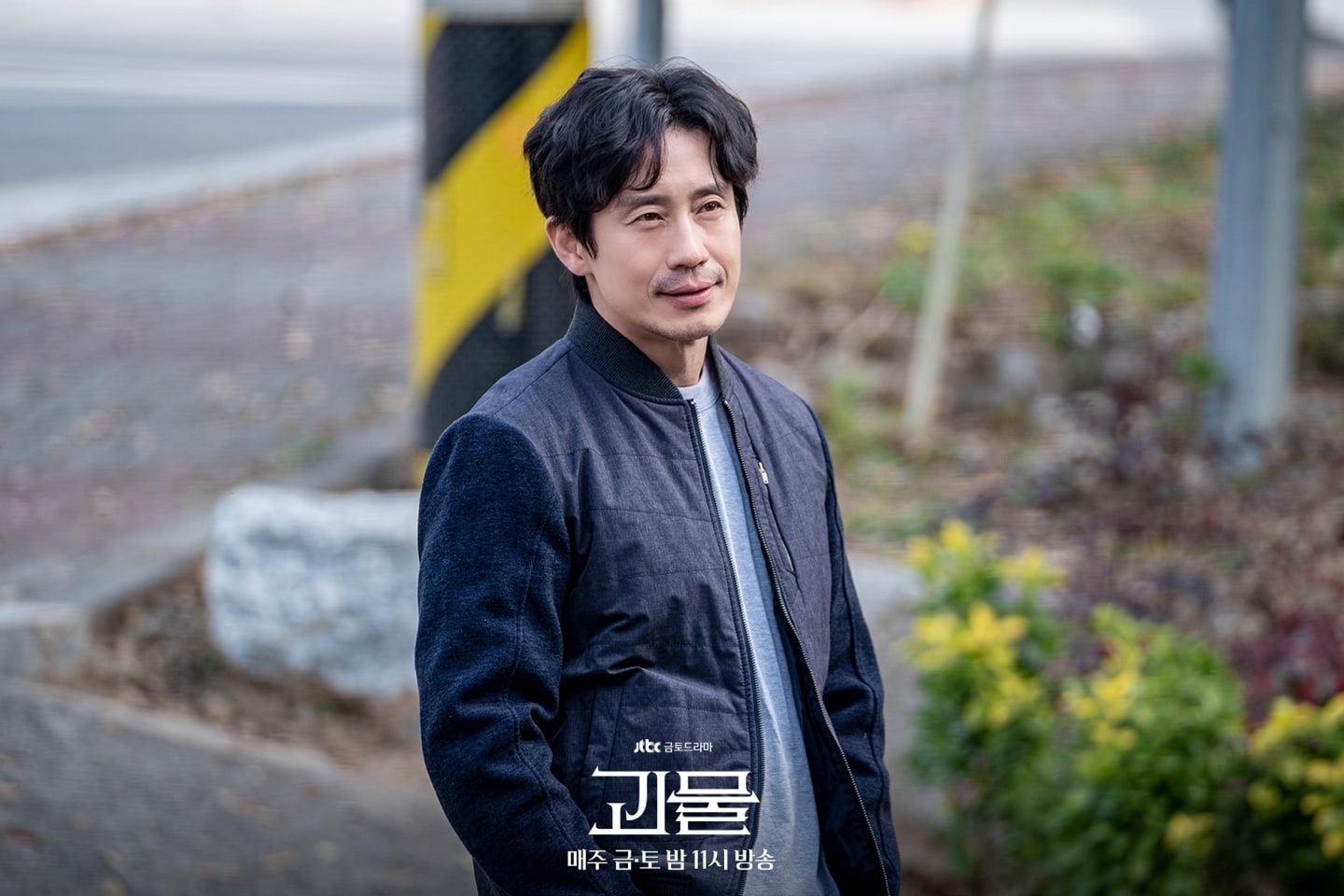 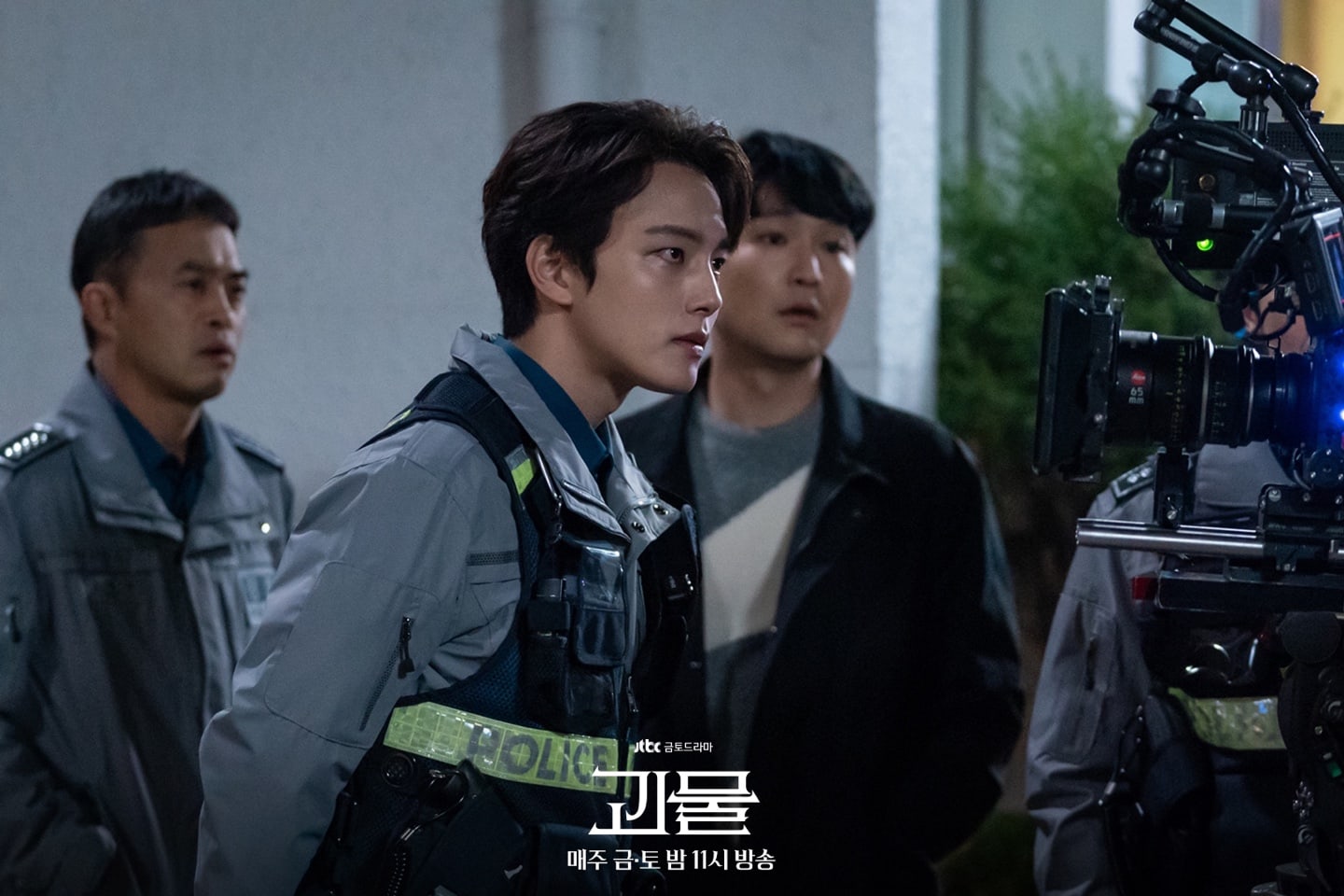 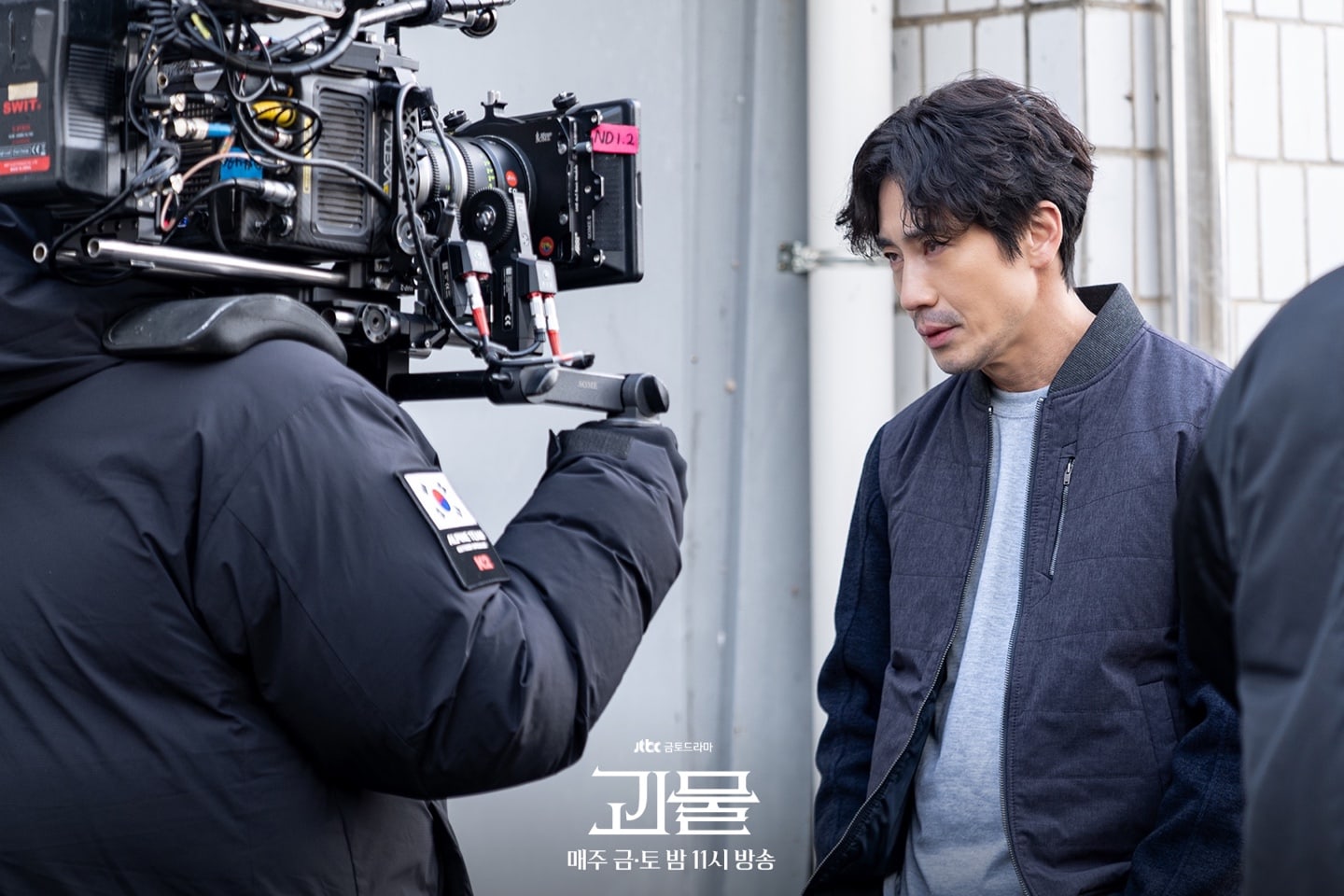 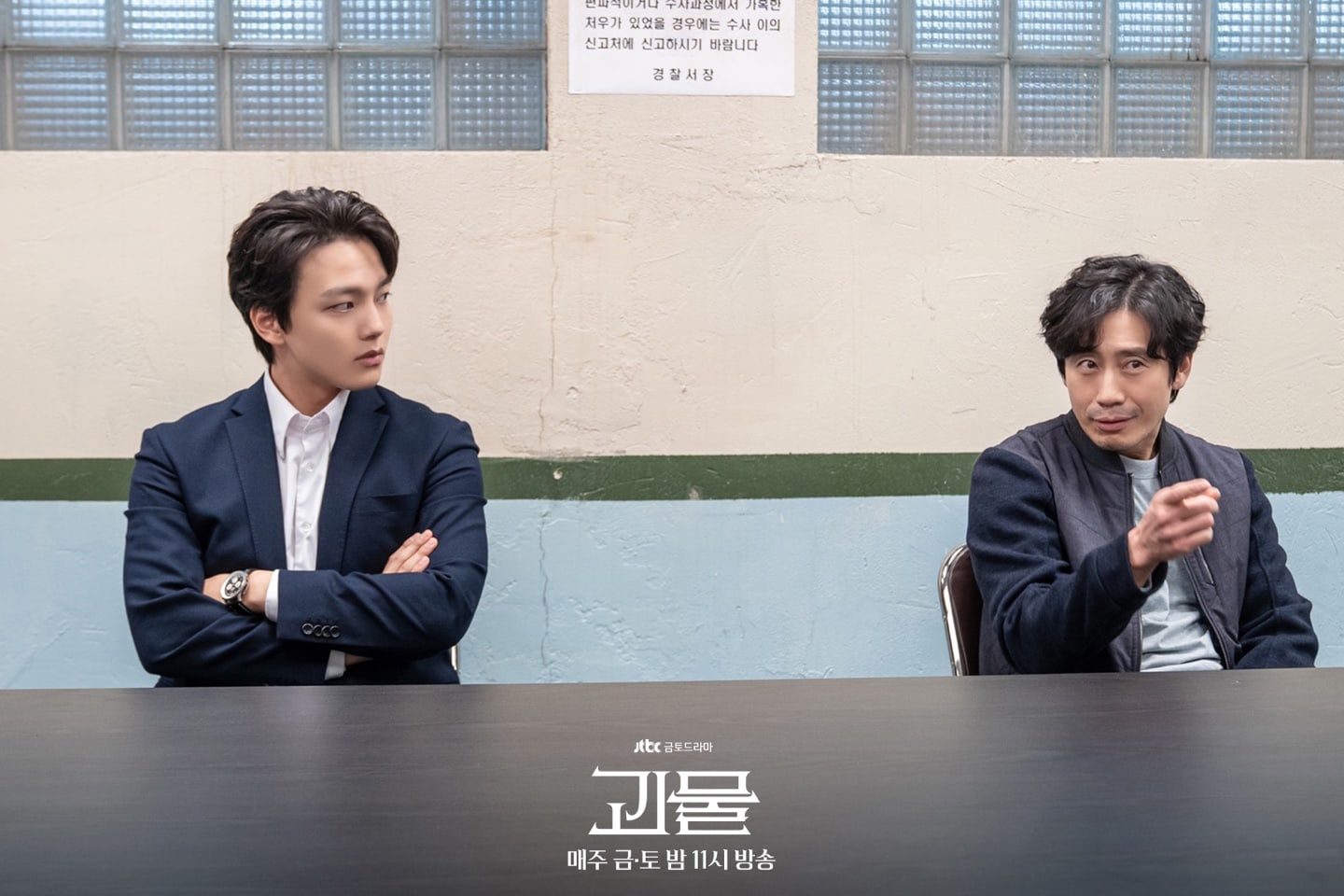 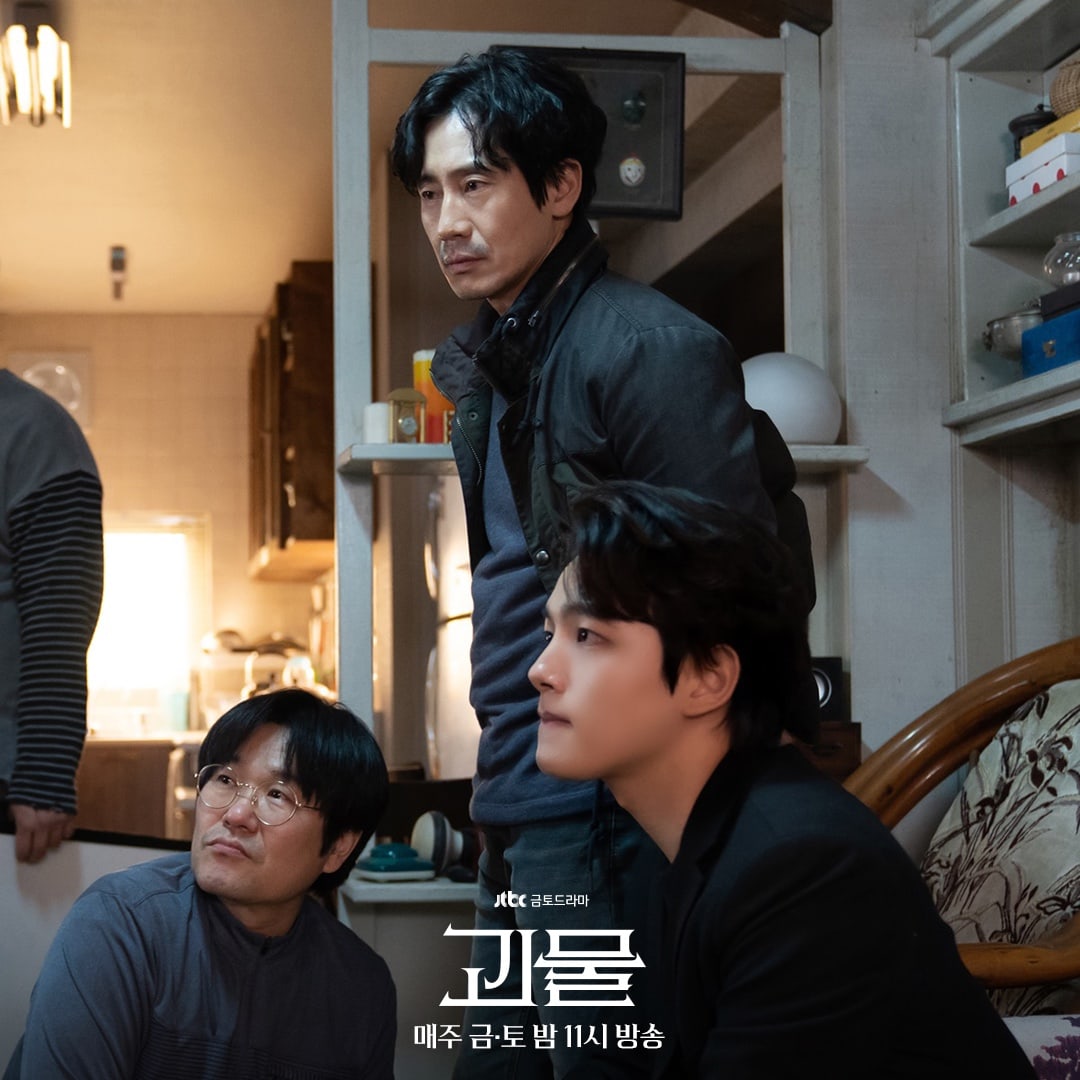 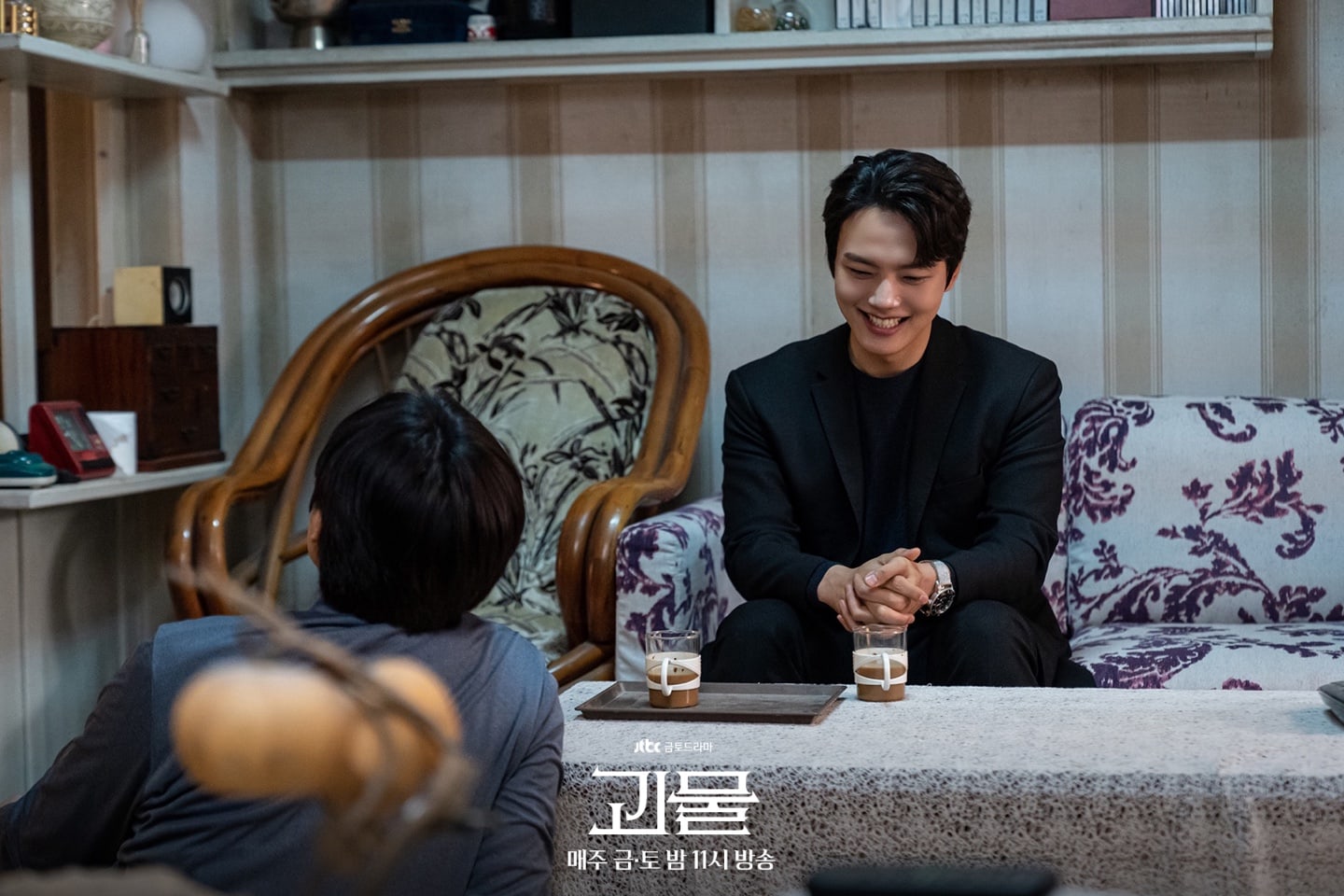 The producers of “Beyond Evil” teased, “Faced with a mix of lies and the truth, the psychological mind games of Lee Dong Shik and Han Joo Won will heat up even more.”

They went on to add, “Please stay tuned to find out what is hidden behind the provocation of the true perpetrator Kang Jin Mook—and whether Han Joo Won will be able to uncover the truth.”