“Oh My Ladylord” is about a top thriller writer named Han Bi Soo who “won’t” date (Lee Min Ki) and a rom-com actress named Oh Ju In who “can’t” date (Nana). CNBLUE’s Kang Min Hyuk rounds out the lead cast as Jung Yoo Jin, a third-generation chaebol who has been friends with Oh Ju In for a long time.

Nana’s character Oh Ju In is a popular actress who is loved by many men but is actually a free spirit. Ever since she was 17 years old, she has been protecting her weak mother on her own, and she is a loving daughter will do anything for her mother. Through this new role, Nana will show a more mature appearance as an actress by portraying Oh Ju In’s glamorous side, easy-going nature, and deep emotions.

In the newly released stills, Nana completely transforms into Oh Ju In, who diligently studies her script and gets ready to act behind the camera. 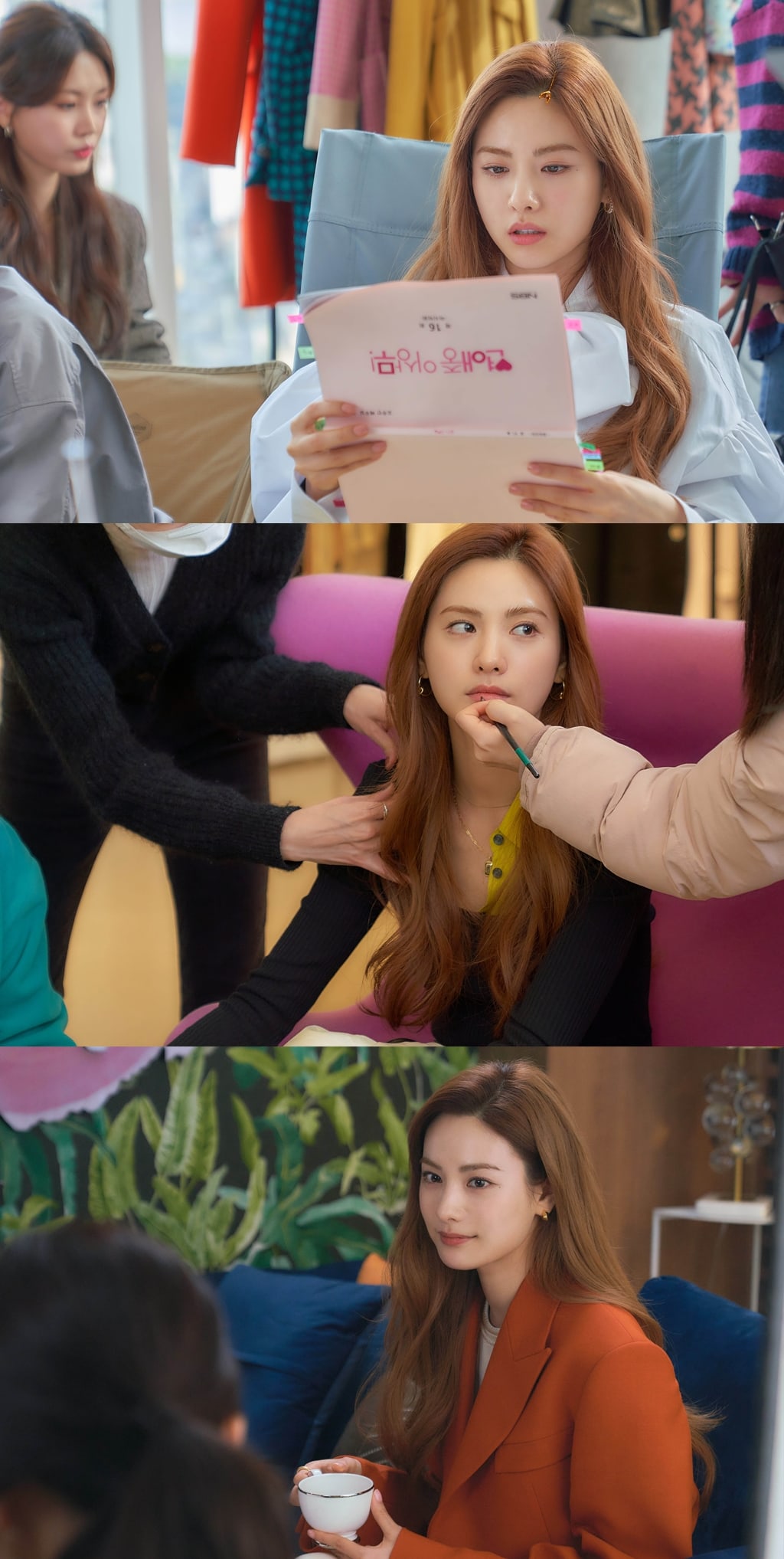 When asked why she chose to star in this drama, Nana answered, “I thought I could approach and understand the character more comfortably because I would be able to sympathize many things with her since we have the same job. Also, I wanted to express a daughter’s love and care for her mother in an honest and comfortable way through Oh Ju In.”

Nana talked about Oh Ju In’s charms, saying, “Oh Ju In likes to give to people, and that kind of behavior is natural to her, which makes her a warm person. Also, she tries to see the good sides of people and share them with the person in an honest way. Oh Ju In and I have similar jobs and personalities, but we have some differences, like the situations we’re in, so our synchronization rate is 70 percent.”

Nana worked hard to make up for that 30 percent, and perhaps her efforts paid off because the production team confidently shared she is 99 to 100 percent synchronized with her character. Fans can look forward to the first episode to see Nana with a new role they have never seen her play before.